A campaign to raise funds for a new ER at Langley Memorial Hospital (LMH) was unveiled Monday, with word that a substantial portion of the target amount has already been pledged.

Calling itself Emergency Response, the campaign to build the new emergency department revealed two multi-million dollar donations have been made.

Maria Martini and Allan Skidmore announced their families’ gifts, $5 million and $2 million respectively, at a Monday press conference to kick off the $15-million fundraising campaign, said to be the largest in Langley history.

“It’s time to give back,” Ron Martini said.

“Every time we have come here (to the ER to assist a family member) we have seen a tremendous need,” Maria Martini said.

She said she hoped the new ER was a “stepping stone to a new hospital.”

The couple said when they moved to Langley over 40 years ago, the population was 30,000. The combined population of the Langleys, City and Township is now around 150,000 and the hospital hasn’t kept up, they said.

The Martinis are owners of Starline Windows.

Allan Skidmore, the first major donor to make a commitment, said he became determined to do something following a few days stay in the LMH ER in 2013, when he required treatment for a mini-stroke.

“Great services, great people,” he recalled, but the overloaded facility was in great need of an upgrade.

Skidmore is founder of the Wireless Wave cellular service.

He and his wife Clarice also support BC Children’s Hospital in honour of their grandson, funding the Alex Skidmore Renal Dialysis Unit.

“We are grateful to the Martini and Skidmore families for their generosity,” said Phil Jackman, campaign chair the Emergency Response campaign.

“The new emergency department will double our current footprint and ensure that as Langley continues to grow, people in this community will have access to emergency care, in a space built to meet their needs.”

Plans to fund a new MRI machine, to become operational in 2019, were also announced, part of the reason why the target amount has increased from the previously-announced goal of $11 million to $15 million.

The new emergency department is expected to open in fall 2020. 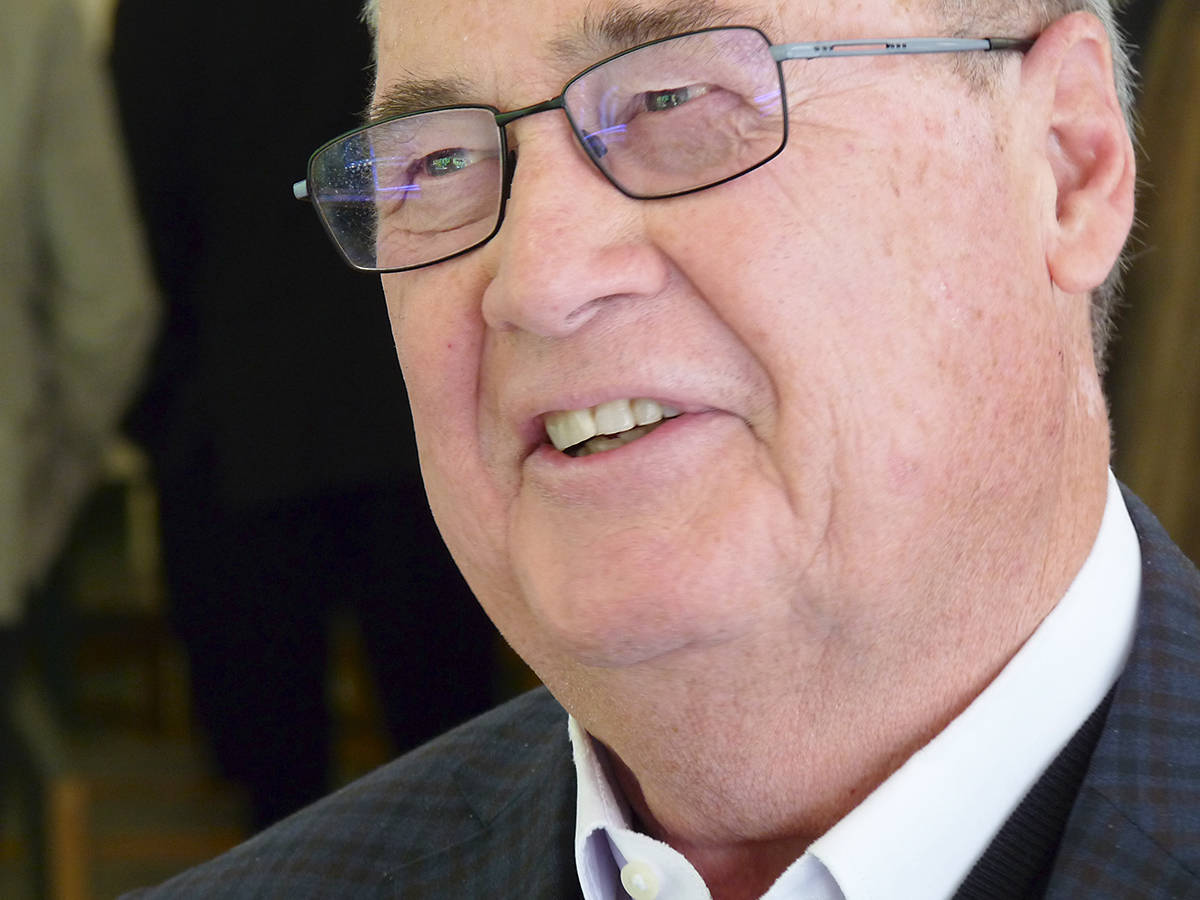 Allan Skidmore and his wife Clarice are donating $2 million to the campaign to help fund a new ER at LMH. Dan Ferguson Langley Times