More than 50 people were in attendance as a rainbow Pride flag was raised at Langley City hall for the second year in a row Monday afternoon.

It was a substantial increase from the previous year, some participants said, as much as 50 per cent more.

A few days before the event, a high-profile critic generated controversy when she complained the Pride flag was oppressive to non-gay people.

The claims made in a letter to city council by Culture Guard’s Kari Simpson produced heated commentary online, both for and against, and may have contributed to the increased turnout by supporters, a number of attendees believed.

There were four RCMP and two Langley City bylaw officers on hand, but no one against the flag appeared to be present.

The event was organized by Encompass Support Service Society’s program Friends of Dorothy, a LGBTQ2S+ youth group based in Langley.

Most of Langley City council and some members of the Langley school board attended.

Deputy Langley City mayor Rudy Storteboom said raising the flag for a week was a way of recognizing one of the City’s various communities.

“This is the place to be who you are.”

Councillor Nathan Pachal, who first suggested the flag as a cost-effective alternative to a rainbow crosswalk, said he believed an “average person” would not agree with the Simpson letter (Pachal was unable to attend).

In her letter to the city, Simpson, an opponent of the provincial sexual orientation and gender identity (SOGI) education curriculum, called the flag raising “the political symbol of a divisive political campaign that panders to sex activism, bully tactics, child abuse and special rights for certain groups…”

Among other things, Simpson’s letter complained about “men who want to engage in risky sex with other men” and said transgender “girls and boys (are) being allowed to surgically remove healthy body parts before they are old enough to drive or vote” and suggested gay sex is causing increased cancer and STD rates.

“I think it (the letter) speaks for itself” Pachal told the Times.

When the idea was first discussed two years ago, Pachal said a rainbow flag for Langley City would send a message of acceptance and inclusion to people of colour and “sexual minorities” who are often victims of discrimination and abuse.

At the time, Pachal said it was an important message in the wake of the recent violence in the U.S., in particular the massacre of patrons at a gay nightclub in Orlando, Fla., where 49 people were killed and 53 others wounded in what is considered a terrorist attack and a hate crime.

“To say that, as a municipality, we care for all our people, is huge,” Pachal said.

In her letter to council, Simpson identified herself as a “business owner with offices in the City of Langley” a few blocks away from city hall, but said she would not say exactly where because “sex activists within Langley will cause all kinds of disruption and would jeopardize the safety of my workers and that of other businesses.” 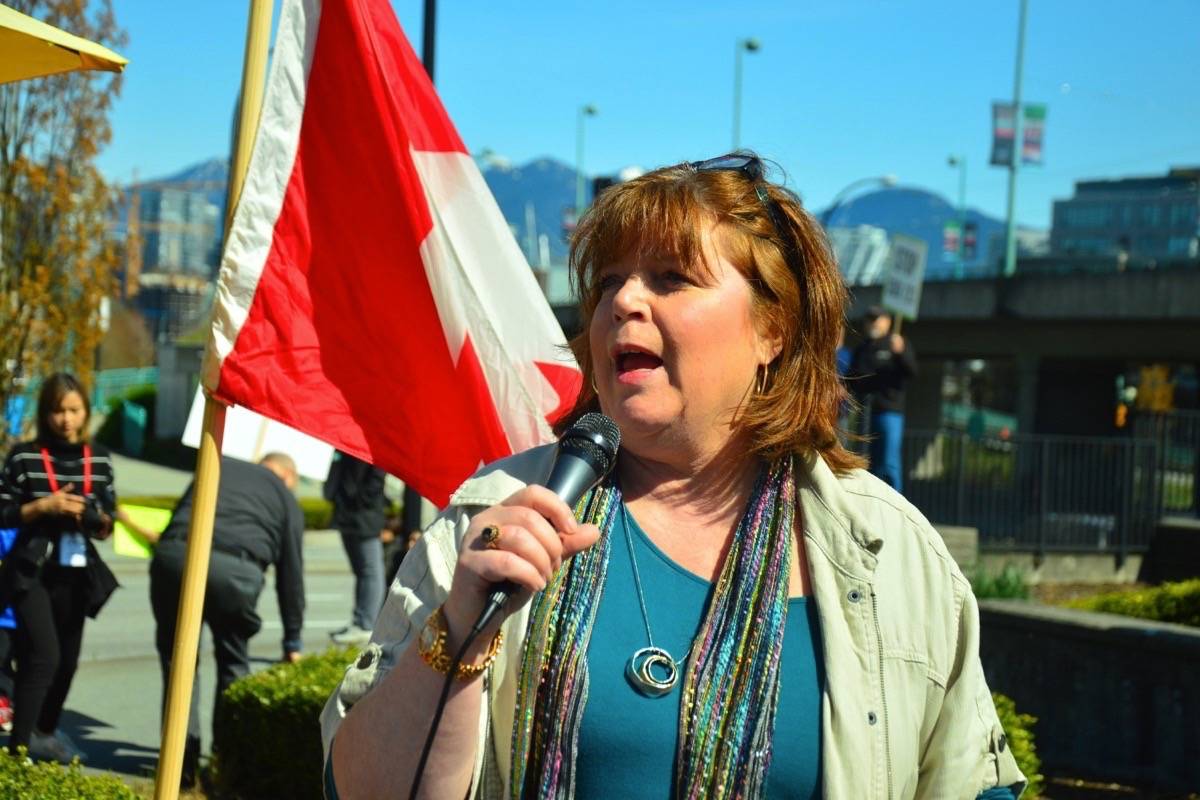 Canada could run out of EpiPens by end of August