Many animals at the Greater Vancouver Zoo in Aldergrove are living in “barren, under-sized cages and enclosures that restrict them from engaging in natural behaviours,” according to a report released Monday (Dec. 30) by the Vancouver Humane Society.

It calls on the zoo to improve conditions for its animals and to move away from “keeping animals unsuited to B.C.’s climate.”

It was prepared for the society by Zoocheck, a Canadian-based international wildlife protection charity, based on “issues identified during three separate visits.”

In the report, Zoocheck noted there have been improvements since the charity began issuing reports on the Greater Vancouver Zoo beginning in 1997, stating the zoo seems to have made a number of “significant, very positive, changes” but adding “some longstanding issues remain problematic and should be addressed.”

“They include, but are not limited to, lack of space for certain species, lack of appropriate environmental conditions, lack of environmental and behavioural enrichment, lack of shelter and privacy areas, lack of proper social contexts, excess ground water and water logging of enclosure substrates.”

“The main issue is a lack of enrichment,” Fricker told the Langley Advance Times.

Given the amount of space available on the 120-acre site, Fricker said the zoo should build larger enclosures with more for animals to do, “to alleviate boredom and frustration.”

In the longer term, he said, the zoo needs to stop keeping captive animals for entertainment and move toward being a sanctuary for native wildlife.

Fricker said the the zoo’s giraffe enclosure hasn’t been changed since a 2003 Zoocheck report described it as “barren and lacking in any stimulation for the animals to engage in natural behaviours.”

In the new report, Zoocheck said that giraffes are not suited to B.C.s climate and suggested the zoo consider constructing a new, larger and climate-controlled enclosure or relocating the giraffes to a “more species-appropriate facility elsewhere.”

The report cites the zoo’s raptor exhibit as an example of an undersized enclosure that denies natural behaviours, because it provides “little or no ability for the birds to engage in flight.”

The Zoocheck report also found that reptiles were being kept in “very restricted circumstances” with “minimal” space.

The hippopotamus enclosure was criticized for “lacking any vegetation and or enrichment elements” and the indoor holding facility was described as “small and not suitable for the permanent keeping of these animals.”

The zoo’s lone red fox should be found a companion or be sent to a facility that can meet its social requirements, the report said.

Squirrel monkeys and coatimundi, it said, were in small enclosures and should be moved to more appropriate accommodation.

Fricker said the report was sent to the zoo, which did not respond.

“We would hope the zoo would pay attention,” Fricker commented.

The Langley Advance Times has reached out to the Greater Vancouver Zoo for a response.

The zoo was called the Vancouver Game Farm when it first opened on Aug. 20, 1970, and operated as a family business by Pat Hines and his wife Ann, then their daughter Eleanor and husband Hugh Oakes until it was sold to new owners in 1991.

In 1999, the name changed again to the Greater Vancouver Zoo.

It is the largest facility of its kind in B.C. and houses more than 140 wild and exotic animals including lions, a tiger, cheetah, giraffe and hippos.

It also contributes to conservation efforts on various fronts including work to build back the population of the spotted frog and the Western painted turtle.

READ ALSO: Zoo awarded for its restoration of the Salmon River

Over the years, the zoo has faced controversy over the untimely death of some giraffes and the treatment of one of its hippos.

An outdoor enclosure was built for the hippo, including a large pond, after the criticism.

There have been protests by animal rights activists at the zoo from time to time. 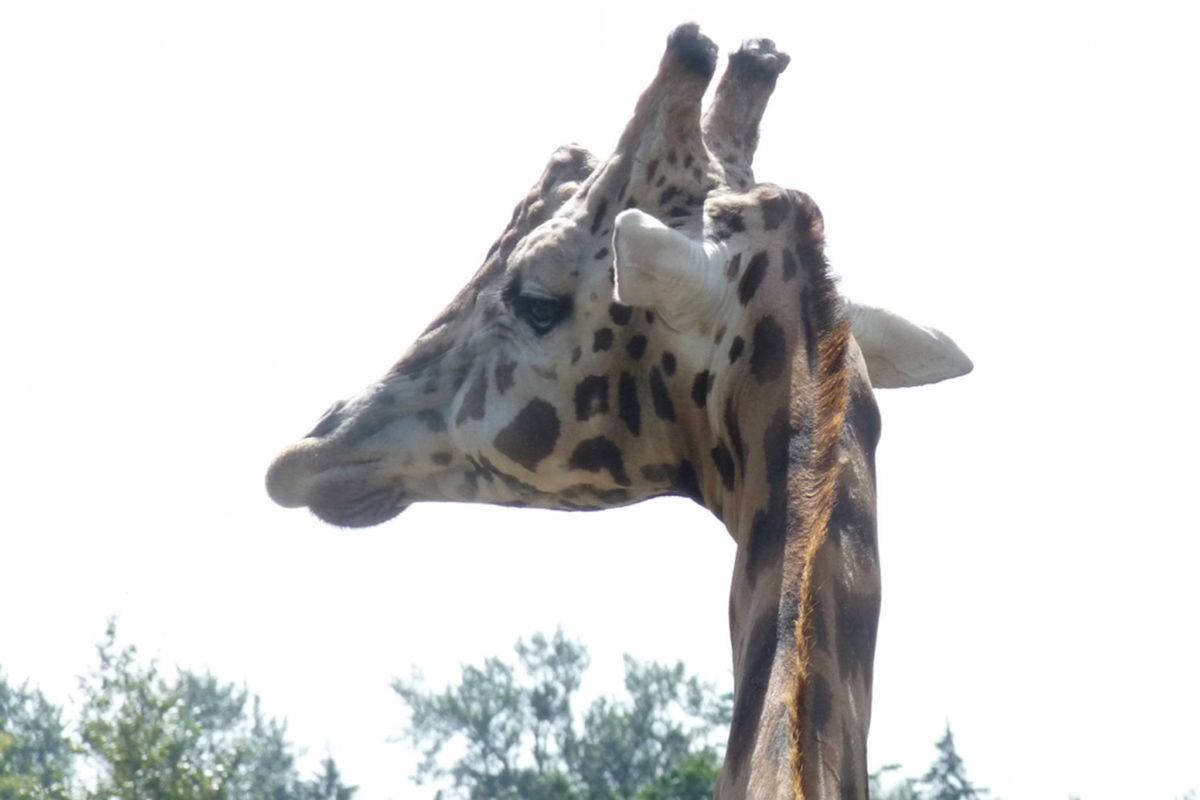 A giraffe at the Greater Vancouver Zoo in Aldergrove. A report released Monday (Dec. 30) by the Vancouver Human Society said the giraffe enclosure has not been improved since a 2003 report that called it “barren and lacking in any stimulation.” (Langley Advance Times file)

Woman dies after barricading herself in burning suite in Victoria