Of the many changes in Langley grocery stores due to the COVID-19 pandemic, 12 Walnut Grove grads working as cashiers couldn’t have guessed this one.

Their boss Charlie Lee, owner and manager of the IGA shut the store’s doors early on Tuesday, July 7.

It wasn’t to have the employees restock shelves, or sanitize the shopping carts either.

It was to surprise them with the prom they never got this year after Langley district schools had to cancel grad events to comply with provincial health guidelines.

Store employee and grandmother of one of the grads, Patricia Webb, saw the set-up before she finished her shift at work.

She said it was “just fabulous.”

“I have never seen anything like it,” explained Webb, with table and chair coverings accented in blue ribbons and fanciful place settings and arrangements.

The grads were told by Lee, and three others on store management, to come donning the dresses and suits they had purchased for their grad banquet this year.

“The rest was a surprise when they got here,” Webb said.

The grads arrived at their workplace to a blue banner hanging proudly over the store entrance with the words, “Congratulations Grads, Class of 2020.”

From there, the teens were escorted inside – down a red carpet – to a banquet area where they danced, toasted with non-alcoholic champagne, and indulged in appetizers and meals catered by Brown’s Social House.

“It was more than any of us expected,” said 18-year-old cashier Izzy Sehdev who wore a velvet blue dress.

“Charlie even dimmed the store lights and had spotlights shone on us,” she explained.

There was even a white backdrop set up with props for a photoshoot.

“It was as close to a prom as you could get,” Webb said, amazed by Lee’s show of kindness to his young employees.

“He is one of the nicest people I have ever met.”

“I don’t know of any other individual who would do something like this,” Webb told the Advance Times.

Grant agreed – “It was the closest thing to a prom I’ve had all of this year,” she said.

“It was really special because I don’t think anyone else in our grad class got anything like it,” Sehdev added.

“Us grads on staff all hang out outside of work anyways, so it was like having a dinner with your best friends.” 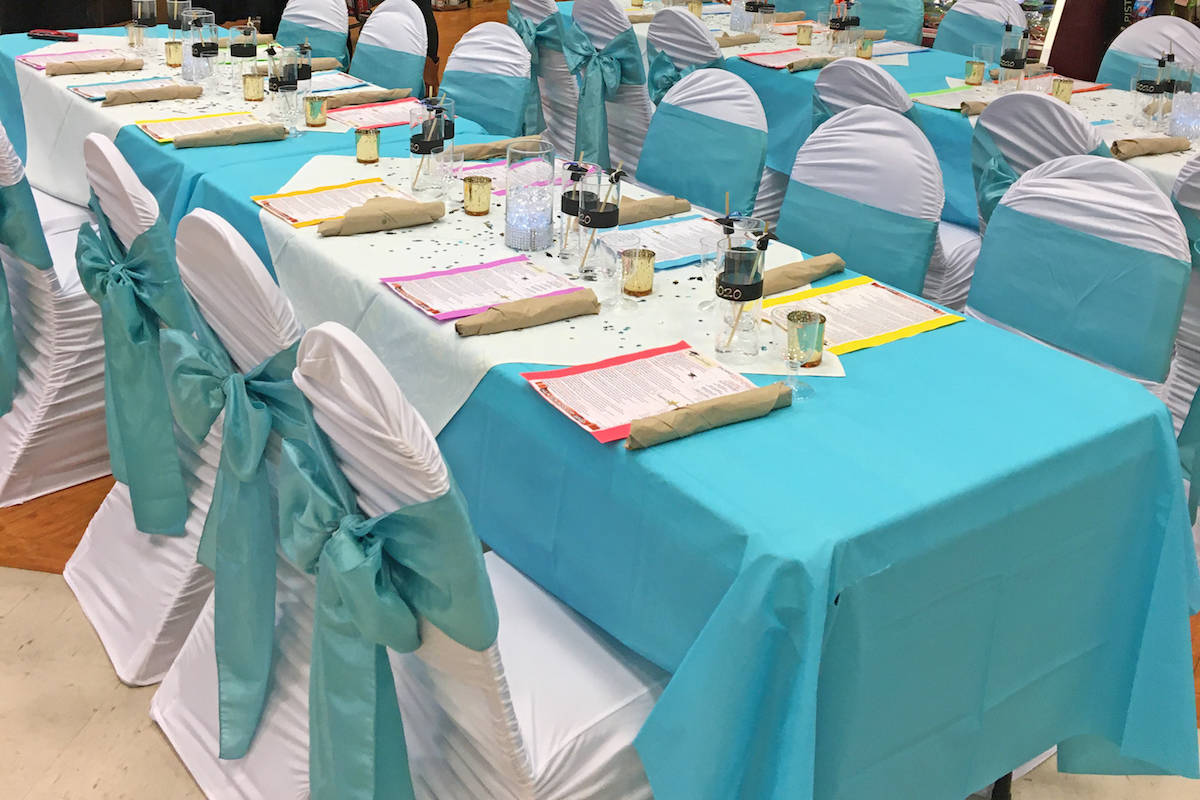 The IGA was closed early on July 7, the lights were dimmed and an area was set up with table and chair coverings accented in blue ribbons and fanciful place settings for prom. (Patricia Webb/Special to the Advance Times) 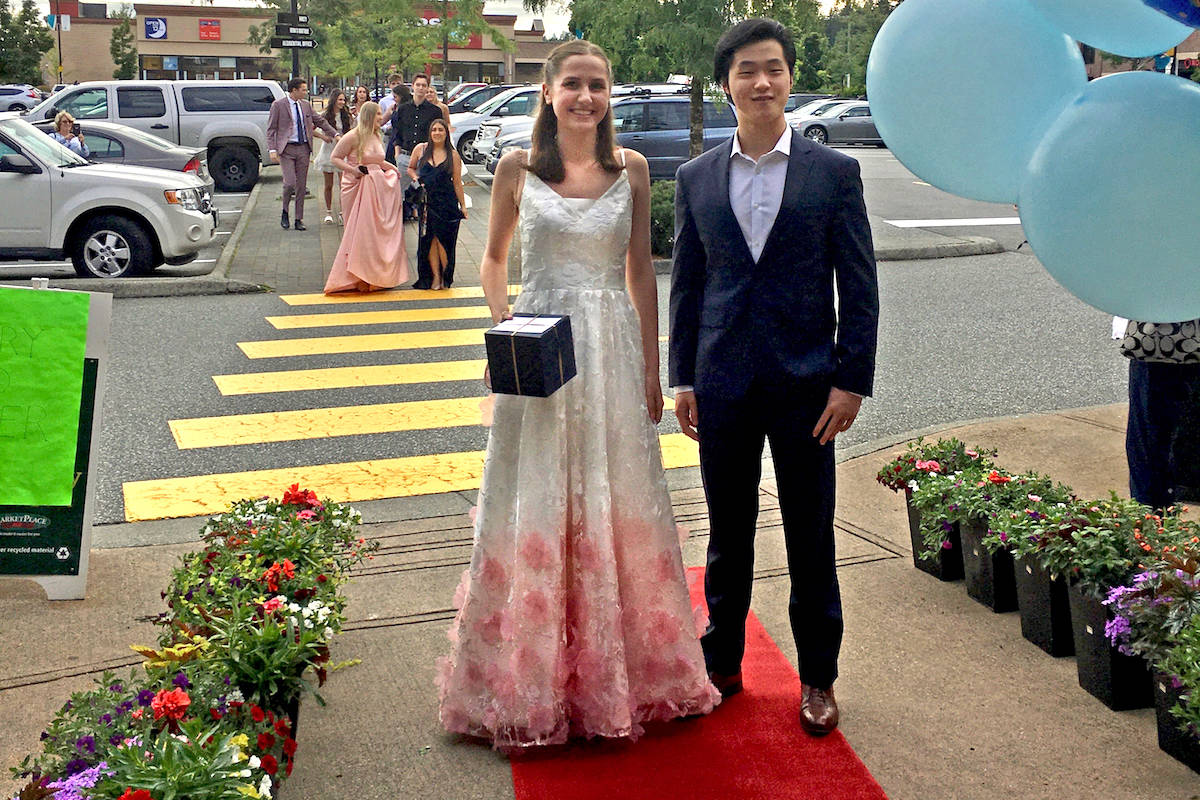 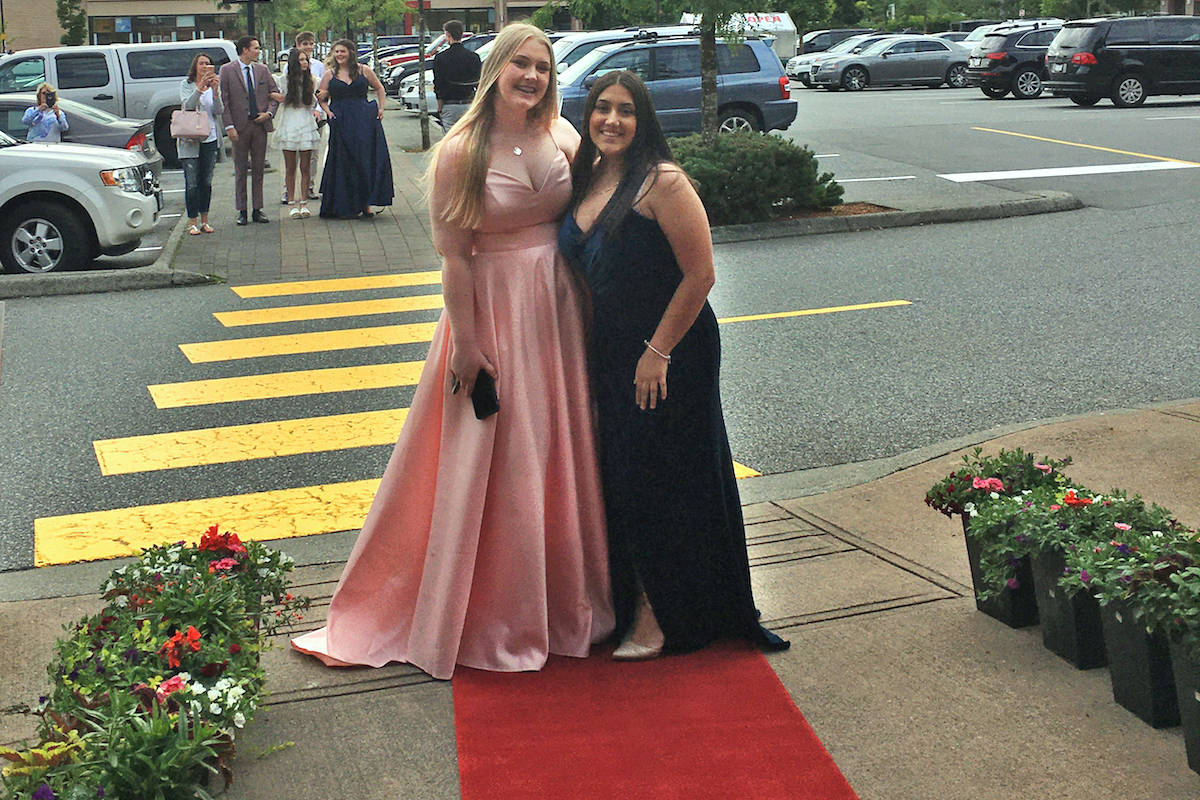 Community grants could be cut because of COVID-19 shutdown, City councillor warns