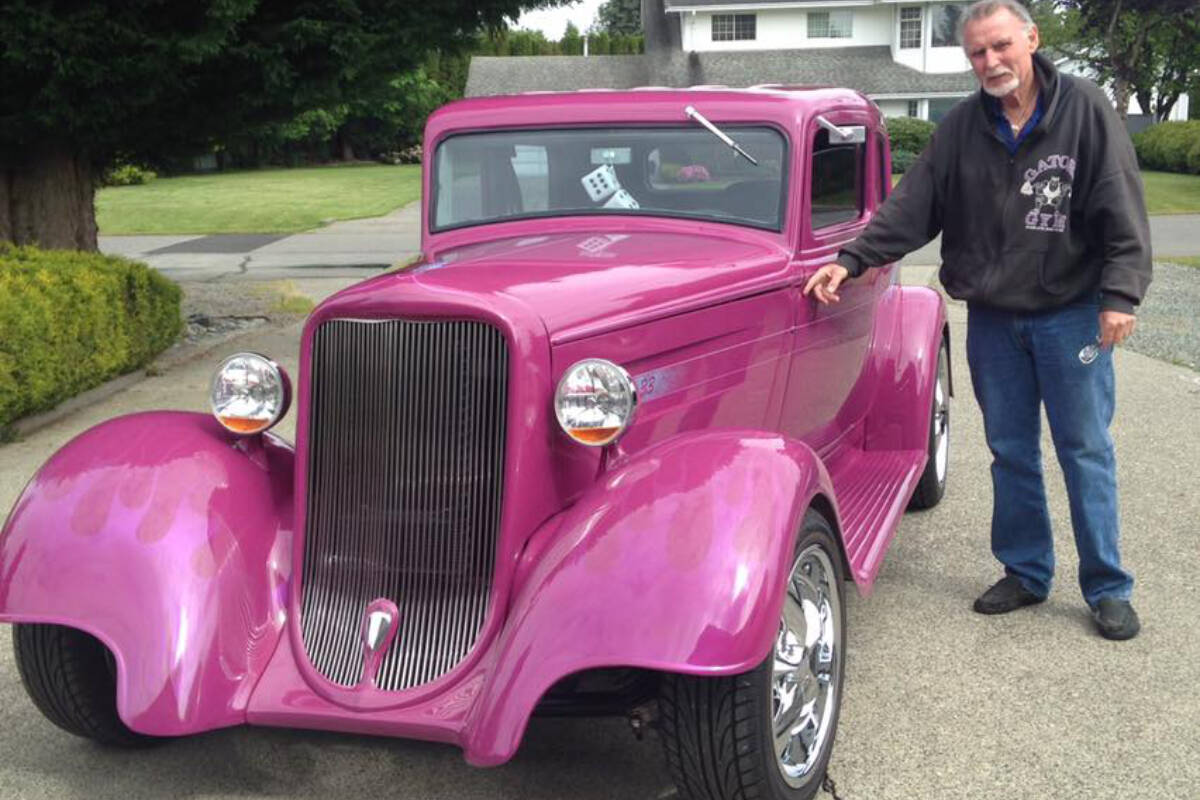 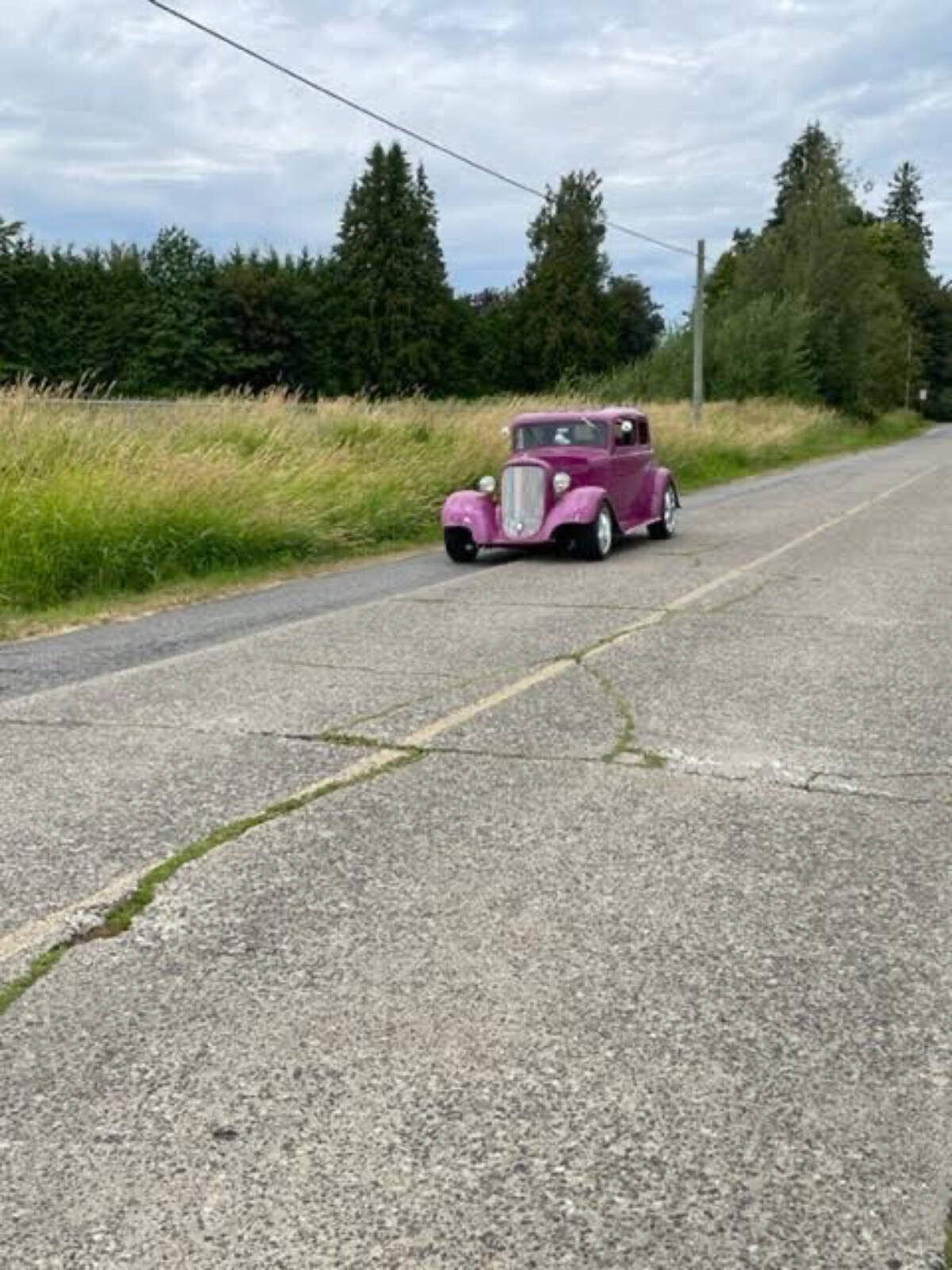 Ken Keffer drove his 1933 Dodge along the 100-year-old portion of Old Yale Road in Murrayville, just a few days before the actual anniversary. His car was the youngster, being built more than 10 years after the road was hard-surfaced. (Wally Martin/Special to The Star) 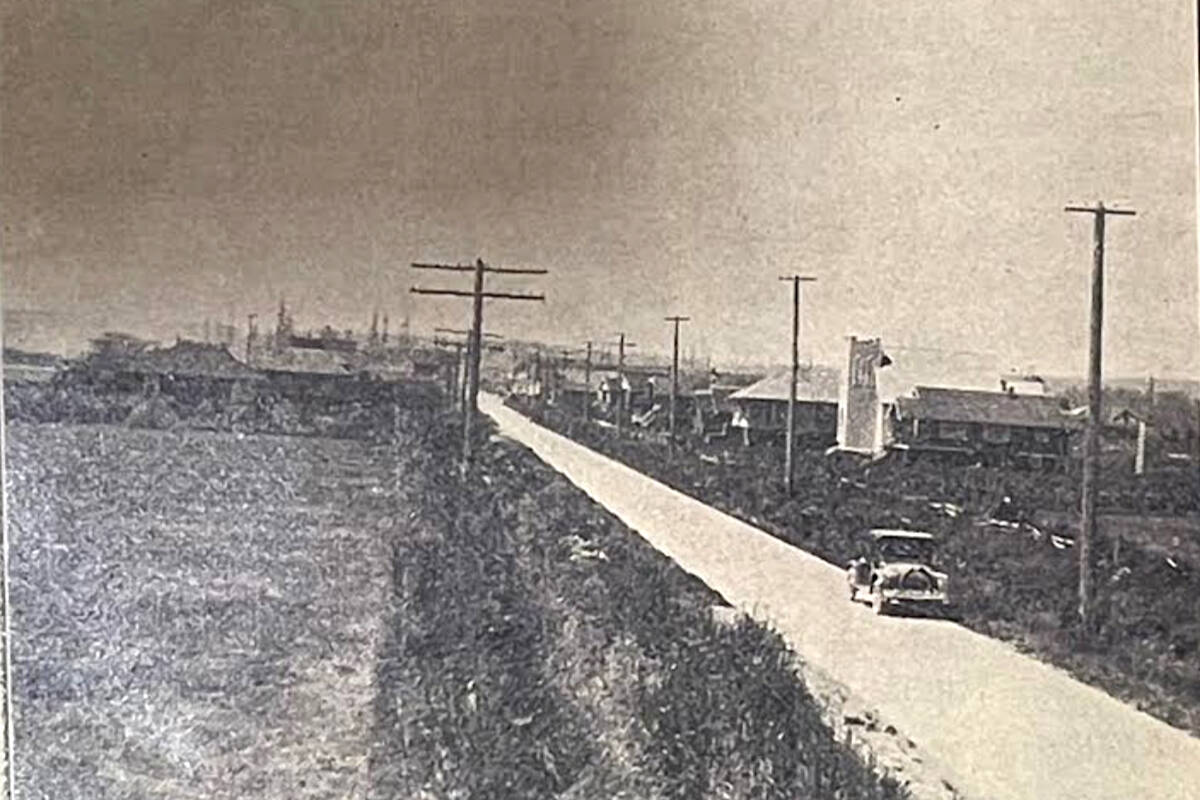 This July 1923 photo shows the new hard-surfaced Yale Road in Langley., running between Langley Prairie and Murrayville. The caption refers to the eventual Langley City. “In the distance is seen the prosperous and progressive town of Langley Prairie. (Hurndall & Company/Special to The Star) 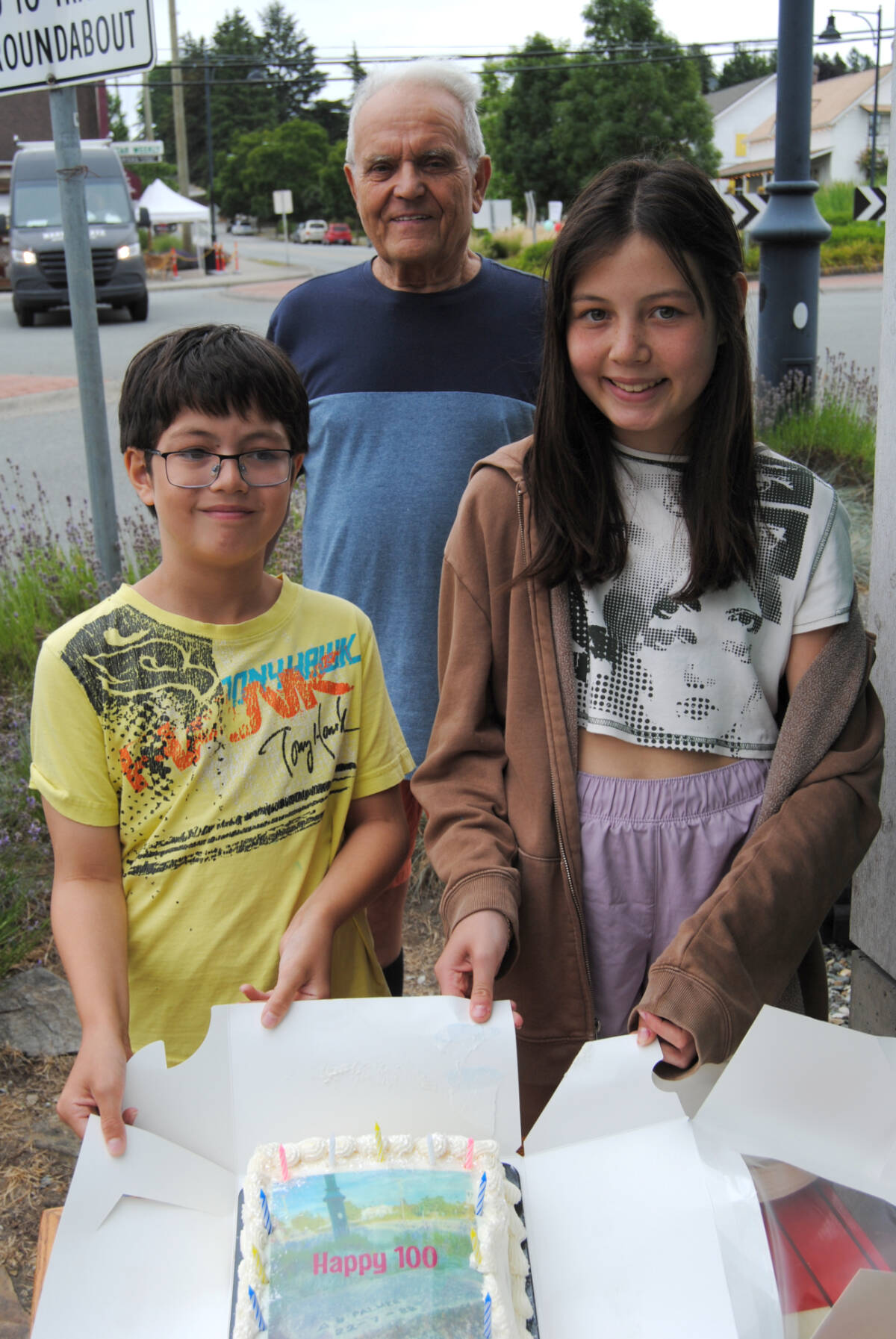 Wally Martin and his grandchildren – Adelyn, 12, and Jeremy, 10 – showed off a cake to mark the 100th anniversary of the hard-surfacing of Old Yale Road through part of Langley. (Frank Bucholtz/Special to The Star) 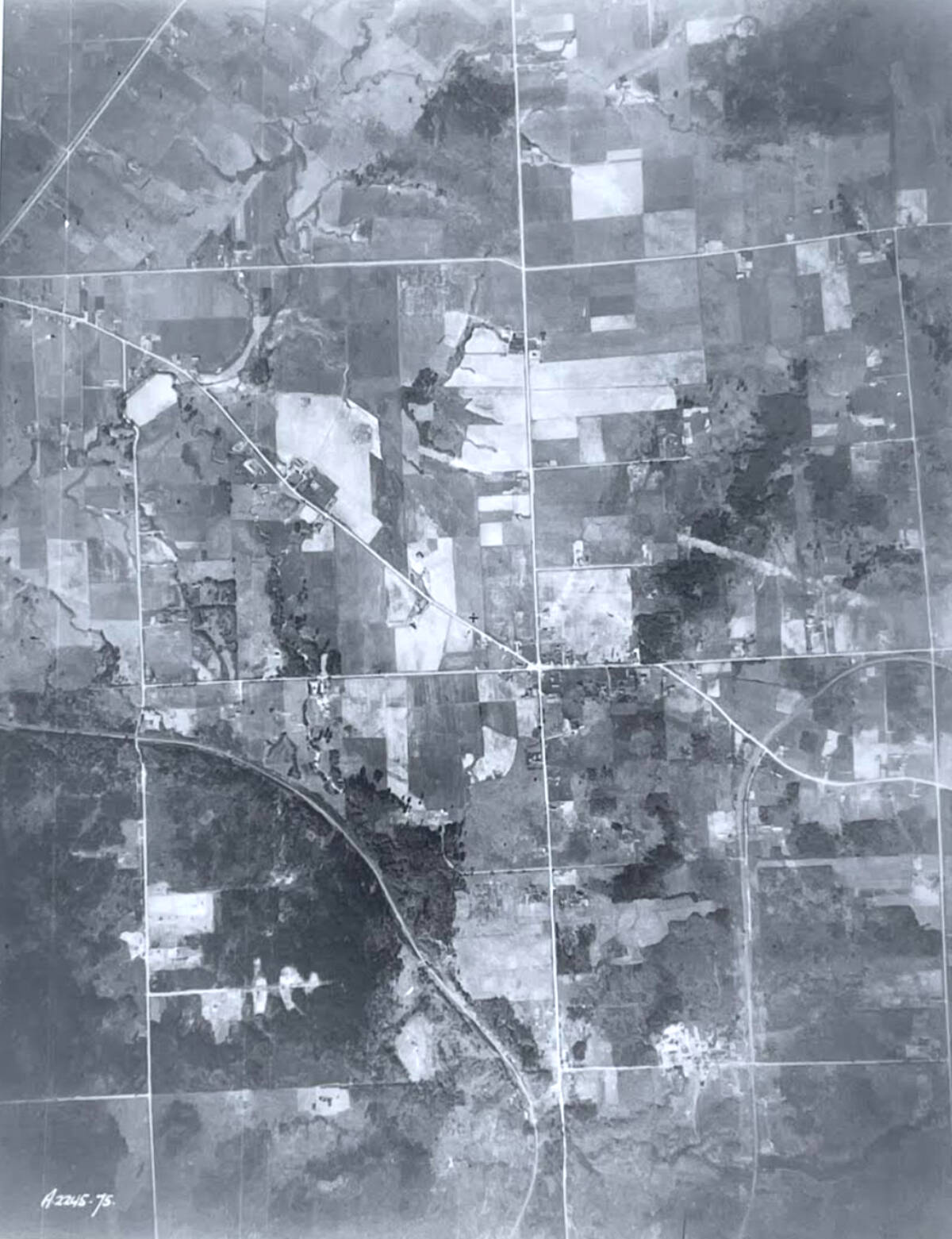 This photo shows Murrayville from the air in 1929. In the distance, the replacement of the Yale Road through Murrayville is under construction up Hospital Hill. (Special to The Star) 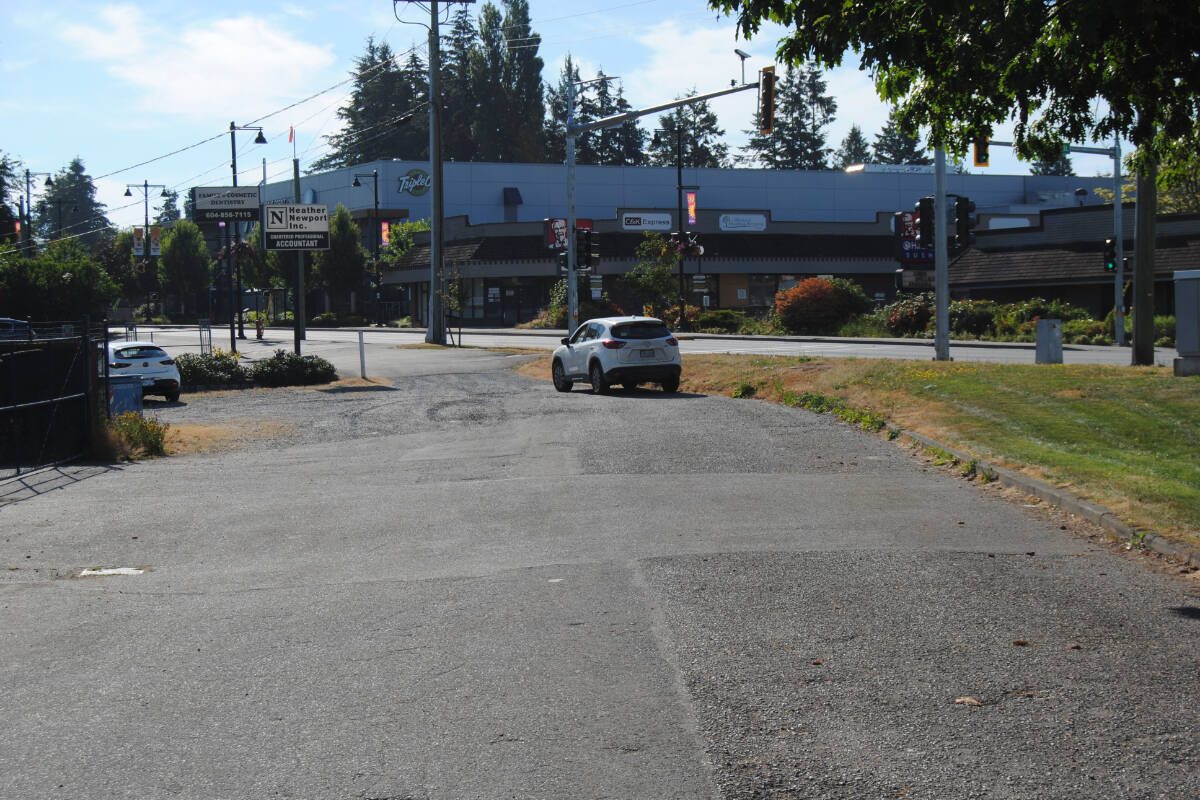 Old Yale Road still exists for a short distance in Aldergrove, between 268th and 270th Streets. This view is looking east, where the old road rejoined its successor that is now known as Fraser Highway. (Frank Bucholtz/Special to The Star) 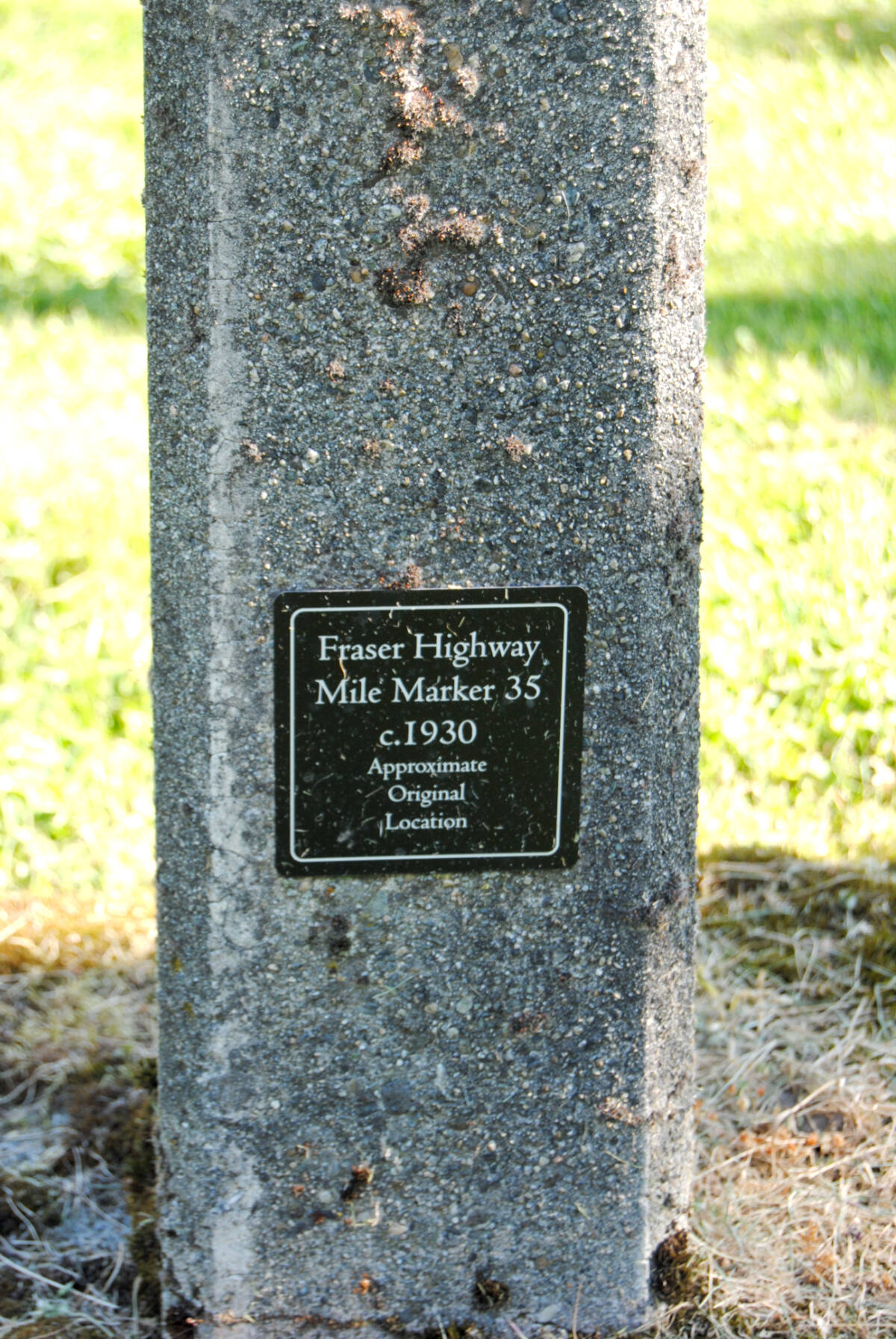 Milepost 35 along Fraser Highway in Aldergrove, just east of 264th Street, is placed on the south side of where the Yale Road ran. The mileposts were installed when the replacement road, the Trans-Provincial Highway, opened in 1931. It used much of the Yale Road route.(Frank Bucholtz/Special to The Star) 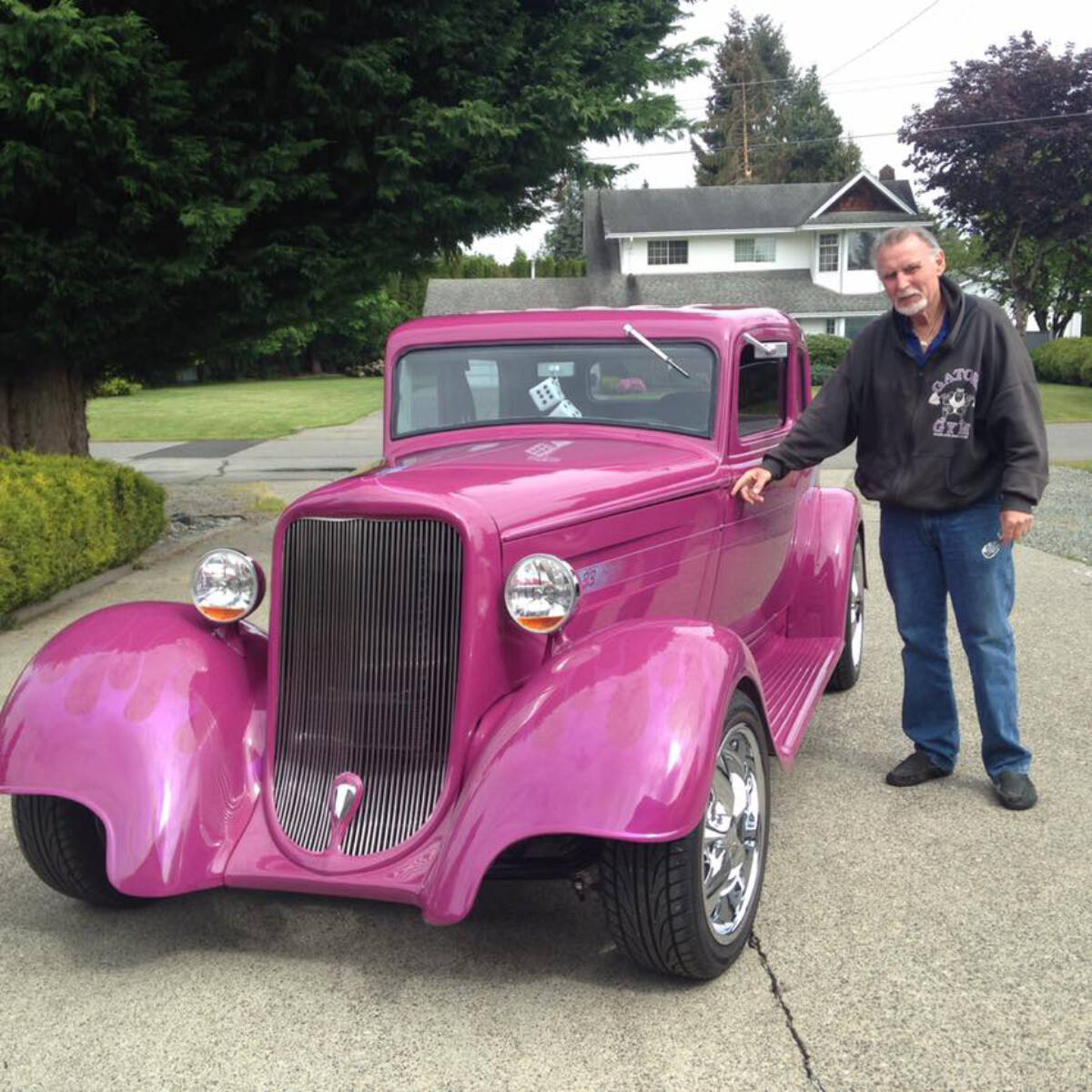 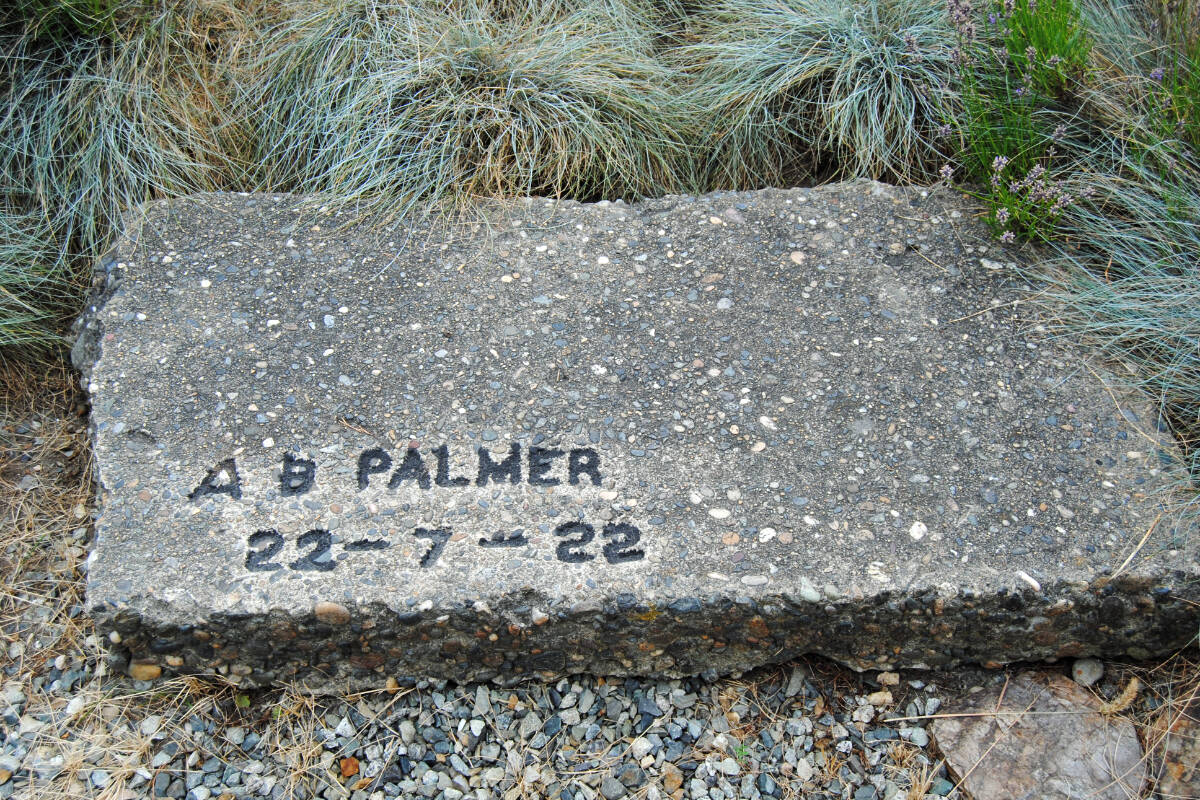 Part of one of the concrete panels used to hard-surface Yale Road is on display near the pump house at Five Corners in Murrayville. It shows the date it was poured – July 22, 1922 – and the name of the contractor, A.B. Palmer. (Frank Bucholtz/Special to The Star)

One hundred years ago, the Yale Road through parts of Langley was hard-surfaced with concrete.

A portion of that surfacing remains in place in Murrayville, and has been the subject of numerous reports, debates, and disagreements.

What gets lost in all the discussion is the vital importance of that revolutionary step.

It was proof that roads were the wave of the future, particularly when it came to short- and medium-distance transportation.

No road was more important to Langley at that time than the Yale Road, and its hard-surfacing changed society irrevocably, just as the printing press did centuries earlier, and the smartphone did 15 years ago.

Aldergrove would not exist without the Yale Road.

The Yale Road was initially built in 1873 to link the Lower Mainland to the B.C. Interior. It was initially mainly used as a pathway for horse-drawn wagons, horses and riders, pedestrians, and even cattle drives.

The exact date that it was first used by a motor vehicle is lost in history, but it was likely very close to the turn of the century, around 1900. However, such use was fraught with challenges.

The road was very primitive and, in particular, had many mud holes and soft spots.

It was possible to get horses and wagons out of such spots (with a lot of difficulty), but for motor vehicles, it was even tougher. There were no tow trucks, and there wasn’t the sheer strength of horses or cattle on hand to pull a heavy conveyance out of the mud.

Motor vehicles began to be widely used after Henry Ford put the Model T on the market in 1908. It was the first mass-produced vehicle, and prices were lowered each year. It made driving affordable, and in urban areas, driving was simpler as there were many cobblestone, brick, or “macadamized” (an early name for paving) roads already in place.

Early motion pictures show vehicles sharing the roads with streetcars, horses and buggies, pedestrians, dogs, and many others.

One of the best early ones from this area shows downtown Vancouver streets on May 7, 1907, in a fascinating movie by Seattle filmmaker William Harbeck, shot from the front of a streetcar. There were almost no cars on the roads at that time – there were instead streetcars, horse-drawn vehicles, many cyclists, pedestrians crossings streets at every angle and plenty of dogs. It can be seen on YouTube.

By the end of the First World War, that had changed dramatically.

The 1923 report of the provincial department of public works states: “As motor vehicles are now in evidence wherever there are a few miles of roads, greater attention has had to be given to keeping the roads passable for this type of transportation.”

It decided that major roads needed to be hard-surfaced, and two of the earliest ones chosen for that were the Yale Road and the new Pacific Highway, which used the Yale Road route from the New Westminster Bridge to Fry’s Corner (now 176 Street and Fraser Highway) and then straight south to the border. The entire route of 30 miles from Vancouver to the U.S. border was hard-surfaced by 1923.

The Yale Road, being much longer, was hard-surfaced more gradually.

In Langley, the first portion to receive a concrete surface was through Murrayville, while in Chilliwack, the portion from Chilliwack to Rosedale was paved. Both were done in 1922, as part of the 8.07 miles of hard-surfacing undertaken by the provincial public works department that year.

A portion of the concrete used on the Langley section sits as a monument next to the pump house at Murrayville’s Five Corners. The date on it is July 22, 1922 (the date it was put in place), and it includes the name of the contractor, A.B. Palmer.

About a half-mile or so of that original hard-surfacing is still in place from about the 21200-block to Five Corners, at 216th Street.

The original job saw 87 separate concrete panels, each 16 by 30 feet, poured in place.

PAST COVERAGE: Open House – What Lies Ahead for Old Yale Road in Langley?

Yale Road also ran through Aldergrove. That portion was not hard-surfaced in 1922, but it did not take long.

The better road meant far more traffic through Aldergrove, and took traffic away from the Great Northern Railway, which until that time had been the easiest way to get to and from Aldergrove.

Most of the Yale Road in Aldergrove now lies beneath the modern Fraser Highway, but a short portion from 268th to 270th Streets, north of Fraser Highway, remains in use as the Old Yale Road.

Old Yale Road also still exists in portions of Surrey, in Murrayville east of Five Corners all the way to 240th Street, and in Abbotsford. In Chilliwack, it is known as Yale Road.

The Yale Road hard-surfacing was just a sign of things to come.

In 1929, work on what is now Fraser Highway was well underway.

In Murrayville, it bypassed the older road to take a straight shot up Hospital Hill. It didn’t rejoin the Yale Road route until 240th Street. The new road opened in 1931, and was marked by mileposts, several of which still stand. Milepost 35 is on the south side of Fraser Highway just east of 264th Street.

This highway was known as the Trans-Provincial Highway and, for a time, the Trans-Canada Highway. Until the current Highway 1 opened in the 1960s, it was the main route from the Lower Mainland to the Interior, and as Fraser Highway, it remains an important arterial road today.

The 100th anniversary of the first hard-surfacing in Langley was marked with a small event recently in Murrayville.

Wally Martin, operator of the Princess and The Pea hotel (originally the Travellers Hotel), ordered a cake and invited a few guests to look back 100 years.

The old road is still controversial. One resident, seeing Township Councillor Eric Woodward on hand, stopped his car and asked when the concrete on Old Yale Road would be paved over.

“This is the worst road in Langley,” he said.

Compare this with the department of public works’ 1923 report, which spoke of the 1922 hard-surfacing: “The paving work was of a very high order, evoking very favourable comments from the travelling public.”

After 100 years, people are still talking about it.

PAST COLUMN: Are we nearing the end of the road on the Old Yale debate?