A single mom from Aldergrove was pampered by a team of estheticians Tuesday.

“I still can’t believe it,” she said, “I haven’t had my nails done in years.”

Ledell Kendall was chosen as the recipient of ‘Extreme Home Repair’ (EHR) this year.

EHR is a program launched 16 years ago by Acts of Kindness (AOK), a community outreach program of Langley’s Seventh-day Adventist’s Church in the Valley.

Kendall was nominated her younger sibling, Evon Hardy, after noticing mold creeping on the walls in her sister’s home.

“She was sad because I worked so hard,” Kendall said, admitting as time went on she’s found it harder to keep up with repairs of the weather-beaten, single-storey home.

“Things just kept falling by the wayside,” she said.

Since May 3, Kendall and her 16-year-old son Francis have tucked their travel trailer at a dairy farm and taken part in the humble lifestyle there.

“This is my type of vacation,” she said, “I get farm fresh eggs delivered to my door every morning. And Francis gets to be surrounded by five other kids” and plenty of animals,” the mom shared.

“He’s been going into the dairy every day after school and helping feed the calves,” Kendall elaborated. During her two weeks ‘vacation’ away, Kendall is still taking shifts at Langley Memorial Hospital, where she’s worked as a nursing unit assistant for more than 10 years.

Kendall works on-call, because with Francis it would be too taxing to commit to full-time hours, she said, explaining that Francis was born with rare disorder – moebius syndrome – where cranial brain nerves related to proper facial expressions are missing.

“When you have a special needs child you take what you’re given and go and do your best with it,” she said.

All that Kendall knows about the renovations underway at home is what she asked for from AOK – a few small repairs to keep the heat in during winter months.

“I hope they can do something to fix the windows – I’ve been putting plastic on them when it gets cold,” Kendall explained, “as well as sealant on the front door.”

Other than that, “we didn’t ask for anything really,” she said.

Initially, Kendall thought her home was “too overwhelming” to be chosen for EHR. But that the was the reason the AOK team decided upon it, coordinator Alex Zapotichny said.

The mother and son return for the ‘big’ home reveal on Monday at 5 p.m. 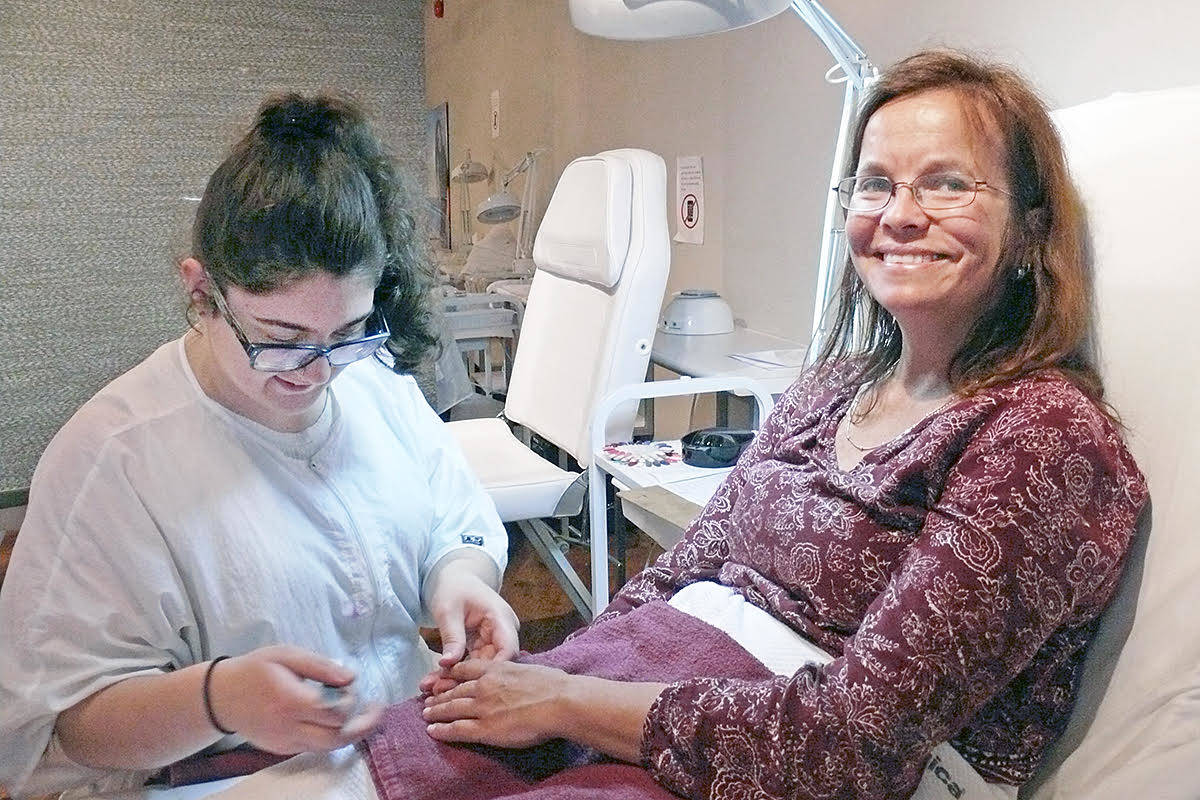