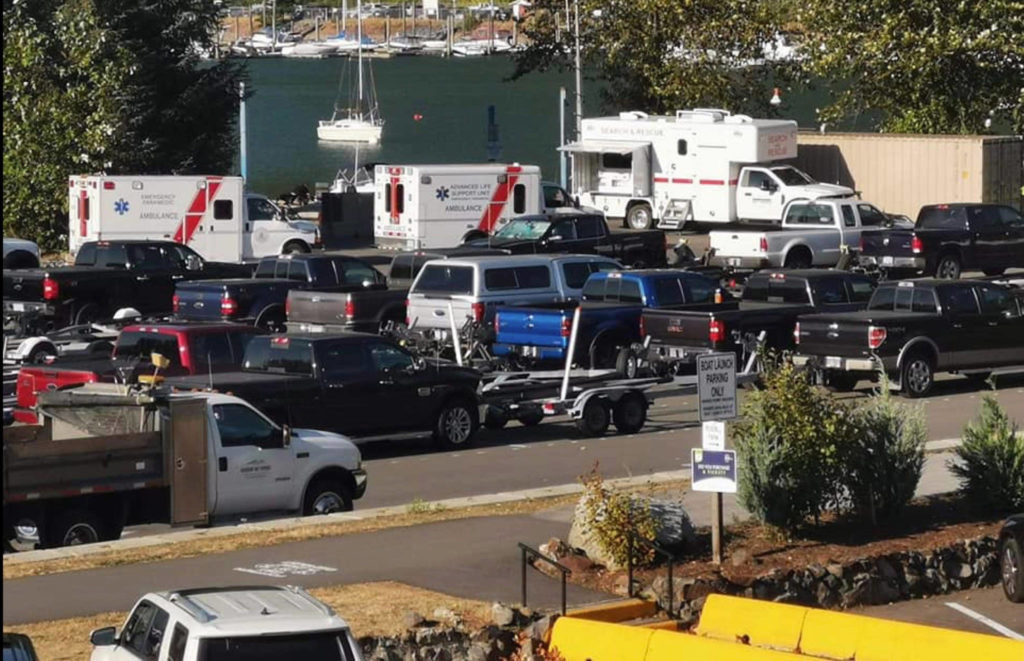 Emergency crews were at the scene of a reported drowning incident near Hale Creek Recreation Site outside of Harrison Hot Springs this past weekend. (Contributed Photo/Deanna Fortin Jones)

The RCMP has confirmed the recovery of the body of a 20-year-old man from China believed drowned in Harrison Lake on Sunday (August 16).

The man was last seen swimming at Hale Creek Recreation Site on Sunday. The RCMP Underwater Recovery Team as well as local Search and Rescue volunteers and other emergency personnel were on the scene on Monday (August 17), recovering the body in the afternoon.

“The missing young man, an Asian national from China, had been swimming with a friend at Hale Creek Recreation Site, Harrison Lake,” said Cpl. Mike Rail spokesperson for the UFVRD. “When he became visibly distressed, his friend and another person attempted to pull him out of the water without success.”

“Agassiz RCMP reached out and continue to offer our support to family and friends during this demanding time,” Rail added.

The RCMP and B.C. Coroner’s Service continue to investigate the man’s death.

Do you have something to add to this story, or something else we should report on? Email:
news@ahobserver.com

Ahead of likely second wave, 60% of Canadians relaxing COVID-19 measures

Immigration, the top population driver, decreased due to the pandemic