When she first saw the display on the wall of her school, a Black student at Langley’s R.E.Mountain school was moved to tears.

“It’s been beautiful,” Koehler told the Langley Advance Times, after more than six months of hard work and research produced a Black History Month display that covered several interior walls of the school at 7633 202A St.

It is the first time the “very diverse” school has celebrated Black History month, and it was a student-driven initiative, Koehler noted.

“We just started talking about what we need to have happen,” Koehler recalled.

“They just wanted to see a more inclusive curriculum”

READ ALSO: How a ‘pivot’ by R.E. Mountain Secondary School students paid off for 22 local families – and the food bank

One of the R.E. Mountain students deeply involved in Black History Month was 17-year-old Kyla Mort, who described her own heritage as “mixed.”

Mort said there had been a feeling for awhile among students and staff at the school that Black History month should have more attention.

Then, on May 25, 2020 George Floyd, a 46-year-old Black man, died after Minneapolis police officers stood on his neck for several minutes, ignoring his plea that he couldn’t breath.

“There was always this want for students and staff to do something,” Mort related.

Students devoted countless hours and several months to developing the display and taking other steps to celebrate Black history.

“There’s quite an emphasis on QR codes, because they are kids and they have phones,” said Dhanoa, who praised the students for making it all happen.

“It was their drive to pull it all together,” Dhanoa said, adding she anticipates the month will be celebrated every year at R.E. Mountain form now on.

READ ALSO: A call for tolerance and inclusiveness from coach at Trinity Western University during Black History Month

“This is definitely ongoing,” Mort agreed.

“I’m really happy with how it turned out,” she added.

“We believe it is our responsibility to take on a leadership role against racism,” Stewart said.

In June of 2020, the district formed an anti-racism working group and created a new role, District Principal for Wellness and Diversity, in January of 2021.

The district is also amending regulations to provide explicit anti-racism language and support for students who are Black, Indigenous, and People of Colour. 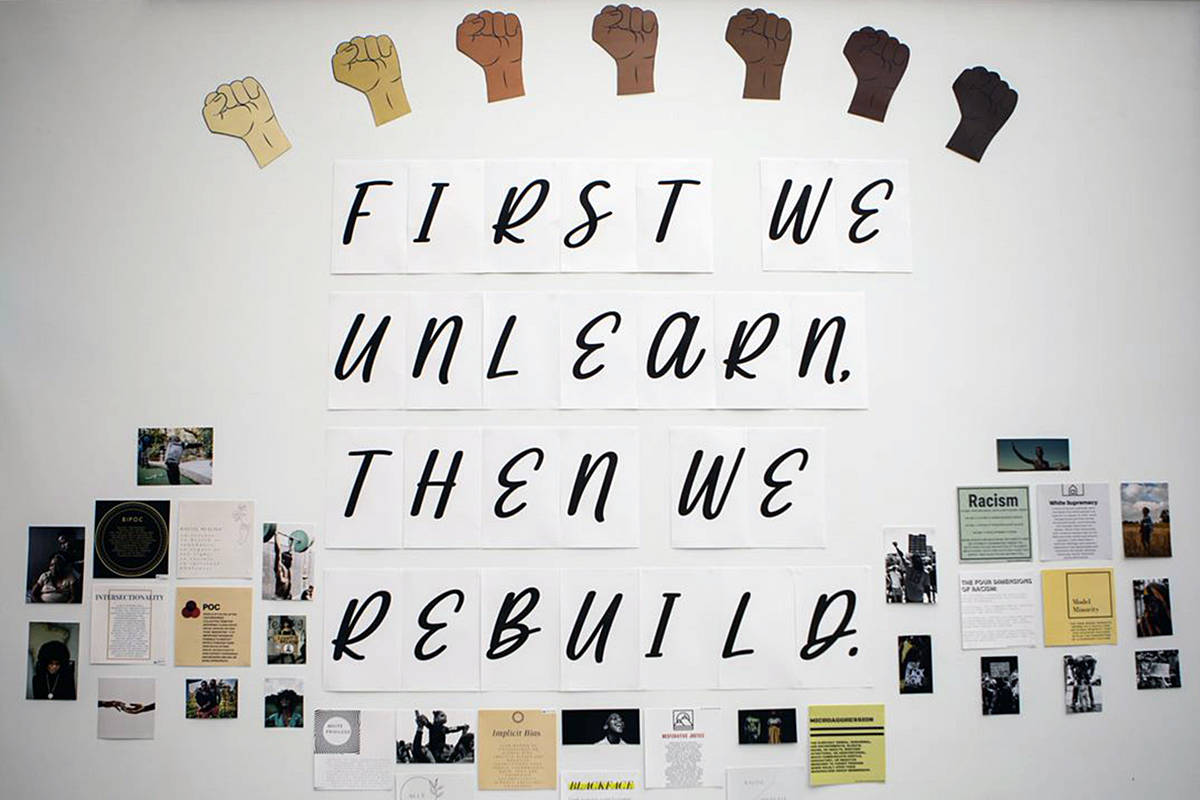