Around 500 Langley residents packed a meeting about a plan to turn the Quality Inn into supportive housing for the homeless on Monday evening at Langley Events Centre.

Safety, an increase in discarded used needles and crime were the main concerns brought to the mic at the meeting that saw a majority of speakers voice their opposition to the transitional housing project.

BC Housing and Stepping Stone Community Services Society are proposing to convert the existing 50-room hotel into 49 units of supportive housing as well as programming space.

Stepping Stone will operate the housing, which will have at least two staff members on duty 24/7, said Stepping Stone executive director Janet Burden.

“Our target is homeless people on the streets and in shelters,” said Burden. “It’s really about bringing people inside to stabilize them. The intent is not for them to be there forever.”

The low-barrier housing would include an office for the new Integrated Care Management (ICM) team funded through Fraser Health. The team includes a nurse practitioner, psychologist and psych nurse.

“We will house homeless with drug issues, but we’ve already been doing that and this time around we have more services to offer them,” Burden said.

Despite the wrap-around services proposed for the facility, area residents were not reassured.

“It’s not appropriate to have this 320 metres from a school,” said one man.

One Langley Meadows Elementary parent said she has happily lived in the area for 11 years, letting her children walk to school.

“Will I have to worry about needles on the playground now. Will I not be able to let them walk to school?”

A 13-year-old girl was among those who spoke out against the housing.

“This affects my age group more than adults. We go to parks, we play. Now it won’t be safe for us. It would be better to have low-income housing for single parents who can’t afford to live anywhere with their kids,” she said.

Used needles was a big concern, with audience members citing another supportive housing project in Port Coquitlam created by BC Housing that has seen an increase in used needles in the nearby playground. A toddler from the daycare in that area was pricked by one in September.

Burden, the RCMP and BC Housing agreed used needles are a huge problem across the Lower Mainland that no one seems to be able to solve.

A Fraser Health representative was then asked to respond to the concern.

The representative said they are rolling out a regional sharps management program that may include community sweeps of playgrounds and parks and high-risk areas known for used needles. But the details are limited.

BC Housing executive director Dominic Flanagan said the supportive housing is not a shelter.

“We don’t want people to bounce in and out,” he said.

Asked why BC Housing chose to buy the Quality Inn, Flanagan said because the need was there and so was the empty hotel.

But the final say on the supportive housing goes to Township council. BC Housing has submitted a rezoning application which needs to go through initial first reading and then a public hearing process before they can decide.

Langley RCMP was asked if they support the project.

Supt. Murray Power said the police are in favour of it.

“This is the first we’ve seen in Langley with this wrap around, in-house care and management for the homeless,” Power said.

While police are often the main responders to issues involving the homeless, he doesn’t think the homeless are committing crimes.

Of those who are in favour of the project, many said there will never be a suitable location.

She remembers 30 years ago when she was part of a group helping the mentally disabled find housing in Langley.

“There was fear back then, too, and petitions,” she said.

Already two petitions have started on Change.org. One is opposed to the housing, saying it will impact the neighbouring businesses and there are three schools nearby.

That petition, to be submitted to Township council and mayor, has more than 350 signatures.

A counter petition has more than 170 signatures supporting the housing.

READ MORE: Housing for the Homeless Heats Up

The Quality Inn is on 200 Street across from the Home Depot.

Stepping Stone said it is committed to being a good neighbour and the tenants of the housing will be expected to abide by rules, said Burden. They also want to create a community advisory committee similiar to the one at the Gateway of Hope. 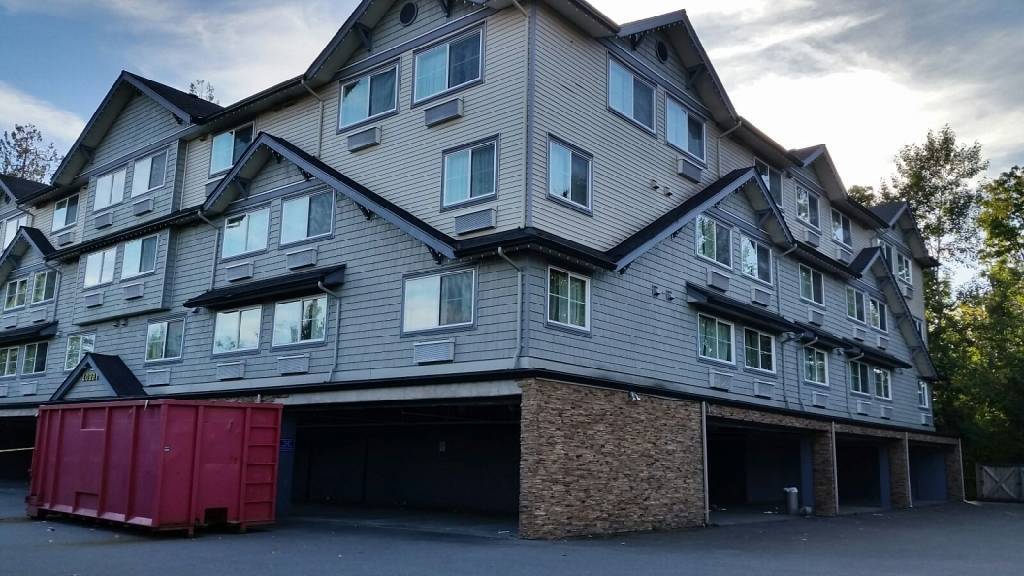