An incident at a gas station in Langley’s Walnut Grove Monday night sent one man to hospital with serious injuries.

Langley RCMP were called to the Shell gas station at 200th Street and 92A Avenue around 7:30 p.m.

Cpl. Holly Largy said investigators believe the man’s injuries were “possibly self-inflicted” but as of Wednesday, were still unable to interview him because he was under sedation.

The gas station was closed for several hours as Langley RCMP General Investigations Unit and Lower Mainland Integrated Forensic Identification Services collected photographs and evidence at the scene including what appeared to be a pointed item (possibly an exacto knife) in some bushes on the edge of the property. 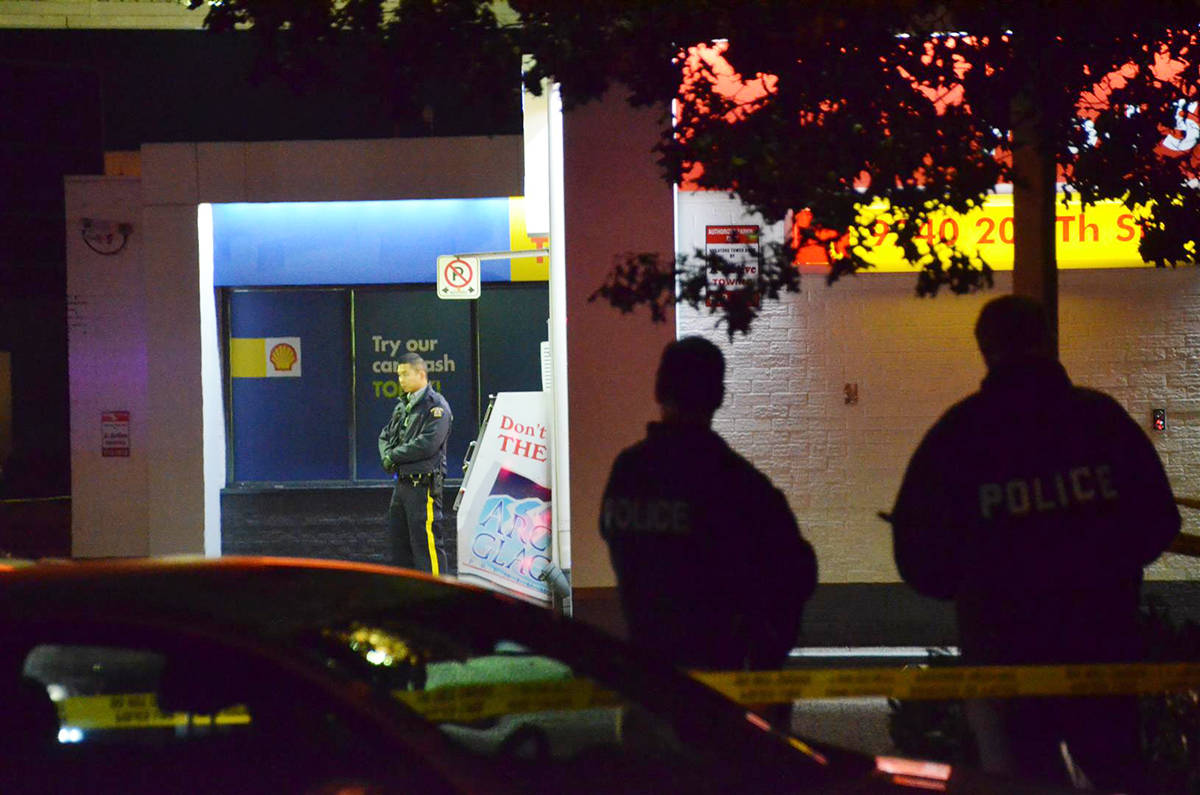