Two killings that took place in Langley last fall are linked, say police, and the man responsible for one of the deaths has pleaded guilty to manslaughter.

On Oct. 16, 2016 the Integrated Homicide Investigation Team was called in to investigate the death of 56-year-old Robert Keith Green, who had been shot and killed in rural Langley.

The investigation unfolded quickly, and 27-year-old Jason Francis Wallace was arrested and charged with second degree murder the following day.

On Friday, Nov. 3, in Surrey Provincial Court, Wallace entered a guilty plea to the manslaughter of Green, a Burnaby resident with ties to the Hells Angels.

Wallace was given an eight-year sentence, according to IHIT.

“Mr. Green was a well-established member of an organized crime group and investigators have identified links from his murder to the murder of Shaun Allan Clary that occurred overnight on Oct. 24, 2016,” said Cpl. Meghan Foster of IHIT.

While investigators can say that there are links between these two murders, it cannot be confirmed that they are linked to other homicides, or to the ongoing gang conflict, police said.

“It has been just over a year since this heinous act was made a public display, and it will not be forgotten,” said Foster.

“IHIT continues to work with our partner police agencies and are advancing this investigation.”

Speaking at a press conference on Friday afternoon Foster said she could not comment on why the charges were downgraded from second degree murder to manslaughter, nor was she able to elaborate on the connection between the two murders.

Wallace has a lengthy history with police, including being sentenced to house arrest for stabbing another teen at a house party in 2007.

Earlier this year, he pleaded guilty to six counts of possession for the purpose of trafficking. The charges were laid in 2015, following Wallace’s arrest in 2014, alongside Leonard Pelletier, when B.C.’s gang unit shut down a drug making facility based out of a Langley mansion.

Meanwhile, police continue to gather information about the death of Clary, who is believed to have had gang connections, Foster said.

“There are individuals who have specific and intimate details about what happened to Mr. Clary, and investigators are urging those people to contact police.” 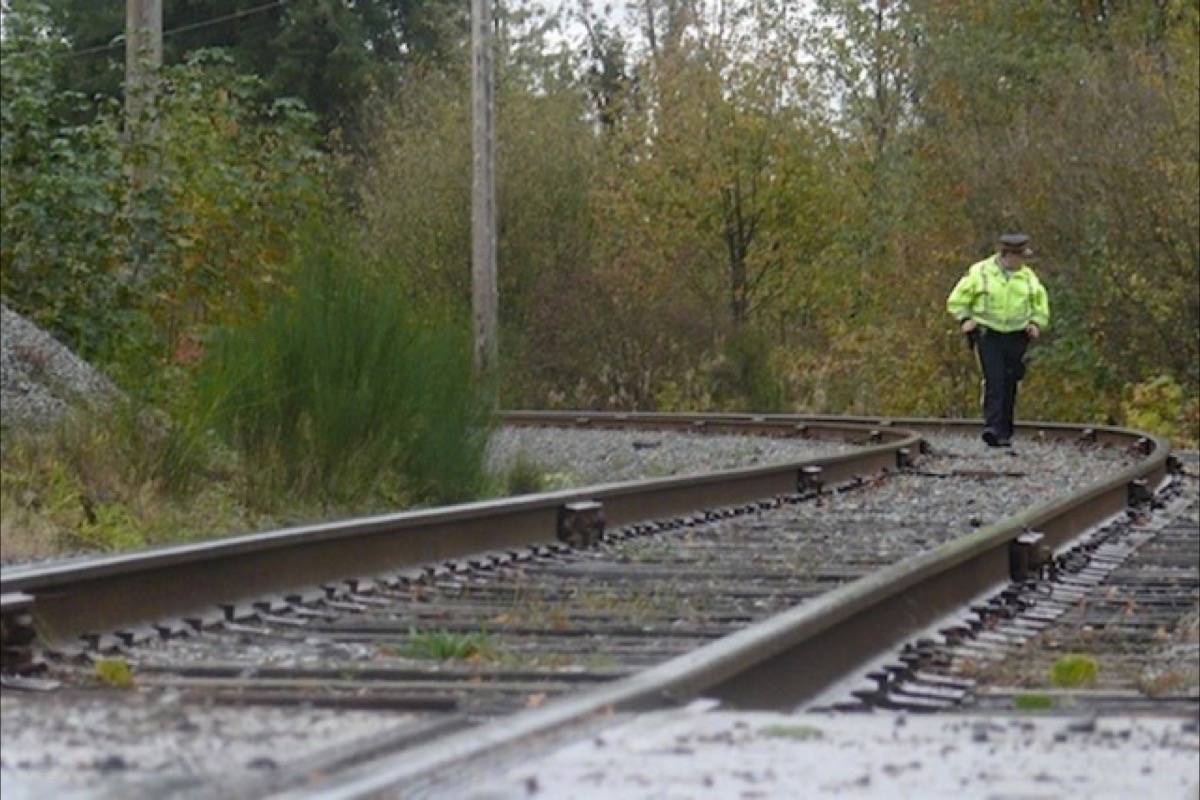 An RCMP officer patrols the tracks next to a rural Langley Township site on 72 Avenue near 240 Street where forensic and homicide police were called following the death of Robert Green. Langley Times file photo