Langley City Fire Rescue is still working to unearth the cause of the fire at the Madison Place condo complex on July 17.

On a sunny Friday evening, fire broke out around dinnertime at the complex 19730 56th Ave. Langley City fire crews were assisted by three Township units to fight the fire at the 49 unit building. Early the next day, the fire restarted and City crews attended to extinguish it.

Since the fire, residents have not been able to return to their homes, but reconstruction has begun.

“The file is still open,” said Brent Perry, the City’s captain of fire prevention. “The cause is undetermined at this time.”

The City department continues to investigate the fire that started outside the building and went up into the top level of the four-storey wood-frame condo complex destroying the top floor. The other floors were damaged by water and smoke.

“We’ve sent some more articles for x-ray,” he explained.

Canstar Restoration to temporary close the eastbound lane of 56 Avenue between 196 Street & 198 Street until Dec. 15, 2020 to mitigate the fire damaged building located at 19730 – 56 Avenue.https://t.co/OxObMjdm6Y pic.twitter.com/47EJgGvFEY

The City is leading the investigation with collaboration from insurance investigators.

Though the investigation continues, the building and site have been turned over for reconstruction. One of the two eastbound lanes of 56th Avenue are closed until almost Christmas to allow for the construction work. 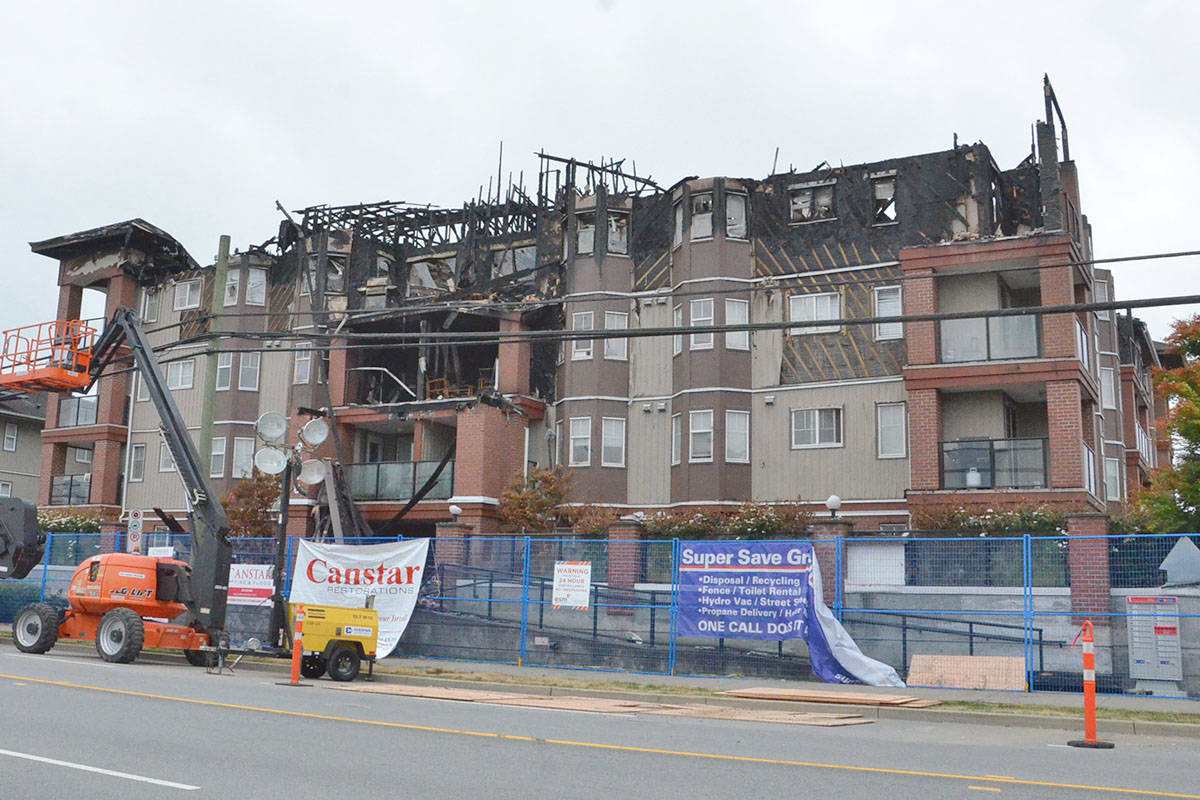 Fire destroyed the top floor of Madison Place in Langley City in July 2020 but the entire building had to be avacuated. More than 40 families were displaced by the fire. (Heather Colpitts/Langley Advance Times)