A Langley Advance Times staffer who was in Paris when 10,000 rioters sacked the glamorous Champs-Elysees on Saturday said the well-known avenue has been “totally destroyed.”

Jane Ilott and husband, Steve, arrived in Paris the day before the violence with 17-year-old son, Callum, and 15-year-old daughter, Emily.

“We actually walked the Champs Elysees the day before, stopped and had coffee and croissants at a sidewalk cafe,” Ilott said.

It was her first trip to Paris.

“We stayed in the Marais district — out of the danger zone, but down the street from the police station,” she said.

“We were headed to the Arc de Triumph for our tour,” Ilott said.

“The protest was still going on, and we decided to leave the area and come back later. After our tour of the Catacombs, we headed back to the Arc de Triumph. As we came around the corner, we came upon the destruction of the Champs-Elysees.”

“[With] riot police blocking every side street, we had no choice but to walk through the aftermath of the worst riot in the history of Paris.”

The metro was shut down and Ilott had to find a taxi to get back to the hotel.

“We hurried out of the area as the riot police were starting to form up again,” she said.

“We didn’t feel unsafe, but didn’t want to linger.”

Reports from the scene said the violent demonstration by the “yellow vest” movement saw about 80 luxury stores, restaurants and banks looted and burned.

In one case, a fire in a bank spread to a residential building and threatened the lives of a mother and child. 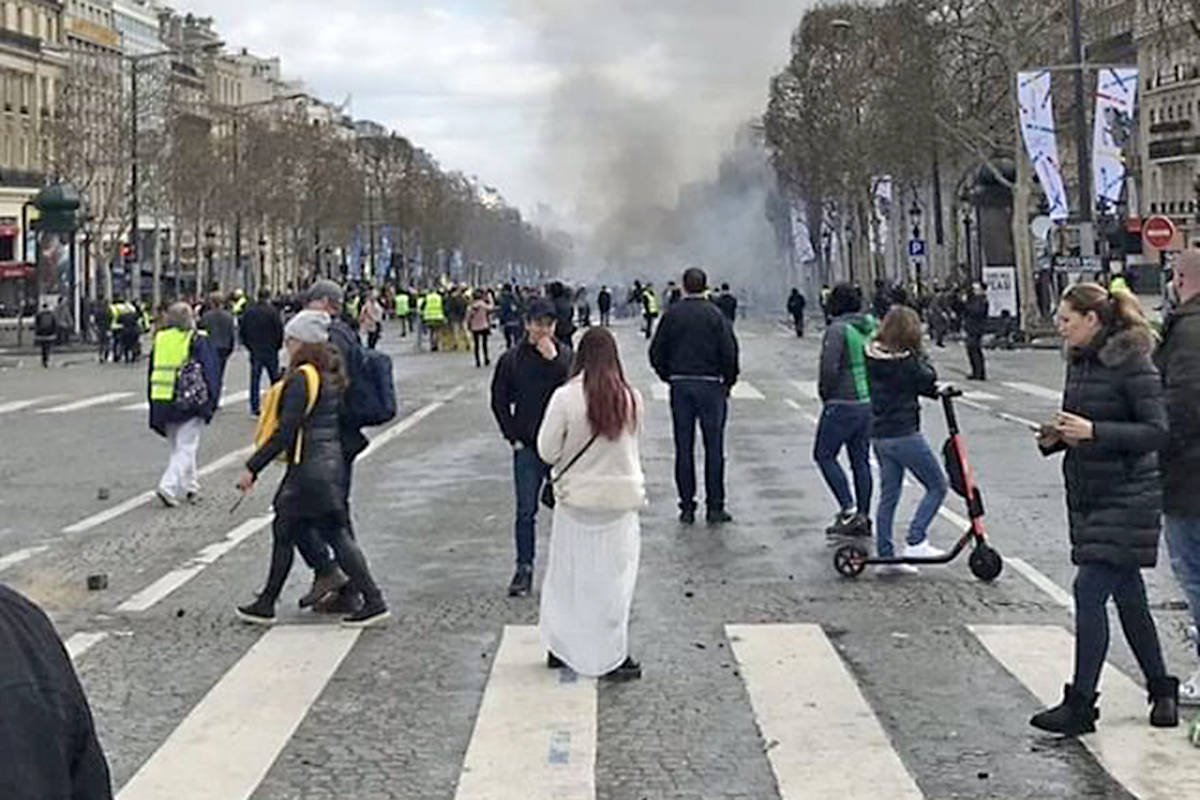 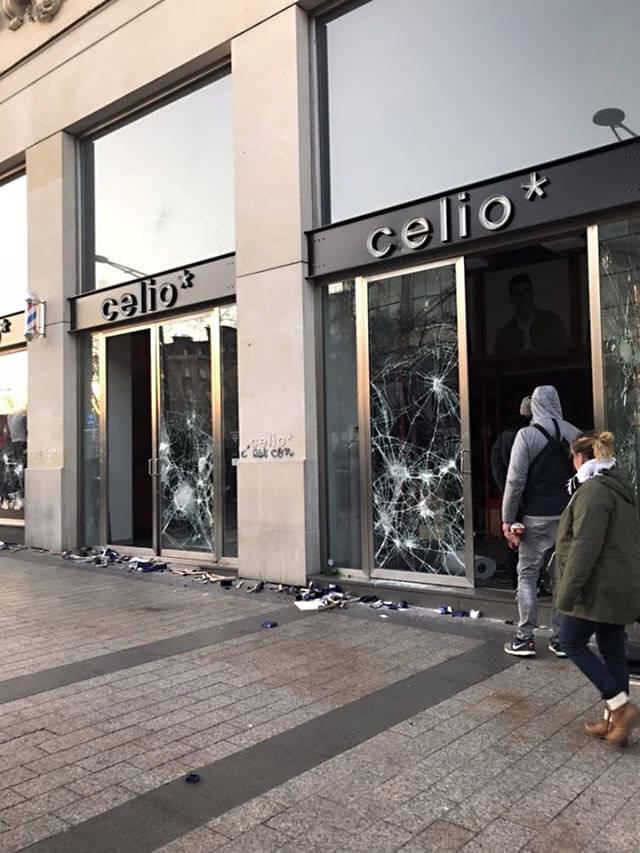