Gunner, a painter of 40 years, first began researching his current collection six years ago, upon retiring from a full-time career in sales.

His work depicts mortuary poles of notable Haida Gwaii chiefs from various different tribes and is available for viewing at the art council space at the Kinsmen Community Centre until Sunday (June 16).

“Haida Gwaii is a whole chain of islands… at its height there were 28 tribes and 30,000 people. By the end of the 1800s there were 300 people left. They were wiped out by smallpox because that’s what the English sailors brought with them,” Gunner said to the students.

Grade 11 and 12 students were tasked with choosing an invasive or endangered plant species to illustrate in linocuts – a printmaking technique where images are carved into linoleum and then transferred onto a canvas using ink.

Courtney led the class with the help of SFU student teacher Lauralee Lamarche.

“Our goal was to make the students more aware of their environment,” Courtney said.

High school senior Queenie Lee chose to depict the puncture vine, an invasive species with the “strength to pierce through human skin as well as tougher materials including rubber tires,” she said.

The invasive vine, a.k.a. tribulus terrestris, is toxic if ingested by animals.

“It’s almost like its own fairytale,” Lee explained, “As a foreign character in a foreign land, it fights to live.”

“It’s leaves were silver and sparkly,” Laird said as a reason for its choosing, along with the mention of its yellow florals.

Ashley Moore’s piece was one that depicted a scentless chamomile plant.

“It was fun to keep chipping away the linoleum,” Moore said about the creative process, “It was very relaxing.”

Moore was recently accepted into Max the Mutt College of Animation, Arts and Design in Toronto for the fall.

The adjoined exhibit will runin the arts council space at the Kinsmen Community Centre until Sunday (June 16). 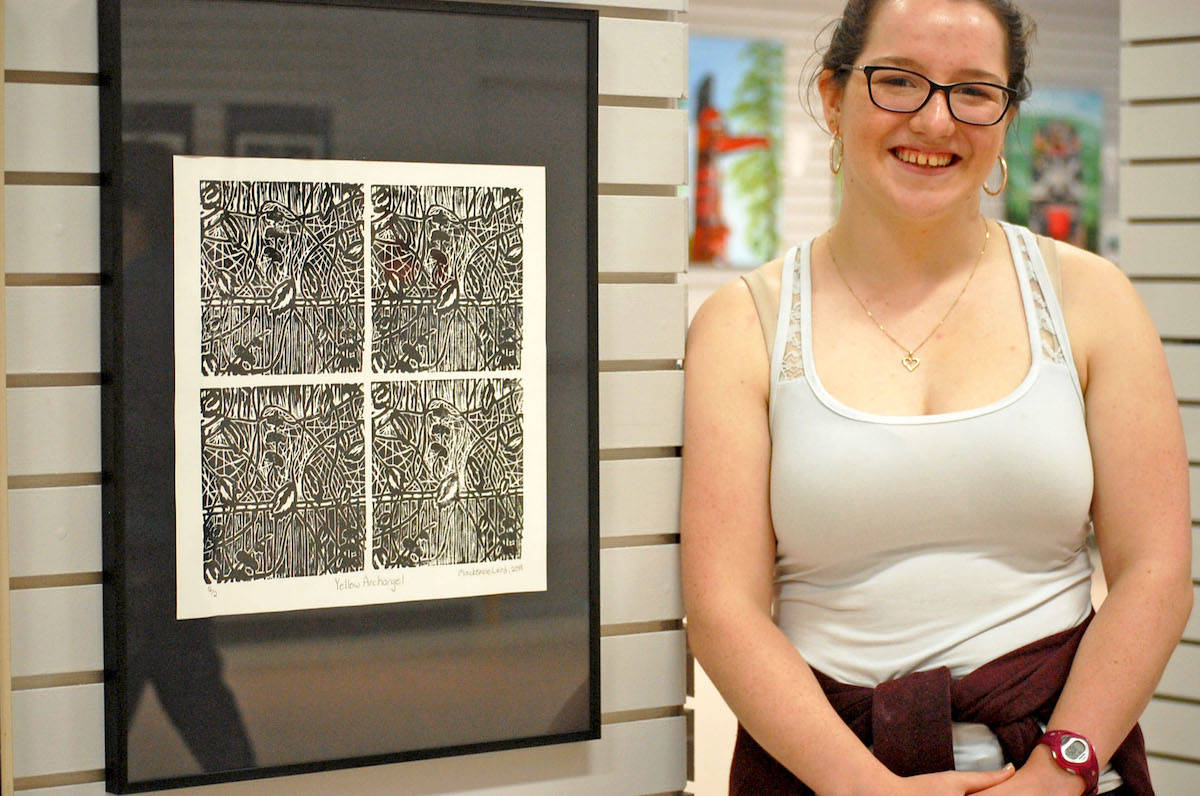 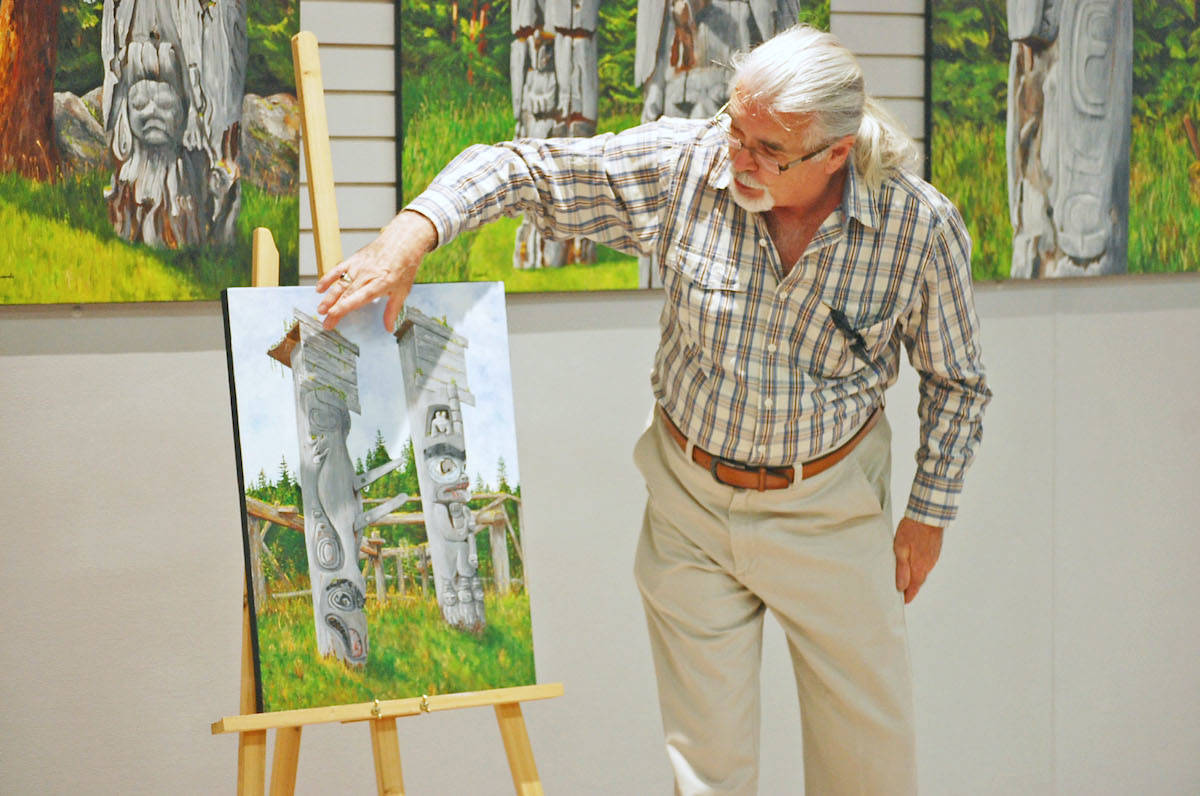 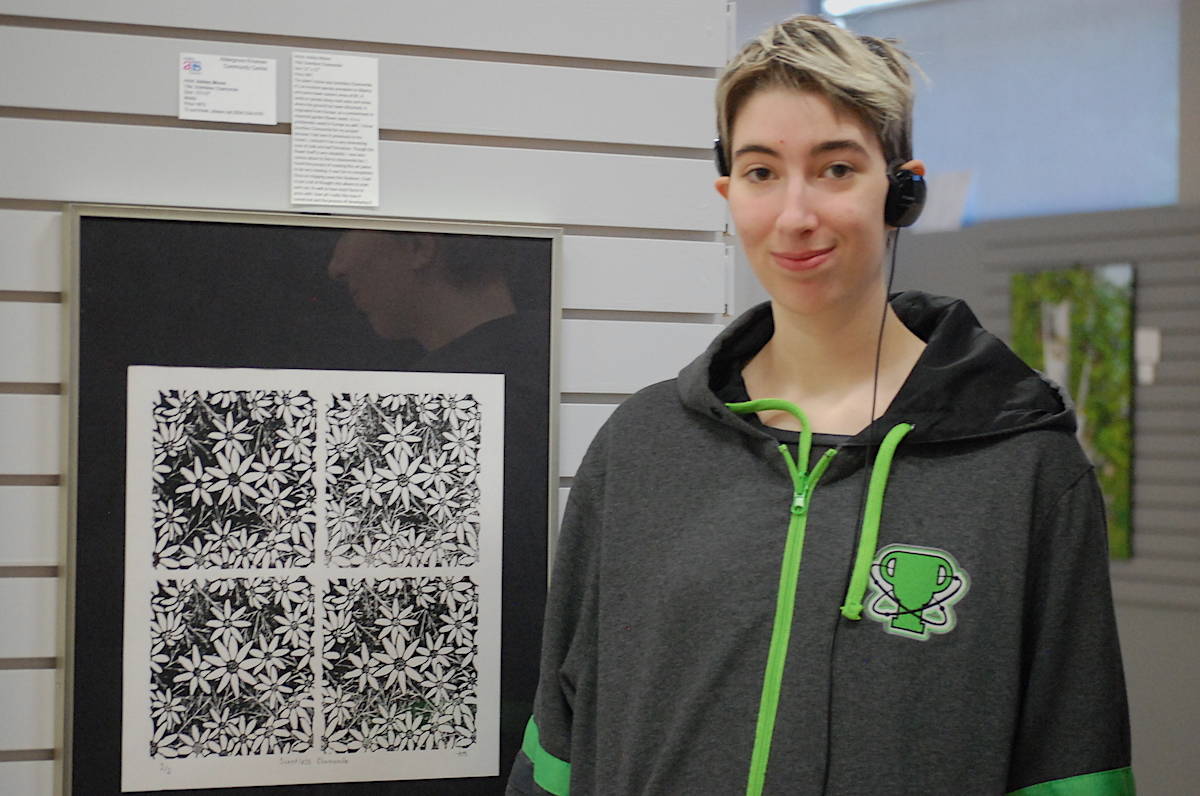 Ashley Moore’s piece was one that depicted a scentless chamomile plant. She was recently accepted into Max the Mutt College of Animation, Arts and Design in Toronto for the fall. (Sarah Grochowski photo) 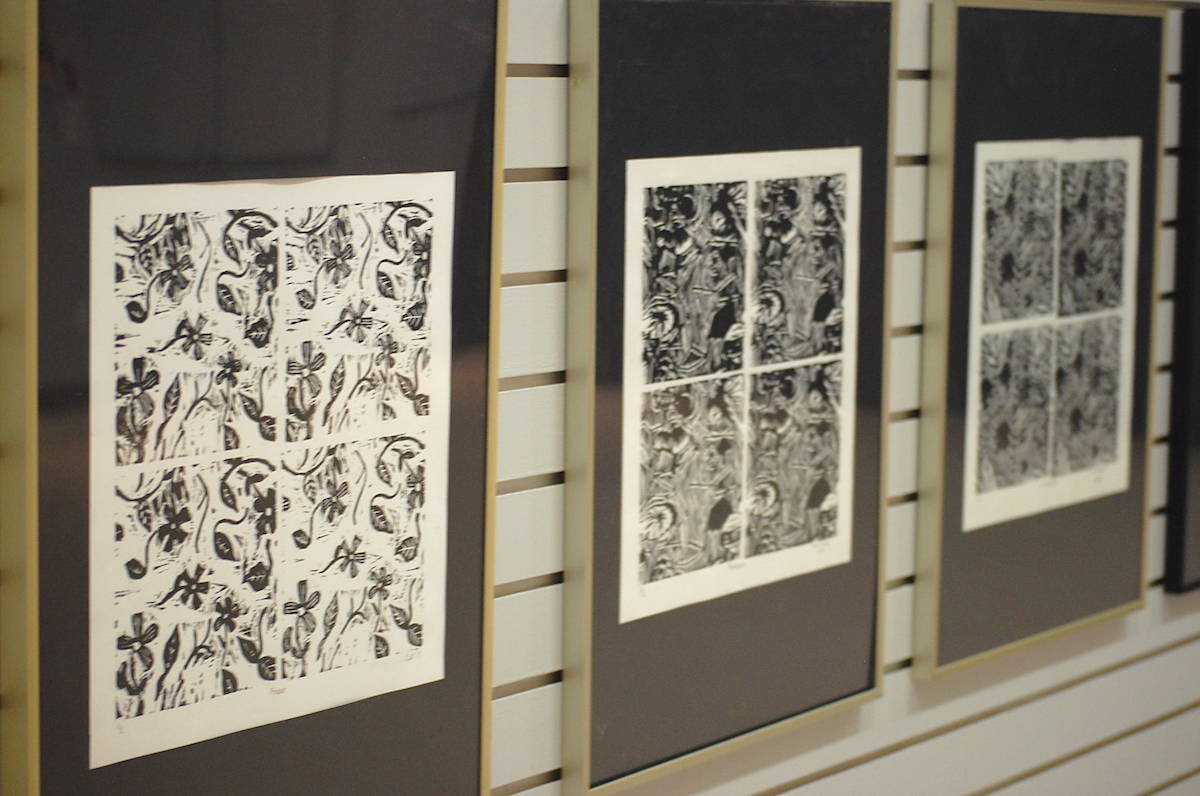 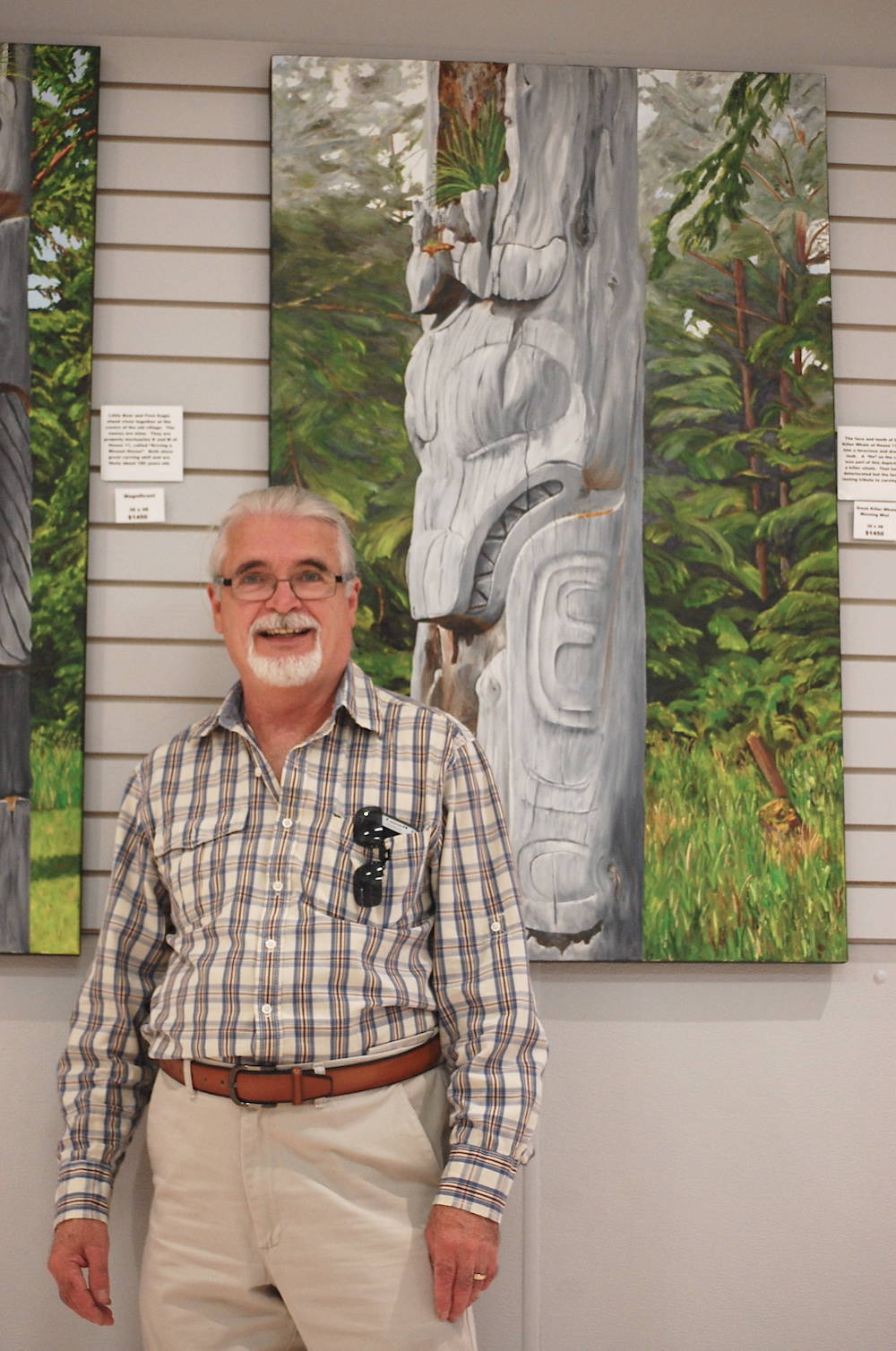