Someone tried to drown a young raccoon after leaving it in a trap for over a week, according to an animal care supervisor at the Critter Care Wildlife Society in Langley, who called it one of the worst cases of animal cruelty she has seen in three years with the wildlife rehabilitation facility.

Brooklynn Martin said staff at Critter Care rescued the raccoon on Friday after a tenant in a Burnaby residence contacted them to say the landlord had live-trapped a raccoon and left it in the trap for over a week.

“The raccoon remained this way for multiple days but some how managed to stay alive.”

Martin said when the tenant realized the raccoon was still in the trap, they released it in the yard and called Critter Care.

As soon as the animal arrived back at the center it was wrapped in heat, given antibiotics for the fluid it had accumulated in its lungs, pain meds and a shot of vitamins.

Martin said the raccoon was very weak and did not require sedation.

After a few hours, the raccoon died.

Martin said the incident has been reported to the BC SPCA cruelty line, conservation officers, and The Association for the Protection of Fur Bearing Animals.

She called it “one of the most horrific cases of cruelty” staff have encountered, noting the facility is often called to rescue animals caught in leg-hold traps. 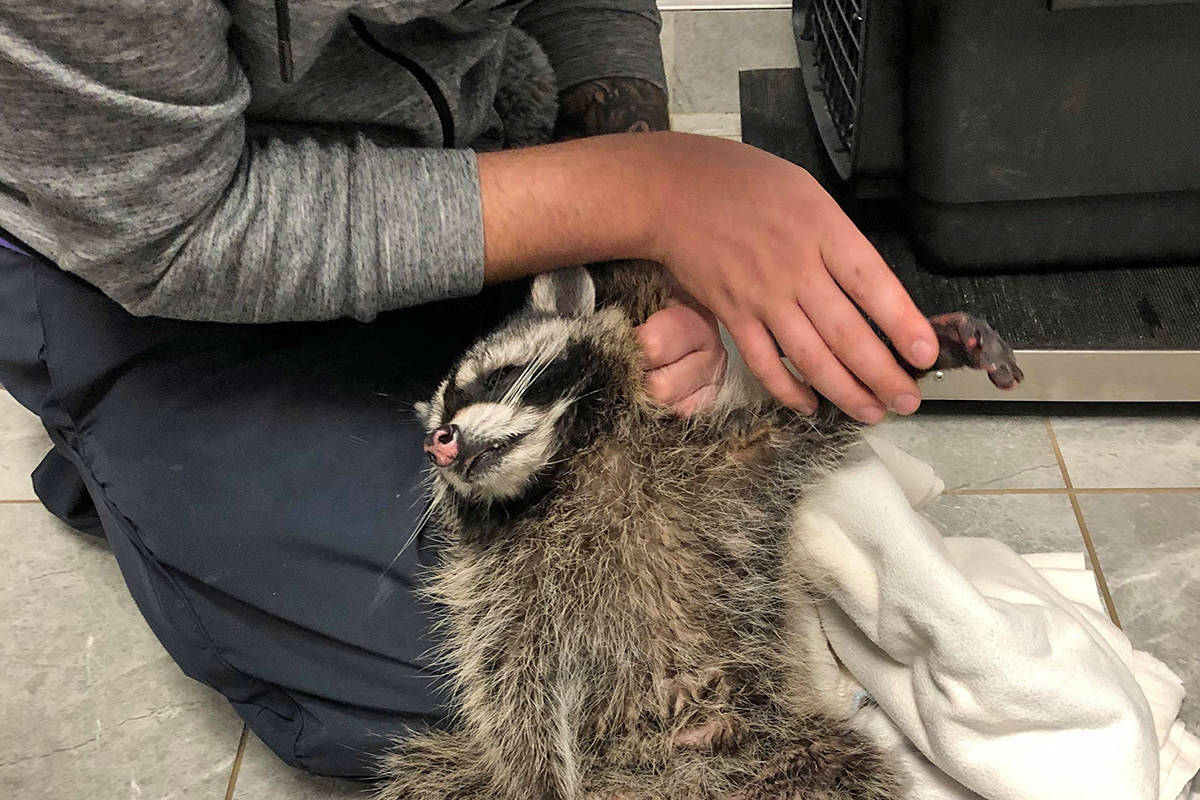 Critter Care Wildlife Society in Langley released this photo of a badly injured raccoon that was allegedly left in a trap for over a week before an attempt was made to drown it. Courtesy Critter Care

Timeline of events in RCMP investigation at B.C. legislature