Langley City Council has given preliminary approval to a bylaw that would ban homeless people from camping overnight in Douglas Park.

The proposed regulations were given initial reading at the Monday council meeting (May 7).

The vote was unanimous and the decision was made without any debate.

The proposals are expected to come back to council for a final vote on May 14.

The bylaw authorizes the removal of individuals from parks or public facilities who violate the behaviour and conduct regulations contained in the bylaw.

The report notes the last significant update to the Parks and Public Facilities Bylaw was undertaken in 2004.

That was before the B.C. Supreme Court overturned an Abbotsford ban on homeless encampments, ruling that homeless people in that city have a right to sleep overnight in public spaces if there isn’t anywhere else for them to go.

While the Supreme Court has ruled against “a complete prohibition of overnight sheltering in parks” it’s believed a specific prohibition in Douglas Park would still be allowed.

The park borders Douglas Park Community School, the Douglas Recreation Centre holds pre-school programs that start early in the morning and Spirit Square in Douglas Park is an outdoor performance and events venue that puts on shows during evenings and weekends in the summer.

The new bylaw also aims to reduce the proliferation of shopping carts used by the homeless by restricting their use in parks and public facilities.

READ MORE: ‘Find a place somewhere, where we can stay’ 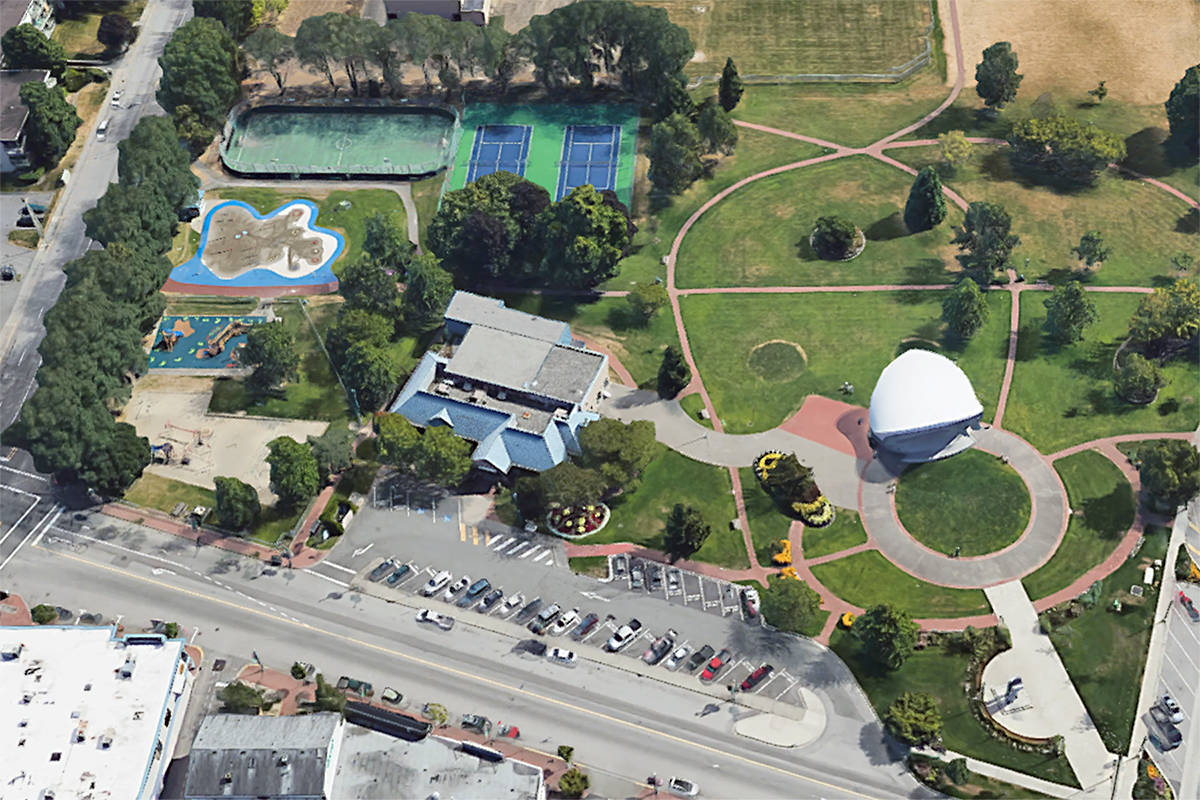 Douglas Park in Langley City will be off-limits to overnight camping under a new bylaw that has been given preliminary approval by council. Undated Google Maps view

VIDEO: Child falls out of window in Langley City

Have your say on new Fraser Highway B-Line bus