There is a $1.3 million gap between what Langley City planners would like to do in the 2018 municipal financial plan and the amount of money available.

Closing the gap will require some budget trimming or a tax increase of 4.94 per cent, according to the plan estimates.

That would work out to an average tax hike of $45 for single-family homes and $130 for multi-family housing.

That will be followed by a council meeting on Monday, Feb. 5 at 7 p.m. where the plan will be presented and taxpayers will have a chance to comment.

Mayor Ted Schaffer described the plan as a “stick-to-the-basics” budget.

He said the City has a limited amount of room to manoeuvre because the provincial government doesn’t allow the City to apply different tax rates to both types of residential properties.

This year the assessed value of multifamily homes took a jump, dramatically outpacing the increase for single-family homes.

It is the first time that has happened in five years and it means townhouses and condos will see a sizable tax increase in 2018.

The City has been campaigning for a change in provincial regulations that would allow it to assess different taxes on different types of housing in order to smooth out the “peaks and valleys” of hikes and reductions under the current system, the mayor said.

“We’re saying we should be able to balance it out.”

Close to half the budget — 45 per cent — goes to the RCMP policing contract, and the City has little control over those costs, Schaffer said.

Schaffer said City taxes would be 19 per cent higher than they are now if it wasn’t for the profit-sharing agreement with the Cascades Casino that sees the City collect 10 per cent of the casino’s net profits.

Since the casino opened its doors for the first time on May 5, 2005, the city has taken in $80 million from the casino, 95 per cent of which has gone to pay for infrastructure projects like the new Timms Community Centre, that would otherwise have been funded with taxes.

The casino is operated by Burnaby-based Gateway Casino and Entertainment Limited, which also runs the Grand Villa Casino, Starlight Casino, Lake City Casinos in Vernon, Kamloops, Kelowna and Penticton, Chances gaming centres in Squamish, Surrey and Mission, as well as the Baccarat Casino and Palace Casino in Edmonton.

The Gateway website describes it as the “largest and most diversified gaming company in Canada”, operating in B.C., Alberta and Ontario, with over 6,100 employees in 26 gaming properties including 282 table games, over 9,500 slots, 68 restaurants and bars and 272 hotel rooms. 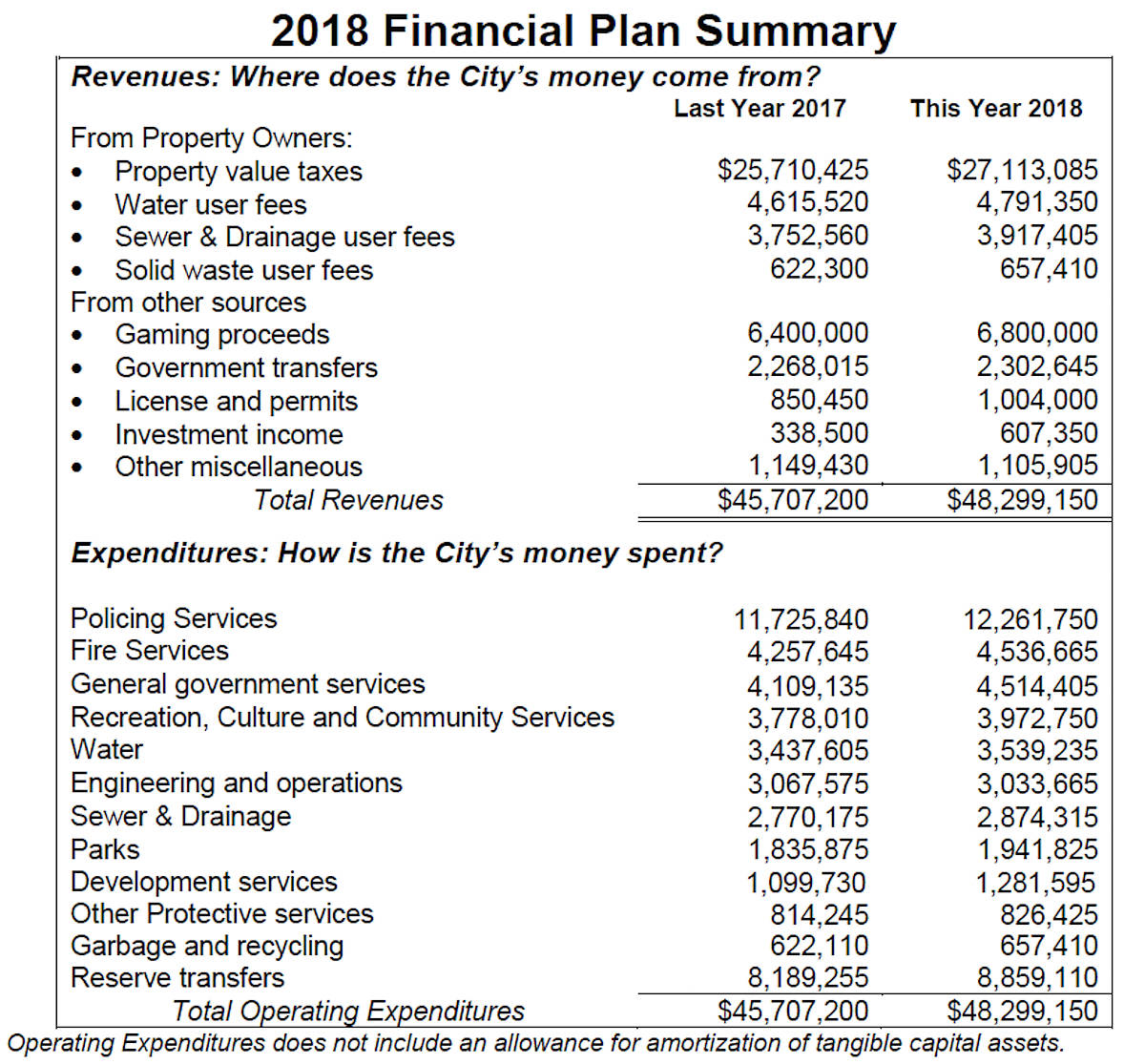