After nearly 24 years in business, a long-time downtown Langley City restaurant has closed its kitchen for good.

The Old Yale Bistro has been closed since a few days before Christmas, after an electrical fire broke out while the restaurant was closed.

But with extensive damage to the interior, owner Kees Mijinke has announced he will not re-open the restaurant.

The decision was made May 16.

“The numbers didn’t add up to rebuild,” Mijinke explained.

An electrical fire from a out-of-sight socket caused a flash fire, he said.

The 69-year-old said it was not an easy decision to walk away from a place he has owned and operated for more than a third of his life.

Regular guests at the restaurant had become friends, so it will be tough to no longer see them when they come in for meals, he explained.

“I am going to miss them and I always appreciated the regular customers who supported me,” he said.

In recent years, Mijinke had cut back from 10- to 12-hour days to eight hours per day, in what he called ‘semi-retirement.’

He did the bulk of the work himself — from prepping the food, to cooking, serving and bartending, as well as busing the tables afterwards and then washing the dishes — with some help from his kids, grandkids and some part-time workers.

It’s been tough to go from doing that most days — the bistro used to be open five days a week for lunch and dinner — to suddenly not doing anything.

Mijinke added that he is not ready to fully retire, but will not open a new restaurant.

“I will figure out what I will do,” he said.

Mijinke, originally from Holland, settled in Langley in the mid 1970s. He first worked at the original Old Yale Bistro (which later became Choo Choo’s and is now Viva Mexico) as the head waiter. 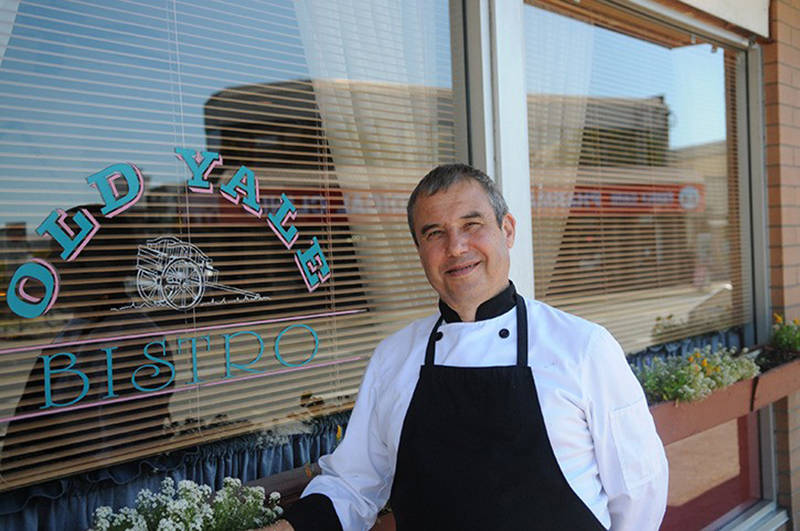 After 24 years, Kees Mijinke is walking away from the Old Yale Bistro in downtown Langley City. The restaurant has been closed since a fire in December. Gary Ahuja Langley Times file photo

Trash gets sorted in Langley Township