At least one person was injured and another was trapped in a car by falling trees and branches in Langley on Thursday.

On Thursday, a storm packing wind gusts of up to 100 km/h struck the Lower Mainland. Much of Langley was without power for at least part of the day, and multiple trees fell and buildings were damaged.

Langley Township firefighters responded to about 155 calls for service, including 108 that were for power lines down, said Chief Monty Armstrong of the Township fire service.

The firefighters in the Township had about three calls for a branch or part of a tree on a car during the day.

One person was trapped in their car and firefighters had to rescue the motorist, said Armstrong.

Another person was struck by falling debris and was aided by firefighters. Their injuries were not life threatening, Armstrong said.

Every crew available was deployed throughout the day, wrapping up around 10 p.m. when the winds abated.

The main duties of the firefighters were blocking off live power lines until BC Hydro crews could arrive.

They also helped Langley Township workers with some of their work, particularly setting up barricades around closed roads and downed lines.

Langley Township and City crews were out, along with private services on Friday morning, cleaning up fallen trees on public roads, school grounds, and private property.

“We had some Christmas decorations on the Fraser Highway one-way blew loose,” said Kyle Simpson, manager of engineering operations for the City. “We’ll be able to fix them up.”

Overnight, City staff managed to clear all the major roads and sidewalks of larger branches and trees, with the exception of some areas where there were wires down and BC Hydro had to get involved.

READ MORE: Storm fells trees, knocks out power across much of Langley 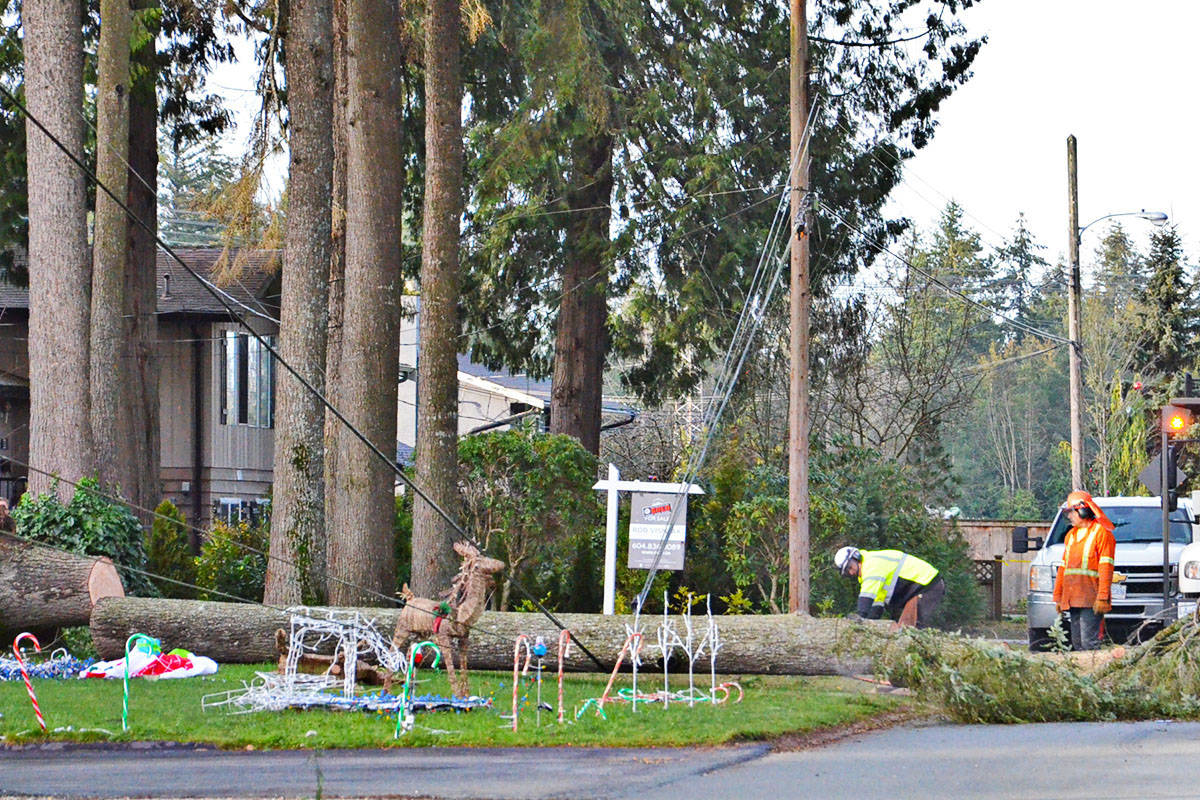 A tree fell across 44A Avenue near Upland Elementary and was being removed Friday morning. (Heather Colpitts/Black Press) 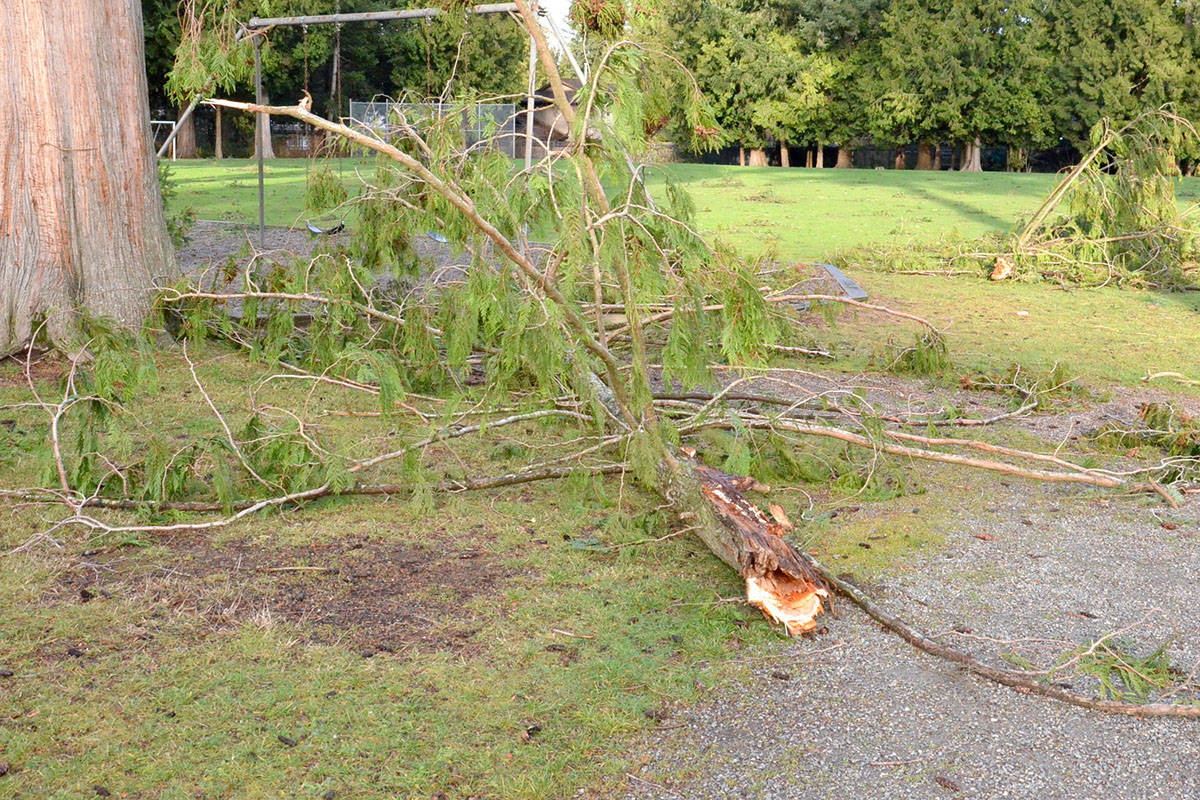 In addition to fallen trees, there was plenty of debris to be found around Langley, including large branches in the playground at Uplands Elementary. (Heather Colpitts/Black Press) 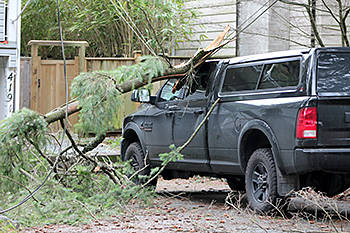 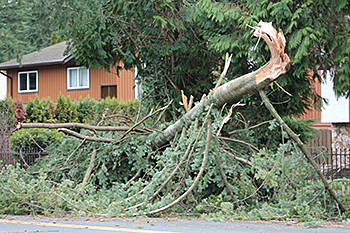 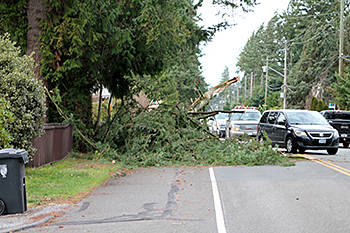 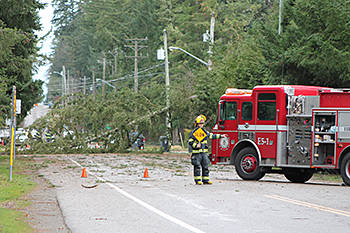 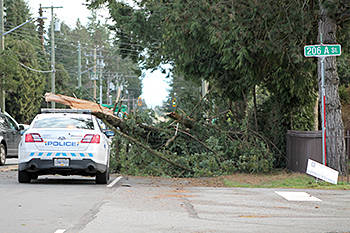 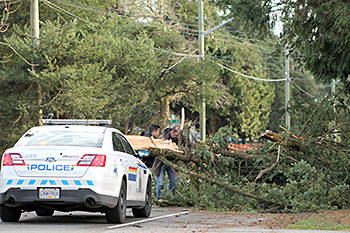 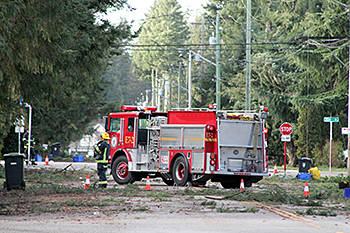 Liberals’ refusal to listen to concerns about border-crossers dangerous: Scheer