Organizers of the 2022 edition of the annual Langley Good Times Cruise-In charity car show are hoping to find a place to bring back the popular Concours d’Elegance display of vintage vehicles.

Riccardo Sestito, president of the all-volunteer Cruise-In board, said they are looking at a Township-owned parking lot next to the Aldergrove Credit Union Community Centre that may be expanding.

“We may bring back the car concours [if it does].”

Concours d’Elegance – in English, a “competition of elegance” – is a showcase of stock autos from the early 20th century and a popular attraction at the annual Cruise-In.

It was cancelled in 2021 for a lack of a suitable space that would keep the classic vehicles away from trees and tree sap.

A record attendance was set for the Aldergrove event last year, with an estimated 1,200 cars on display, lined up along Fraser Highway, between 264th and 274th Street. 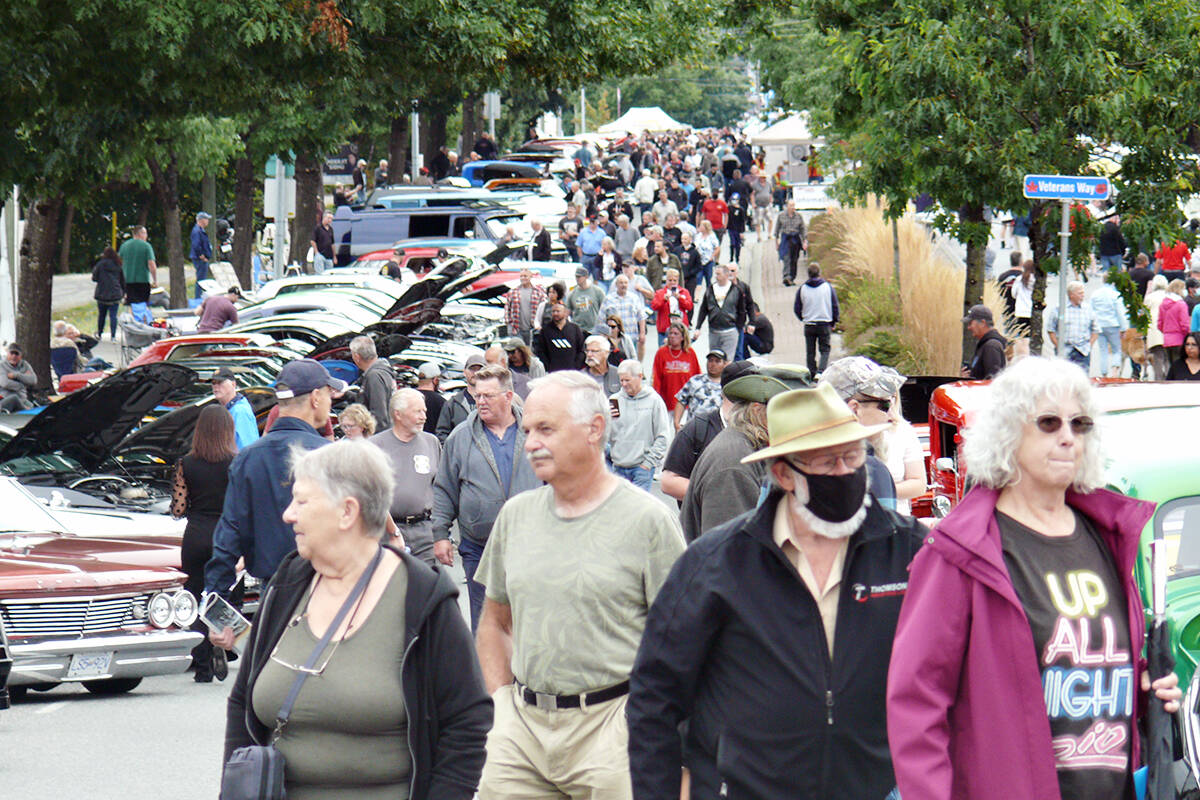 It raised $53,000 that was divided among the two charities the event supports, Valley Therapeutic Equestrian Association (VTEA) and Langley Community Support Groups Society, who received $15,000 each, with the rest distributed among smaller local charities including Central Fraser Valley Search and Rescue, Ishtar, Aldergrove Food Bank, and the Rotary Club Starfish Program in Aldergrove and Langley.

Sestito said generous donors and sponsors made it possible.

“We had so much money coming in [after we announced there would be a show],” Sestito recalled.

“We had so many people step up to the plate.”

One contributor even anted up when it was uncertain if the event could proceed, Sestito recalled.