Willoughby’s Peter Ewart Middle School will be expanding with 11 more classrooms as part of a $37.8 million seismic upgrade project announced on Thursday, June 16.

“More and more families are choosing to live here, and it’s not going to slow down,” said Minister of Education Jennifer Whiteside at the announcement at the school.

The expansion will expand the school’s capacity by 275 students up to 900 seats, as well as upgrading the building for earthquake safety.

Construction is expected to start in the spring of 2023 and be complete by the fall of 2024. Students will keep learning on site through the construction, with portables expected to be used when classrooms are unavailable.

Langley-area MLAs Andrew Mercier and Megan Dykeman also spoke at the announcement, as did Langley Board of Education Chair Rod Ross.

Ross said they have never had such a good relationship with a minister of education as the board does now.

“Obviously, we’re growing and we need more schools, and she’s aware of that,” he said of Whiteside.

Most of the speakers, including PAC president Christos Gitersos mentioned the rapid population growth in the region, which has put a strain on schools from elementary to high school level.

Gitersos said the increase in space will make a huge difference for student learning.

Willoughby is set to get an entirely new high school and middle school in the future, with the $46.6 million site purchase announced in April.

Whiteside said the timeline for building those new schools will depend on the district’s capital plan, which will be submitted along with plans from all the other 59 school districts in B.C.

The minister said the budget envelope for school construction and seismic upgrades will not be impacted by other major projects, such as the proposed new Royal B.C. Museum or the massive repairs underway to flood-damaged highways in the Interior.

Vanguard Secondary is also about to start a seismic upgrade and expansion, and Shortreed Elementary in Aldergrove is currently under seismic re-construction.

The seismic upgrade programs in B.C. have been going on for almost two decades, under both Liberal and NDP governments, since risk assessments of older schools began in 2004. A “high priority” list in 2012 listed 152 schools. 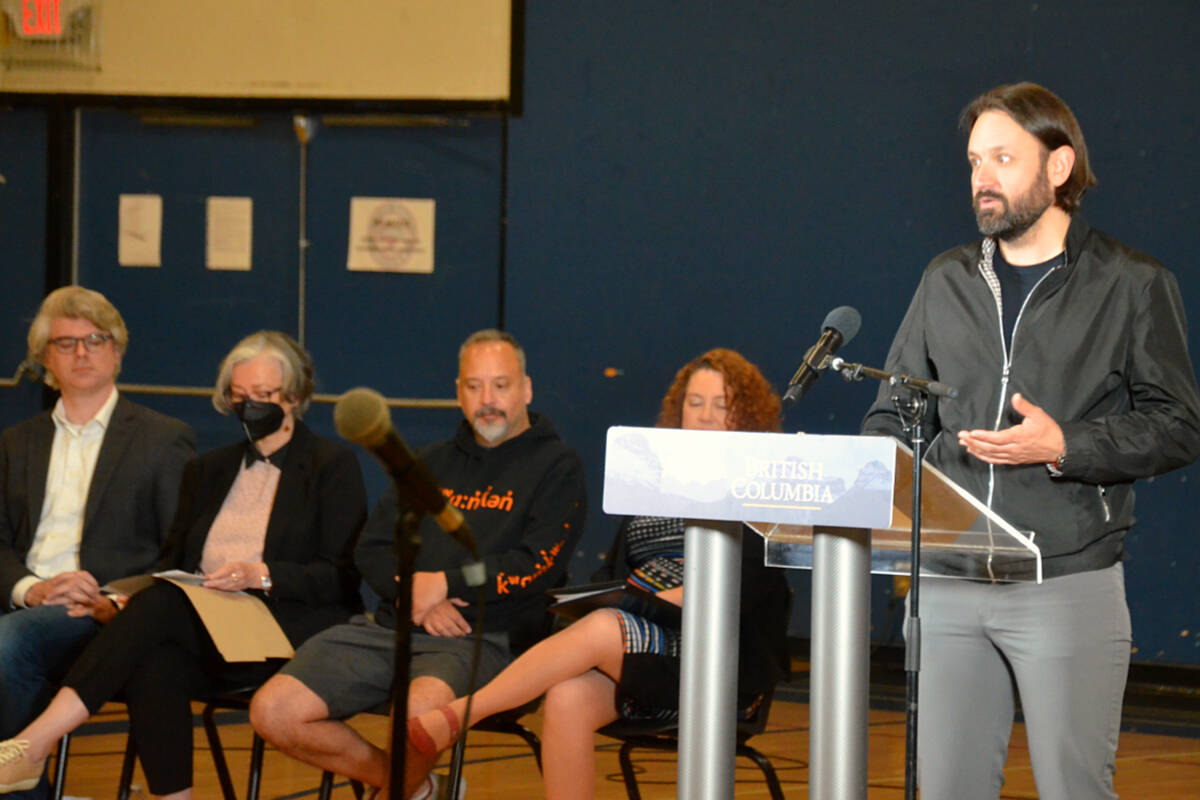 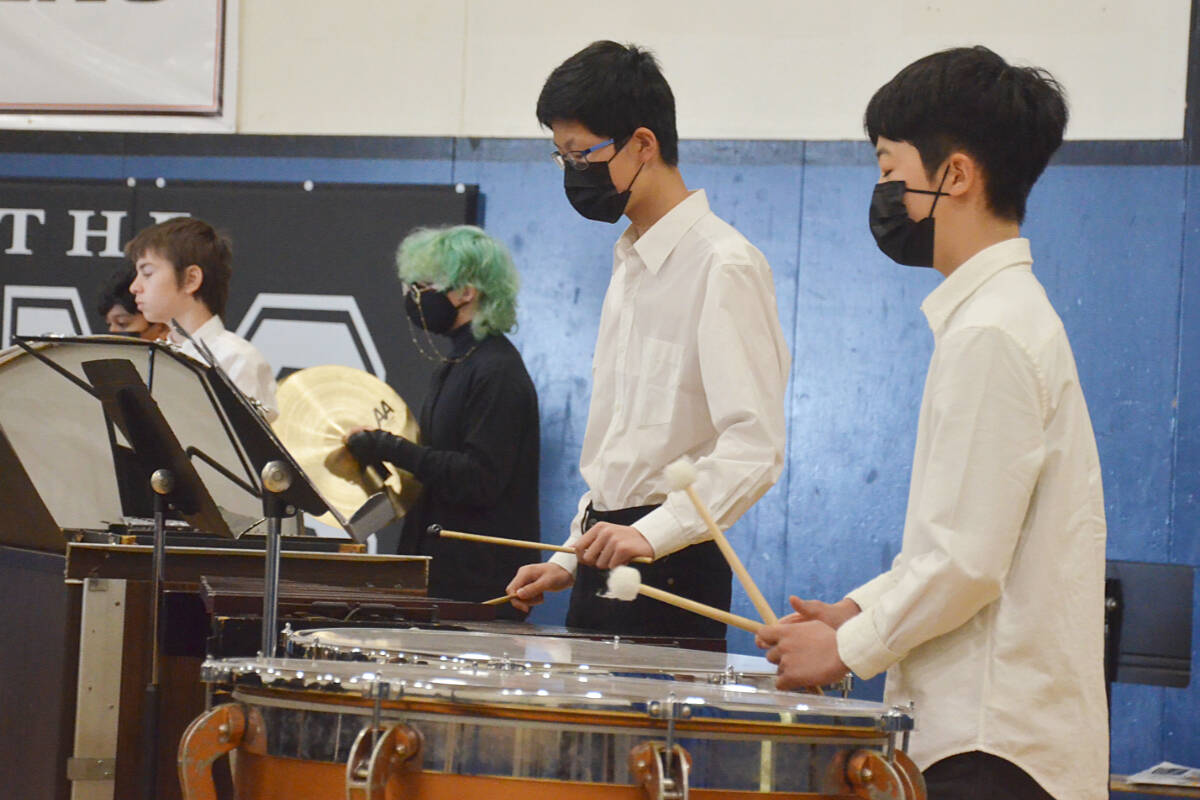 Students in the Peter Ewart Middle School senior band played at an announcement that the school will expand by nine classrooms. (Matthew Claxton/Langley Advance Times) 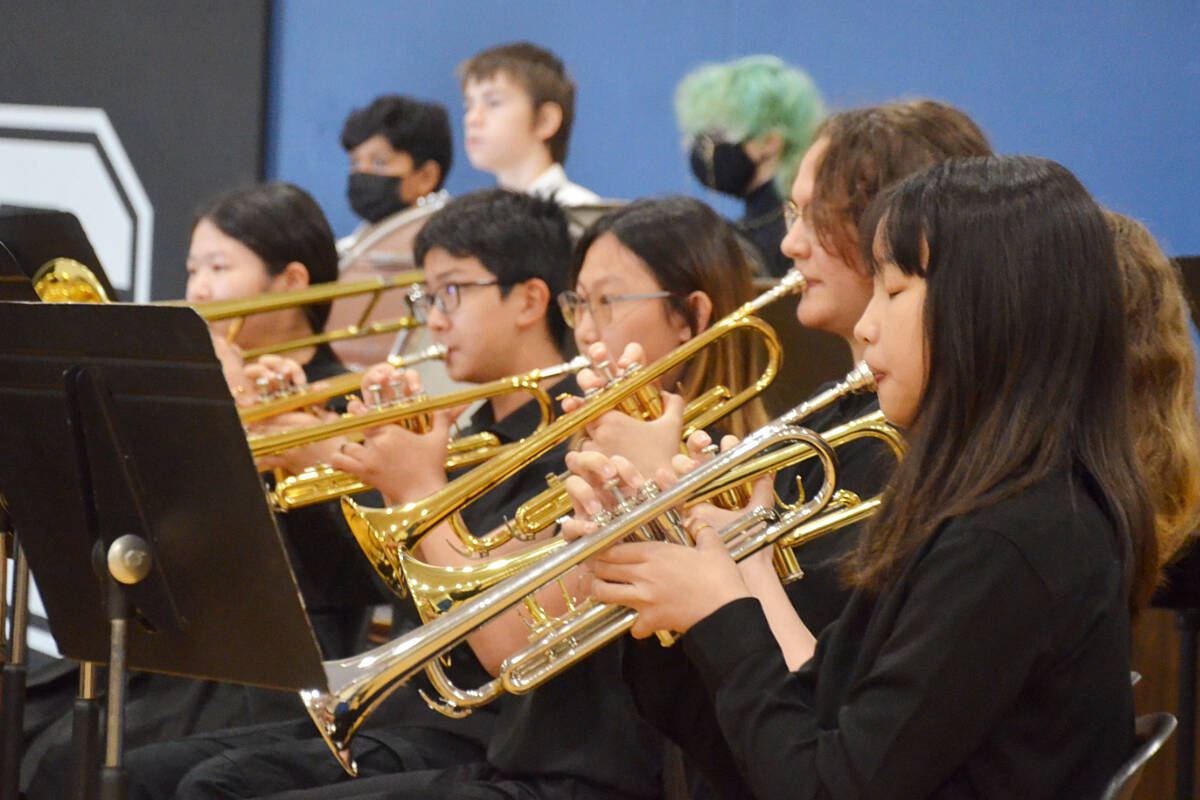 Students in the Peter Ewart Middle School senior band played at an announcement that the school will expand by nine classrooms. (Matthew Claxton/Langley Advance Times)

Sailings cancelled between Tsawwassen, Swartz Bay for second weekend in a row