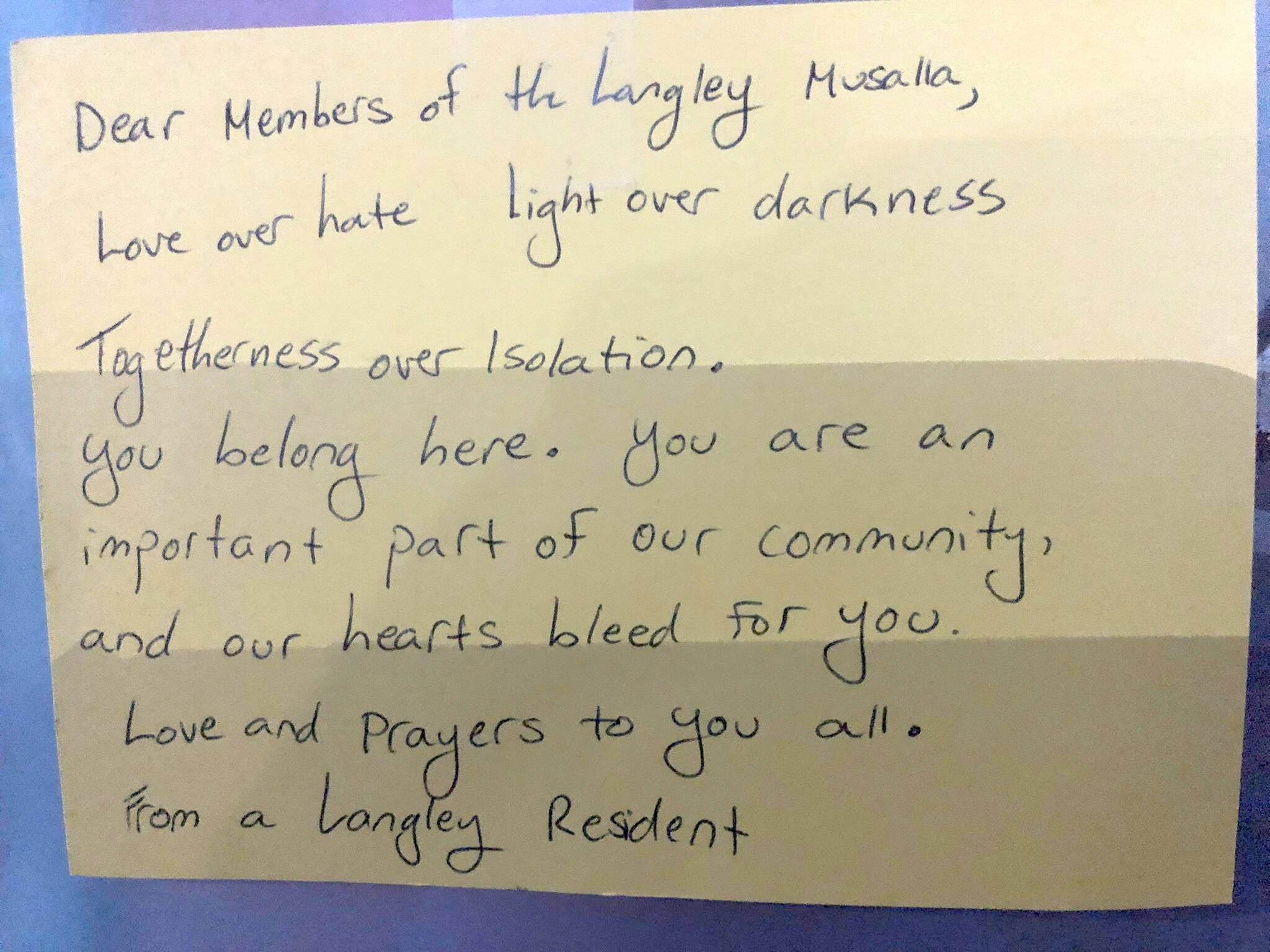 In the wake of a shocking threat to a small gathering place for Langley’s Muslim community, the centre’s imam said the community response has been overwhelmingly positive.

A letter sent to the Langley Islamic Centre in late August ordered it to shut down within two months, while invoking the Christchurch mosque attacks of 2019 in which 51 people were murdered.

The letter, written in letters cut out and pasted to a sheet of paper, also included neo-Nazi and white supremacist slogans and references to the Ku Klux Klan.

But after the news of the letter went public, people from Langley and beyond immediately offered support, said Imam Fawad Kalsi.

“It’s been absolutely fantastic,” Kalsi told the Langley Advance Times. “We’ve had support from a broad spectrum of faith groups.”

Members of the Jewish, Sikh, and Mennonite communities offered to stand outside during Friday prayers in solidarity, and multiple Christian churches have reached out to offer support.

Beyond public support from religious groups, there were positive comments on the Centre’s Facebook page, and neighbours and residents from nearby have dropped off letters saying they also stand in solidarity.

After the national media picked up the story, the supportive calls began coming in from across the country.

Kalsi said that after a month, there hadn’t even been any negative comments on the Centre’s social media.

The imam said the RCMP has also been “fantastic.”

No arrests have been made, but investigators have told him they have a few leads.

The RCMP announced both the BC Hate Crime Unit and the Integrated National Security Enforcement Team were called in to help local investigators with the case.

The incident was a shock to the small centre, which is a storefront located in a light industrial and commercial area in Langley City.

They had removed their sign after the Quebec City mosque attack in 2017, in which six worshippers were killed and five more wounded by a single gunman.

But there had never been a threat, vandalism, or other incident before the letter.

“This is the first time we’ve received anything even close to threatening,” said Kalsi.

The letter was very alarming, he said.

“Honestly, we don’t know where this has come from,” he said. “Is it a prank, is it a serious threat?”

After receiving the letter, Kalsi released a statement saying they would not be intimidated.