A few years ago Jeff Malmgren was doing some consulting work on the River District area of Vancouver just west of Boundary Road where it’s expected about 15,000 people will eventually live. He began to wonder, “How are these people going to get around?”

He also noticed while doing some work for the City of New Westminster on the civic centre in the midst of a burgeoning Downtown how people were beginning to reconnect with the river.

So why not, he thought, go back in time and use the river to get around?

The result is the Fraser RiverBus Society, and he presented his concept to the Metro Vancouver regional planning committee last Friday.

“There’s no good reason why it shouldn’t work from a transportation and social point of view,” said Malmgren. “It’s only been the last 80 to 90 years that we’ve turned our backs on the river and made it a back alley.

“In Australia, Asia and Europe it’s always been in place and it’s growing. In North America it’s underutilized … It’s not only a good idea, but it’s a good idea now.”

Malmgren is proposing four vessels with a projected capacity of 10,000 to 15,000 passengers per day could run up and down the river between Langley and Richmond, providing an efficient transit alternative for commuters.

All the best transit links are for getting to downtown Vancouver, but there is a great deal of crosstown commuting that isn’t being served, he said.

“There are more people in Richmond who go to work in Burnaby or New Westminster than to downtown Vancouver, significantly more, and that’s not an anomaly.”

Malmgren estimates there are 55,000 people who commute between the riverfront communities.

“It takes a long trip on transit to get there and it goes through downtown which puts unnecessary pressure on the transit that is going downtown,” said Malmgren.

Since cross-town commuting by transit is neither convenient nor comfortable it’s likely commuters will continue to use their own vehicles unless something like a RiverBus is implemented, he added.

People like the speed and privacy of the car, so the RiverBus would have to offer comforts such as wireless internet, good seating, bike storage and hop on/hop off service, along with a pleasant ride on the water.

Malmgren said the vessel that seems most appropriate for a RiverBus is a hydrofoil catamaran such as those used in New York on the East River as well as Chicago and Washington, D.C.

His group estimates capital costs, including vessels, land infrastructure and start up, would be between $15.65 million and $20.4 million, far less than the West Coast Express initial capital costs, which it says were $118 million. The operating cost is estimated at $1,000 an hour per vessel compared to the SeaBus, which is $675 an hour.

The capital cost for waterborne transportation is always going to be significantly cheaper and so will the environmental costs, Malmgren said.

“This is a really great opportunity and it is an option with very little capital cost.”

The New Westminster Quay and the pier at the foot of Kerr Street in Vancouver would be suitable for docking, said Malmgren.  A stop at Fraser Foreshore Park in Burnaby would have lots of traffic because of all the industrial park offices and warehouses in the area. Other landings could be in Fort Langley, Maple Ridge, Port Coquitlam and the River Rock Casino and Canada Line in Richmond.

According to Malmgren, at last Friday’s meeting the Metro Vancouver directors were curious and asked a lot of questions. The committee— which includes Burnaby Mayor Derek Corrigan, the committee’s chair, and New Westminster Mayor Wayne Wright— asked the regional district’s staff to investigate the proposal.

“I thought there was some merit in it,” said Wright, who admitted his reaction was one of the more positive ones from directors at the meeting.

It makes some sense for New Westminster and Richmond, he said, because of the proximity of SkyTrain stations.

Wright said the proposal “is a bit too much” and suggested Malmgren work on a scaled back option. The society’s numbers need to be vetted and some research done to see just what might be viable, he added.

“You have to have the amounts of people, otherwise you don’t make money because there’s just not enough usage yet,” said Wright.

When he visits Sydney, Australia, where he lived for two years, Wright takes water buses all the time. But the population base around the water there is much higher than on the Fraser River, he said.

HST ballots can be dropped off at mall 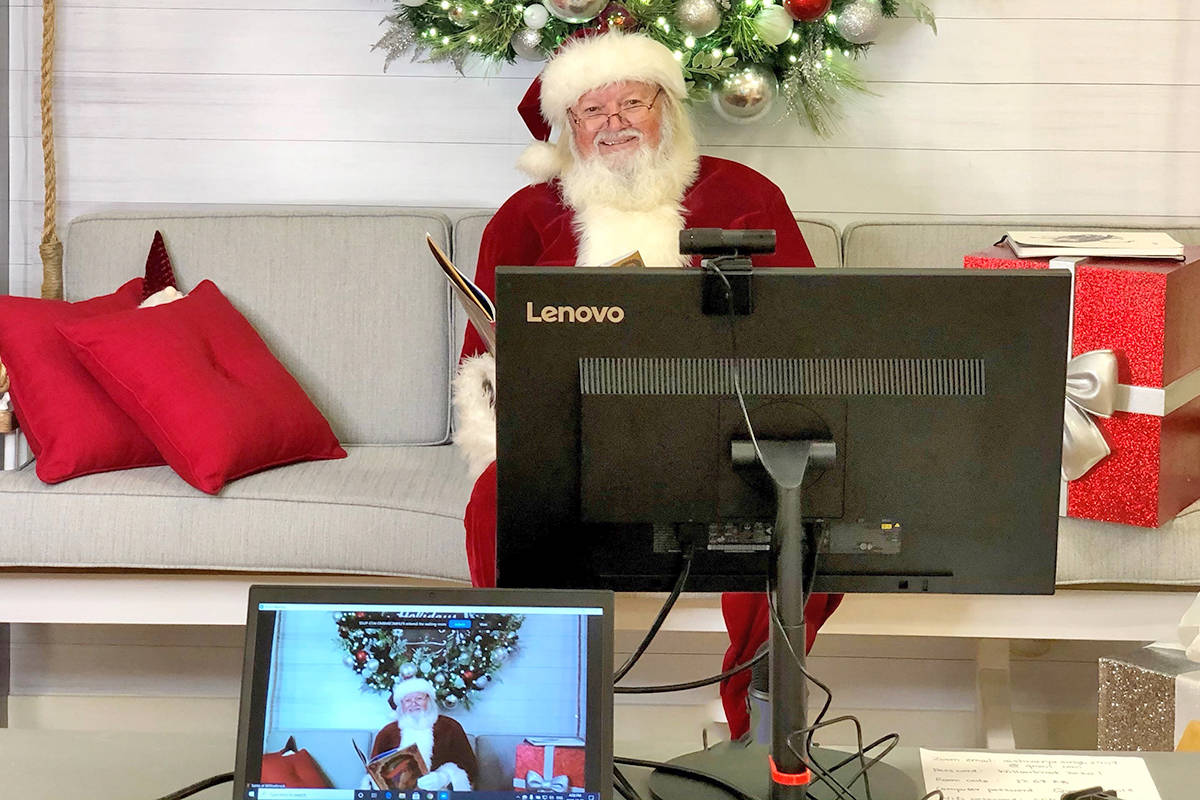