Dianna Lambert cast her ballot on election day at the polling station at Nicomekl Elementary on Monday, Sept. 20, 2021. 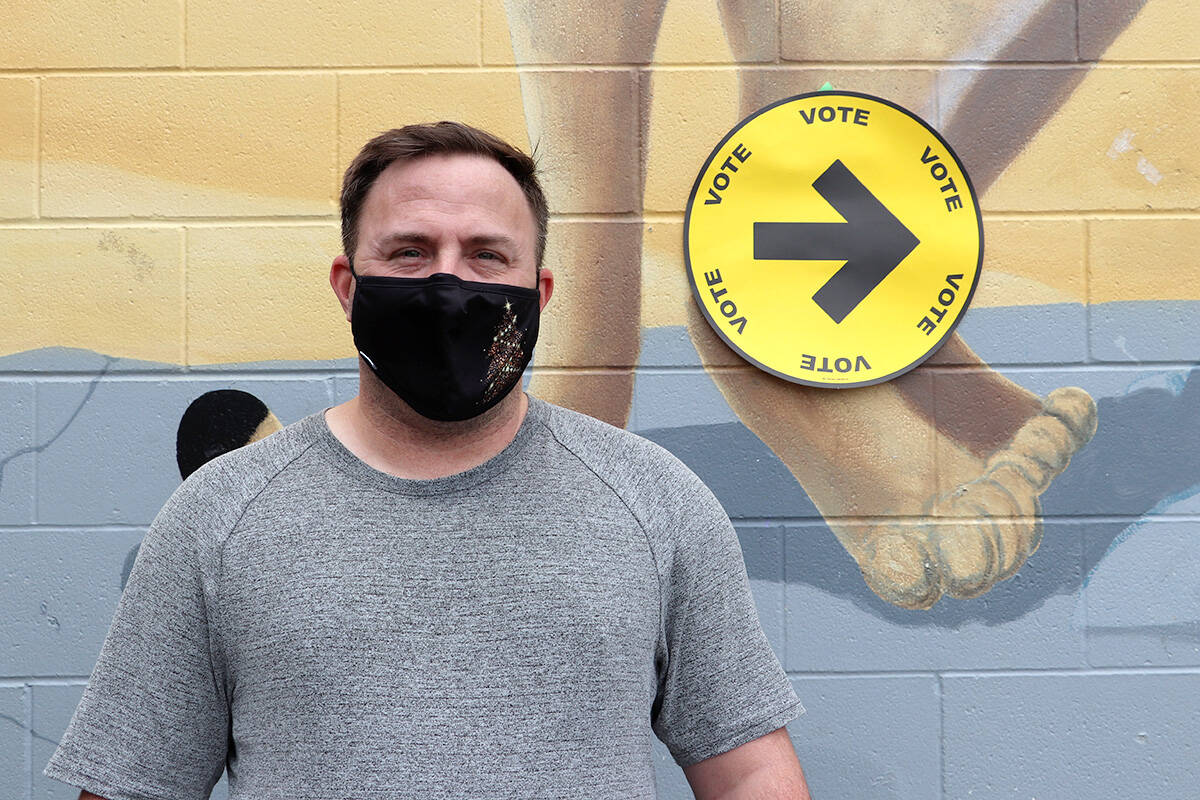 Daniel Zettler said he felt safe voting amid a pandemic as he exited the polling station at Nicomekl Elementary on election day, Monday, Sept. 20, 2021. 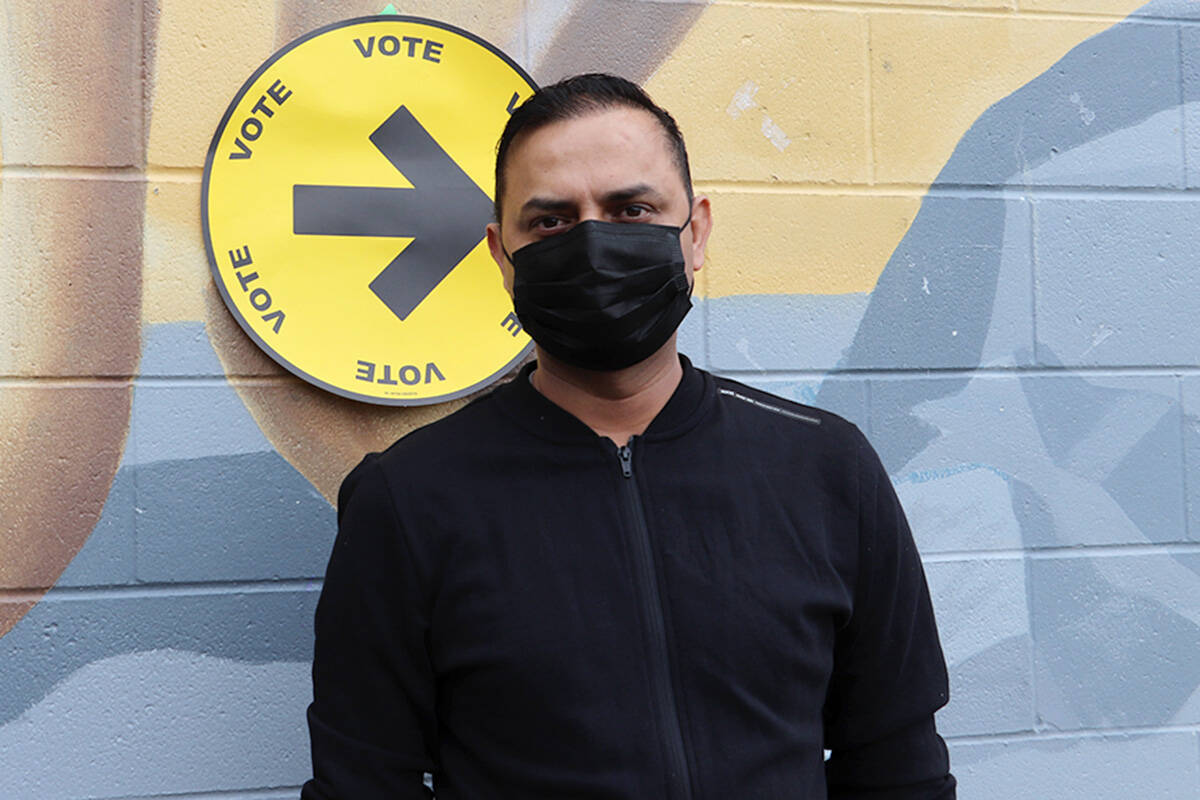 Ashok Kumar took some time away from work to cast his ballot on election day at the polling station set-up at Nicomekl Elementary in Langley City on Monday, Sept. 20, 2021. 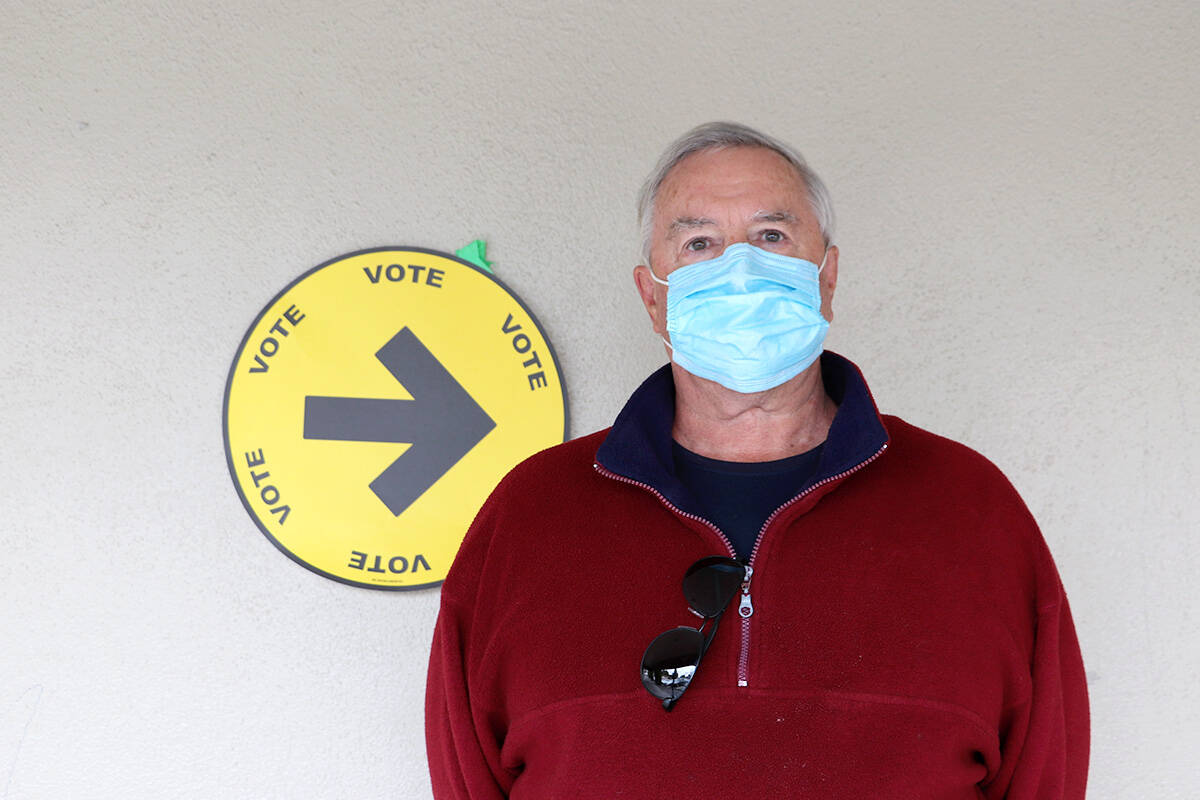 Don Madec said it was his civic duty to cast his ballot on election day Monday, Sept. 20, 2021 but said the election shouldn’t have been called during the pandemic.

Voters who shared their thoughts with the Langley Advance Times after exiting a polling station on election day at Nicomekl Elementary in Langley City said they had long decided who got their vote.

The Langley residents were voting for a candidate in the Cloverdale-Langley City riding, which was closely contested between the Liberals and Conservatives during the last federal election in October 2019. Common among them was a sense of responsibility to participate in the democratic process.

“I think voting is really important,” Dianna Lambert said as she was leaving the school property.

“I’m a woman, and back in the day women lost families and died trying to defend or get our vote – get the chance for women to vote, and I”ll never let that pass by.”

The City resident said she had no hesitation as to who was getting her vote on election day.

“Absolutely,” Lambert responded when asked if she knew how she would be voting before arriving to the polling station.

“I like to be well-informed, know all my options,” she added.

Remember: No matter how you chose to cast your ballot, we have many safeguards to ensure that every vote counts: https://t.co/8S7cXBAL3K pic.twitter.com/hVOst9XuML

Daniel Zettler also likes to be well-informed before heading to the polling station. His vote was decided by a multitude of factors.

“For me it’s really important about what’s going on, and the landscape of Canada. I vote for the people and not necessarily for myself,” he said.

“I always think about the best interest in all Canadians when I’m casting my vote. Typically, I do sway one specific way, but I’m very neutral when it comes to making sure I know what each party stands for as well.”

Zettler didn’t have concerns about voting during a pandemic, but there is little that would have stopped him from showing up.

“I think it was done in a very safe manner, where all protocols were respected. My personal opinion is, I’ll come out and vote no matter what’s going on in the world,” he said.

“We go to the grocery story, we go shopping, why can’t we vote?” he asked rhetorically.

“If you don’t vote now, you can’t complain tomorrow,” he added.

Meanwhile, Don Madec didn’t let the pandemic hold him back from casting his ballot but said the election shouldn’t have been called.

“I don’t like it all,” he said. “I don’t think we should be having an election right now. It was done too quick and in the middle of the pandemic, and it shouldn’t have been done this way.”

Madec also had decided how he was voting well in advance of election day.