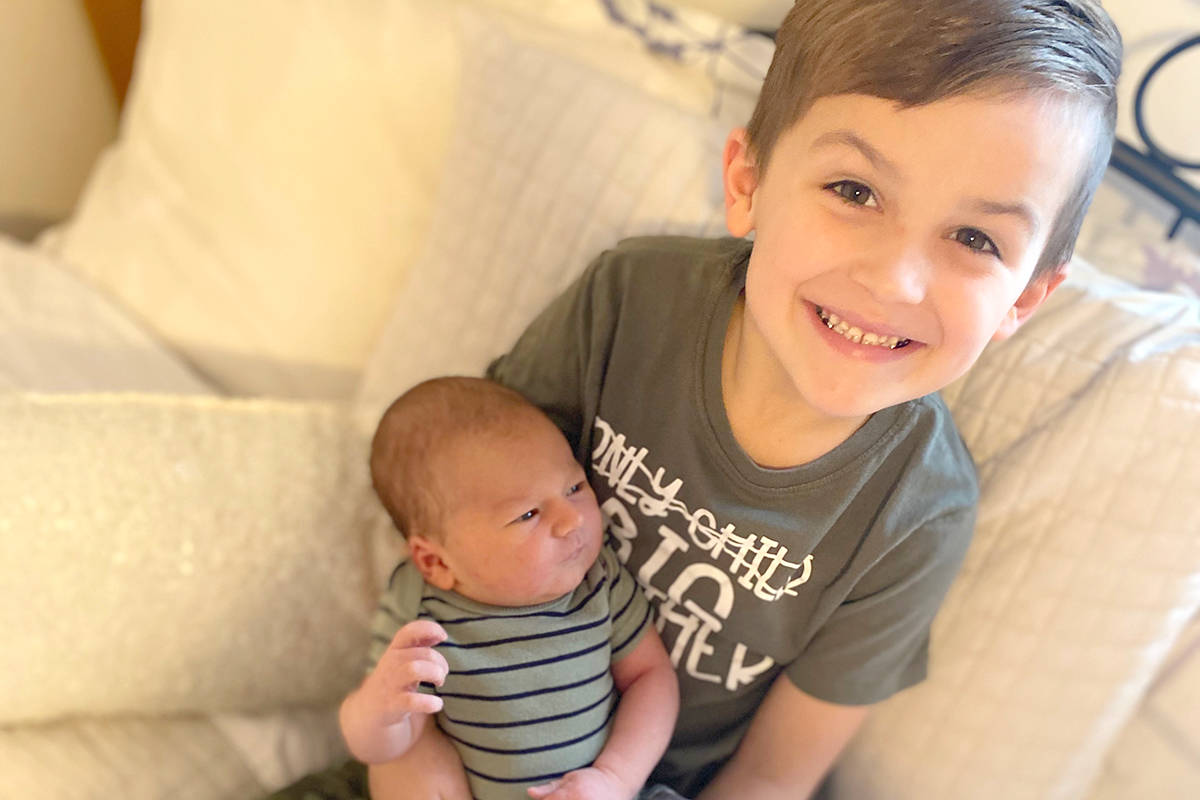 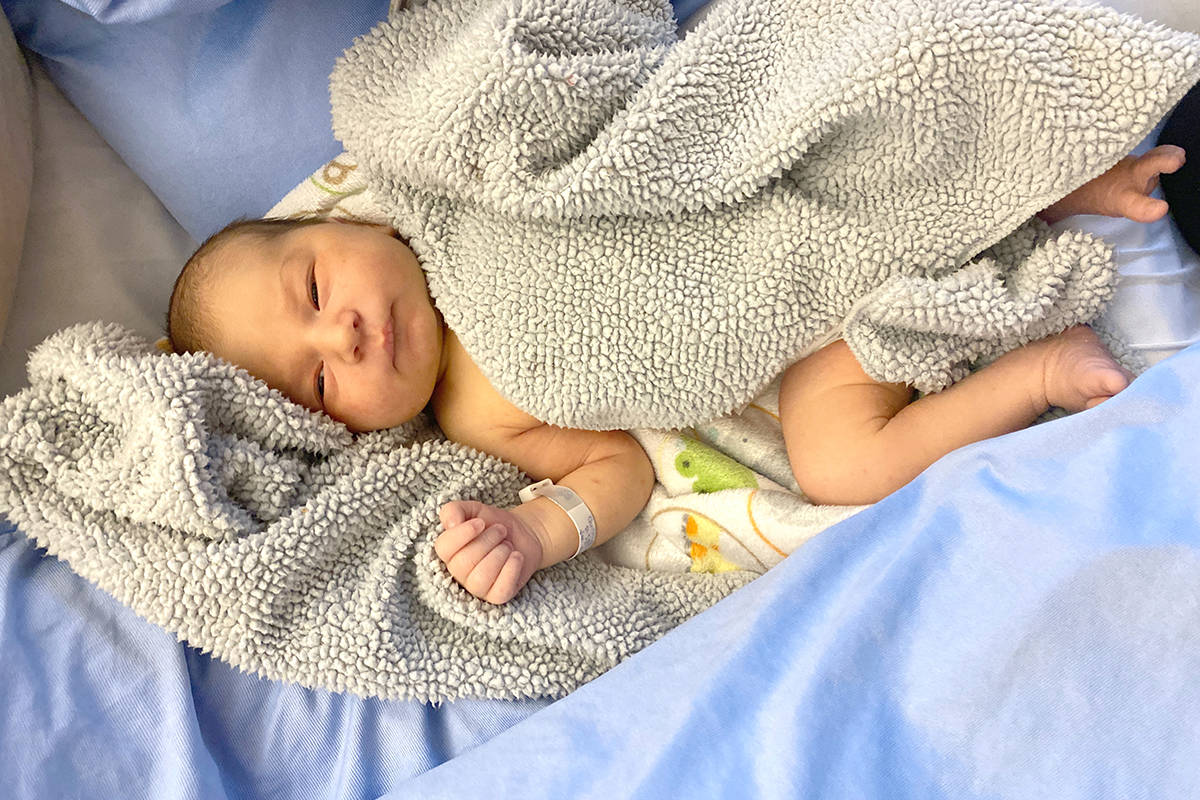 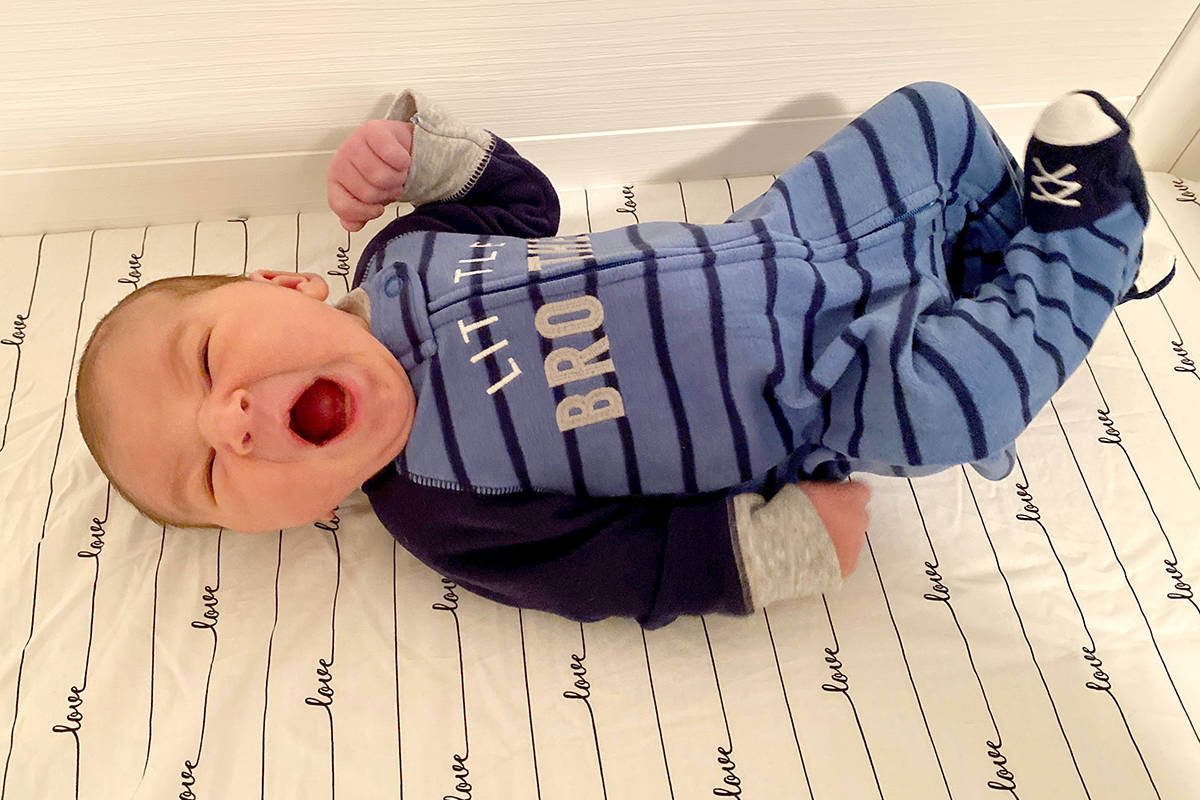 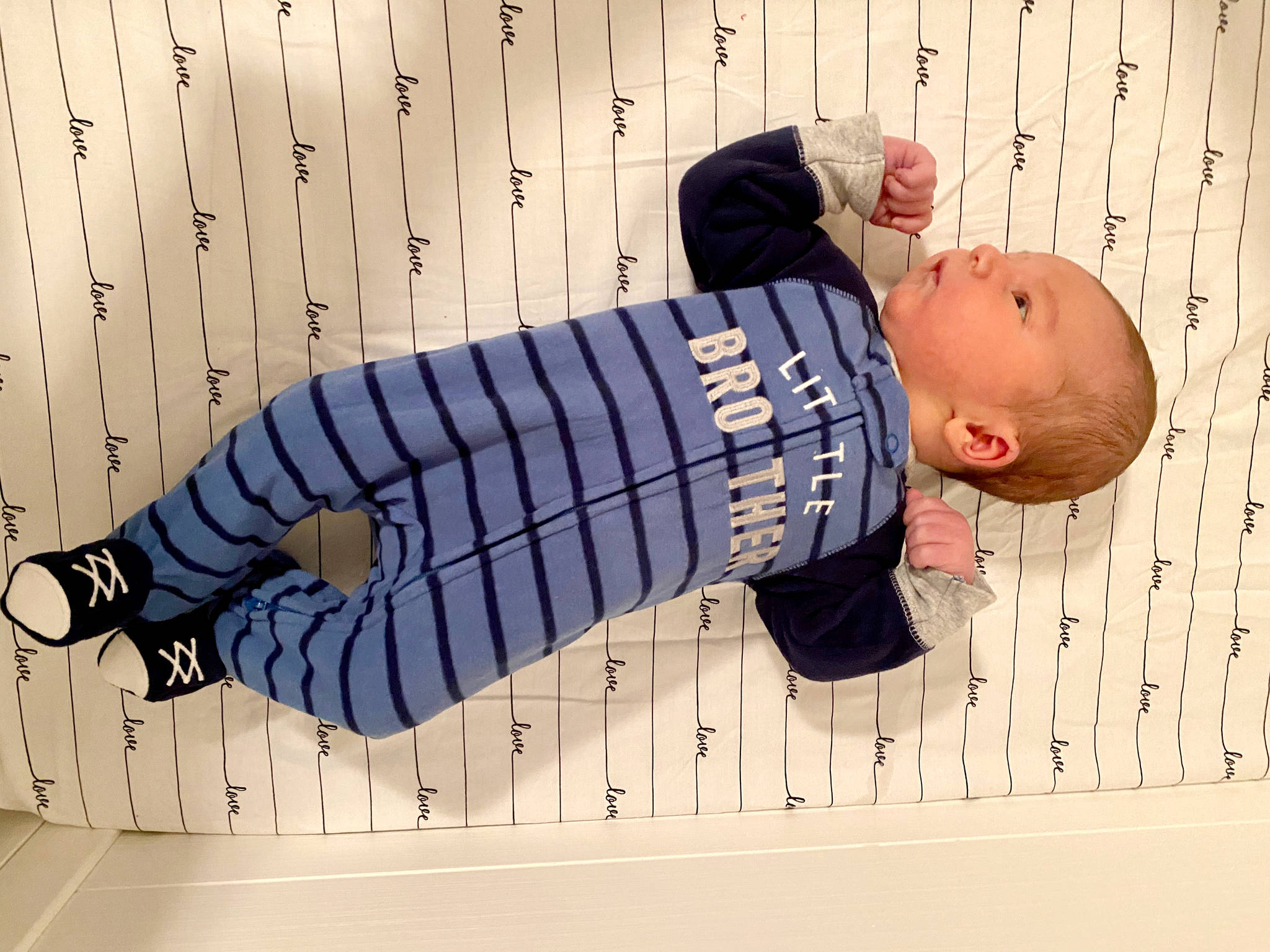 Six-year-old Colton Saharko was sure his new baby brother would share his birthday on Jan. 4 after Mom past her due date. Instead, the family welcomed the newest addition in the early morning hours of New Year’s Day marking the first birth in Langley for 2021.

“[Colton] insisted on picking him up from the hospital,” laughed mom Lacey Christink.

“His face was perfect,” she recalled when Colton first met his little brother.

The couple arrived at Langley Memorial Hospital around 8 p.m. on New Year’s Eve, while Colton was at home with his grandparents.

“When we got to the hospital, because my contractions were so close together, they thought he was going to be born on the 31st,” she explained.

Daxton Saharko was born weighing 9 pounds 12 ounces and measured 22 inches long, according to the now mother of two.

“I’m a very petite mom,” she laughed about giving birth to a nearly 10 pound baby.

There were a few names the family was considering, but said it was important to first met their newest addition and learned his personality.

“We had a family vote,” she said about naming Daxton.

The couple was originally due to welcome him on Dec. 21.

After a challenging year Mom said Daxton is a “light” for the family.

Her first born Colton arrived one month premature, so she expected Daxton to do the same.

“When your first [born] is a month early you don’t expect to be overdue,” she said.

Although Daxton’s late arrival was a surprise, the family knew they were welcoming a boy.

“It was fun to find out,” Christink said, noting this pregnancy was a strong contrast to her first as a result of the pandemic.

“It felt like I was pregnant for a year and a half,” she added.

But on a positive note the couple said the past year helped the family slow down and be present.

“We have a very bad habit of being busy,” Christink said. “Sometimes you don’t take in the little things like being pregnant.”

Now, back at home celebrations for the family of four continue.

Monday (Jan. 4) marked Colton’s birthday. The big brother had big plans on how he was marking this milestone.

“For my birthday I want to go buy us matching outfits,” Colton told Mom.

The mother of two called her family complete now.

“Two boys is going to more than enough,” she laughed.