The five most frequent crash locations in Langley last year won’t be a surprise to local drivers, but newly-released ICBC data shows that one is seeing far more crashes than anywhere else.

The 2020 data for Langley shows that the following locations had the most crashes:

The high number of crashes at 264th and 200th at Trans Canada were each broken down into two sets of crashes – one set for each location on the highway itself, and other set that included crashes that took place in the turning lanes and on and off ramps.

The high number of crashes has been a consistent issue for the busy highway interchanges, particularly 264th Street going back several years. Local firefighters have speculated that the reason there are more crashes might be higher speed – traffic jams farther west slow down traffic more frequently.

We asked Langley Advance Times readers on Facebook about where they saw or worried about crashes.

Several noted the highway, including at 264th Street.

Intersections on busy 200th Street were also mentioned frequently, including at 80th Avenue, the Langley Bypass, and 72nd Avenue.

“I drive rig in Langley,” wrote Cory Donald. “200th southbound at 80th people constantly cut from the far right right at the light… I had a near miss yesterday.” 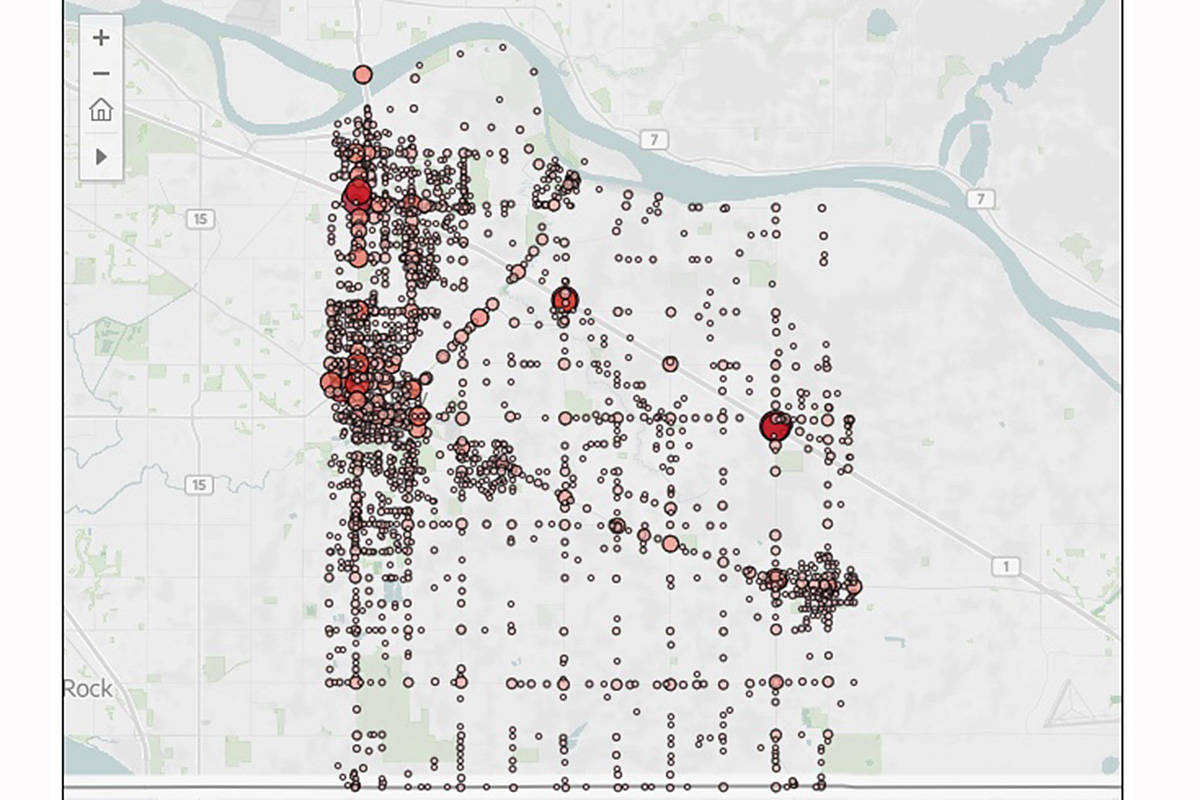 An ICBC data map shows the location of every car crash reported to police in 2020. Major routes and key intersections saw many more crashes. (ICBC) 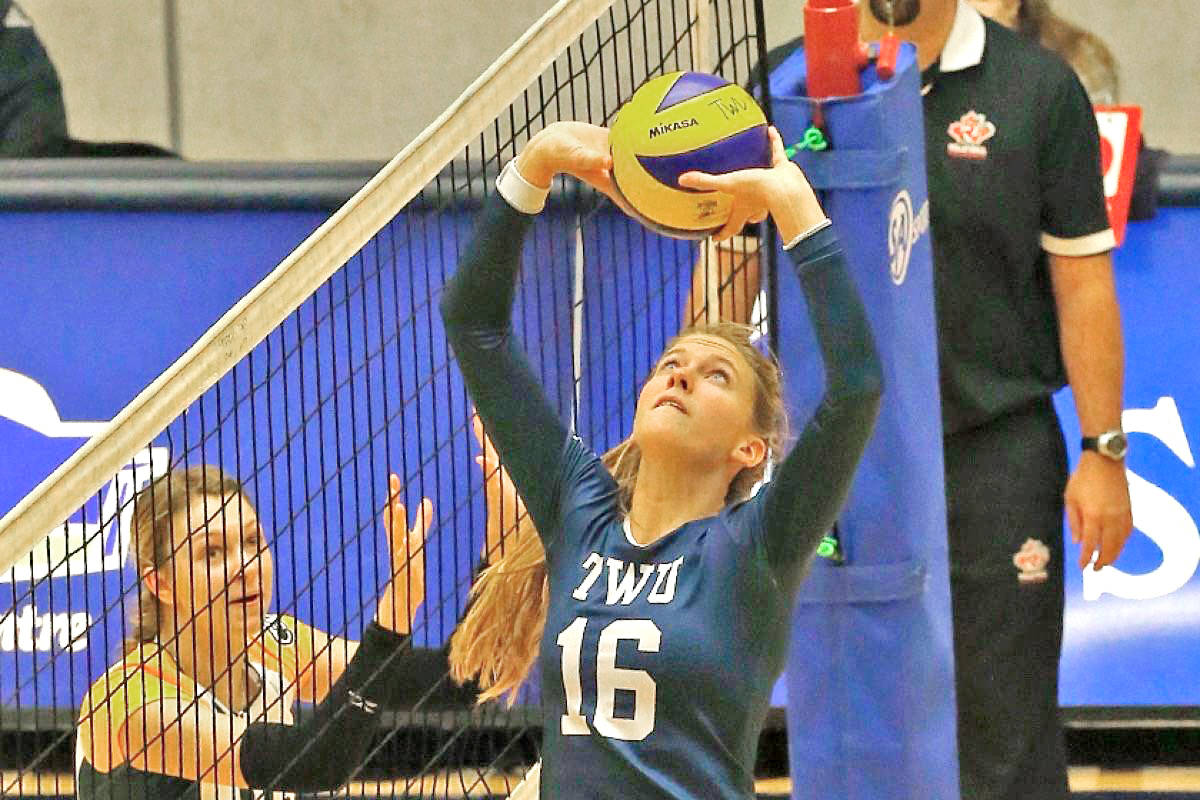 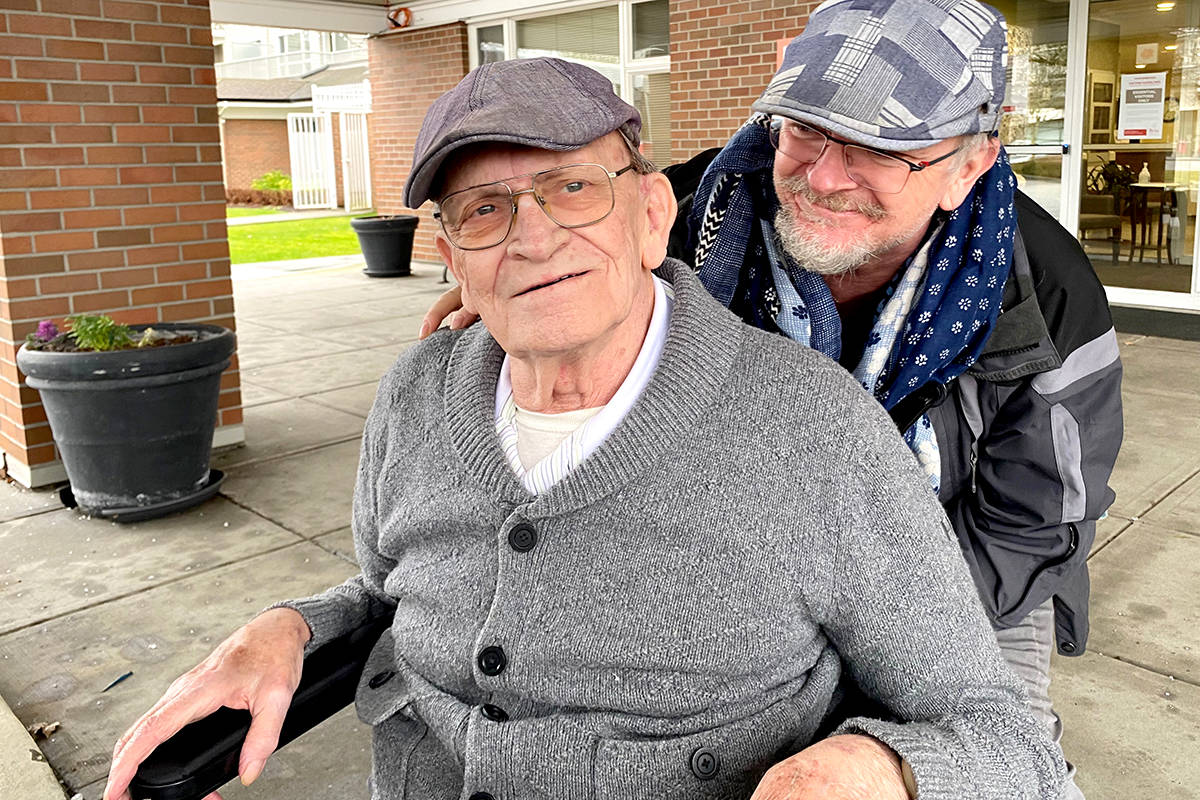 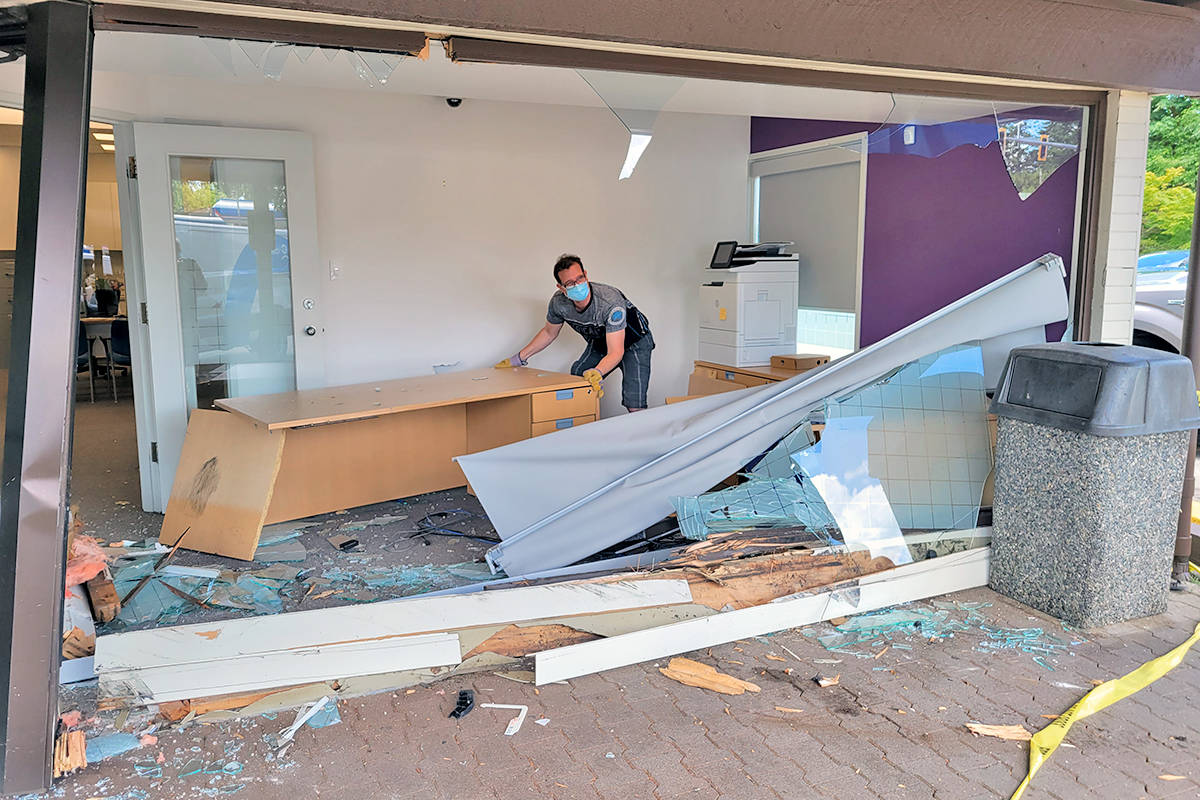 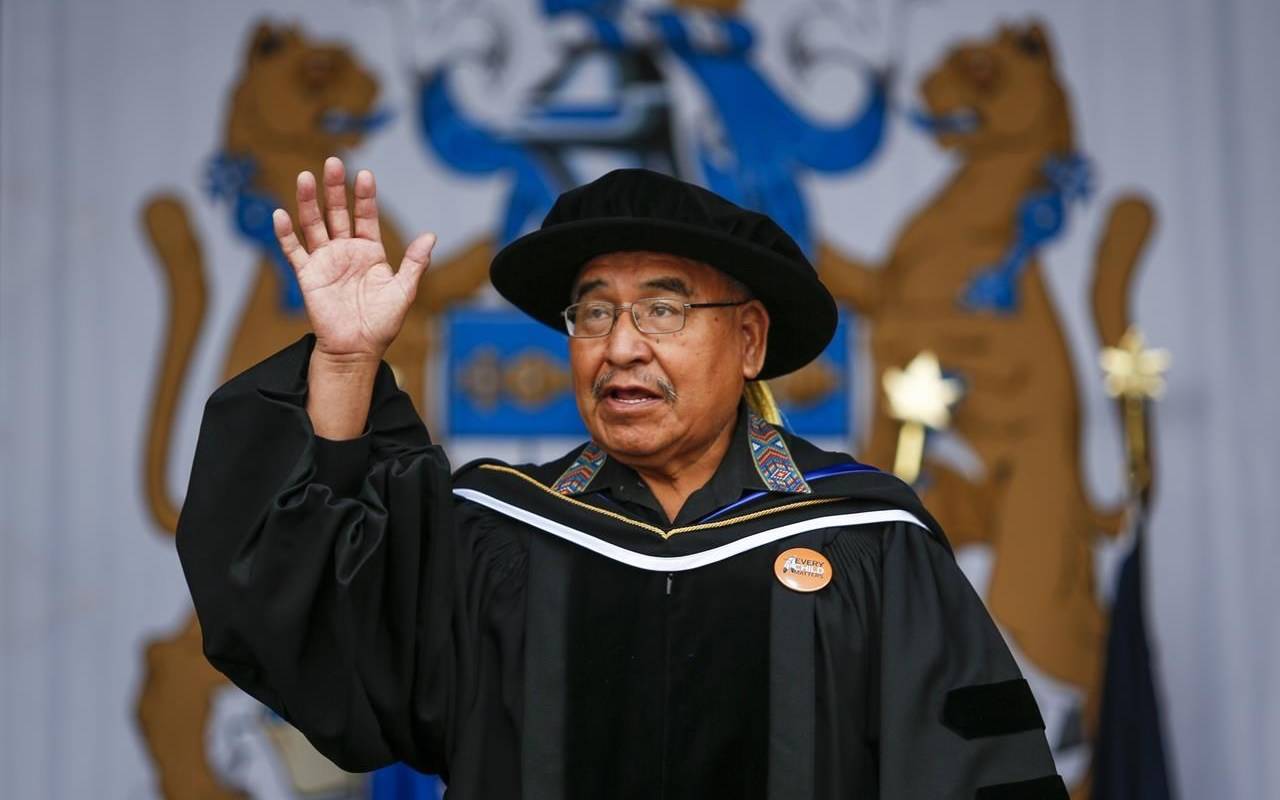 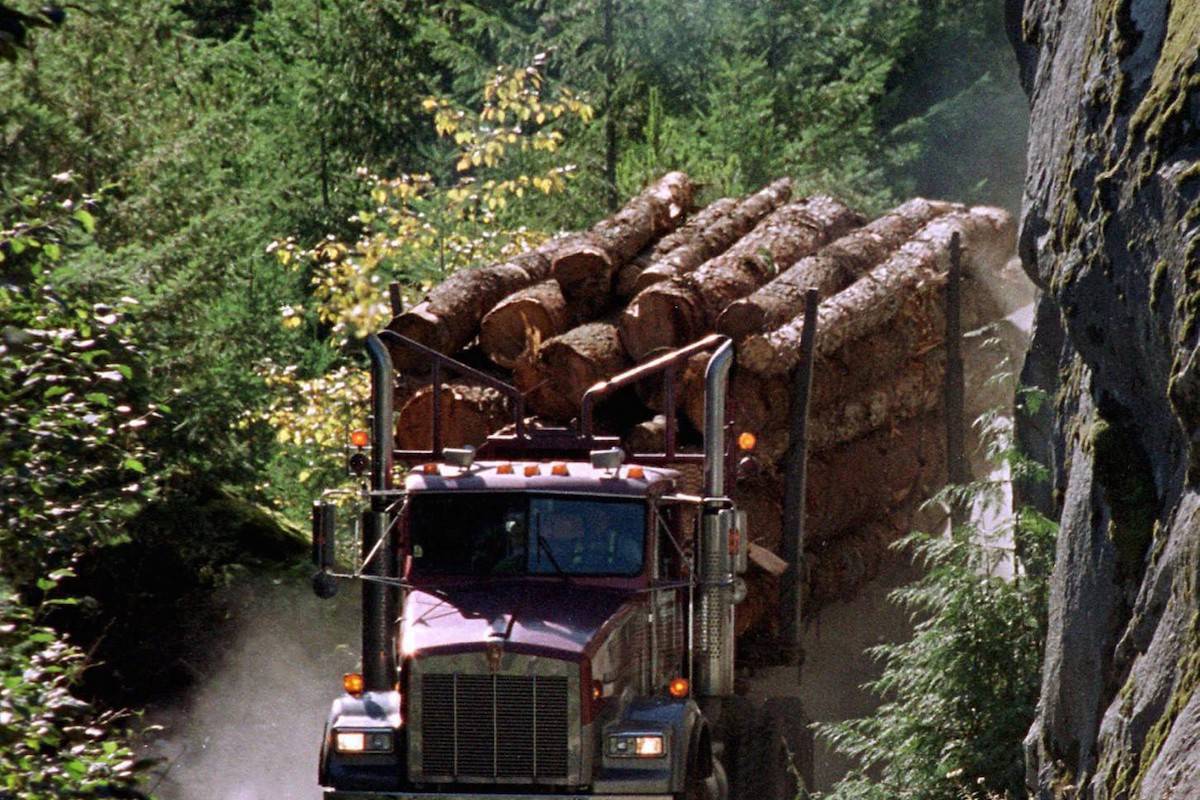 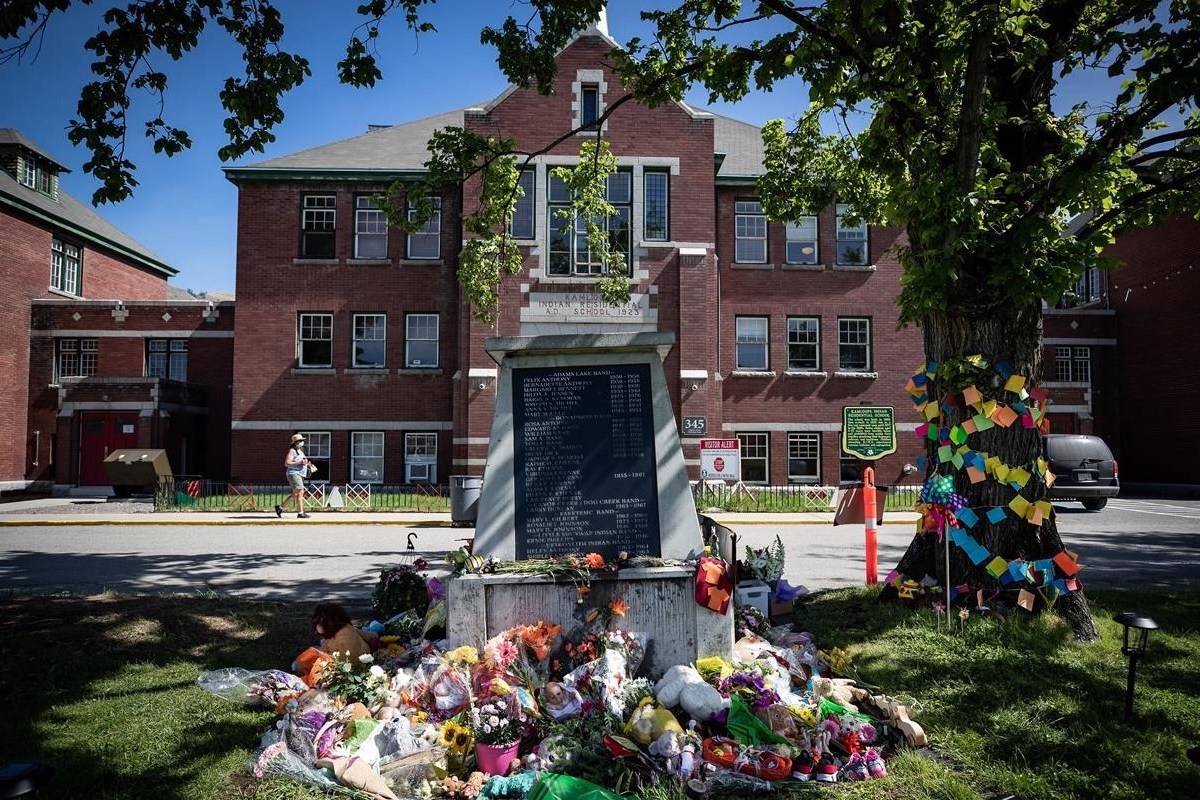 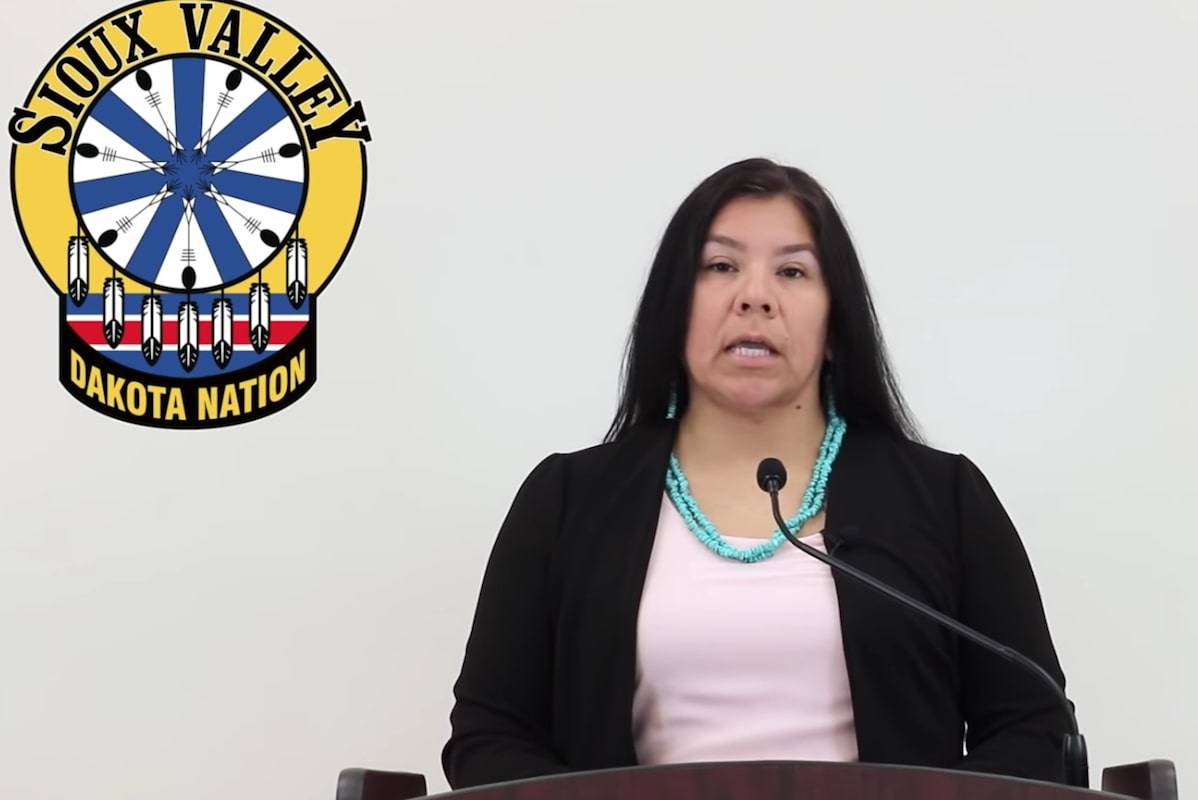