Langley’s Larri Woodrow has been named winner of the BC Wildlife Federation’s (BCWF) prestigious Barsby Award for Conservationist of the Year.

“I was blown away,” Woodrow told the Langley Advance Times.

“This is just a wonderful award for anyone to receive in their 80s.”

Woodrow, 82, has has been maintaining habitats for waterfowl for nearly 50 years, installing bird boxes in the woods to encourage birds to reproduce.

He is honoured to be recognized by the 43,000-member federation.

“There’s an awful of them who have done a lot of good work,” he summarized.

The Conservationist of the Year trophy is sponsored by the BCWF board of directors, on behalf of all members, and is awarded annually.

Originally, the selection was made by Ted Barsby of Nanaimo, the first president of the federation, and is now selected by a committee comprised of BC Wildlife Federation Past Presidents.

It was presented to Woodrow in a virtual ceremony on Saturday, April 24th, and now hangs in his home.

It is the greatest honour the Federation can bestow on any individual for an outstanding contribution to conservation over the years.

Barsby winners are selected for their dedication to long-term conservation of natural resources, integrity in performance toward conservation goals, and true conservation stewardship.

Among other things, they must have made an outstanding contribution to conservation at a provincial level over a continued number of years, and made a difference through hands-on work or by educating or informing the public.

They must be well respected by their community and peers, and have succeeded in helping and encouraging people understand the natural world, resulting in them becoming enthusiastic supporters of conservation and environmental protection.

All of that applies to Woodrow, a now-retired school teacher who has been building and installing bird box for five decades.

Woodrow says he developed his love of nature growing up on his family’s 30-acre farm, “poking around as a child and as a teen.”

Some of the young volunteers Woodrow has introduced to bird boxes are still at it many years later.

One, a Delta resident, is now 52, and managing bird boxes “all the way out to Hope,” a proud Woodrow related.

Woodrow says he is looking after “only a dozen’ bird boxes these days and was disappointed to recently discover that two bird boxes in some easy-to-access woods near Trinity Western University had been vandalized .

“There was a stick in the hole,” Woodrow said.

“They were empty. I’m going to have to move them to a more difficult spot.” 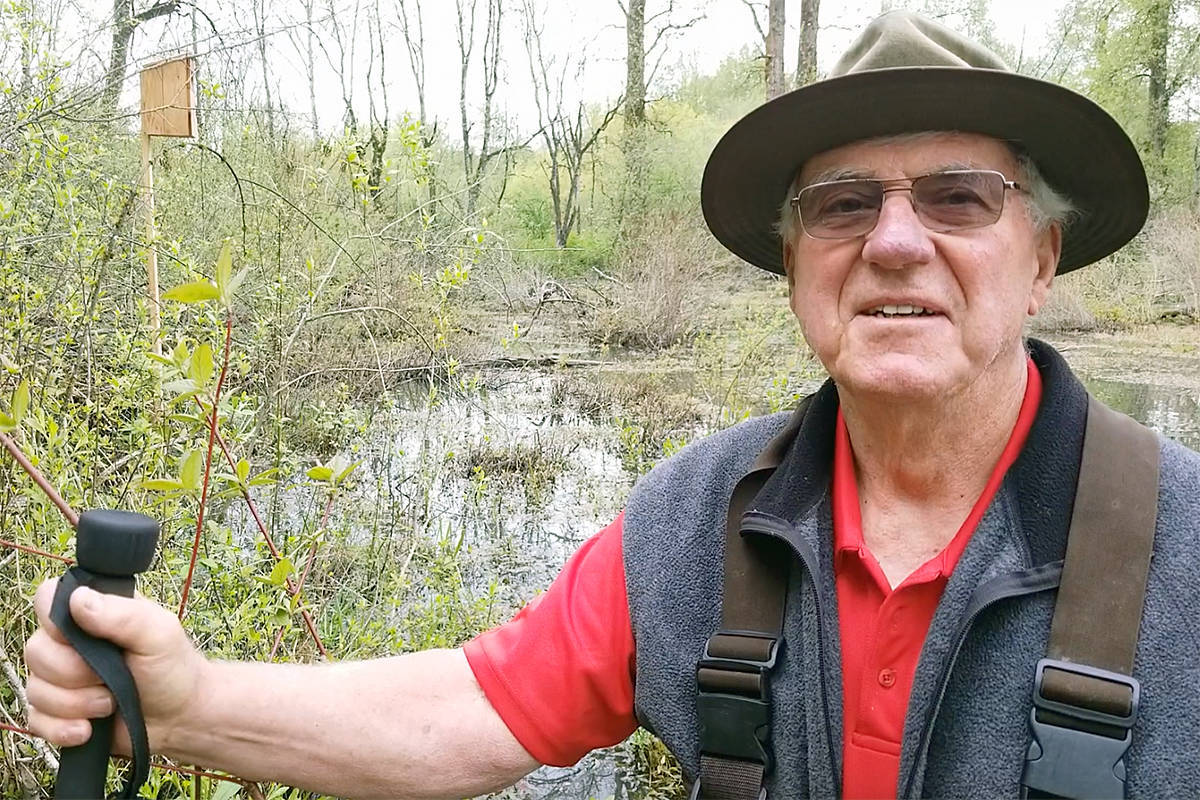