Langley’s school district has been lobbying for additional space at the new R.E. Mountain Secondary and now has received word of an extra eight classrooms added into the new facility.

The current REM is overcapacity and relies on 21 portables beside the main building.

In December 2017, the provincial government announced approval of a new high school in the overcrowded Willoughby area to accommodate 1,500 students and would have been double the current R.E. Mountain school.

That school will now have a capacity for 1,700 students.

“Early planning by the Board of Education and cooperation with the Ministry of Education in adding these student spaces will be helpful in addressing the rapid growth in the region,” said Langley School District board chair Rob McFarlane.

Even when the school was on the drawing board, it was clear that it would be overcapacity at 1,500. The district included a ‘shell space’ in the design to accommodate expansion at a later date. But the district decided it would have to be built out during initial construction and reached an agreement with the B.C. Ministry of Education. Both will add another $1.8 million to fit out the additional eight classes.

The existing building will be converted into a middle school. 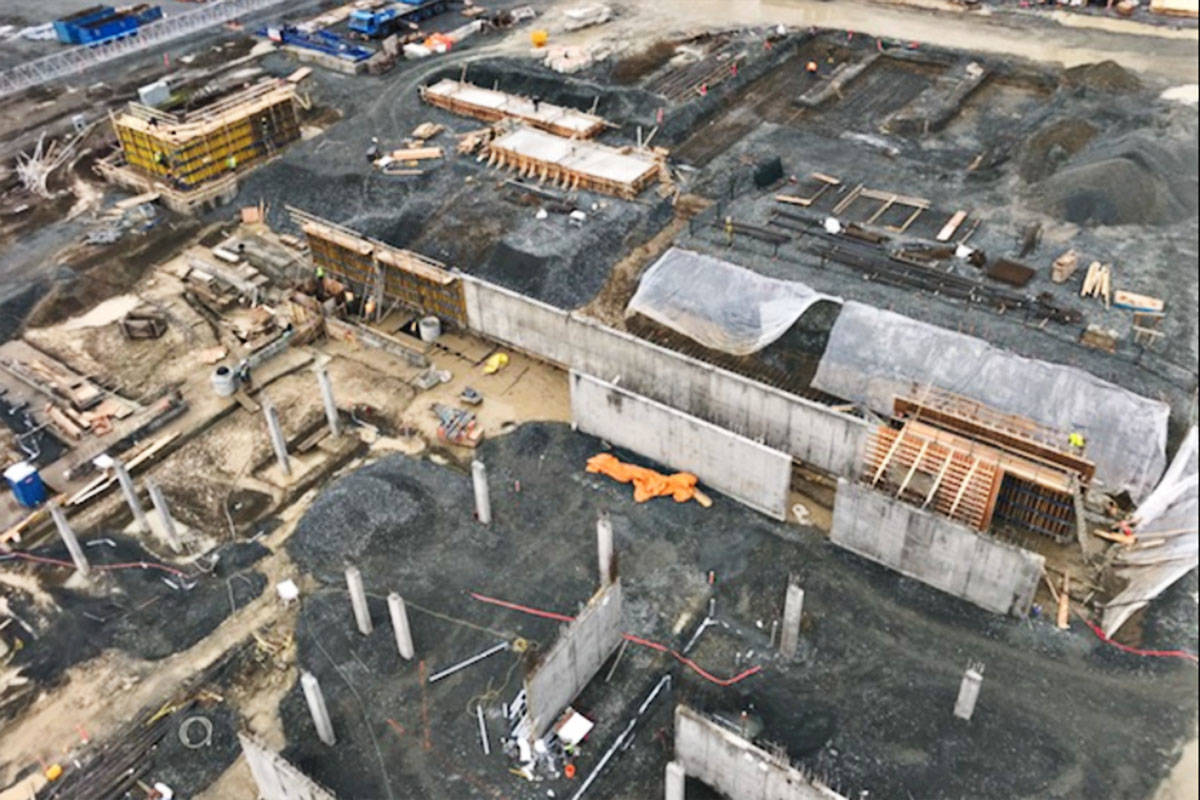 A new high school being built in Willoughby has space for 1,700 students. (Langley School District photo)

Thousands of B.C. parents missing out on $1,200 grants