“Lengthy delegations” anticipated regarding two proposals in the works for South Surrey prompted city officials to bump up the start of its public hearing on the matters up by five hours, to 2 p.m. on July 26.

Mayor Doug McCallum said he expects “a number of speakers” regarding both the revised plan for South Campbell Heights, as well as for the Harmony inclusive-housing apartment.

The hearing on the second matter was set during council’s June 28 meeting, after staff and council were inundated with emails, correspondence and other communications following an April 26 hearing regarding an amendment bylaw that would to enable realignment of a portion of the Semiahmoo Heritage Trail that currently runs through the site eyed for the 91-unit, six-storey development.

The follow-up correspondence “sort of cancelled the (April 26) public hearing,” McCallum said at that time.

The South Campbell Heights hearing was set during council’s July 12 meeting, after council approved the revised plan and gave first and second reading to a series of amendment bylaws.

The matter was supported on a 5-4 vote with Couns. Brenda Locke, Linda Annis, Steven Pettigrew and Jack Hundial opposed. The opponents cited lack of public and neighbourhood support, impacts to the environment and concerns for the Brookswood Aquifer.

The City of Surrey is seeking to re-designate 600 acres south of 20 Avenue, between approximately 186 and 196 Streets (bordering the Township of Langley), to employment lands, and to expand the urban containment boundary.

Bisected by the Little Campbell River, much of the area sits atop the Brookswood Aquifer.

The city first asked to amend the regional growth strategy (Metro 2040) in January 2018, however, the application was rejected by the Metro Vancouver board.

Stewards and stakeholders at that time expressed concerns that the city’s plan would open the door to large-scale industry along the river, and pose a serious risk to its water quality and the area’s habitat. Their stance on that has not wavered.

The scale of change proposed is like “opening Pandora’s box,” David Anderson, co-director of A Rocha Canada’s Brooksdale Environmental Centre, told Peace Arch News ahead of the July 12 meeting.

Subject to third reading of the Official Community Plan amendment bylaw, council has authorized city staff to submit another application to Metro Vancouver.

Councillors who on July 12 voted to move things forward cited the need to offer more opportunities for business, as well as a shortage of industrial lands in the Metro Vancouver region.

“Surrey is the only area in the Metro region that has any industrial lands at all, or potential to rezone to industrial lands,” said Coun. Laurie Guerra. “And it is one of the top priorities to get employment industrial lands in the region so we can get jobs, we can have these types of cities where you can work, play, live and all of it combined.”

Guerra noted that concerns raised by opposing councillors “are already addressed in the report.”

Coun. Allison Patton said looking ahead to “see what can we do to improve lives for all of us so that we can still live here and work here and have our children do the same, this is one critical piece of that puzzle and it’s a really important thing to do for our city.”

Hundial, in registering opposition to the plan in its current state, said lessons learned in North Campbell Heights “we should be applying to the south, which is, we don’t need to do this – not here, at least.”

Hundial noted that farming is also employment, “and I think sometimes we overlook that.”

“The streams are still running up there,” he said, and staff have “very clear direction” to also protect the environment in the south.

He said for a city to be healthy, it needs “a very large business park in it, otherwise the city will not survive, because you need to provide jobs for your residents.”

“We have a golden opportunity in Surrey,” he said. 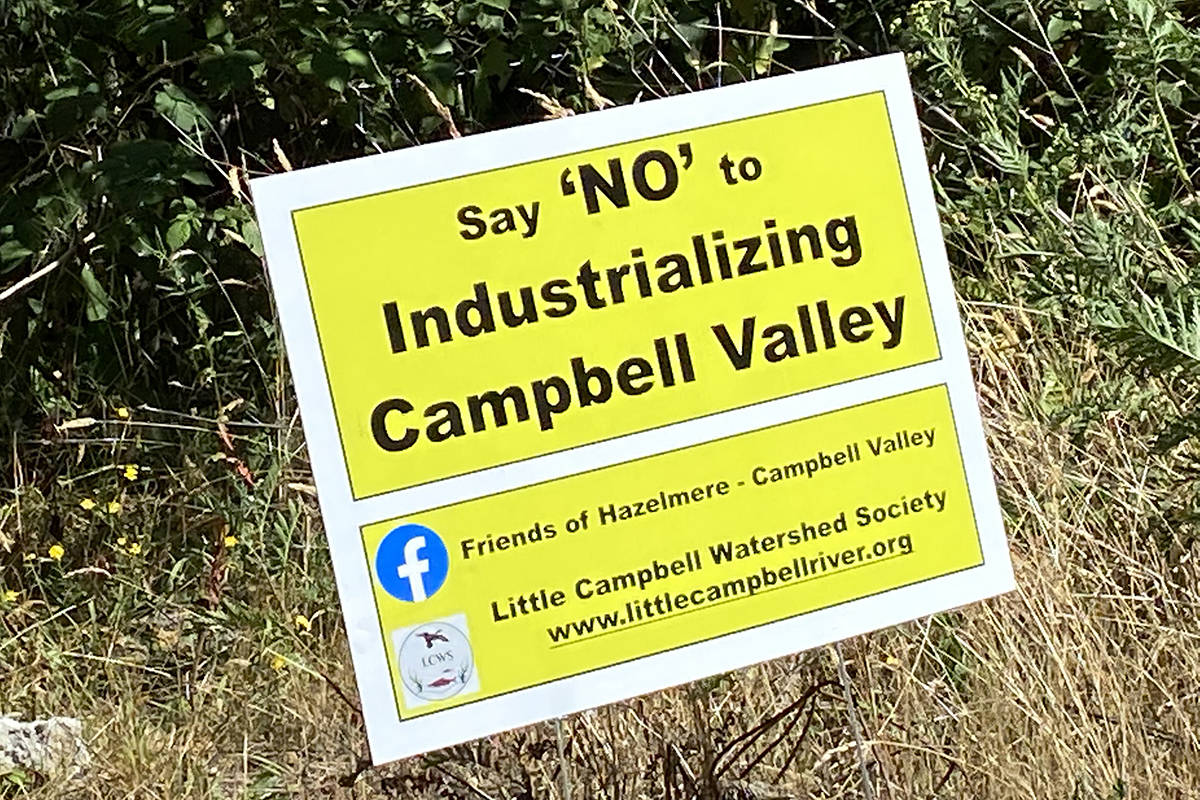 A sign posted at the edge of 192 Street near 20 Avenue reads ‘Say ‘NO’ to Industrializing Campbell Valley.’ (Peace Arch News staff photo)