A few dozen invited guests, adorning masks and for the most part keeping their distance, gathered at the Murrayville Cemetery this morning to pay respects on behalf of a community.

Due to social-distancing restrictions placed upon B.C. as a result of the rapidly spreading coronavirus, many 2020 Remembrance Day services across the province were called off, pre-taped, or – as was the case in Murrayville – livestreamed with only a small group of people there to represent the hundreds who normally attend.

Murrayville is one of the newer services held in Langley, Wednesday’s ceremony only the fourth annual. Today’s service was closed to the public, but attended by about 40 special guests invited to participate in the actual day-of-events.

PAST COVERAGE – LEST WE FORGET: Murrayville remembers – but no public in-person service

The service was once again held at the 1921 cenotaph that is tucked away near the back of the suburban cemetery next to the Langley Golf Centre. Traditionally, the cenotaph is guarded by four cadets, but this morning four local Mounties stood their post at the corners.

And just before 11 a.m., a procession lead by piper John McCallum was led down the gravel path to the cenotaph, where among many traditional markings, a Surrey French immersion teacher and classical opera singer Krystal McEwan sang O’Canada, Amazing Grace, and God Save the Queen.

The ceremony was also marked by laying of wreaths, as well as multiple flyovers by Langley’s own Fraser Blues aerobatic team, playing of The Last Post and Reveille by bugler Brian Parkinson, as well as the reading of John McCrae’s famous “In Flanders Field” poem by Bob Long (and accompanied by 11-year-old signers Cessa McCall and Oisin Adams, both Grade 6 students from Langley Fundamental Middle Secondary.

Ther service also included the reading of a poem, called The Parade Ground Beneath Our Feet, written and read by poet Fred Dalkeith, plus a prayer – written by ceremony committee member and event emcee Grace Muller – and read by RCMP’s Kirby Adams.

“We ask you to forgive the mess people have made of this world,” said Adams, who is also a member of the ceremony organizing committee.

“We give you thanks for all those we remember today – those who sacrificed their lives – those who gave up much and suffered much – so that we may live in freedom and peace. May we never forget your service and sacrifices… May we never take our freedoms and peace for granted.”

Walking away from the service, Township Mayor Jack Froese – who was thanked for his family’s recent donation of a flagpole at the Murrayville cenotaph – was overheard saying his goodbyes and sharing how he looked forward to visiting the legion next year – hopeful COVID will be behind us – to once again buy a jug of beers for all those who have and for those who continue to serve.

It’s a tradition, he explained, that he started in 2011, just before he was first elected to office and has been doing ever since – until 2020, that was.

Footage of Langley Prairie – 1941 shows the raising of the Pledge Flag for the Victory Loan Campaign. Although we can’t gather in-person today, we remember the sacrifices of Canadians in times of war. Virtual ceremony info: https://t.co/6UNtqZjQwl #CanadaRemembers #LestWeForget pic.twitter.com/2ijflaN4bh 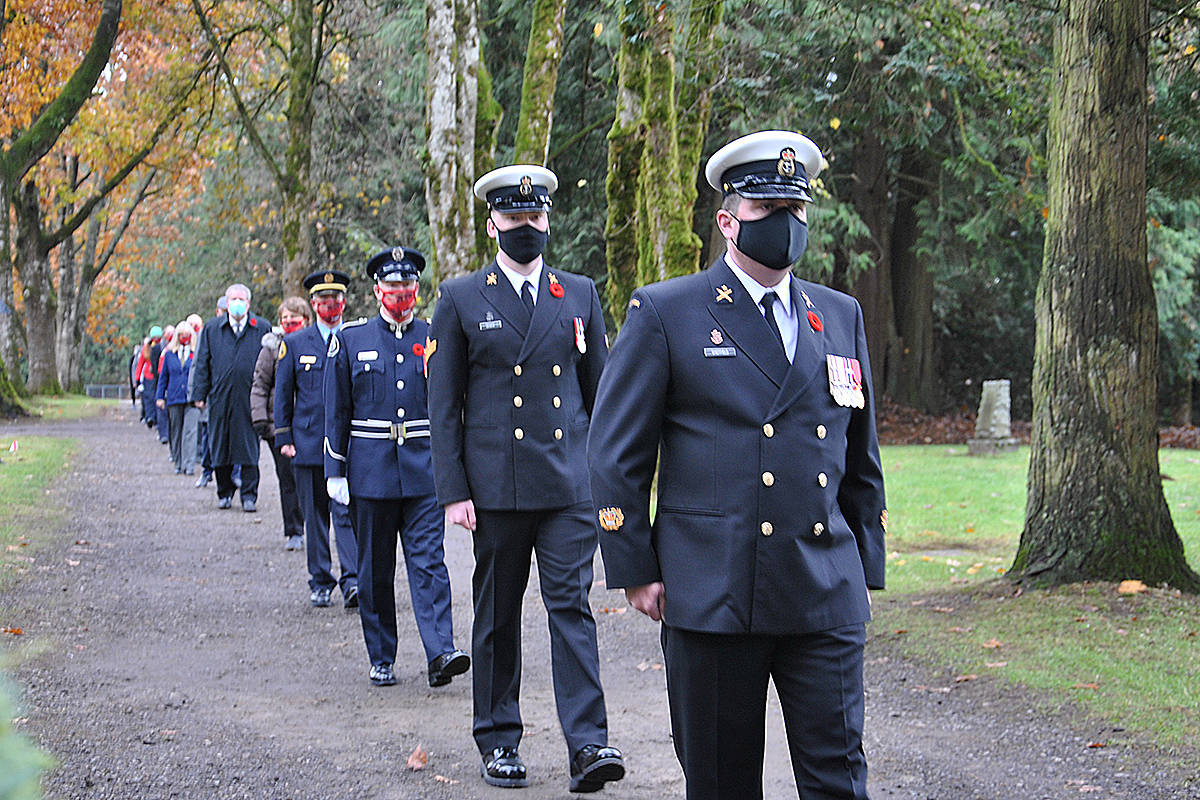 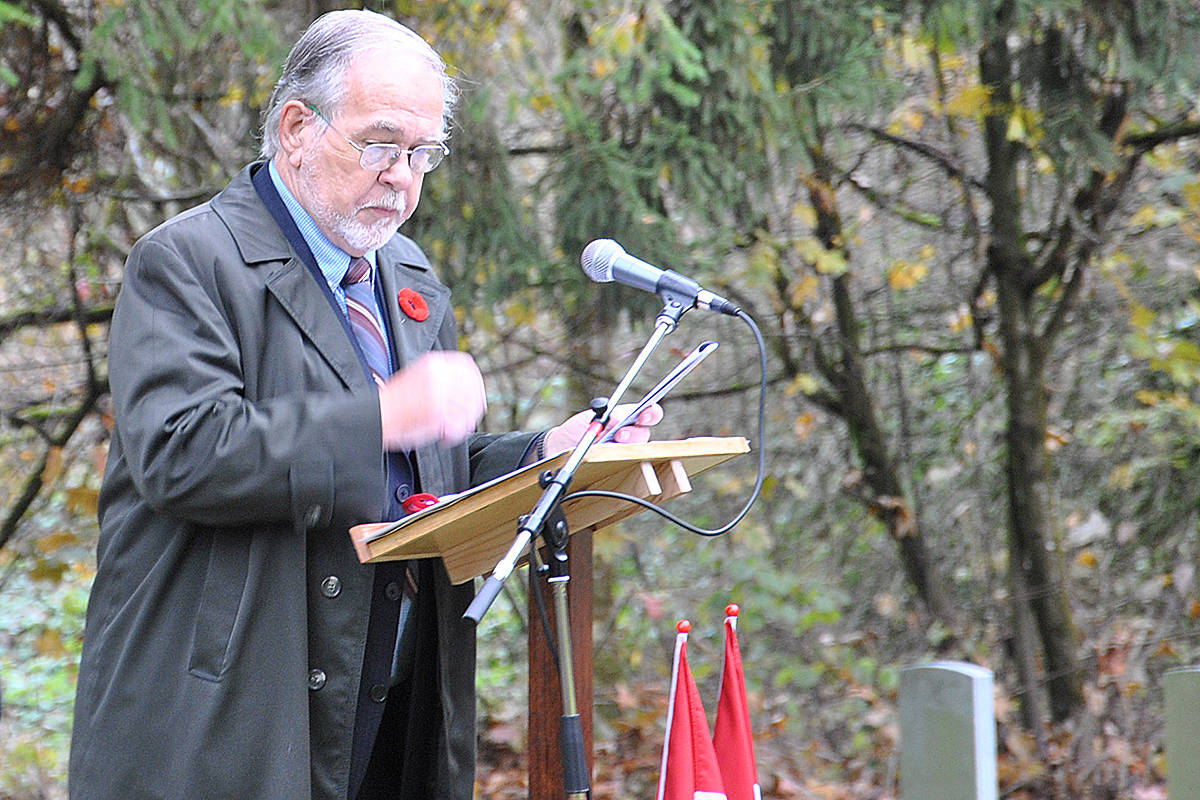 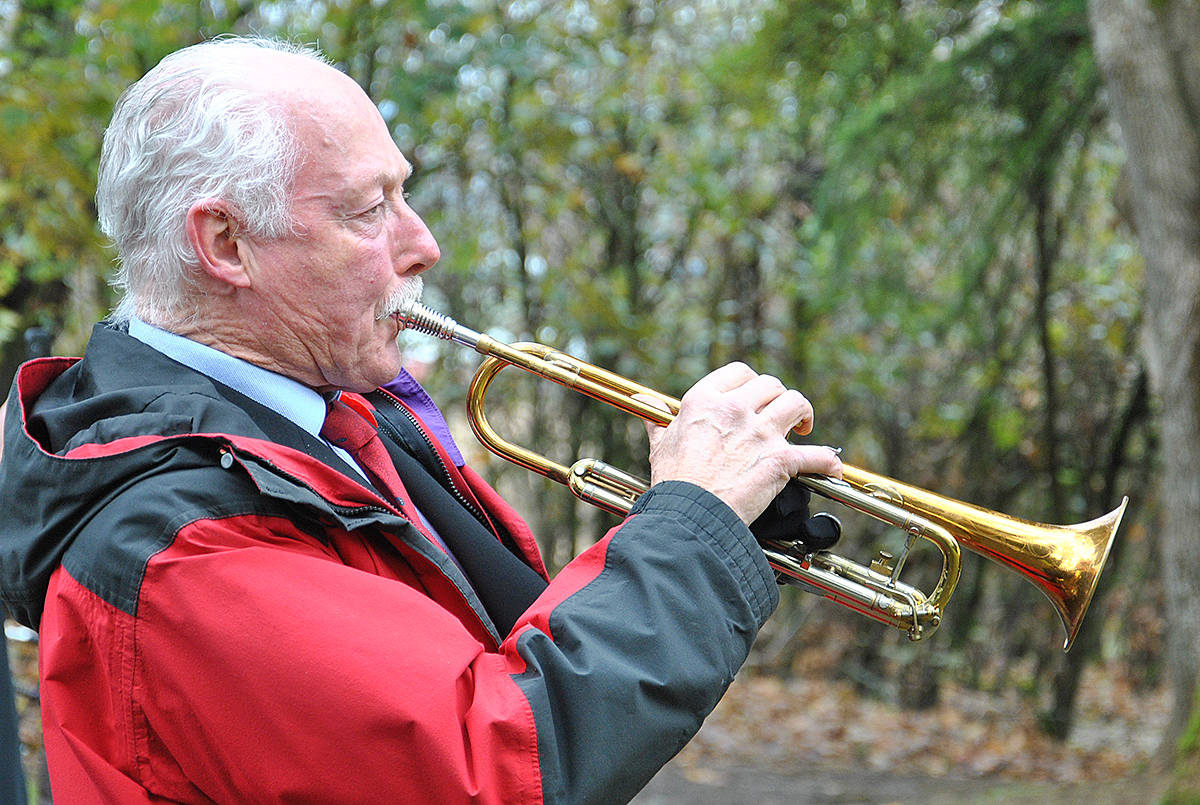 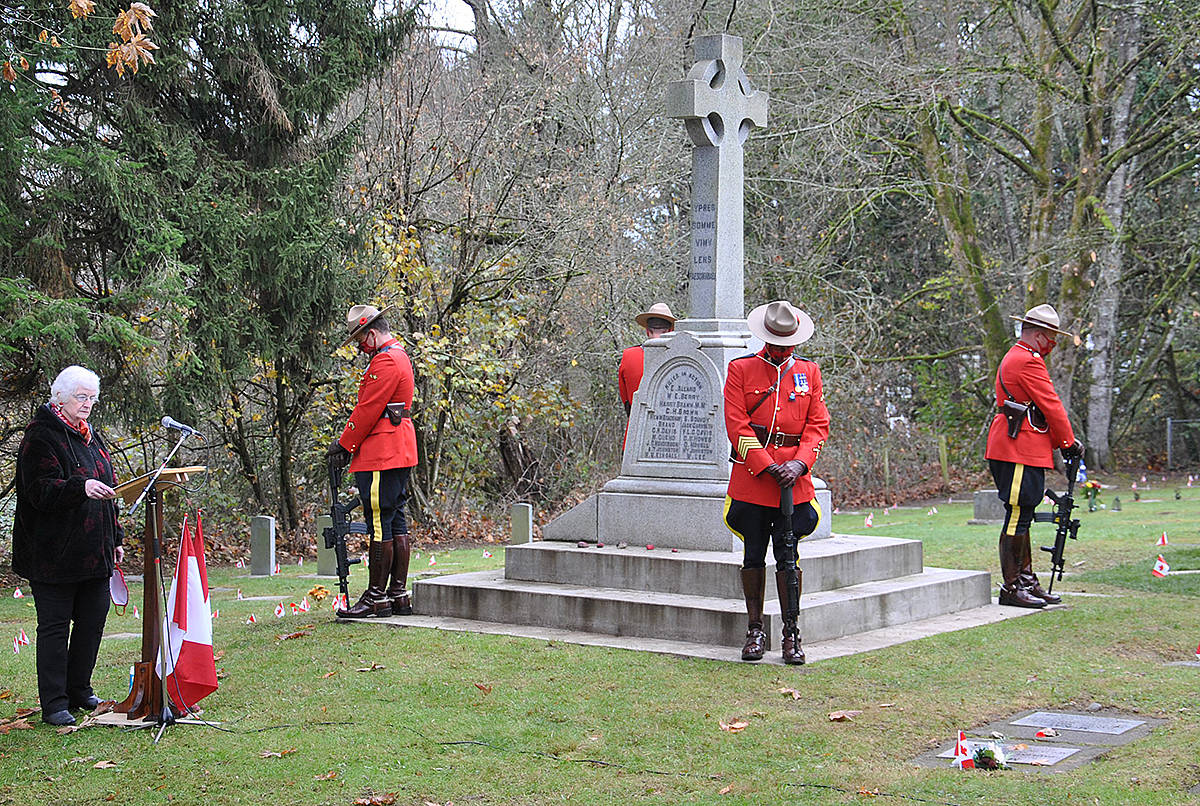 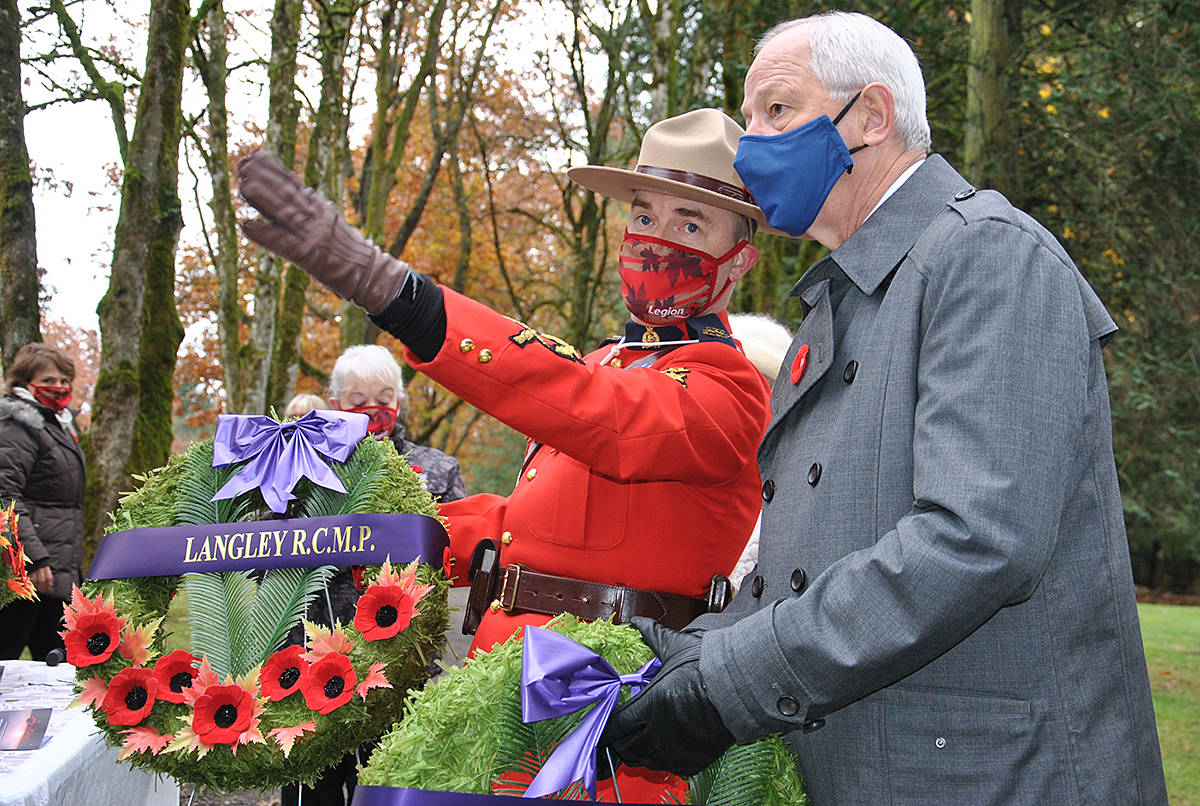 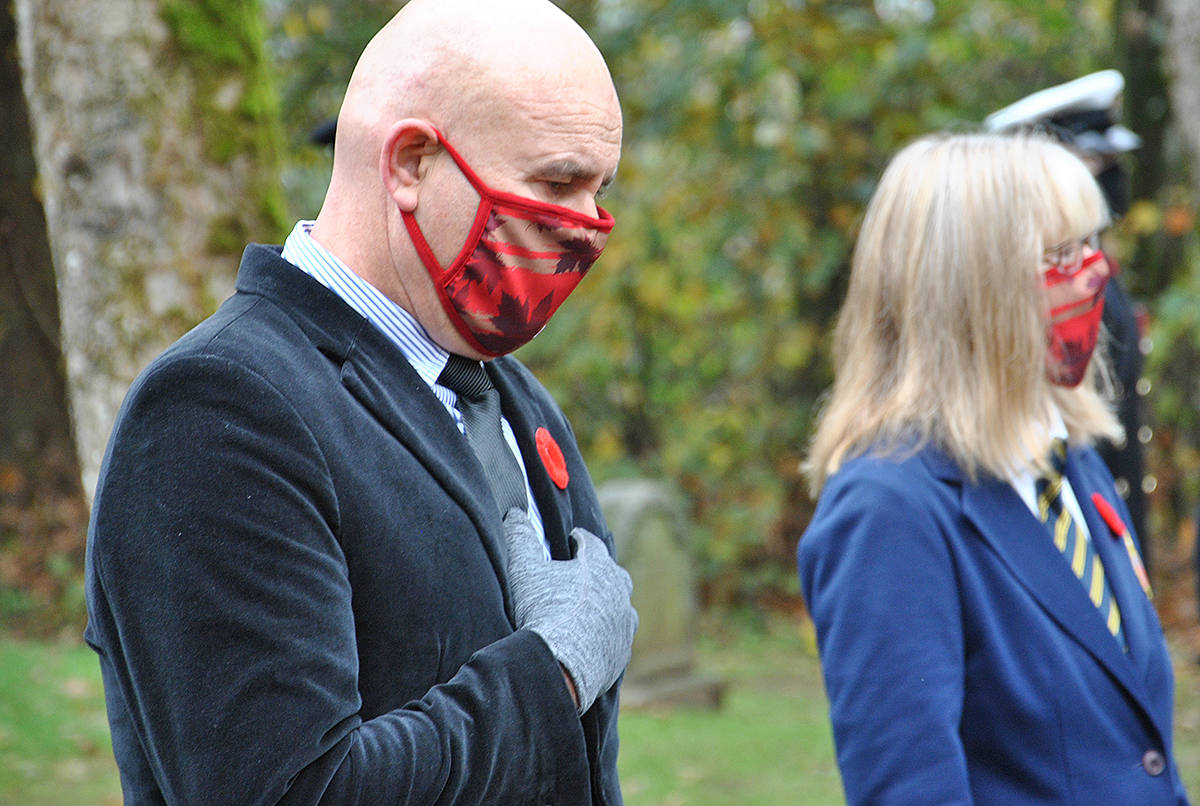 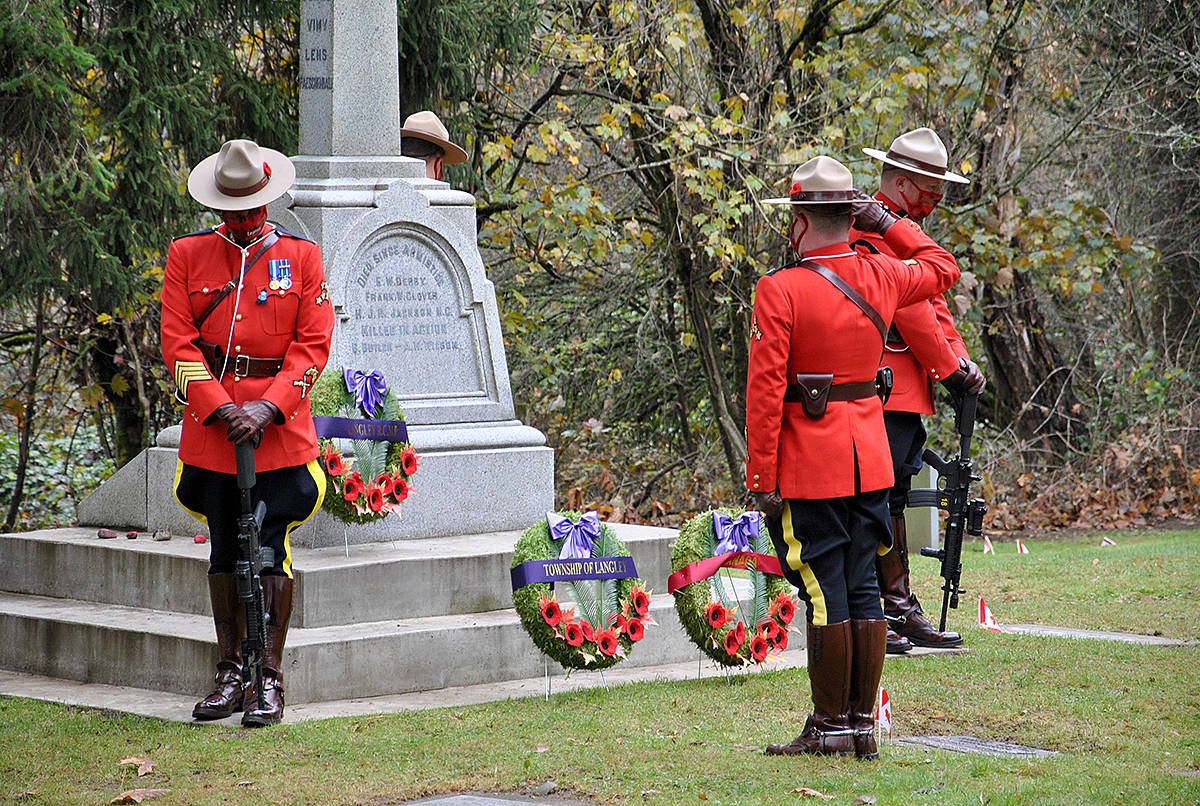 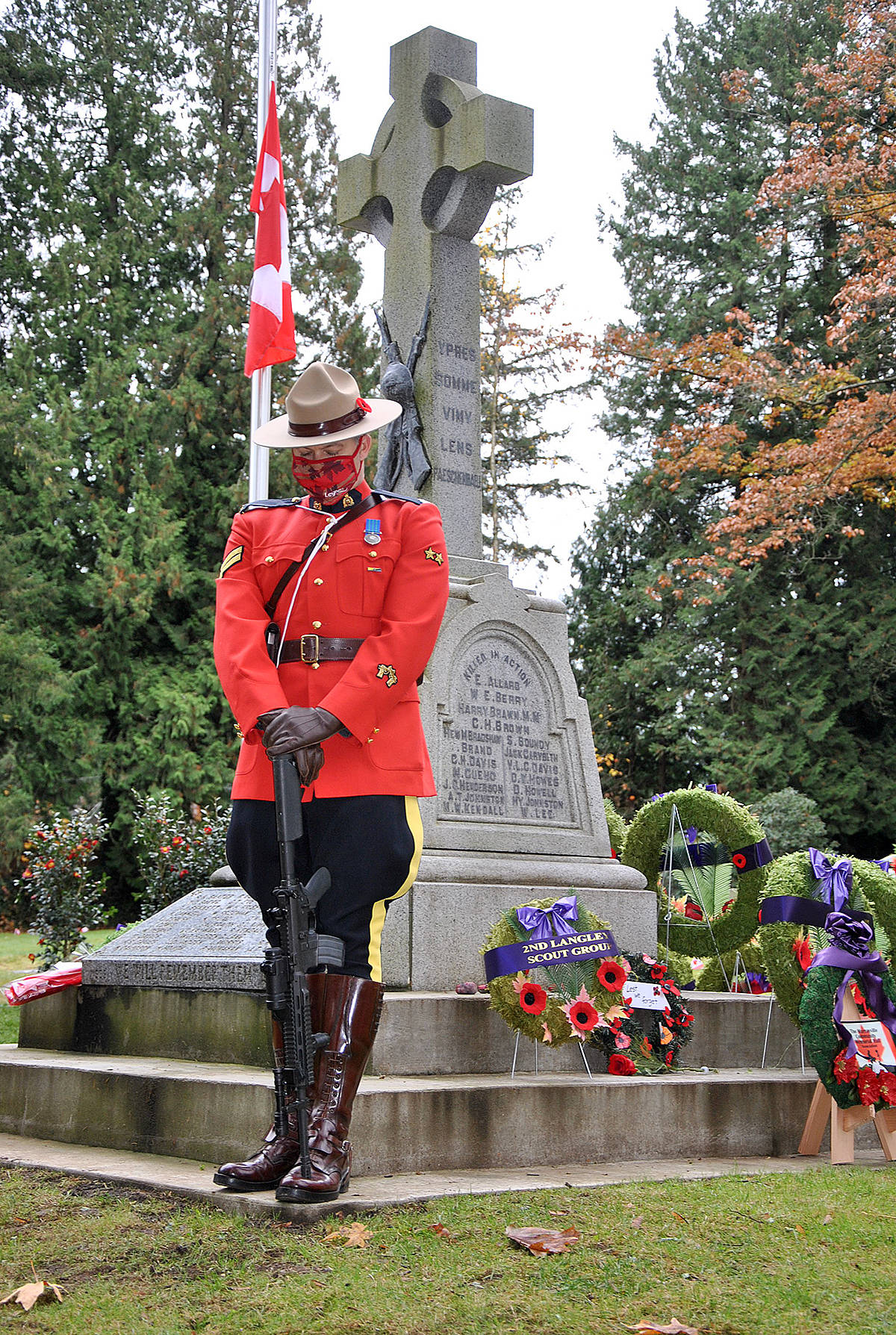 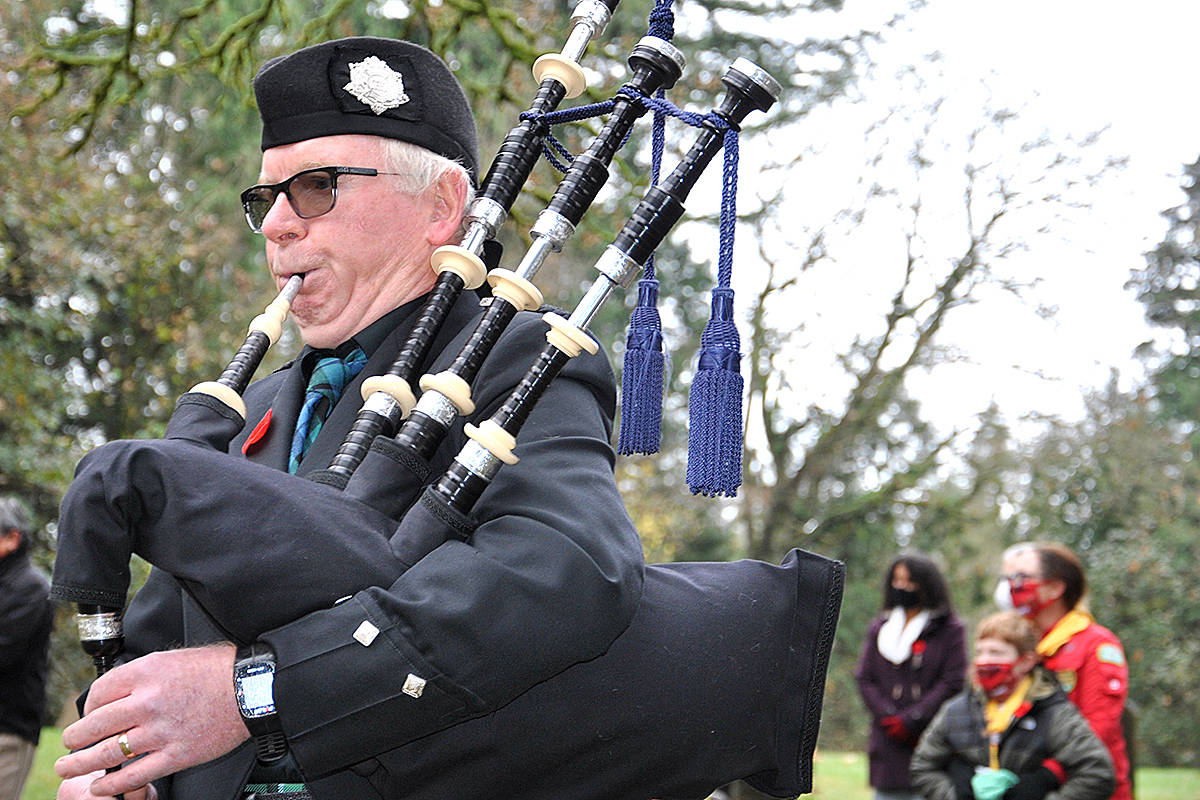 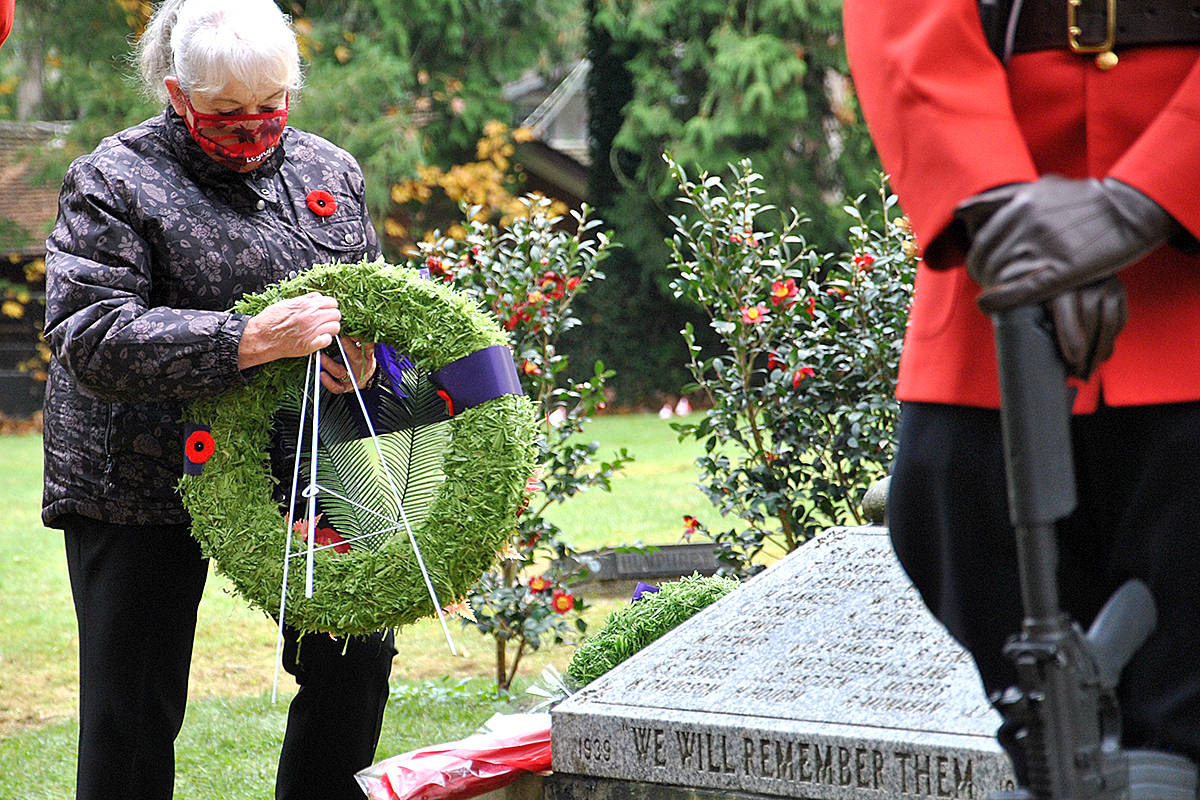 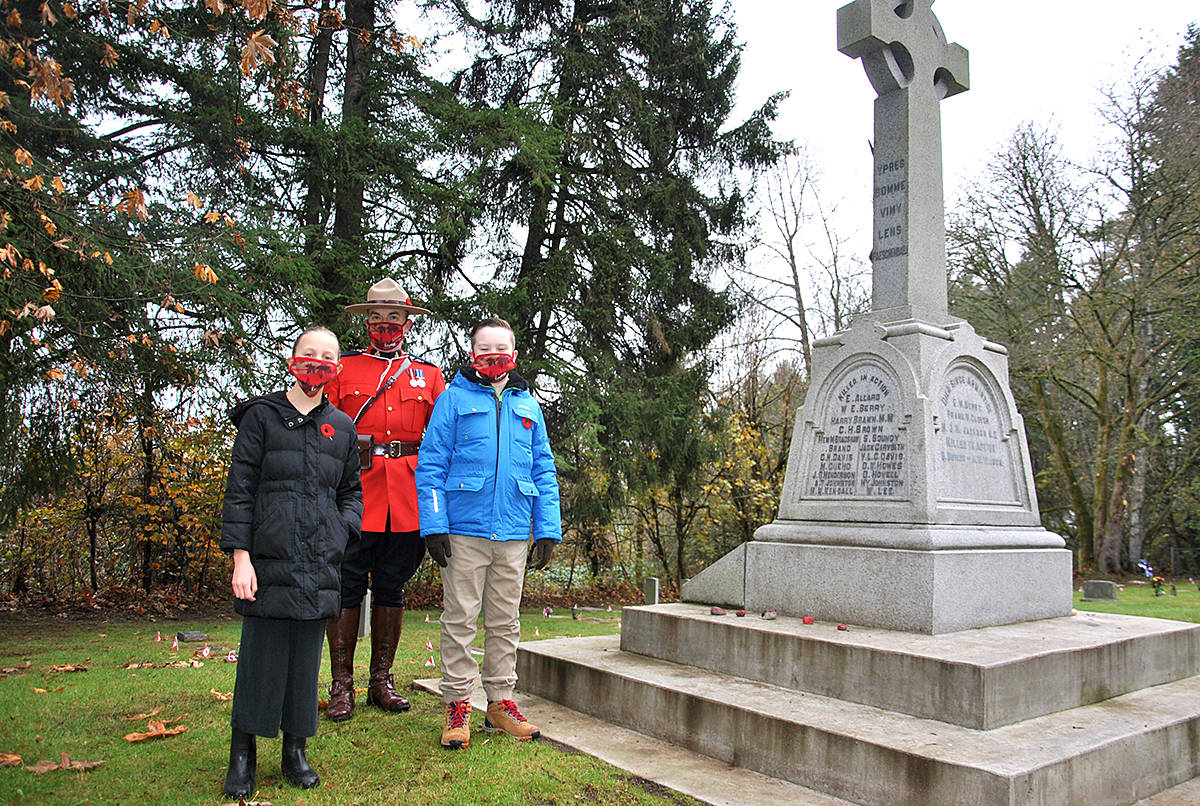 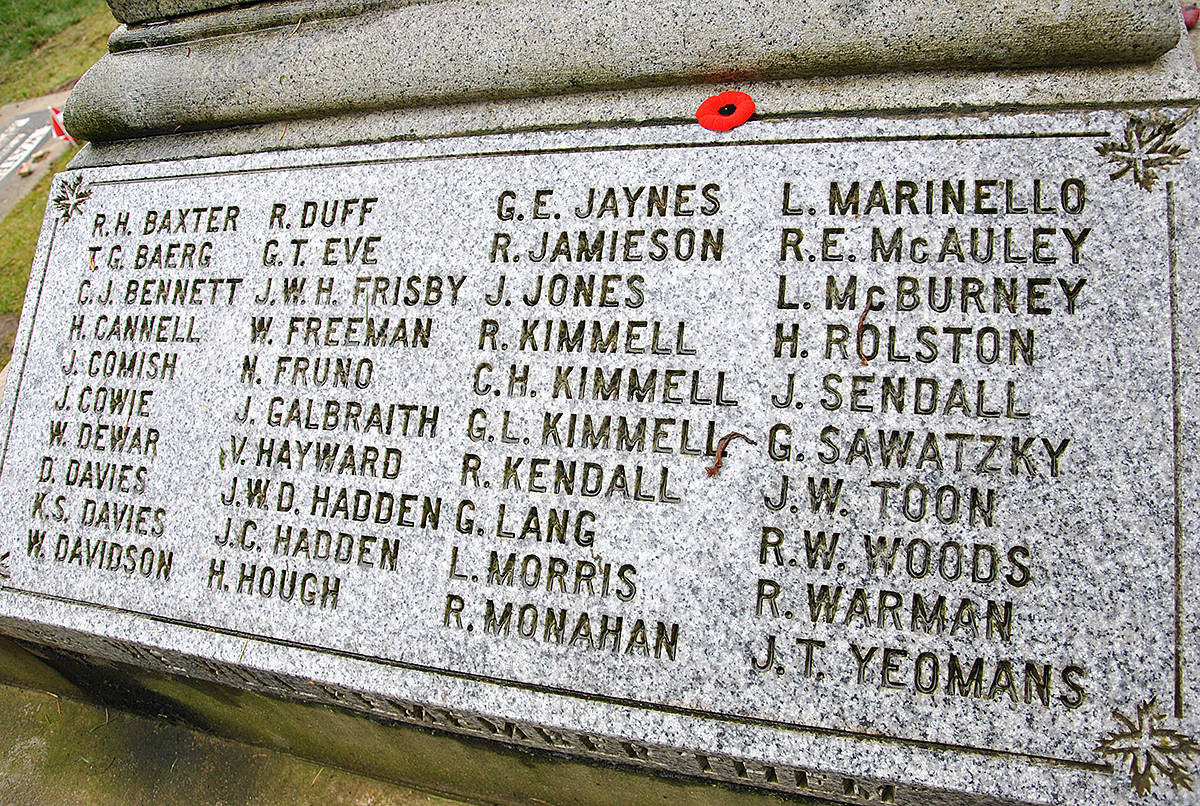 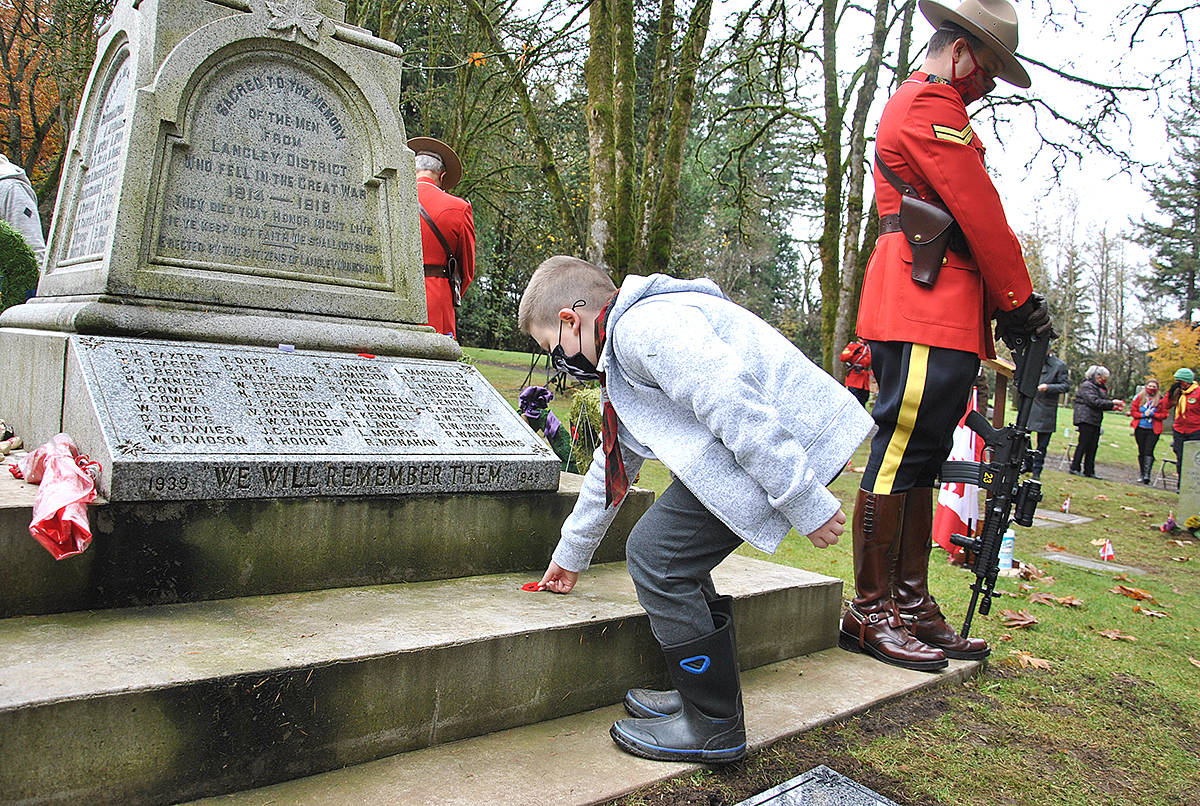 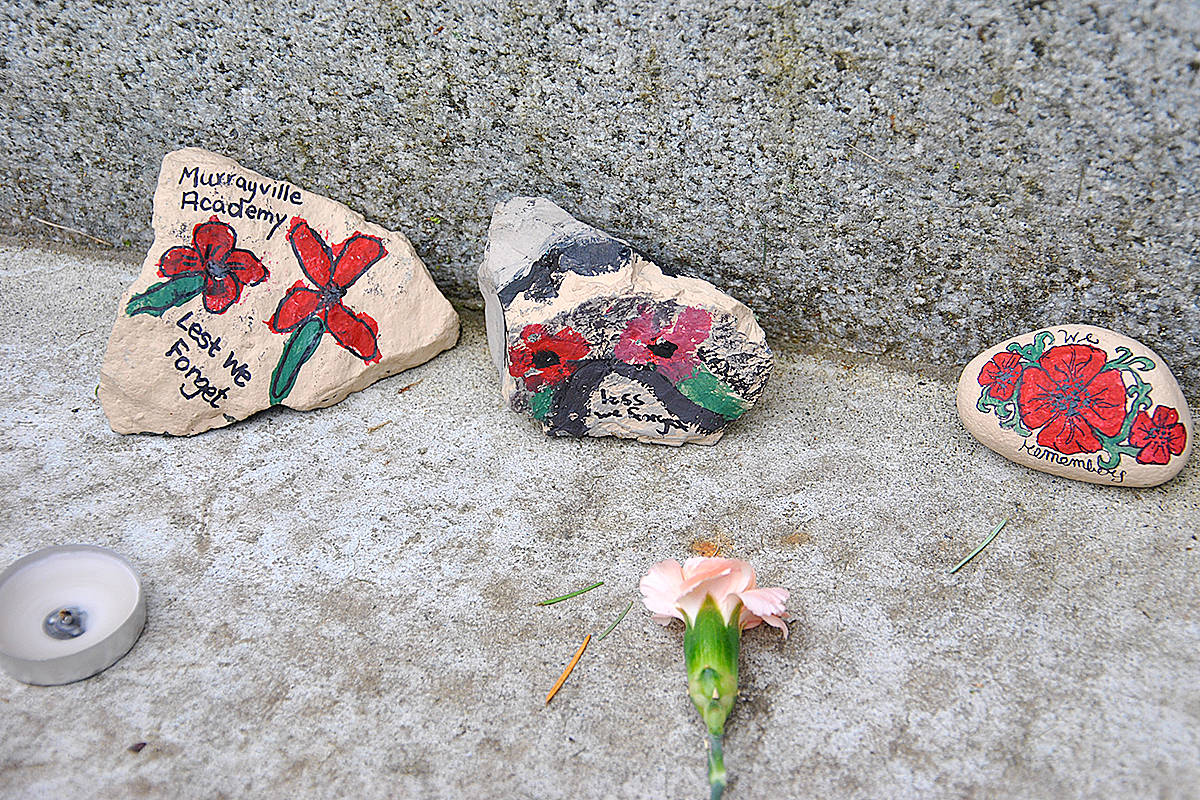 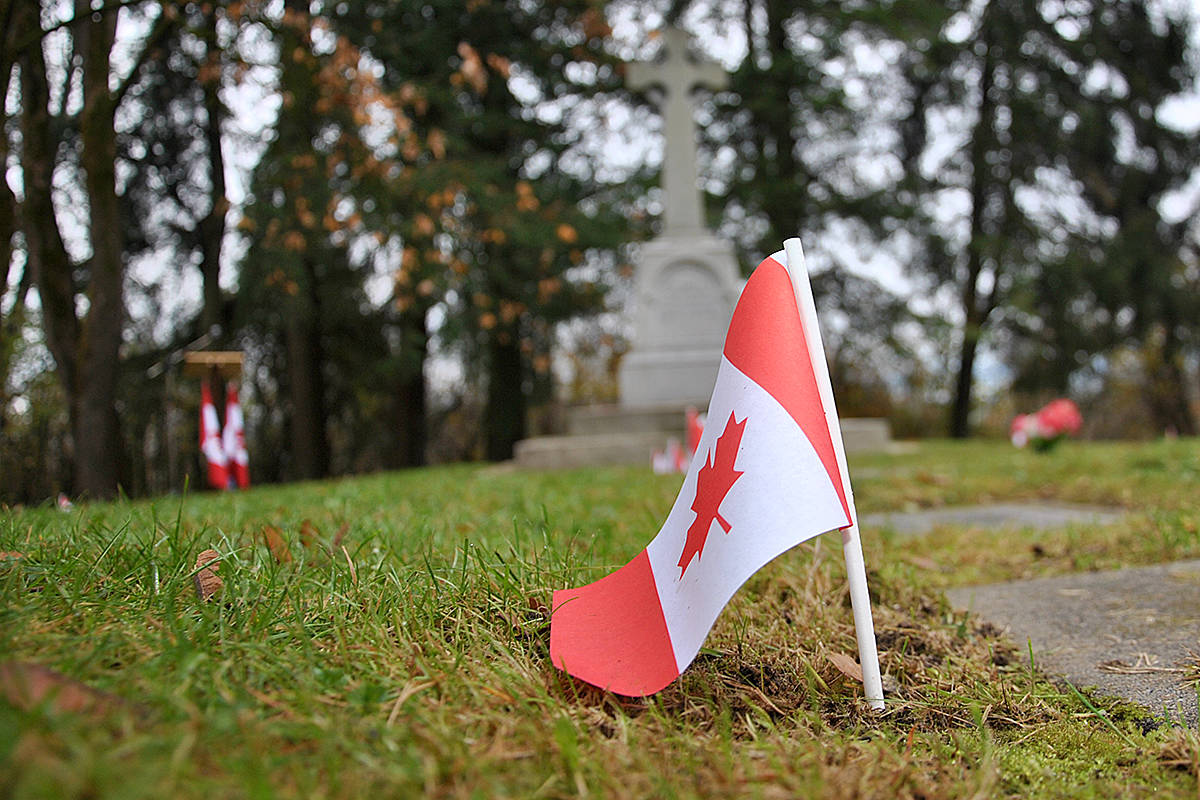 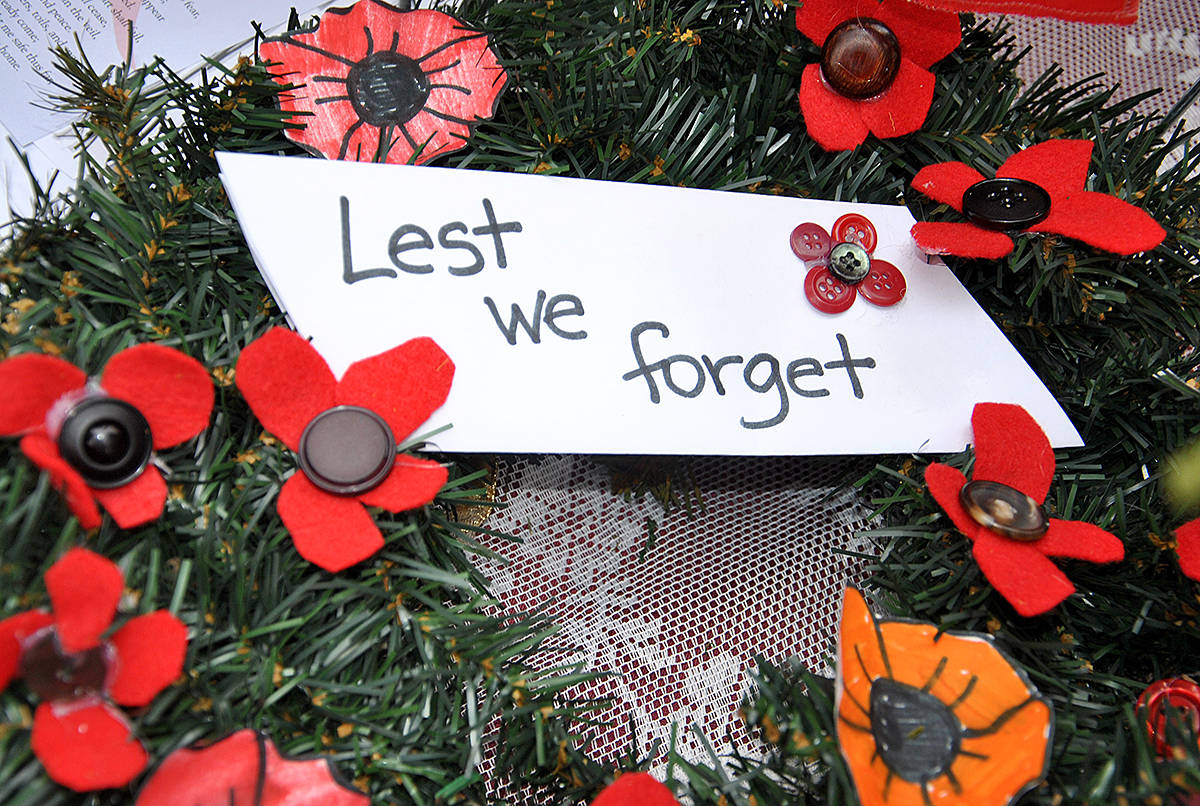 Money spend on weapons should be spend on health and education, peace advocates say

Our View: Heroes all around us in Langley