Langley’s two Liberal MLAs have held onto their seats for another four years.

Rich Coleman will represent the new provincial riding of Langley East, while Mary Polak will continue to represent the Langley riding in an election where the Liberals eked out a narrow province-wide victory that could see them become a minority government.

A few minutes after the polls closed, a supporter walked into Coleman’s campaign office in Walnut Grove and congratulated him on his victory.

Coleman told the man it was a little early to celebrate, but “I like your optimism.”

When his win was confirmed, a victory cake was produced.

Coleman and his two grandchildren blew out the candles.

He thanked campaign volunteers, supporters and family for their support, and predicted it would be a long night before a final decision was reached in the province-wide vote.

Coleman said it was the “probably the tightest election” he has witnessed in 20 years, a “nail-biter.”

“I always thought it was going to be tight, so I’m not surprised,” he said.

Coleman first took office in 1996 as a member of the official opposition to the NDP government.

Over the past 21 years, he has served in numerous roles, first as opposition housing critic and forests deputy critic.

Since 2001, he has been the Minister Responsible for Housing, Minister of Public Safety and Solicitor General and Minister of Housing and Social Development as well as deputy premier.

Polak was first elected to represent Langley in 2005. She has since served as Minister of Environment, Minister of Transportation and Infrastructure, and Minister of Children and Family Development, among other responsibilities.

“I’m obviously really thankful that we have been successful here in Langley, but I want to hope that we will be successful across the province,” Polak said.

“I really think that, here we are in this election with a choice for our future. And it’s a choice about whether or not we’re going to build a future for our kids and our grandkids, or whether we’re going to tax them and take the money away from them that we would have wanted to keep in their pockets.”

Polak, and dozens of supporters who gathered with her at S+L Kitchen and Bar, were on the edge of their seats as they awaited the final vote tally. The numbers were very close between Polak and NDP candidate Gail Chaddock-Costello for a good portion of the night.

“Elections in British Columbia are always really close. And that’s a good thing — it means that we have people in British Columbia who are really passionate about how they vote … So I am pleased to see that people turned out in the numbers that they did.”

“We’re running everything on a nickel and dime, here, but I’ve had great volunteers,” she said.

“I’ve had people coming from other places, teachers coming to support me. My husband’s worked doing the sign crew, my daughter’s come out and done all my photography and I’ve had people in the neighbourhood coming with me and door knocking.

“We’ve done everything you can do, I think.”

Chaddock-Costello held out hope the NDP would win province-wide.

“This is a tough riding, it’s never been anything but Liberal so I understood that clearly when I went into this. You always hope to make a change. I hope provincially it happens, this time.”

Former Langley City mayor Peter Fassbender, who left municipal politics after winning a narrow victory in Surrey-Fleetwood during the last election, lost to Jagrup Brar of the NDP. 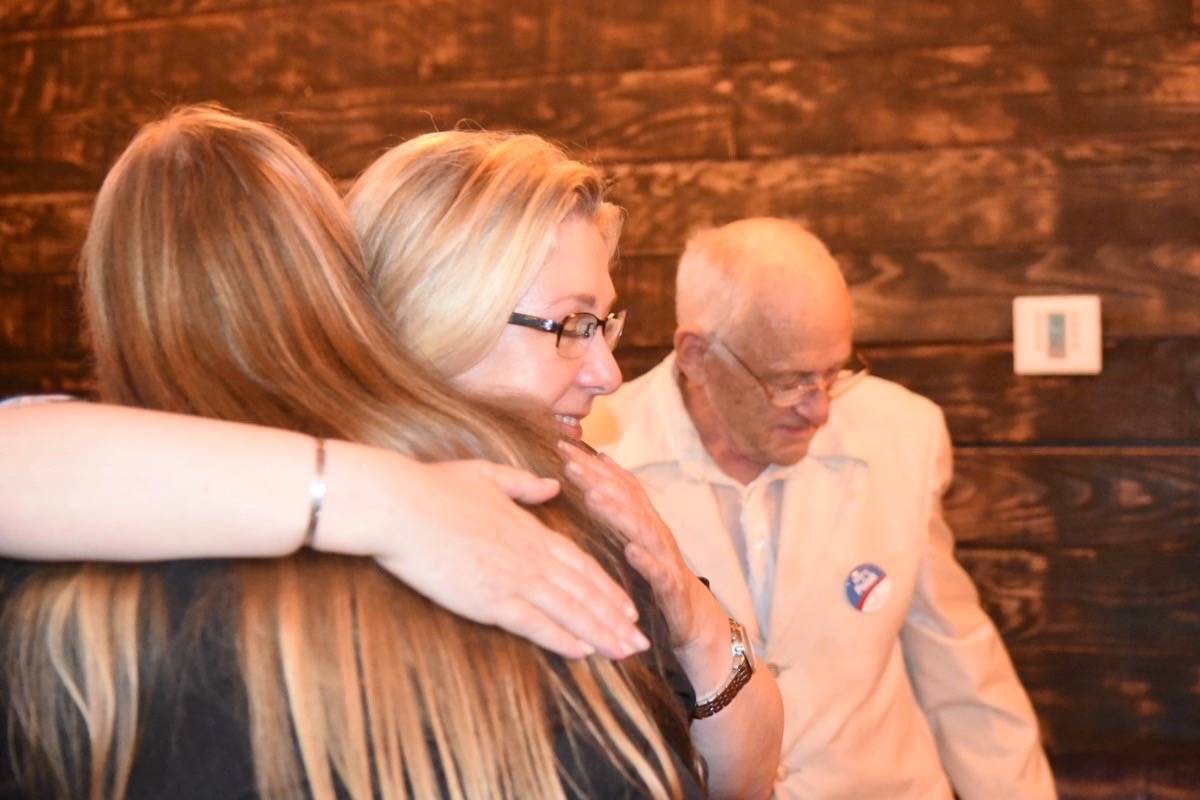 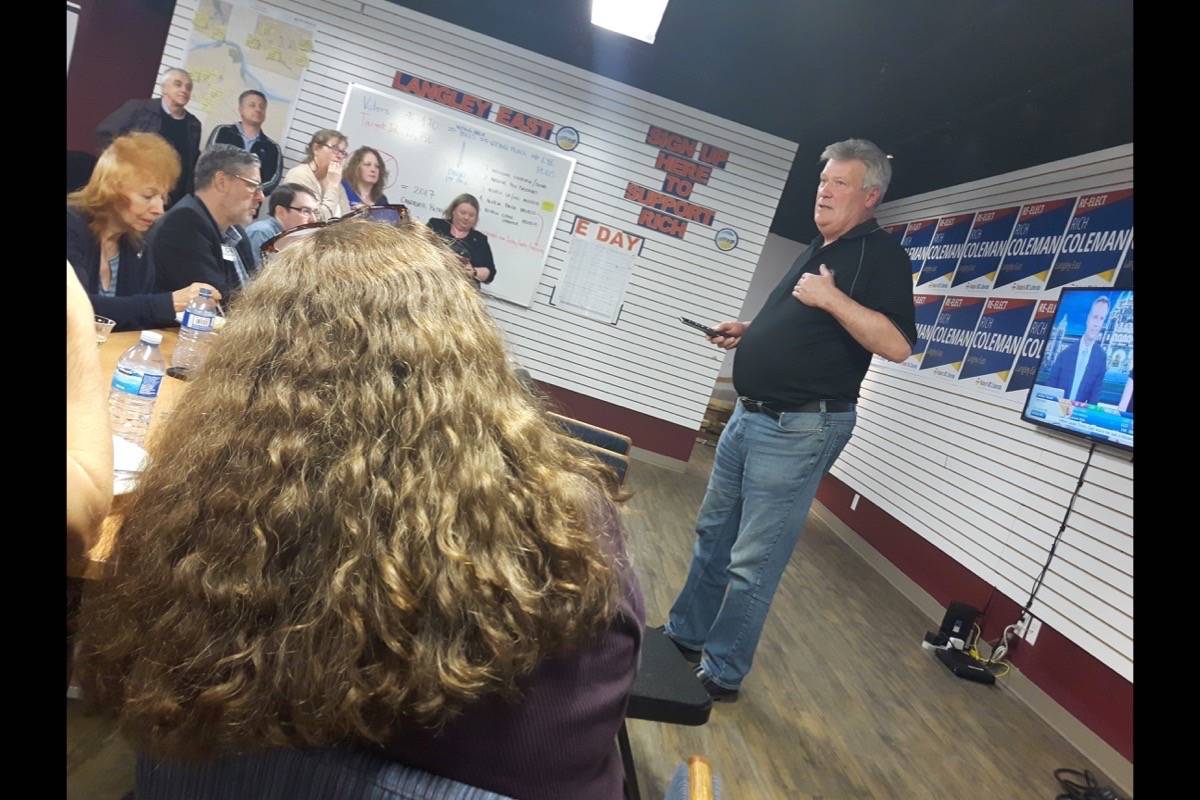 Rich Coleman thanks his supporters after being declared the winner in the riding of Langley East, but predicts it will be a long night. Dan Ferguson Langley Times

VIDEO: Expert insight on political maneuverings after a wild election

The end of hugs: How COVID-19 has changed daily life a year after Canada’s first case