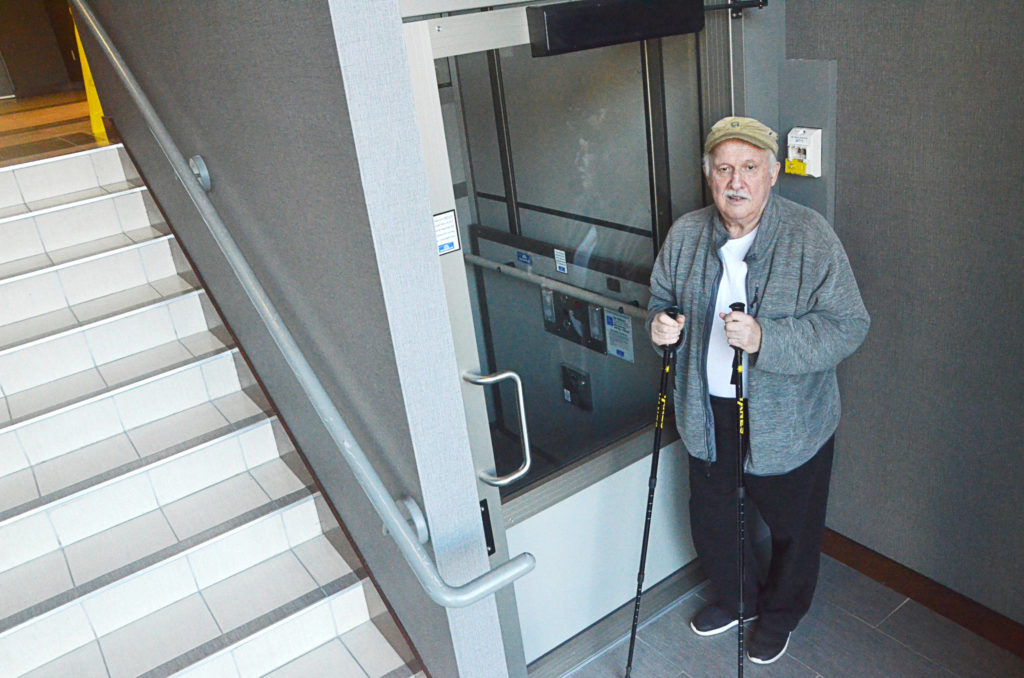 A Fraser Valley architect is upset that a Langley office building’s handicapped access elevator has been shut down for months.

Andrew Baziuk is an architect based in Harrison Hot Springs, but his lawyer recently relocated to Langley’s Willoughby Town Centre, to the mixed office and commercial building on 208th Street.

In August, when Baziuk first went to visit the new location, he found a barrier.

The office building’s lobby is two-tier. After the entry doors, there is a flight of nine steps up to the main elevators.

To the side of the stairs, there is a small lift intended for people using wheelchairs, scooters, or walkers.

But the lift wasn’t working. There was no sign indicated it was out of order or what to do for wheelchair, walker, and scooter users.

It wasn’t working on subsequent visits, either.

“Five times that I have been in there, this lift does not work,” he said.

With swollen, painful joints due to Lyme disease, he had to struggle up the steps with help on his two canes just to get into the building. On one visit, his lawyer had to come down and sit with him on a bench outside.

The lift appears to require a key to use.

“If I’m a customer, I don’t carry around a key to that building lift,” said Baziuk.

He said such keys, which work in all such lifts, are handed out by SPARC, the non-profit that distributes handicapped parking passes in B.C.

“I have never heard of that,” said Zosia Ettenberg, the executive director of the Langley Pos-Abilities Society, which assists people with disabilities.

“I use lifts, and I’ve never had to have a key for a lift,” said Ettenberg, who uses a wheelchair and service dog herself.

Told there appears to be no such program, Li said he would order some keys, which would be available to people who need to use the elevator.

Baziuk has tried to complain to the Township of Langley, but said they did not help.

“I feel it is the responsibility of the Township is to do the right thing and that would be (in my opinion) getting in touch with the owner and/or architect and get a properly working lift working on site, period,” he said. 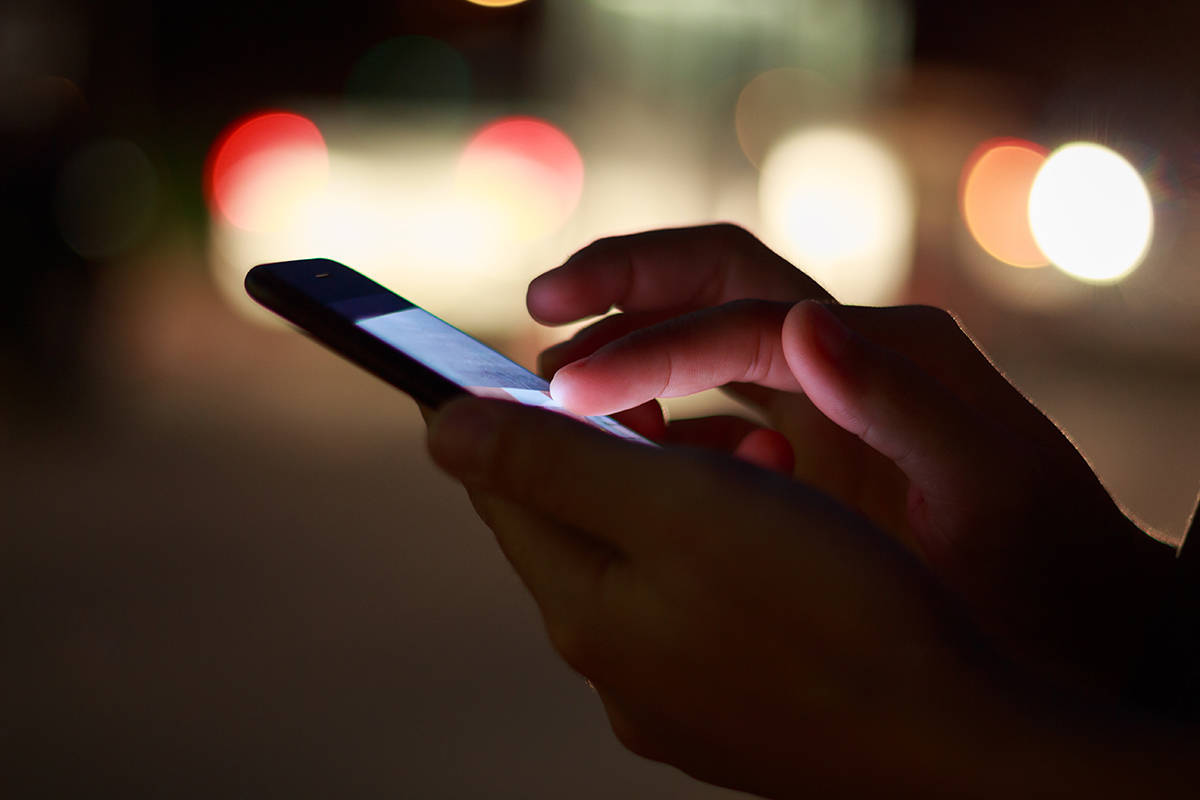 Social media a blessing and a curse during time of crisis: B.C. communication expert 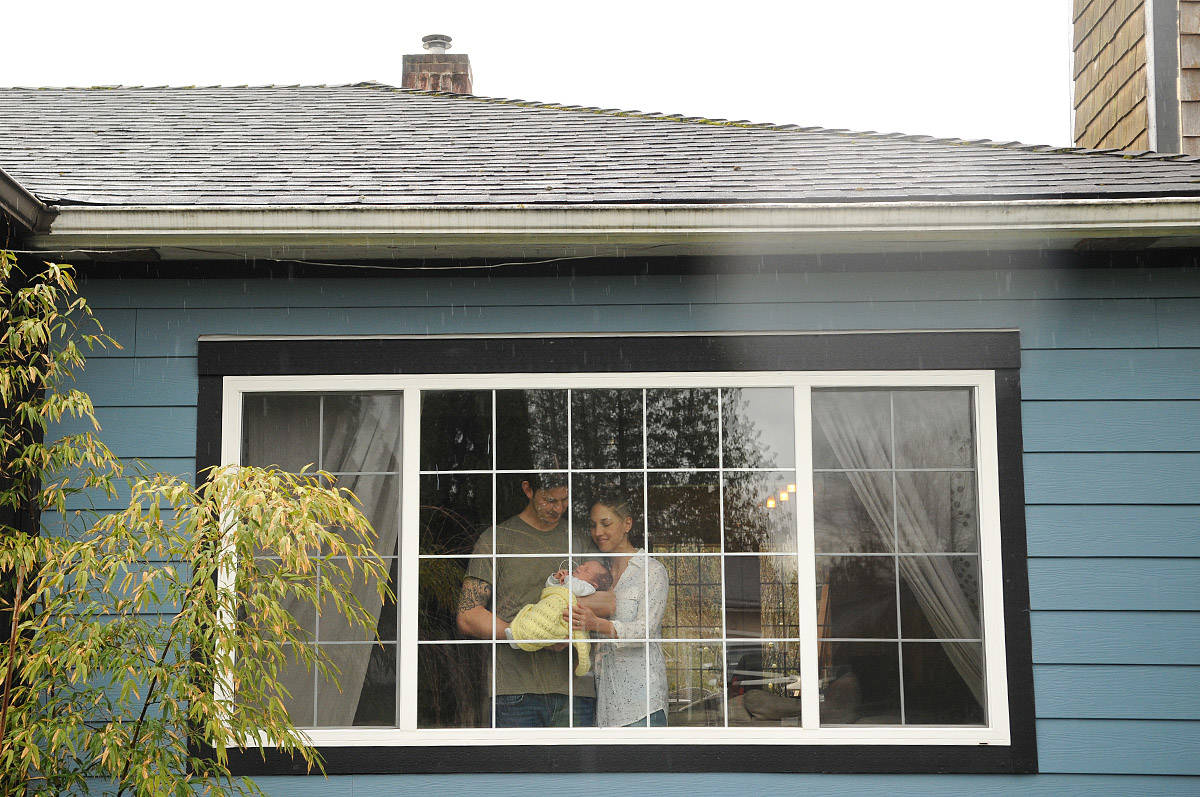 ‘There is community’: B.C. councillor welcomes new baby into world amid COVID-19 pandemic

‘I realize there’s much more than fear and worry… there is hope, there is new life’: Jason Lum