“I wouldn’t wish that on anybody at all,” said Councillor Steve Ferguson, whose home on 24th Avenue caught fire at about 3:30 p.m. on Nov. 18, after a family next door reported seeing flames.

The fire began in an outbuilding, and from there jumped into the cedar shakes on the roof, Ferguson said.

His wife Denise Ferguson said that her son was home asleep, but fortunately someone kicked in the front door and warned him about the fire.

“We were very fortunate,” she said.

The worse loss of the fire was the family’s cat, Puddy, which didn’t escape.

“If we would’ve had her, it wouldn’t have hurt as much,” Denise said.

Steve Ferguson said that with the roof burning, firefighters soaked the building. That mean a tremendous amount of water damage.

The family has recovered a few things, but anything that they didn’t get out in the first few days has essentially been destroyed by smoke, water, and exposure to the elements.

He said firefighters showed up quickly.

“They did the best they could to protect the house,” he said.

The family is now renting a home long-term in the Township.

“It’s been hard on the whole family,” he noted.

The fire and work on relocating has made it a little hard to focus on council matters at times, he said.

“It slows me down a bit with the council,” said Steve. “You’re in a bit of a fog, because there’s so many things happening.”

Once the roof has been fully removed, the family will consider reconstruction plans, he said.

The Township council recently voted to increase the number of firefighters being hired in Langley, with 44 more expected to arrive over the next four years. 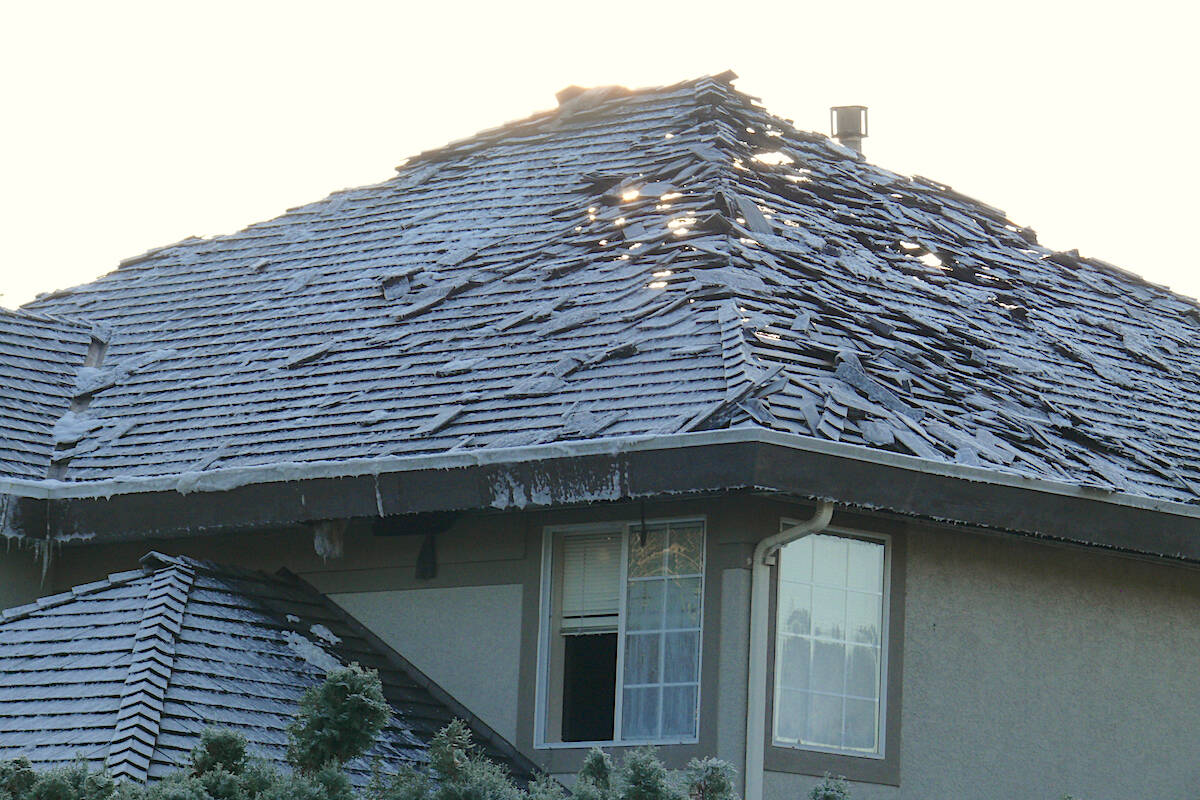