COVID-19 cases in Langley continued to drop over the last week, according to data from the BC Centres for Disease Control (BCCDC), with some neighbourhoods declining faster than others.

In data released on Wednesday, June 15, covering June 6 to 12, the BCCDC showed Langley had just 32 cases across the community.

During the week of May 2 to 8, Langley had 161 cases of COVID, and neighbours Surrey and Abbotsford were among the provincial hot spots, with Abbotsford seeing 408 cases, North Surrey 1,409 and South Surrey/White Rock 61 cases.

Langley’s neighbours have seen an even steeper drop in cases. North Surrey had just 172 cases in the week of June 6 to 12, South Surrey/White Rock had four, and Abbotsford, still seeing cases at a higher rate than most of its neighbours, had 73.

Neighbourhood-by-neighbourhood data shows that all of Langley’s communities still have low transmission, although the highest zone of transmission has moved from Aldergrove/Otter last week to South Langley.

The BCCDC measures the daily case rate per 100,000 people. Since Langley’s neighbourhoods all have fewer than 100,000 people, the actual numbers are lower than the case rate.

As of June 8 to 14, South Langley had a case rate of seven, the highest in the community, and similar to Rural Abbotsford’s rates seen in most of Abbotsford, which ranged from four to seven, depending on the neighbourhood.

The case rates in Aldergrove/Otter, North Langley, and Brookswood/Murrayville were four per 100,000 people per day, while Willoughby was at two and Walnut Grove/Fort Langley had a case rate of one. 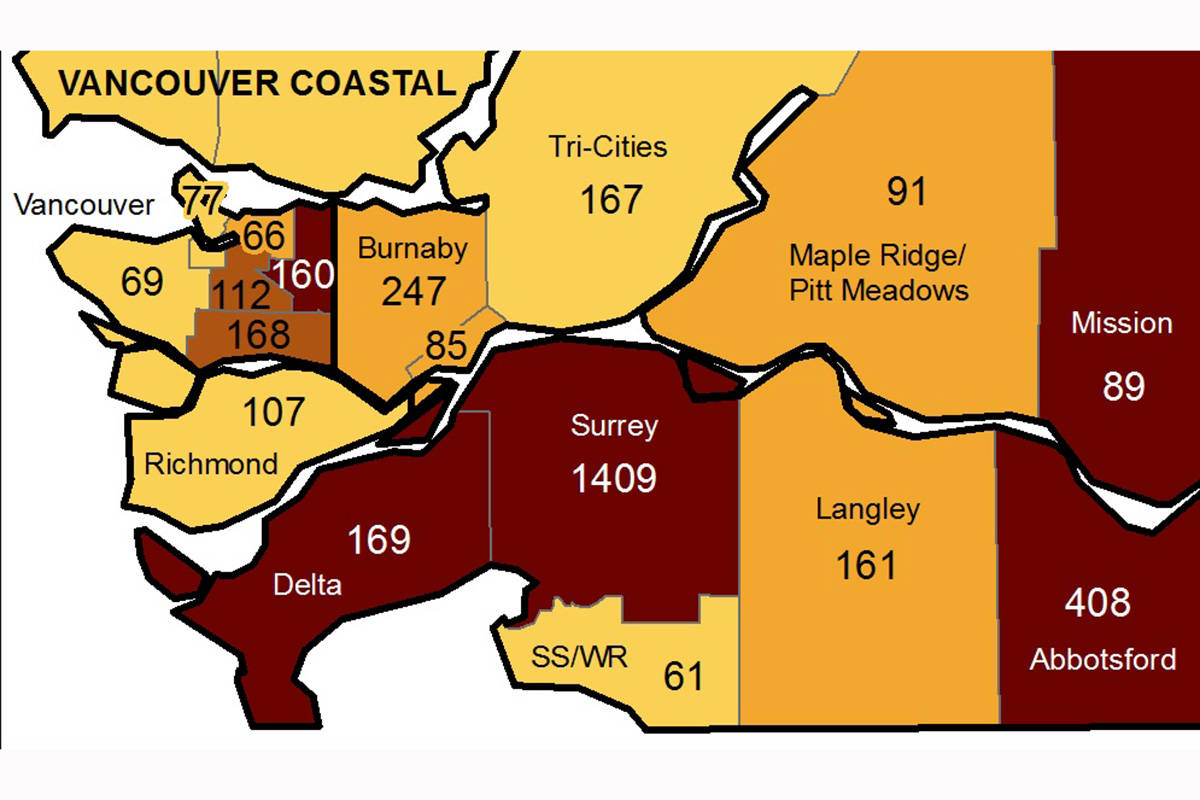 This was the first week that several neighbourhoods hit a case rate of zero, with Langley City joining Ladner, Hope, and a few neighbourhoods in Vancouver and North Vancouver in hitting that mark in the Lower Mainland. Across B.C., regions on Vancouver Island, in the Interior, and on the North Coast and in northern B.C. also had zero case rates.

In total, Langley had had 4,898 COVID-19 cases since the start of the pandemic, as of last week.