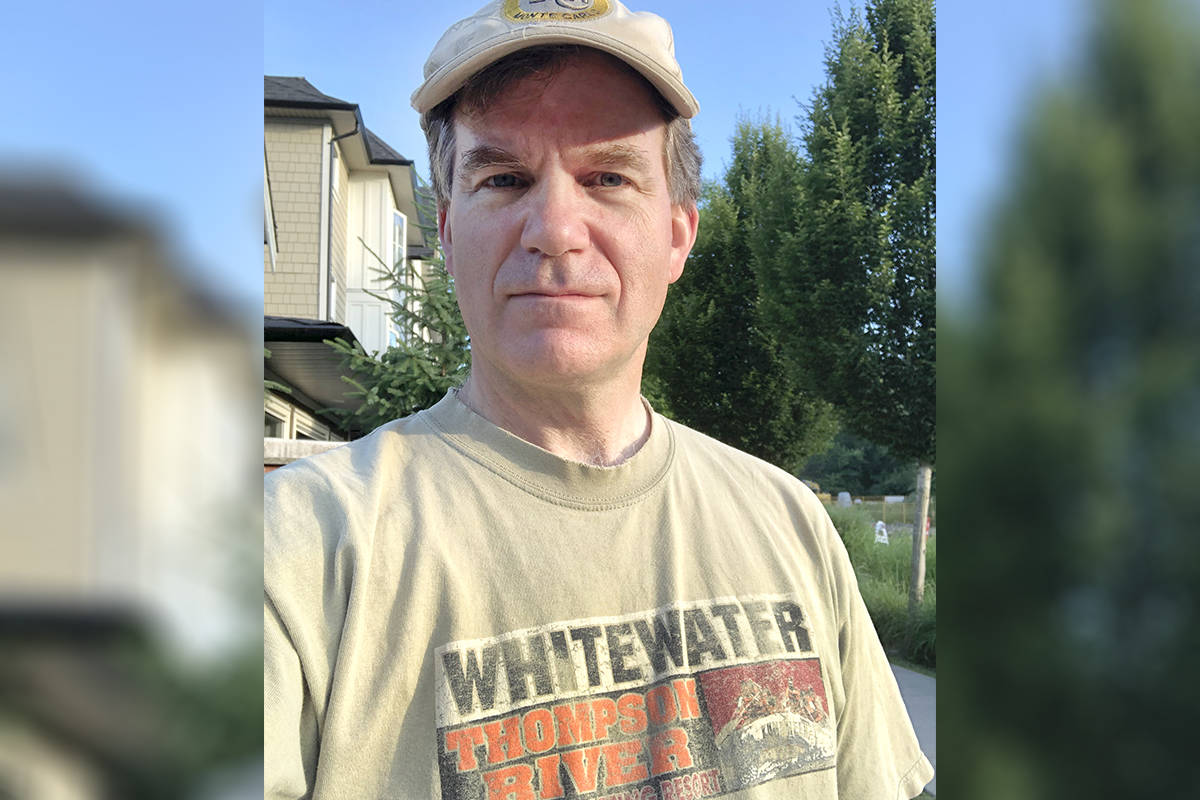 Eric Fandrich’s family was forced to flee a wildfire in Lytton on June 30, 2021, which engulfed 90 per cent of the town. The Walnut Grove resident is fundraising to help revival the family business, Kumsheen Rafting. (Special to Langley Advance Times) 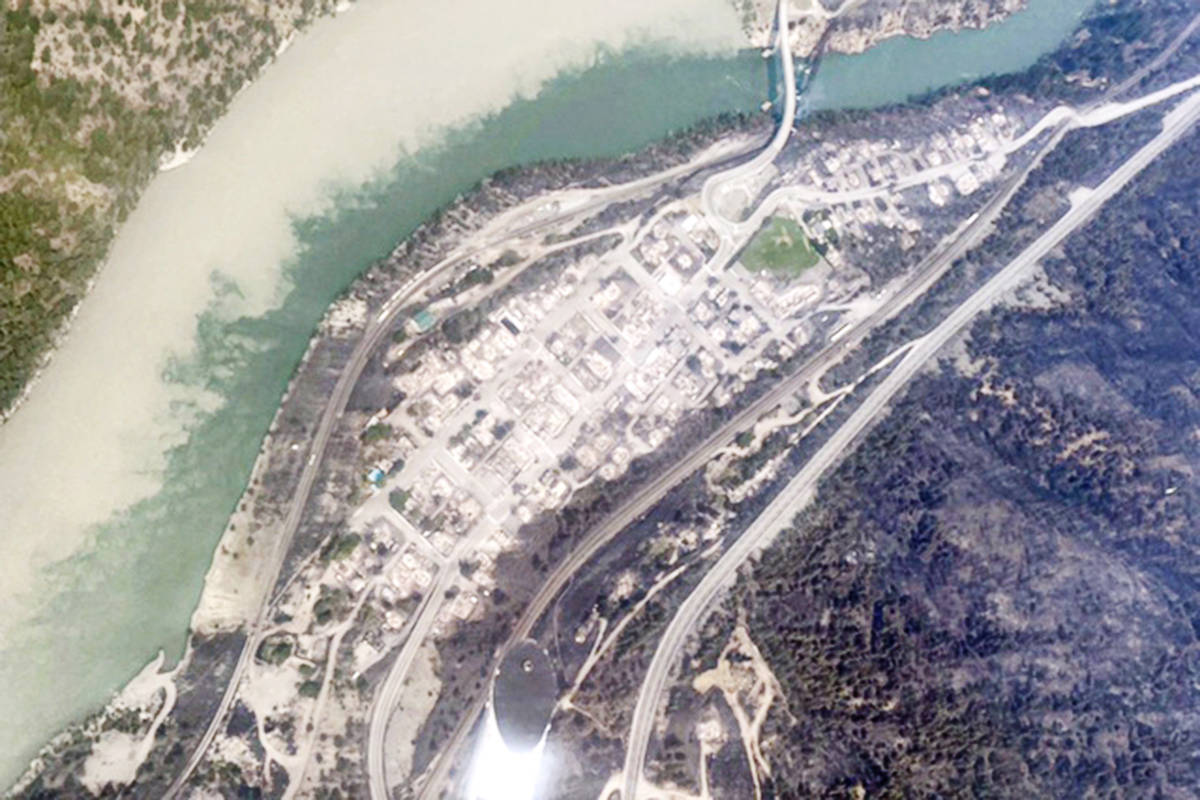 Aerial photo of Lytton after a wildfire ravaged through the village on June 30, 2021. Langley cousins Eric Fandrich and Larissa Thomson are fundraising to help their family whose businesses and homes were destroyed in the community. (Eric Fandrich/Special to Langley Advance Times) 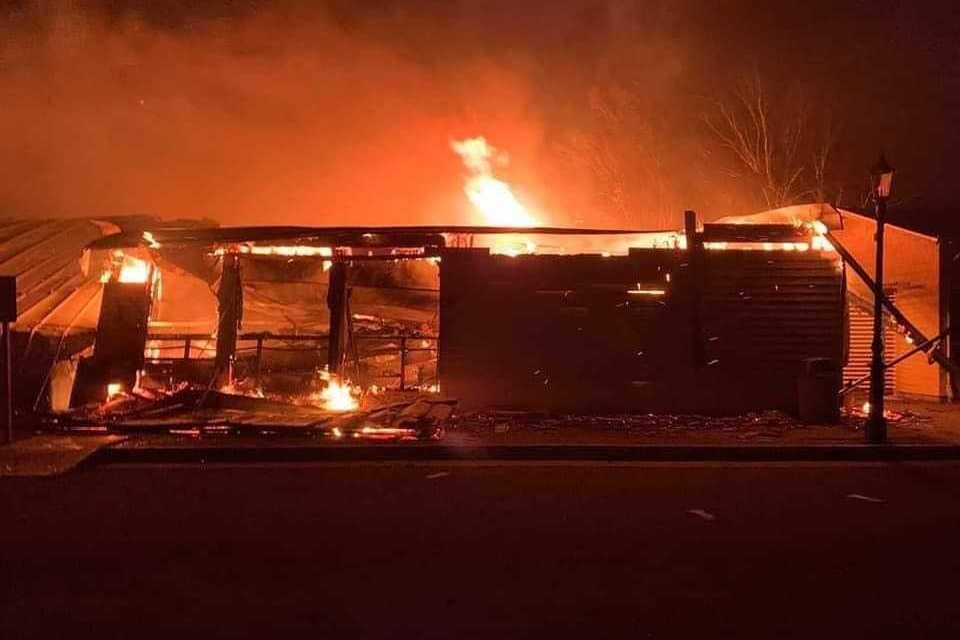 For one Langley family the devastation in Lytton is deeply personal.

Cousins Larissa Thomson and Eric Fandrich have several family members who were forced to flee the wildfires in southern British Columbia.

“My aunt and uncle who live west of Lytton, up on George Mountain, their house was spared, thankfully, so it’s my understanding that my cousins are staying with them,” Thomson said. “Then another cousin is dispersed to, I think, Vernon.”

“One of the big problems is information is hard to get in and out of Lytton, because there’s no internet there,” explained Fandrich.

But the cousins were just relieved to know their family is safe. Now they await news on the condition of Lytton, a community where the family’s ties remain deeply rooted.

READ MORE: ‘We are all still reeling’: Open letter from Lytton details devastation from deadly wildfire

“My uncle and aunt started Kumsheen Rafting there in the 70s, and my cousins, their two sons, are now running the business,” Thomson noted. “My other cousin, their daughter, had an arts cafe downtown, and I have another cousin who lived there and worked in the forest industry in the area.”

The local museum, which was operated by their aunt, Thomson said, burned to the ground with all the priceless artifacts.

While investigators work to determine a cause of the fire, Fandrich is thinking ahead to the revival of the community and said getting local businesses operational is key.

“They need to get up and running to drive the engine of recovery in that town,” he said.

While waiting to connect with her family Thomson is doing her part to help all those affected in the fire-ravaged village.

“I’m looking to help the community in whichever way I can; many of the residents left there on only minute’s notice,” Thomson said.

On Saturday, July 10, Thompson will be hosting a garage sale at her home (3781 204A St.) from 9 a.m. to 4 p.m. with all proceeds to be donated to two GoFundMe fundraisers, one organized her by cousin Eric Fandrich and another by her cousin’s friend Carly Thompson.

Fandrich’s campaign is in support of the recovery of Kumsheen Rafting, while Thompson is fundraising for the Klowa ArtCafe, its employees and local artisans.

As of Friday morning there were 219 active fires around the province, 15 “of note” and 53 considered “out of control,” BC Wildfire reported.

READ MORE: Do you know your B.C. wildfire terminology?