A 50-year-old man was seriously injured in a workplace accident in Murrayville Wednesday afternoon.

Machinery was involved in the incident and WorkSafeBC engineers responded along with WorkSafeBC Officers to inspect for any mechanical issues and carry out an investigation.

As of Wednesday night, the RCMP were in control of the site. 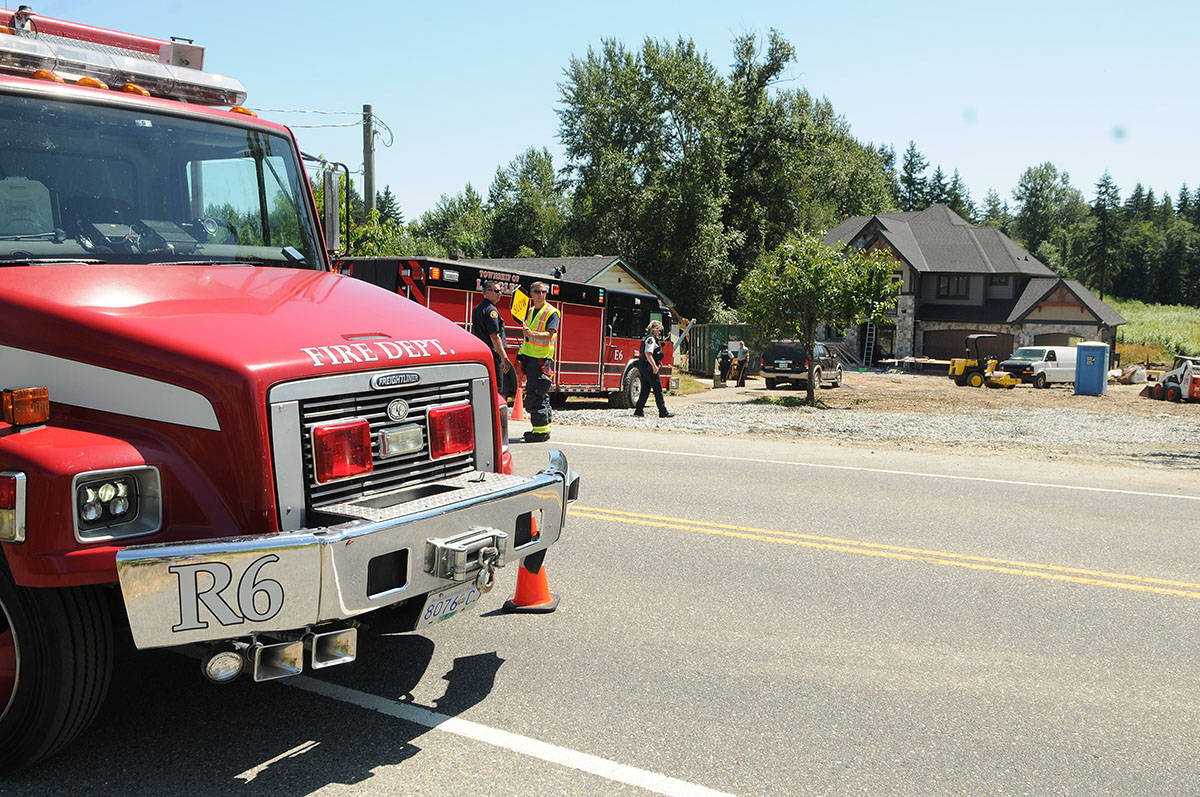 Emergency responders were on scene at the 23800 block of 40 Avenue after a man was badly injured in a workplace accident on Wednesday afternoon. Troy Landreville Langley Times

More military on the way to help