Philanthropist and volunteer Manjit Gill was startled to learn Tuesday night that she has been named the H.D. Stafford Good Citizen of the Year.

Gill said she was overwhelmed, thankful, and grateful after her name was announced at the annual Christmas dinner meeting of the Greater Langley Chamber of Commerce on Dec. 14.

“My dad taught me that good deeds are like good seeds,” Gill said as she accepted the award from chamber president Ken Dennis and chamber CEO Colleen Clark. “When you do a good deed, sow it like a seed and watch it grow.”

She expressed thanks to whoever nominated her. She had actually been nominated more than once this year, Clark told the Langley Advance Times.

“This is such an honour, to be celebrated by my own community,” Gill said.

By pure chance, the award came on the 50th anniversary of Gill’s arrival in Canada.

Much of the work that resulted in Gill’s award came about because of a relationship with the Langley Memorial Hospital that began shortly after her arrival in B.C.

Gill first visited the Langley Memorial Hospital because of a stomach but that temporarily put her into an isolation ward, back in 1971.

A new bride, she had just flown back to Canada via Hong Kong after getting married to her husband Darcy in India.

By the time the plane landed, she was feeling very ill.

After two weeks in an isolation room, she recovered from what turned out, fortunately, to be nothing worse than a bad case of stomach flu.

Over the years, she would create happier memories of the hospital.

“Langley hospital had done a lot for my family,” Gill told the Langley Advance Times in 2019, after her family’s $1 million donation towards the new emergency room. “My three grandkids and my son and a daughter were all born here.”

Thanks to her strong connection to the hospital, Gill has long been a board member of the Langley Memorial Hospital Foundation.

She was a major leader in the campaign to fund a major expansion of the Langley Memorial emergency room, and she and her husband Darcy led by example, pledging $1 million.

They have also donated money for other hospital facilities, and matched donations to the Giving Hearts Gala.

In addition, she has volunteered with the Canadian Cancer Society, the Burnaby Multicultural Board, and won the Paul Harris Award for her work with Rotary Club.

READ MORE: From an isolation ward at Langley Memorial Hospital to a benefactor

The award is named for the late Harold Stafford, who was an active volunteer, businessman, and politician in Langley for many years, and epitomized good citizenship and getting involved with important causes. 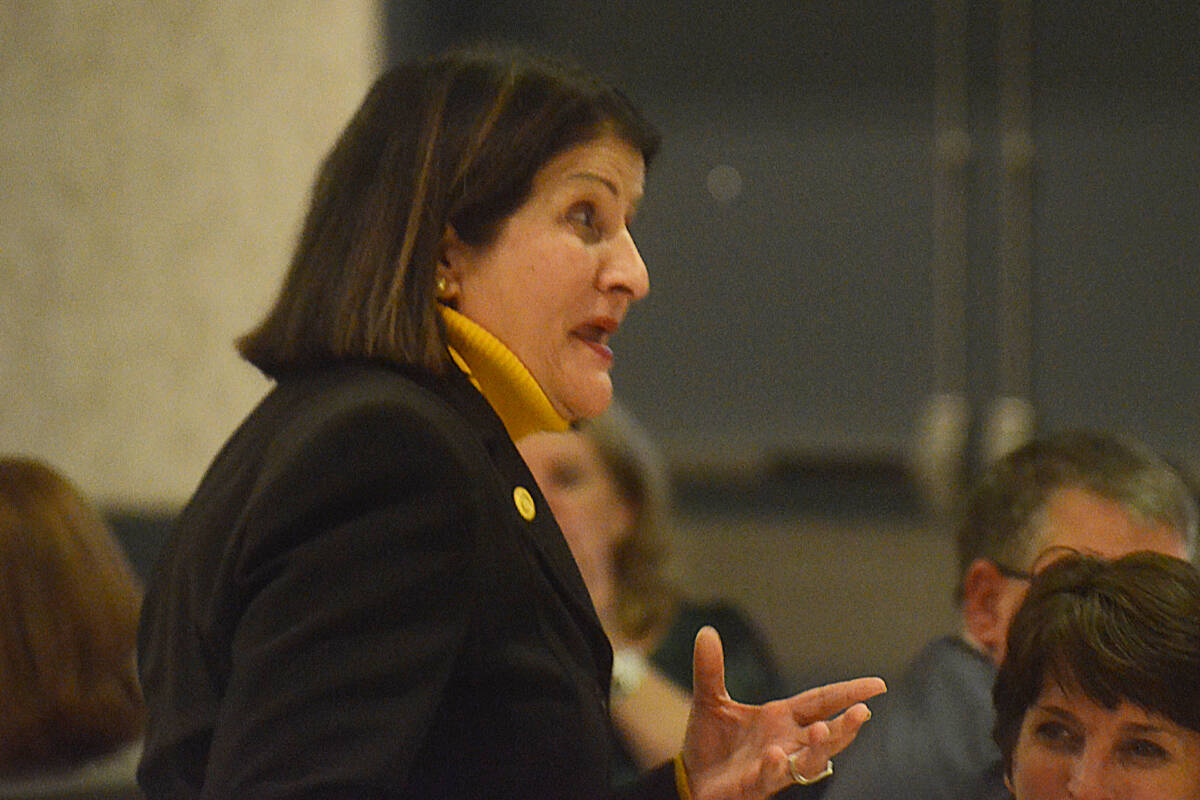 Manjit Gill was shocked to be told she was the honouree of the H.D. Stafford Good Citizen of the Year Award for 2021 by the Greater Langley Chamber of Commerce. (Matthew Claxton/Langley Advance Times)