She was the type of woman who would help anyone and was always the first to offer food or drink or a comforting word.

And she held the family together, says a gofundme page in honour of Laura Jeglum-Woycheshen.

The 48-year-old woman died late Thursday night when her motorcycle was in a head-on collision on Lougheed Highway at 280th Street.

The Maple Ridge mother had been out with friends for dinner and a motorcycle ride when the collision happened at 9:45 p.m. Two other motorcyclists on a following bike were also injured.

Mike Seabrook is putting together the gofundme page to help the family raise money for a memorial service for Jeglum-Woycheshen.

“We know there will be a large turn out from all the lives she touched and we want to offer closure to so many people that are struggling coming to terms with this senseless loss of life …” says the gofundme page.

Maple Ridge resident Jessie Stretch had known her a long time. “She’s a great soul. She’s going to be missed.”

Stretch said her son Rob Jeglum has been inundated with phone calls and is just trying to deal with the loss. His mom was riding her Harley-Davidson and was on her way home at the time, Jeglum explained earlier.

He bought a bouquet of lilies and placed at roadside at the collision scene. His mom used to grow huge lilies, Jeglum said on Facebook.

Seabrook said that Jeglum brought in tons of feed this summer to help farm animals stranded by the forest fires in the Interior. He also helped a local a child with mobility issues and who was stranded by the large snowfall last winter, get to school.

Farahbakhchian added that the vehicle involved left the scene and was later located but the driver has not been located.

He said it’s a dangerous road with poor lighting where many fatal accidents have occurred.

No date has been set for the memorial service. 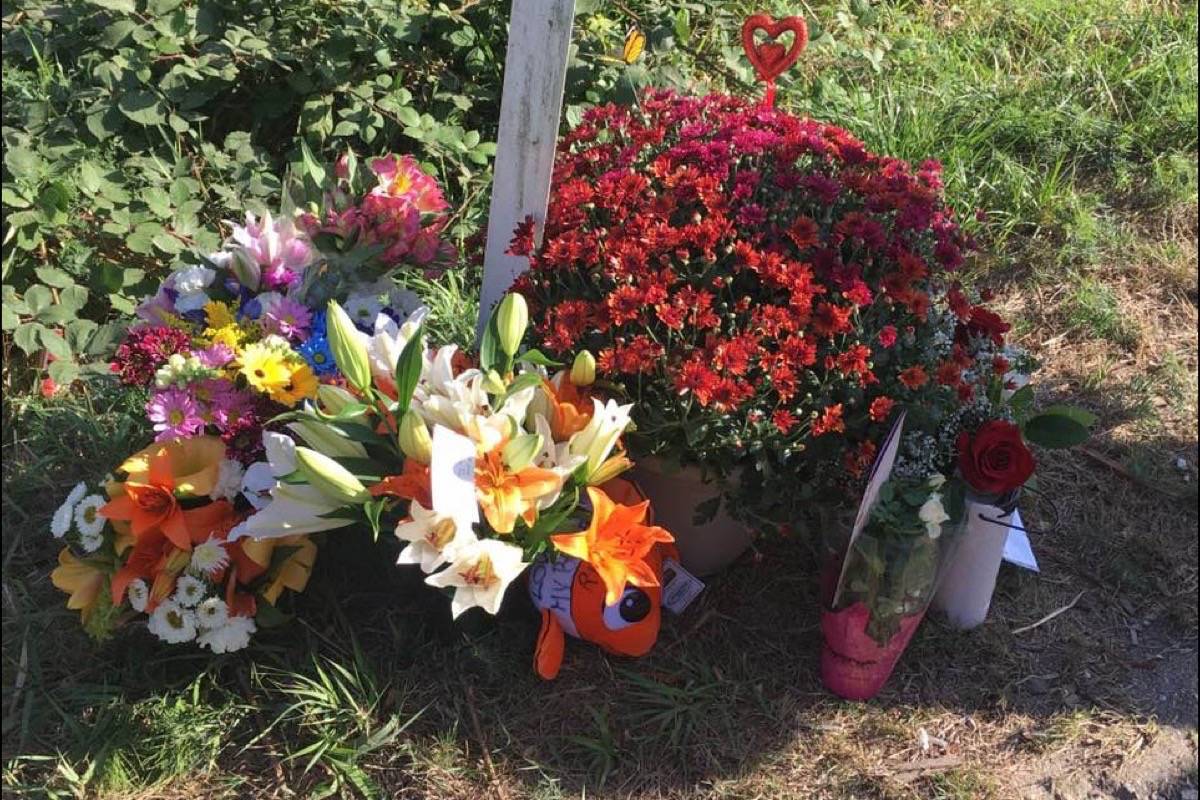