A months-long BC SPCA case is finally closed after the surrender of more than 130 cats from a 600-square-foot house.

Last April, the SPCA was dispatched to a small, one-bedroom home in Maple Ridge after neighbours complained about the smell.

“The landlord himself noticed the smell, but just though it was normal for a couple of cats,” said Christine Carey, one of the SPCA animal protection officers.

But the tenant didn’t have just a couple of cats. She had well over 100 – all of them indoor cats.

The home was filthy, according to Carey. There weren’t enough litter boxes and cat feces were everywhere – cats stepping in it and sleeping in it. There wasn’t adequate food or water. There were even dead cats and kittens in the home, according to the SPCA report.

“Disgusting” is how Carey described the home.

The building was considered a HAZMAT situation because ammonia levels were so high. Staff had to wear full protective suits and respiratory equipment to go inside.

Staff removed 136 cats from the home over six months and took them to the Chilliwack, Maple Ridge and Surrey shelters. Three of them later had kittens, for an estimated total of 150 cats.

As sad as the situation is, it’s far from uncommon. Chilliwack branch manager Chloé MacBeth said all of their large-scale animal intakes are directly linked to people with mental health issues.

“[Owners] want to save them all,” MacBeth said. “Then they can’t afford to spay or neuter one, and then all of a sudden, it’s a much bigger problem.”

The SPCA deals with several large-scale animal intakes every year, but they don’t often see positive end results, like in this case.

Staff did a gradual removal from the home, taking about 10 to 20 cats each visit to help ease the owner’s shock. They also took time to help the owner understand that having just a few cats is healthier and more manageable for all involved.

The woman now has six cats, all of which have been spayed or neutered. Her file was closed in October, and the SPCA did not pursue charges because she was so compliant.

They have been back numerous times to check on her and each time, it’s been a “very positive interaction,” MacBeth said.

This is exactly the type of result the SPCA wants to see.

“We’ve been consulting with hoarding experts, and the way this file was done is actually best practice in terms of recidivism,” she said.

“It’s not a shock to their system in terms of all of a sudden they go from 150 to none. They realize the benefits of having fewer and fewer animals and that compulsion to get more isn’t there.”

It’s easy for people to get overwhelmed, she added. “We are here to help. We want to keep animals and their humans together.”

RELATED: BC SPCA to recommend charges in case involving 27 horses

Do you have something to add to this story, or something else we should report on? Email:
jenna.hauck@theprogress.com 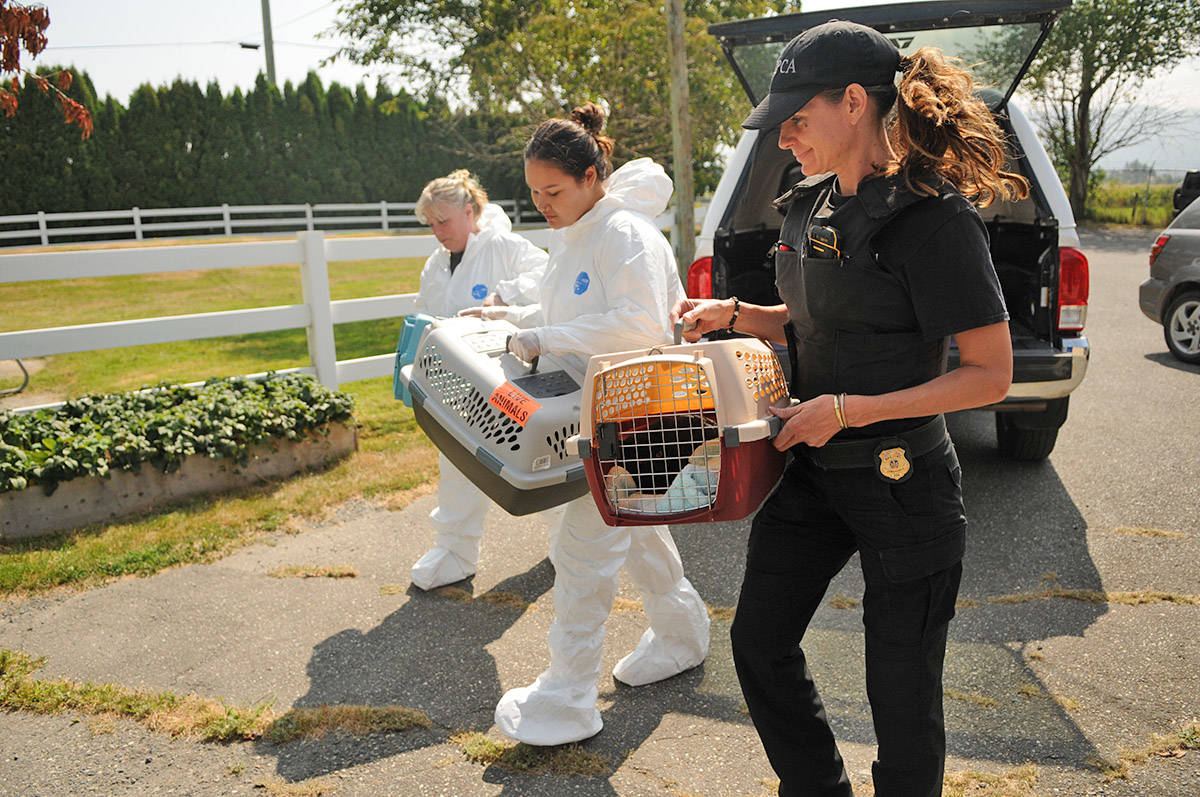 From left, Kimberly Berry, Stephany Davidson and Christine Carey bring cats in to the Chilliwack SPCA on Aug. 8, 2019. The cats were some of 136 surrendered from a cat hoarder in Maple Ridge. (Jenna Hauck/ The Progress) 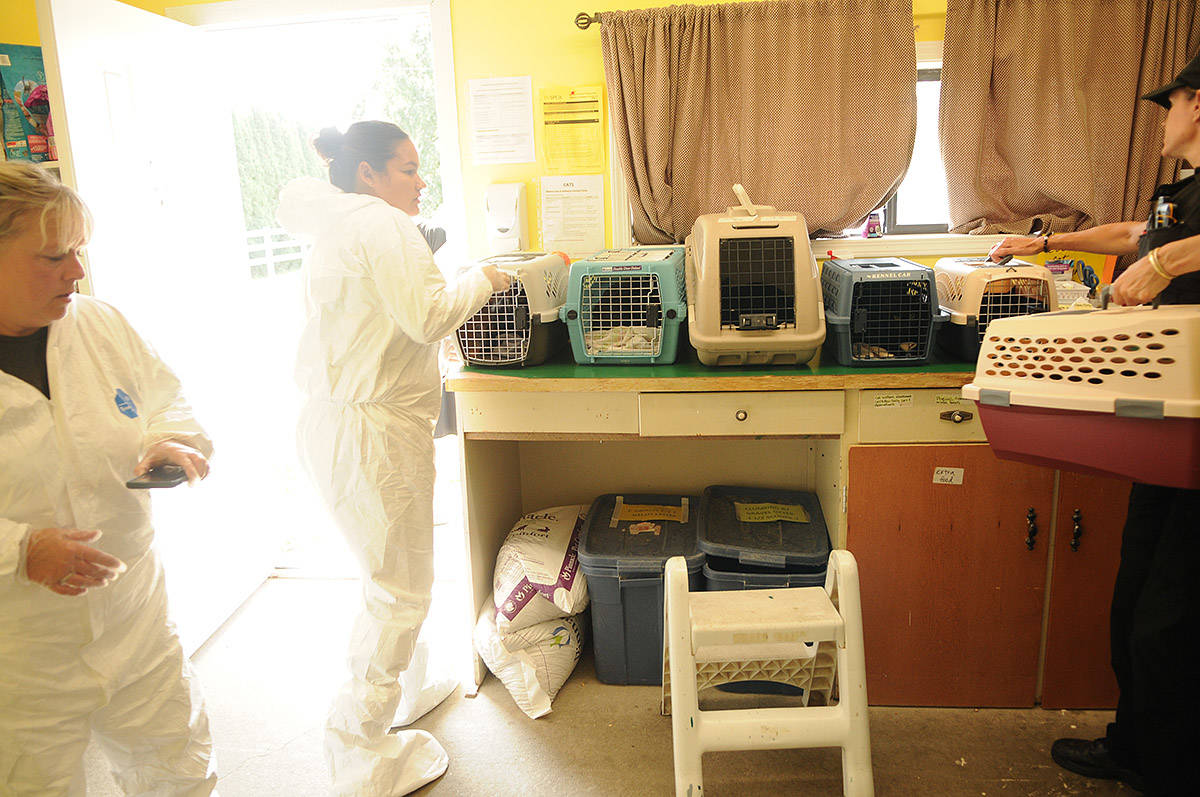 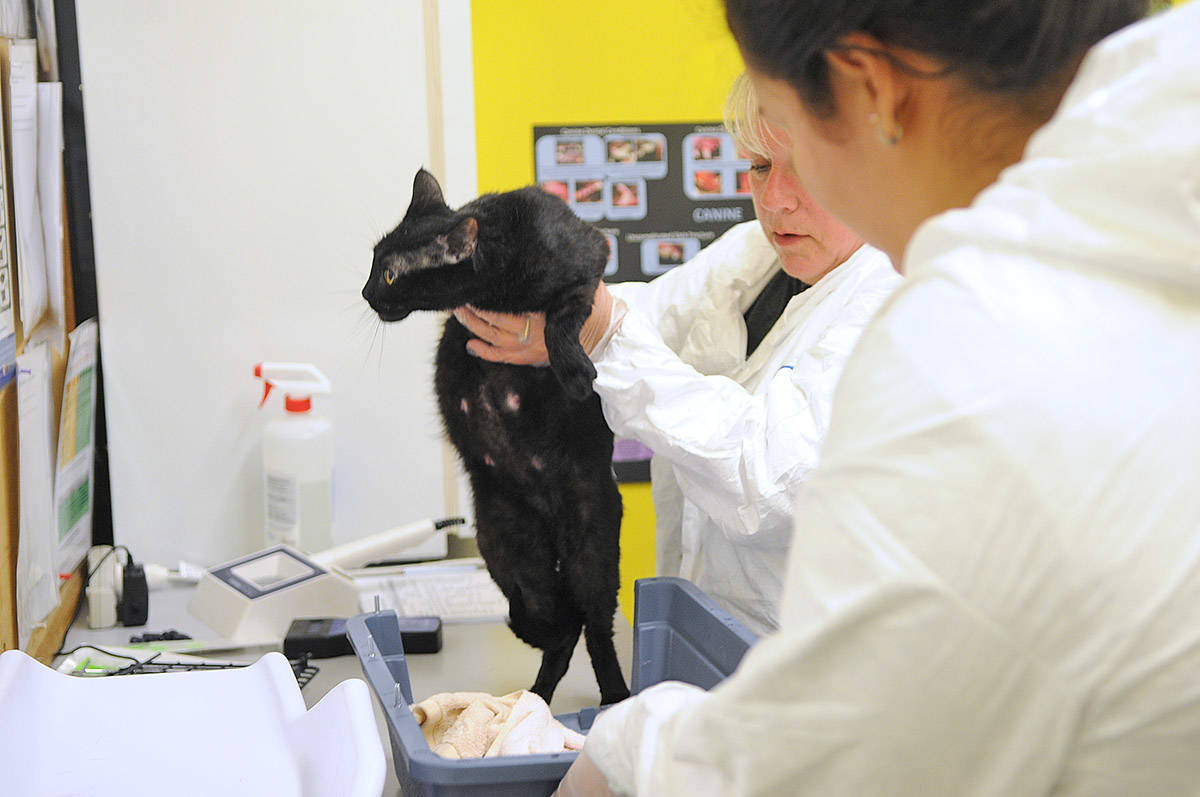 Animal care attendants Kimberly Berry (left) and Stephany Davidson assess one of dozens of cats on Aug. 8, 2019 that was taken into the Chilliwack SPCA from a cat hoarder in Maple Ridge. (Jenna Hauck/ The Progress) 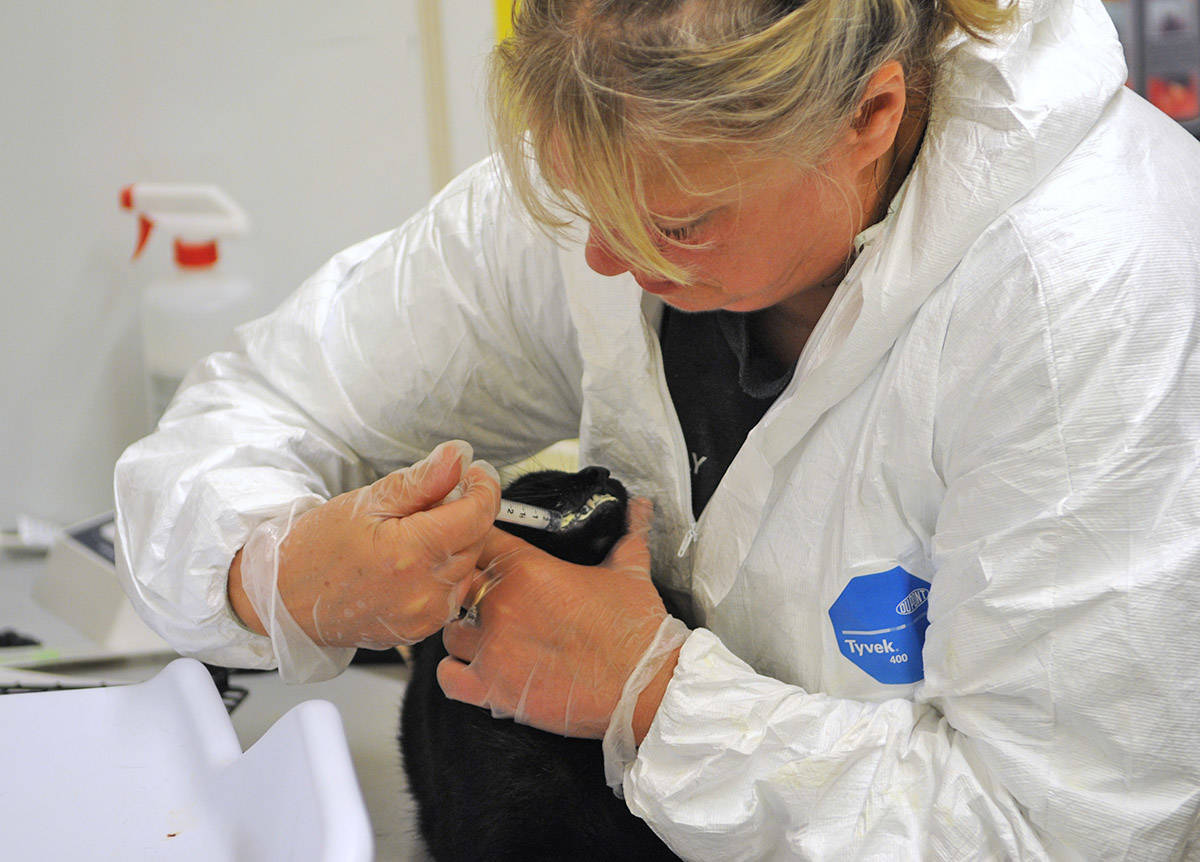 Kimberly Berry assess one of dozens of cats on Aug. 8, 2019 that was taken into the Chilliwack SPCA from a cat hoarder in Maple Ridge. (Jenna Hauck/ The Progress) 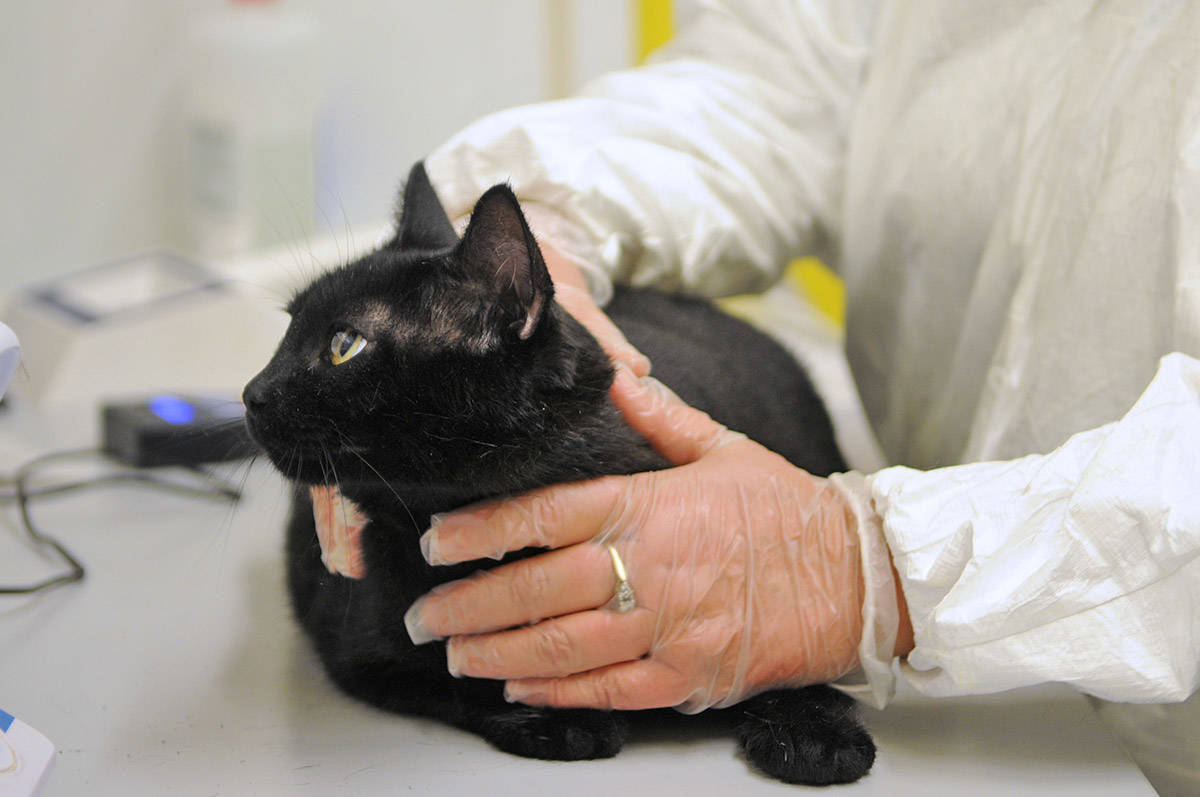 It can take weeks or even months for a cat from a large-scale intake to be suitable for adoption. (Jenna Hauck/ The Progress) 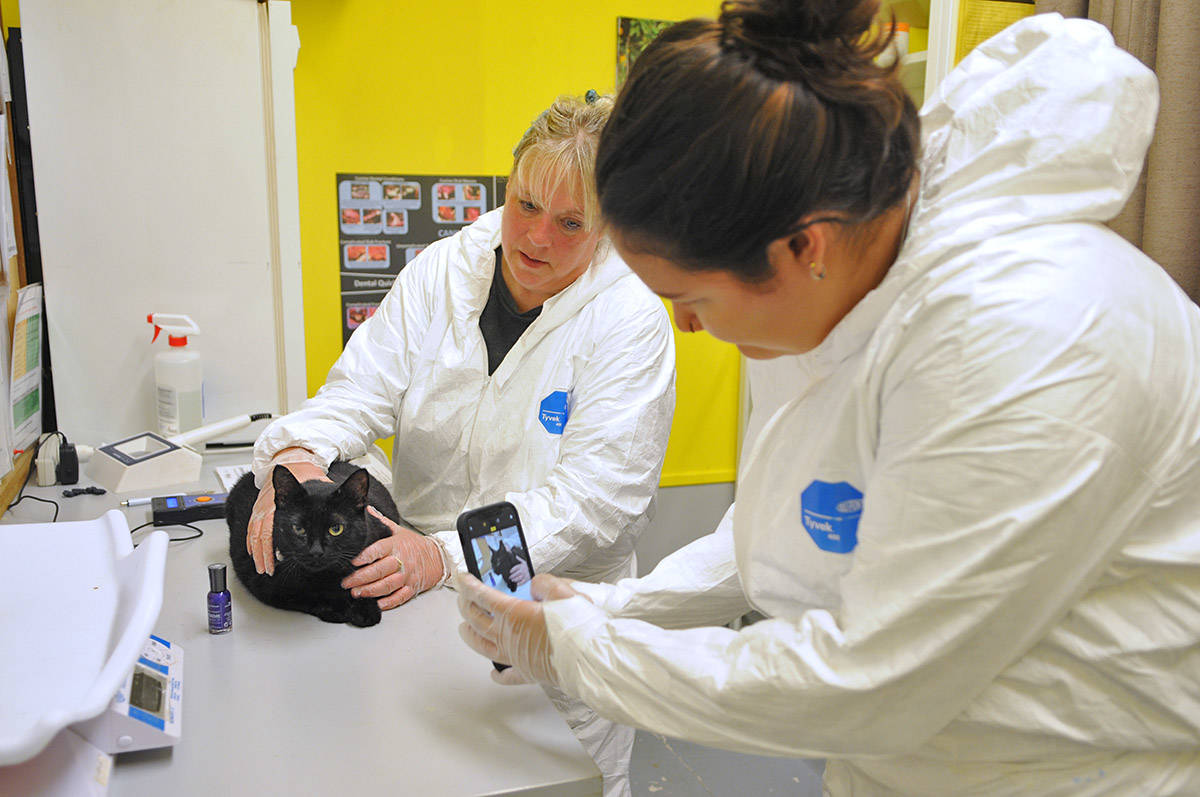 Animal care attendants Kimberly Berry (left) holds a cat steady while Stephany Davidson photographs it on Aug. 8, 2019. The cat was one of dozens that was taken into the Chilliwack SPCA from a cat hoarder in Maple Ridge. (Jenna Hauck/ The Progress) 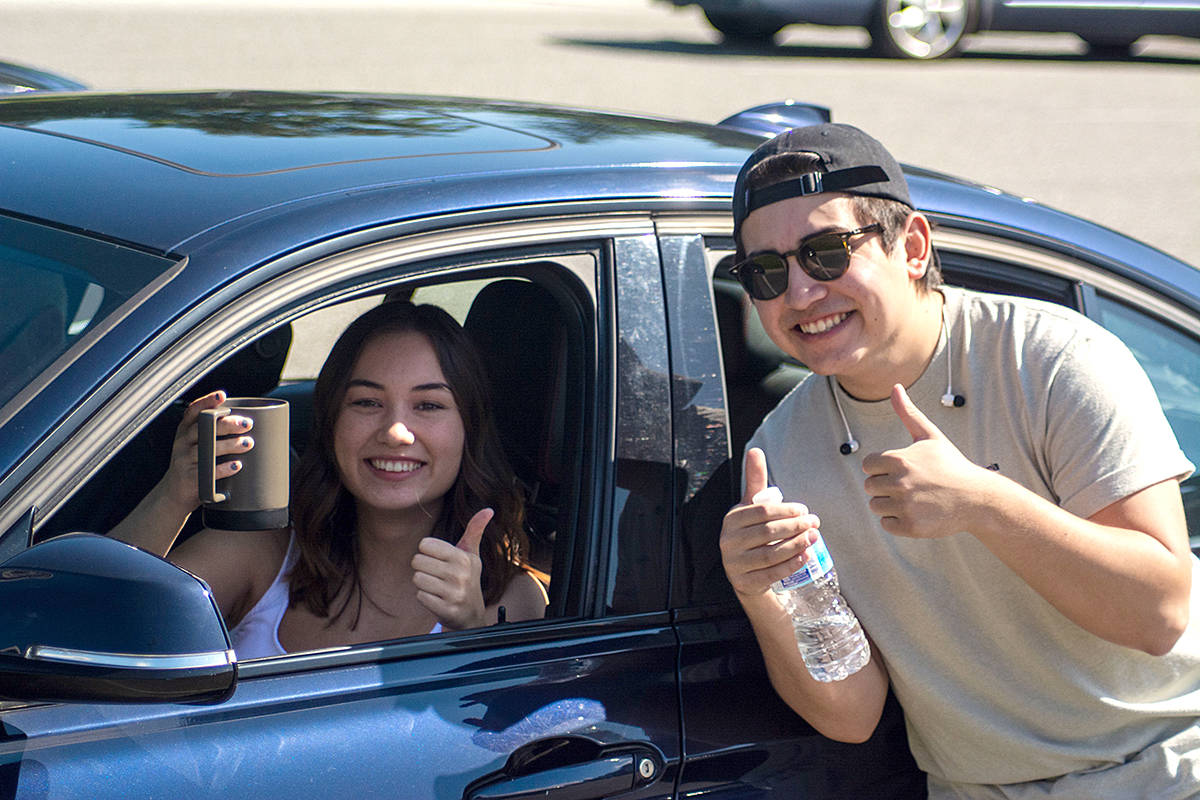 Jericho Ridge Community Church tried out the concept Sunday, and will do it again Aug. 2