Langley is faring better than its immediate neighbours when it comes to COVID-19 infection rates, but there have still been more than 1,300 total cases of the coronavirus reported here in the last year, according to BCCDC data.

The ongoing BC Centres for Disease Control tracking shows that in the week between Nov. 29 and Dec. 5, the most recent for which data is available, between 10 and 15 people per day, per 100,000 population, were being diagnosed with COVID-19 in Langley. There were 157 total local cases diagnosed in that week.

Maple Ridge-Pitt Meadows also saw a lower rate than Langley, at five to 10 cases a day and 73 over the course of the week.

In total, the CDC numbers show that Langley has had 1,315 confirmed cases of COVID-19 since the start of the pandemic, a little less than one per cent of the total population of the City and Township combined.

The overall case counts put Langley in the middle of the pack as far as the severity of the pandemic, compared to neighbouring municipalities.

South Surrey, Maple Ridge and Pitt Meadows, the Tri-Cities, and Richmond are all seeing fewer infections per capita than Langley.

Langley is comparable to Mission and Burnaby. 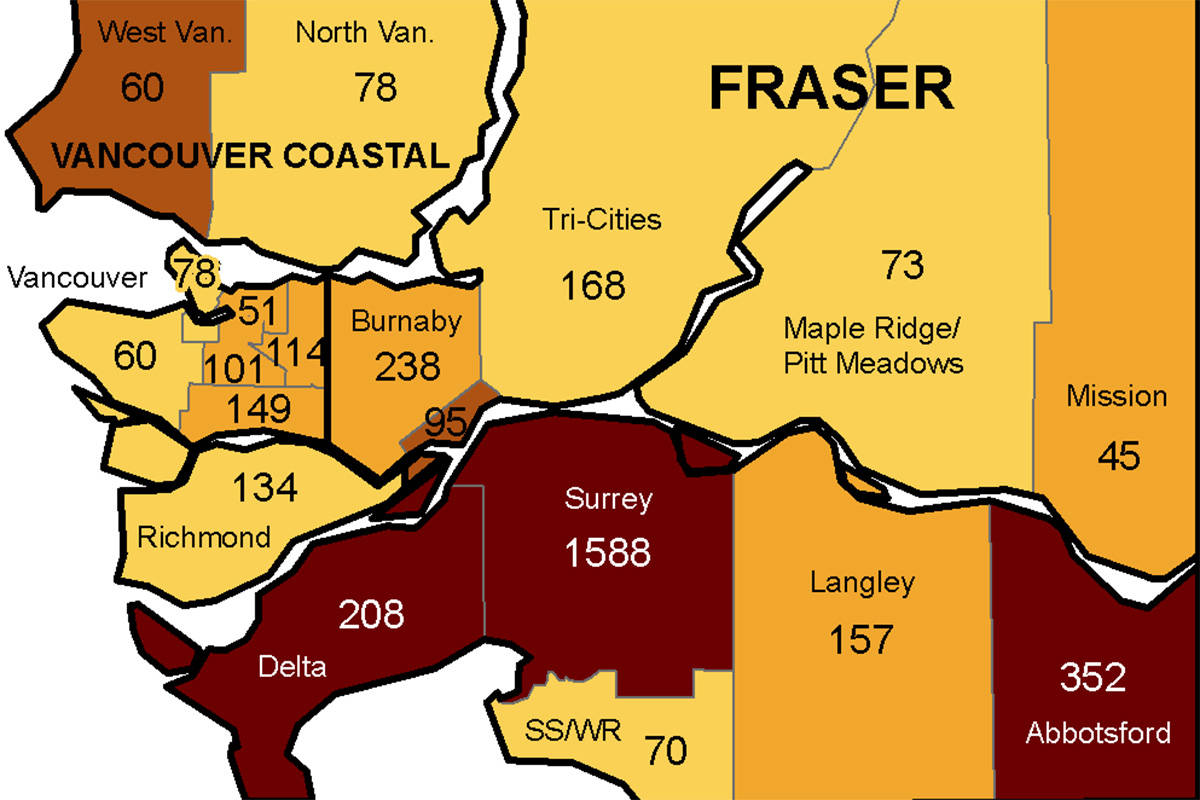