A motorcyclist has been taken to hospital after a crash in South Surrey that happened just before 2:30 Thursday afternoon.

The collision occurred on 16 Avenue, just east of 184 Street, and also involved another vehicle, police said.

A witness at the scene said that an air ambulance landed at nearby Grandview Heights Elementary, but the injured motorcyclist was taken to hospital by ground.

RCMP Const. Richard Wright told Peace Arch News that there were no reported significant injuries to others involved. The seriousness of the motorcyclist’s injuries is not known.

Another witness told PAN that 16 Avenue was closed eastbound. Wright was unable to confirm what areas were closed to traffic but suggested commuters find alternate routes.

“(Officers) are on-scene right now, investigating,” he said. “So if you can, please avoid.”

The collision marked the second time in one day that a portion of 16 Avenue was closed. This morning, the road was blocked in both directions just east of 176 Street due to a fallen tree branch. 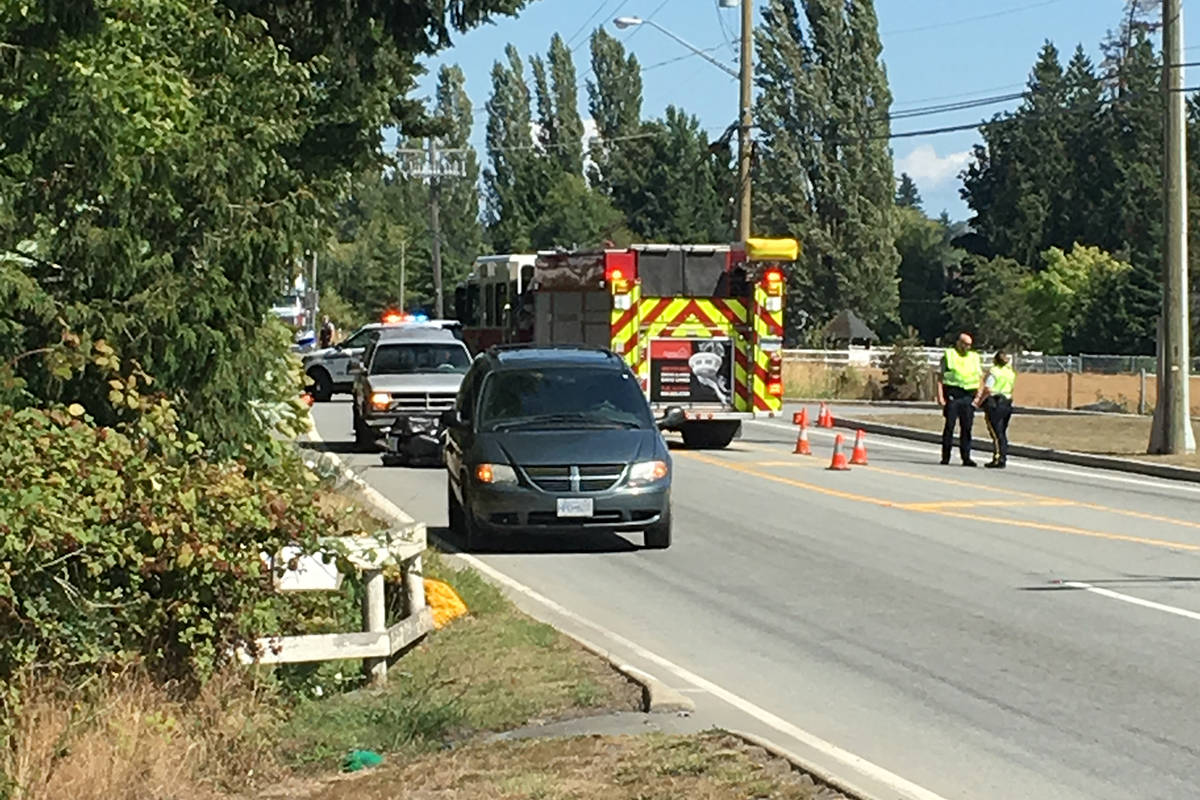 Police and fire crews attend the scene of a crash involving a motorcycle on 16 Avenue near 184 Steet. (Genia Camplin photo)