Three people are dead, including the suspect, after a shooting spree in Langley, RCMP said in an update on the morning of Monday, July 25.

Four people were shot at various locations around Langley Township and City, and the suspected shooter was then killed by police when they returned fire.

Most of the victims appear to be homeless or people living in supportive housing.

• A person was shot near 203rd Street and Fraser Highway and was taken to hospital in critical condition. This shooting appears to have taken place in or near the parking lot of the Cascades Casino.

• A man was killed at Creek Stone Place, a supportive housing facility in the 6400 block of 200th Street. Creek Stone is a former motel that was converted into housing in 2019, aimed at getting homeless people off the street and into homes.

• Another dead man was found near the Langley City bus loop at Logan Avenue and Glover Road.

• A man was found shot in the leg near the Langley Bypass and 200th Street, leaving him with serious injuries. A bicycle was seen on the sidewalk near that scene.

The final victim was found as police were closing in on their suspect, who they apparently confronted in or near the parking lot of the shopping centre on the northeast corner of the Bypass and 200th Street.

Police have only said that during their “interaction” with the suspect, police fired and hit the suspect. He was pronounced dead at the scene.

Police had previously announced a suspect was “in custody.”

At the scene where the suspect was apparently shot unmarked police SUV was riddled with more than 10 bullets across its drivers side windshield, and was stopped partly off the road with its front end in the mulch and plants between the sidewalk and the parking lot.

Another marked police cruiser appeared to also have a bullet hole in one window.

A white Mazda sedan was nearby. Early alerts linked the suspect to a white vehicle.

“We are actively investigating a series of shootings that has left two dead, one in critical condition and another with serious injuries,” said Chief Supt. Ghalib Bhayani, BC RCMP Lower Mainland Assistant District Commander. “At this time we don’t know the motive behind this deadly incident, nor if there was any relationship between the deceased suspect and the victims. We ask that public continue to assist us by providing any information that may be able to assist our investigation. Significant resources have been deployed to Langley to assist with determining what took place and why and we appreciate the public’s patience and cooperation as we deal with multiple locations throughout the Langley area.”

The Independent Investigations Office will look into police actions during the incident. The IIO is called in for all officer-involved injuries or deaths in the province. 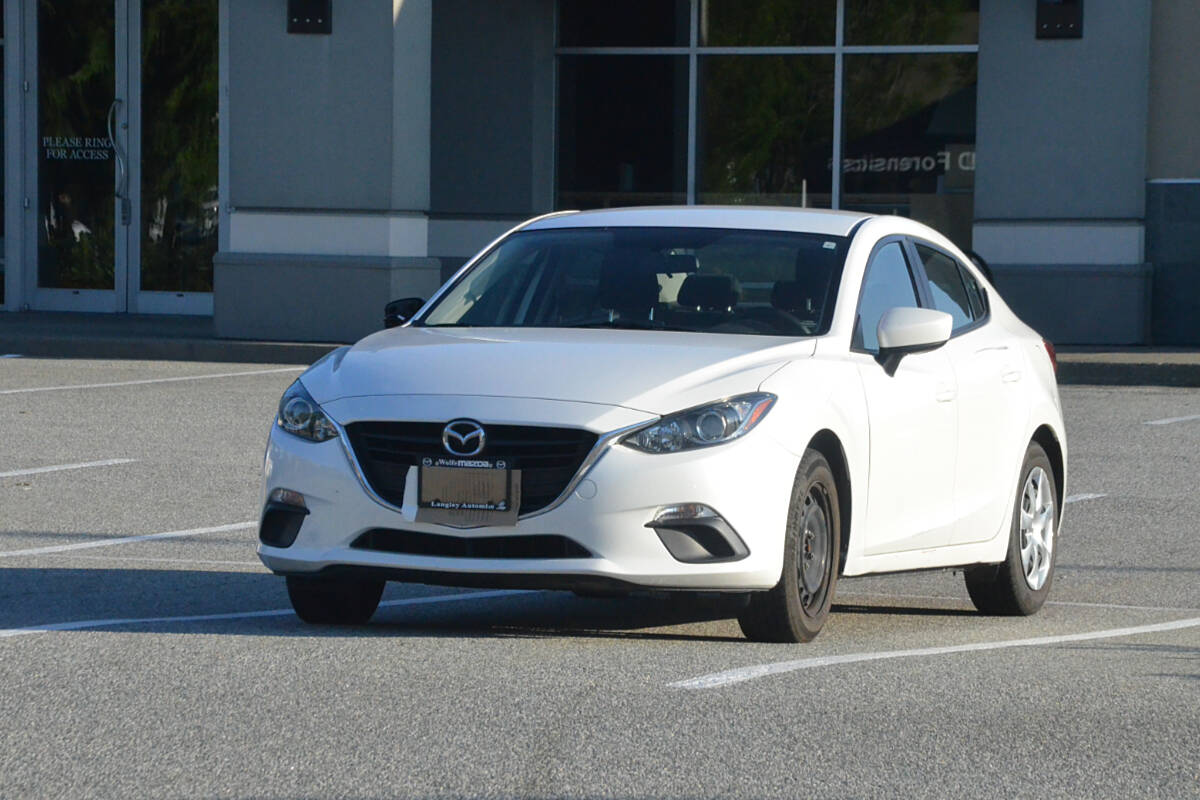 A white car, it’s license plate covered with cardboard, was surrounded by police tape in a parking lot near what was identified as one of multiple shooting scenes in Langley on Monday, July 25. Police had earlier warned the public that the suspect was associated with a white car. (Matthew Claxton/Langley Advance Times.

One person sent to hospital after report of stabbing at Shambhala