Shortly before 10 p.m. on Sunday Langley RCMP were called to the area of 201 Street and 53A Avenue for shots fired.

At 10 p.m. additional reports of shots fired were reported in the 20600-block of Grade Crescent.

Three vehicles were involved in the incident, a white Mercedes, and two stolen vehicles from Abbotsford – a black SUV and an Acura MDX.

During the incident at Grade Crescent the Mercedes allegedly rammed the SUV, according to police.

The SUV and the Acura MDX were found abandoned on Grade Crescent.

Police have not located the occupants of the vehicles and are asking the public to assist in their investigation. 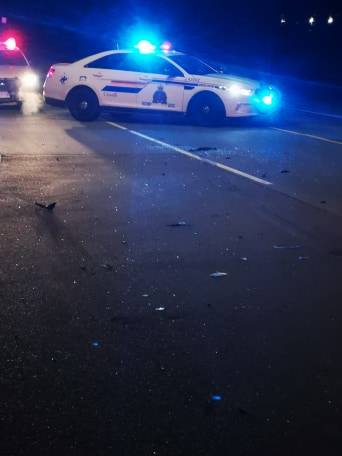 Langley RCMP were called to reports of shots fired in the area of 20600-block of Grade Crescent in Langley City on Sunday night. (Eric Duguay/Special to the Langley Advance Times)

No travel ban, but travellers asked to self-isolate as Canada hits well over 300 COVID-19 cases