Homicide investigators have been called to Langley after a dead adult man was found in a vacant lot off a busy road in Willoughby Tuesday afternoon.

Langley RCMP were called to the brush-covered lot in the 7400 block of 208th Street just after noon on Tuesday.

They found the victim, and called in the Integrated Homicide Investigation Team to assist.

By the afternoon, numerous officers were on scene and a small canopy had set up in middle of the empty lot east side of 208th.

The area around the crime scene was expected to be cordoned off for some time, and investigators were still there looking for evidence on Wednesday morning.

According to Sgt. Rebecca Parslow of the Langley RCMP, the death was not a random act.

Anyone with information regarding this investigation is asked to contact the IHIT Information line at 1-877-551-IHIT (4448) or by email at ihitinfo@rcmp-grc.gc.ca.

This is the second apparent murder in Langley in the last week, after a death was discovered last Friday at a Walnut Grove hotel. 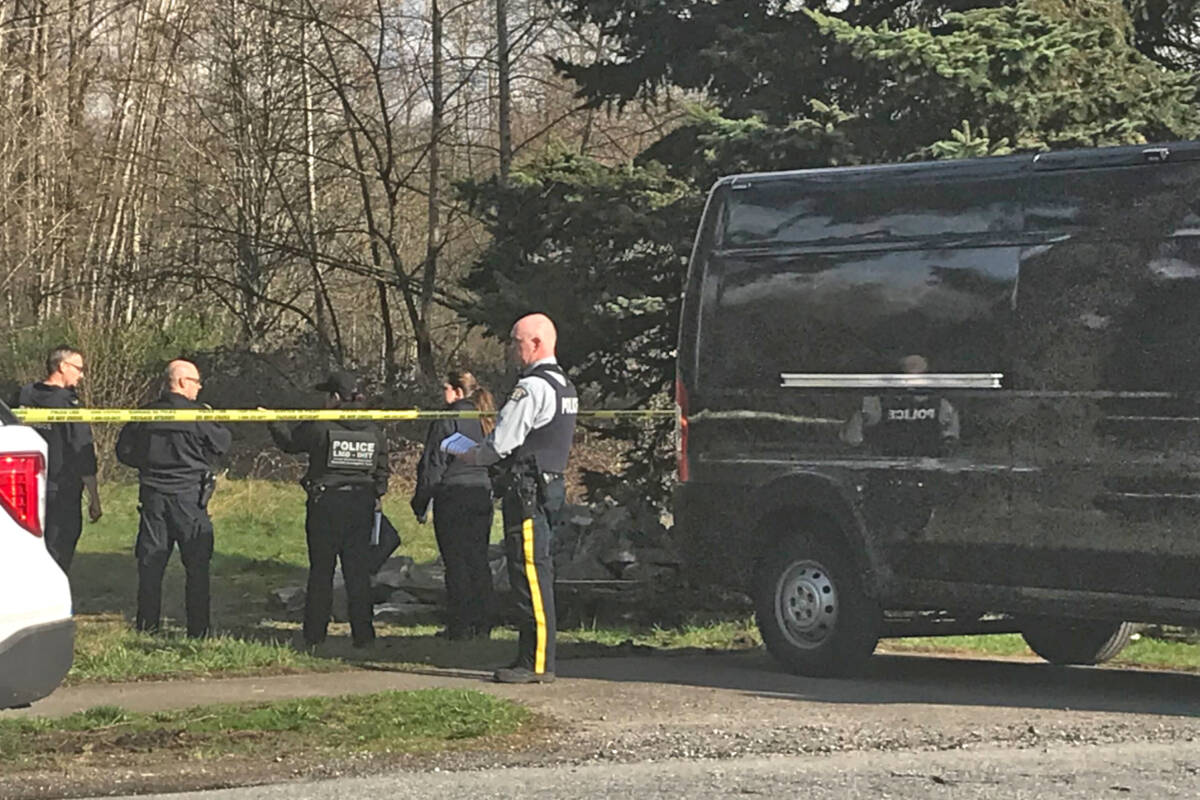 Police are at a vacant lot in the area of 208th Street and 74B Avenue. (Matthew Claxton/Langley Advance Times) 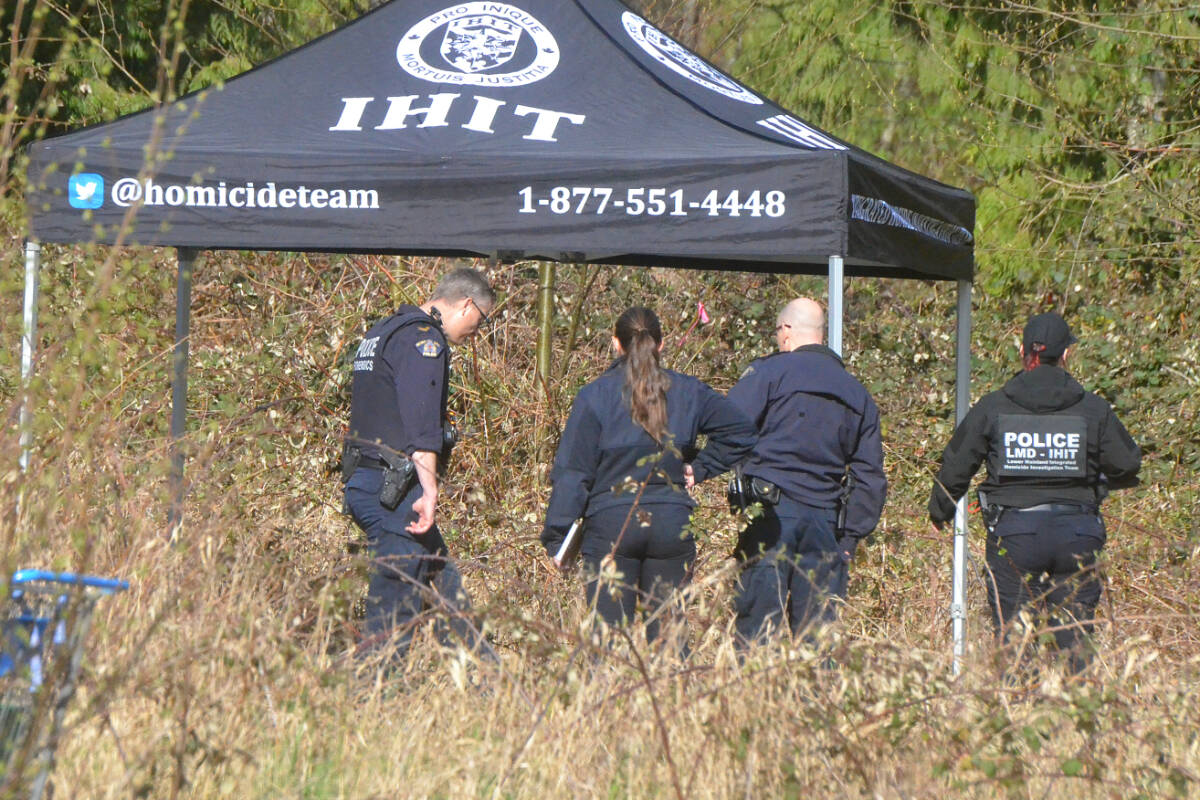 Investigators checked out an area covered by a canopy in the middle of a vacant lot on 208th Street in Willoughby. (Matthew Claxton/Langley Advance Times)