The families of two young South Surrey adults who died of fentanyl overdoses earlier this year – at home, alone and exactly two months apart – are speaking out in the hope their stories will help shed light on the crisis.

In short, they aim to raise awareness on the fact that the opioid, found laced with increasing frequency in everything from cocaine to heroin and more, is killing people in every community and along a wide socio-economic spectrum – not just those on Vancouver’s Downtown Eastside or in North Surrey, and not just those who had a difficult childhood or suffered other trauma.

The families acknowledge that their loved ones both chose to do drugs – or that it was a choice, at least initially. And, that their paths led to judgment that, even in death, continues to plague them and those who loved them.

But like others who make the decision to use – whether because of an addiction, or for recreation – Cheyenne Sekura and Brodie Clements had hope for the future, and support from people who loved them.

There were more than 500 overdose deaths in B.C. the first four months of 2018, including at least 80 in Surrey. Like many before them, Cheyenne and Brodie didn’t know the drugs had been mixed with something that could kill them.

“It wasn’t intentional,” Cathy Clements said of her son’s April 22 overdose. “He was ready to move on with his life. He was ready, finally.”

Cindy Liefke, too, is confident her daughter “didn’t choose to come home that day and die.”

“She always told me, ‘Mom, I only get stuff from my friends, they’re not going to sell me stuff to hurt me.’”

In the first of a series, Cheyenne’s family shares her story.

Cheyenne, a twin, was fiercely independent from a young age.

“She was very smart, very artistic – she was just a force to be reckoned with. Anyone who met her, she left an impression on,” her mother said. “She started working at 14 and she worked hard. She was such a go-getter.”

Family photos capture a free spirit who loved to climb and ham it up for a camera, who was an integral member of her family, and who, even through her struggles with addiction, clearly adored her young nephew through the seven short years he had with her.

A graduate of Earl Marriott Secondary, Cheyenne was creative and compassionate, the latter of which her family says made her struggle to break free from the cycle of addiction that much more difficult.

“She was too worried about helping other people get clean,” said her twin, Sierra.

Each time, the gesture would expose Cheyenne to temptation. She would, ultimately, give in.

And then there was the social judgment she and her family experienced when seeking help, including from front-line professionals. Nurses, doctors – not all, but too many – “treated her, myself, like garbage,” Cindy said. “You are judged. So you’re most comfortable staying in that position. People need to be educated (to) treat addicts like people… They are humans. They had families.”

Sierra added that “alcoholics aren’t shamed like this.… I just don’t understand why someone’s life is worth nothing… because they got wrapped up in this life.”

Cindy said one police officer she dealt with was notably unsympathetic. Wanting to know where her daughter had received the drugs that killed her, she said she was taken aback by the response she received when she inquired about an investigation:

“With all due respect, ma’am, nobody forced your daughter to do the drugs.”

Cindy said Cheyenne first tried drugs when she was 14. She took ecstasy at a church youth event that had been organized “to give the kids something to do.”

When Cindy brought her twins home the next morning, Cheyenne “just dropped.”

“I could tell something was wrong,” her mom recalled. “Then she actually just collapsed in my kitchen. She was making something… and she just hit the floor.”

Cheyenne spent the rest of the day in hospital.

Following that, Cheyenne “wasn’t too bad into anything until probably about 16, 17.” That’s when she connected with an oxycodone user, her mom said. And when that supply ran dry, “then it was street heroin.”

“That was generally her choice. She just smoked it off tin foil. Sometimes, in my house.”

After years of trying to help – “it was a rollercoaster” – Cheyenne’s family says that while the 26-year-old didn’t outright acknowledge she had an addiction, they’re confident she wanted to beat it. She was receptive when an outreach worker brought the family overdose-reversing naloxone kits (sold under the brand name Narcan) and explained how to use them; wrote herself notes that read “Stop”; and made wish lists of things she wanted to accomplish.

“She had plans, she still talked about the future,” Cindy said. “In her clear moments, and even in some of her lowest points, you could still see ‘her.’ I had doctors tell me it’s not too late for her. And that was at 24, 25…”

Cheyenne tried recovery houses around the province. But her mom said that even in those facilities, her daughter couldn’t escape the draw of drugs.

“She told (us) about drug use in the facility,” Cindy said.

Describing the majority of such facilities as largely for-profit – with some costing $30,000 for 30 days – Cindy noted one program her daughter was set to enter shut down without warning, leaving her with nowhere to go. Cheyenne spent a night at the Nanaimo ferry terminal.

Monitoring at another facility did nothing to stop Cheyenne from leaving with another of the program’s participants.

“As a payee, I’m supposed to be alerted,” Cindy said. “I phoned (and was told), ‘I can neither confirm nor deny.’ She had left with some guy and went to Calgary.”

Thirty days, noted Cindy, is not enough to temper an addiction that has grown for years.

The day Cheyenne died – on Feb. 22, a Thursday – she hadn’t been home from a treatment centre for more than 12 hours when her mom found her unresponsive in the bathroom.

Sierra had picked her up from the bus station that morning. Cheyenne left the house briefly in mid-afternoon – Cindy doesn’t know for where. Before dinner, she went for a shower.

Her mom, who remembers wanting to ensure she wasn’t “smothering” her daughter on her first day home, found her about an hour later.

“I was making dinner and I went upstairs because I wanted to talk to her – and she was gone,” Cindy said. “And I tried and I tried (to save her).”

Not even the family’s well-stocked supply of naloxone – they had seven of the emergency kits between them – helped.

“It was too late,” Cindy said.

“We gave her two doses.”

About a week later, the coroner told Cindy her daughter had taken cocaine and “a lethal dose” of fentanyl that day.

“She didn’t take what she thought she was taking,” Cindy said.

While it’s too late for Cheyenne, Cindy said that if sharing her story helps prevent even one overdose death, the additional pain of sharing it will have proven worthwhile.

Going public wasn’t her first inclination, as she feared it could re-victimize her daughter, re-stigmatize her. And, “at first, I was so angry,” she said.

Now, she wants people to know – know the dangers of drug use, even when those drugs come from “friends”; know that more needs to be done to stop the people who are dealing the deadly concoctions; know that Cheyenne’s family fought for her, loved her; and, know Cheyenne.

“She had never lost the will to live and to try and get out of this,” Cindy said.

Cindy hopes Cheyenne’s story will put a face to statistics that aren’t getting any better and help people see the devastating reality of the issue.

“I know that at the end of the day, we will be judged,” she said.

But, “it’s important, and if it helps save one family, it’s worth it.”

Read more about some of the efforts that are underway to help, as well as Brodie Clements’ story, in an upcoming Peace Arch News. 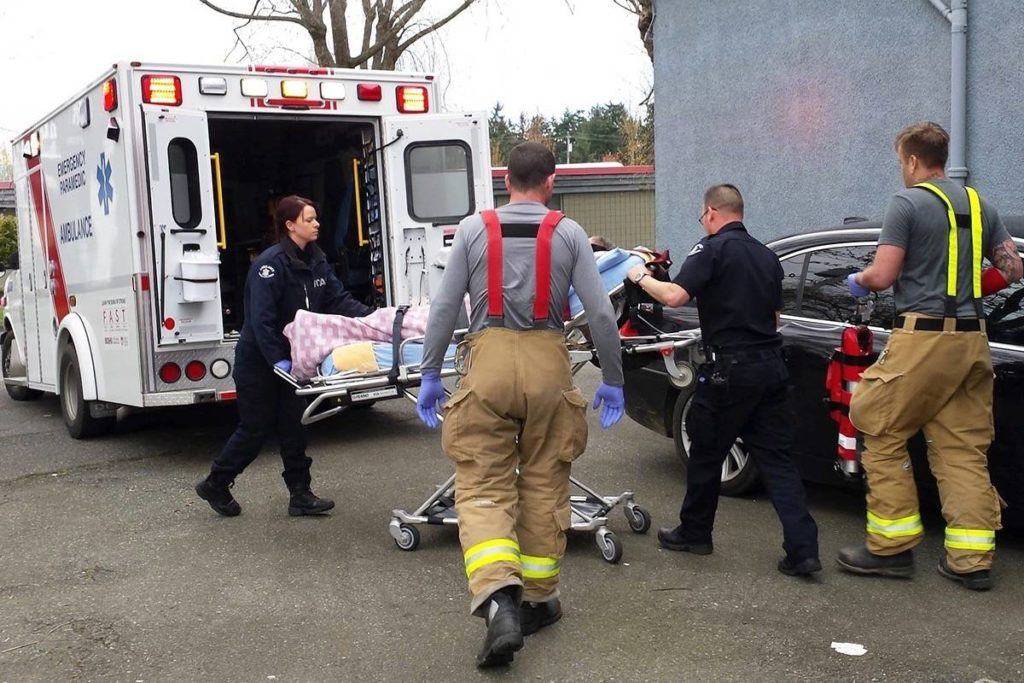