A dispute over an off-leash dog allegedly led to a man being assaulted with a six-foot pole.

James Olson took his border collie Max out for a late-night walk Wednesday when a man on the street apparently took exception to the dog being off-leash. Olson said Max is friendly and approached a man wearing a cowboy hat.

“So he starts yelling at me to ‘get your f-n’ dog away from me’ and I’m, like relax, man, he’s just trying to say hello.”

The encounter deteriorated into a verbal exchange with the passerby hurling insults.

“I’m like, ‘buddy, you need to chill out’ and then I made a comment about his cowboy hat. I said ‘it’s 2020, maybe lose the cowboy hat,’ and that was our last words,” Olson said. “The next thing you know, maybe less than five minutes later, he’s come all the way down around the building and around the parking lot, swinging a pole at me.”

The man also allegedly tried to swing the pole at the dog. When Olson pulled his cell phone out to call 911, his attacker allegedly smashed the phone out of his hand with the pole.

“I’ve never seen an iPhone with a bend in it, but mine is bent,” he said.

Along with the damaged phone, Olson said he suffered a concussion, when the stick deflected off his arm and struck him in the head.

This wasn’t Olson’s first experience with aggression from people while walking his dog since he moved to Nanaimo from White Rock last year. There was another incident, he said, when he was walking his dog along Prideaux Street and a man, living in a van, stormed out of the vehicle with a baseball bat.

“To me, as somebody coming in from the outside and now seeing this, it’s like this underlying mentality that’s going on out here,” he said. “With the fellow with the baseball bat, I was just walking through a parking lot with my dog … and the guy came out just swinging a baseball bat. I had to jump back and keep my dog back and after a few minutes I managed to talk the guy down,” he said.

Nanaimo RCMP have confirmed an investigator has spoken with the suspect, but so far have not recommended charges. The investigation is still open and police will be reviewing video security footage. 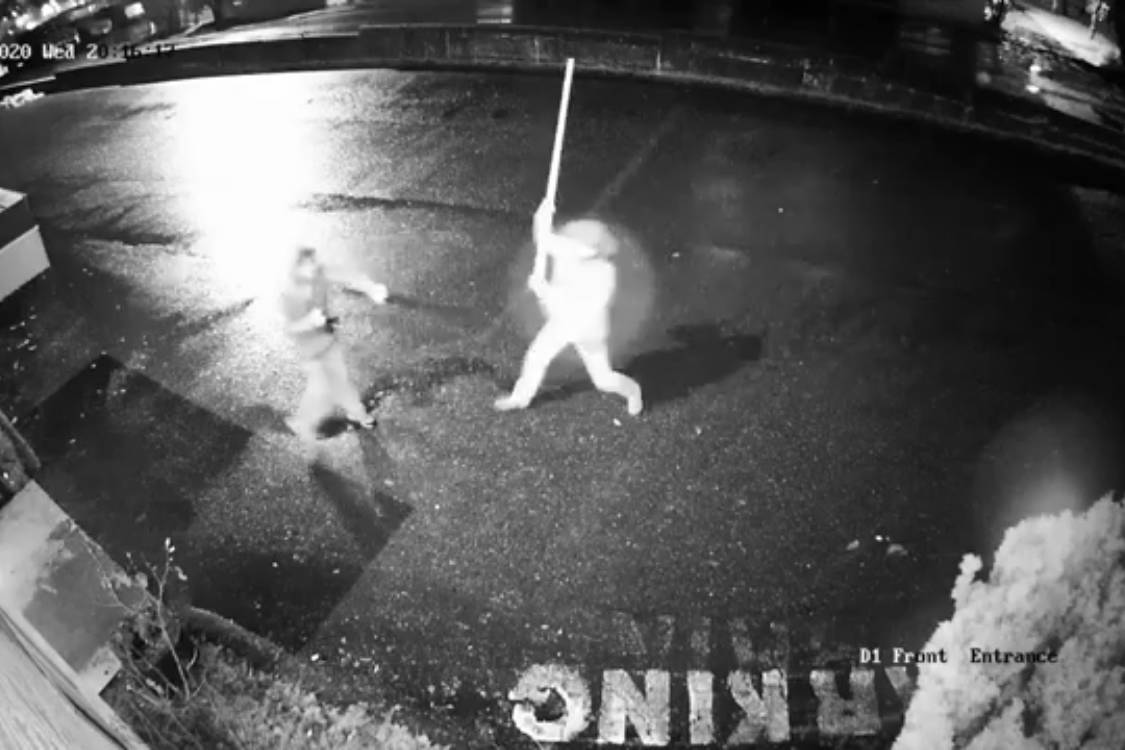 A still from security camera footage from an apartment building on Prideaux Street, in Nanaimo, portrays an alleged attack by a man brandishing a pole Wednesday. The victim said he suffered a concussion and damage to his cell phone. (Photo submitted) 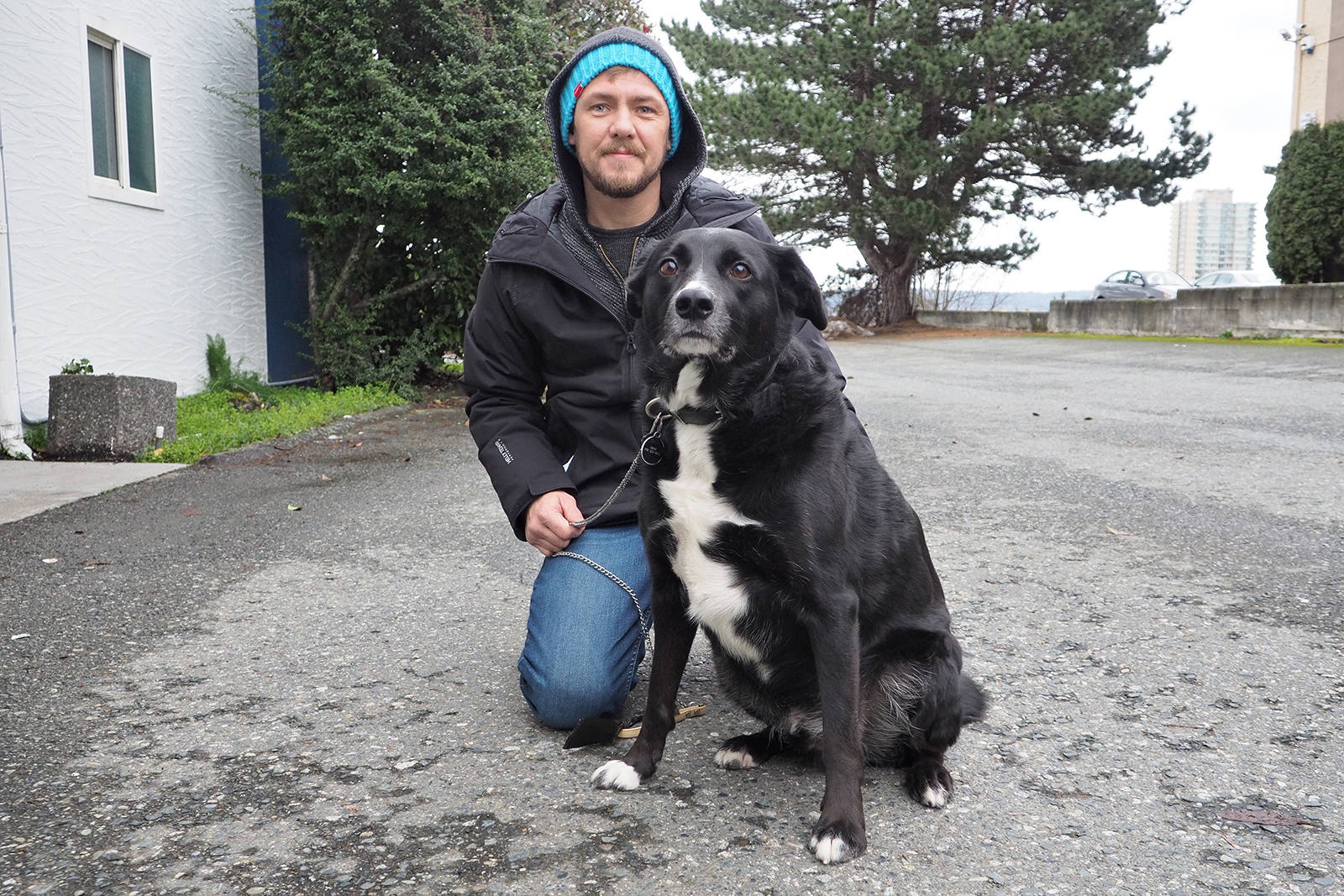 James Olson, Prideaux Street resident in Nanaimo, said he and his dog Max were attacked by a man wearing a cowboy hat, swinging a pole Wednesday. (CHRIS BUSH/The News Bulletin)