People who have loved ones on the autism spectrum have a bigger family now, thanks to a new centre which opened in Chilliwack this week.

The Pacific Autism Family Network (PAFN) opened its fourth location on Tuesday to offer support for people in the Fraser Valley. The new centre, located in downtown Chilliwack, will offer services that include education, training and support for people with autism and their families.

“I’m so thrilled that the network is now in Chilliwack, the resources are closer to home and that we’re going to be able to serve people of Chilliwack so much superior than what we have been in the past,” said Chilliwack MLA John Martin.

“I guarantee you will have families moving to Chilliwack because of this centre and because of your community,” said Wendy Lisogar-Cocchia, co-founder of PAFN.

PAFN board member Peter Raptis said the geographic location of Chilliwack is “not just strategic but very critical” because it will serve people in the Fraser Valley and in areas in between their three other locations: Richmond, Prince George and Kelowna.

“[Chilliwack] is the second largest city in the Fraser Valley Regional District and this hub really acts as a key connector to our hub-and-spoke system of what we have with PAFN. Our goal is to connect all people in British Columbia… so we can service as many families across the province as possible,” Raptis said.

The PAFN opened its first location in Richmond in 2016 and has been supported by the Saccomano family even before that.

Steve Saccomano, who is a parent of a child with autism, started an annual fundraiser golf tournament in 2014 to raise money for the PAFN. Funds raised during the annual Saccomanicas Golf Tournament (held this year in August in Pitt Meadows) helped to make the Chilliwack location possible.

People don’t have to have a diagnosis or have autism to come into the centre and use its services.

RELATED: Understanding autism from the inside out

RELATED: Fight for autism diagnosis arduous for adults in B.C. 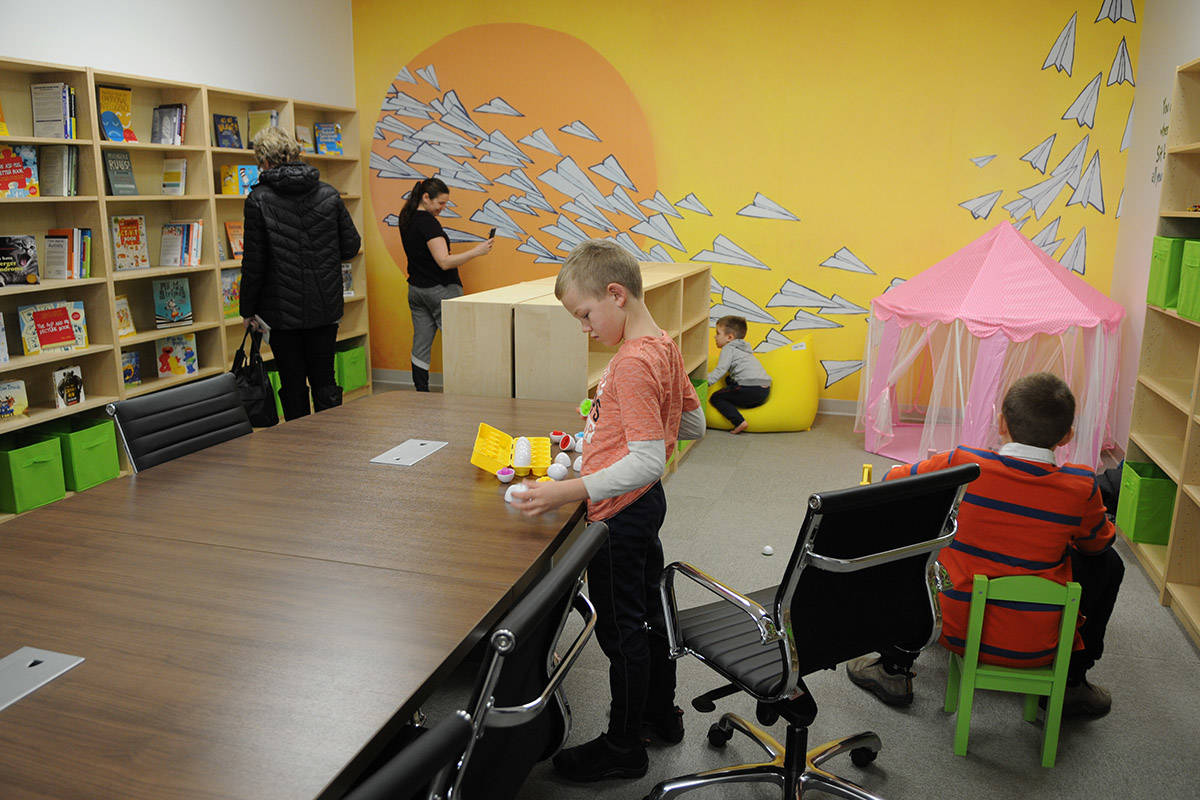 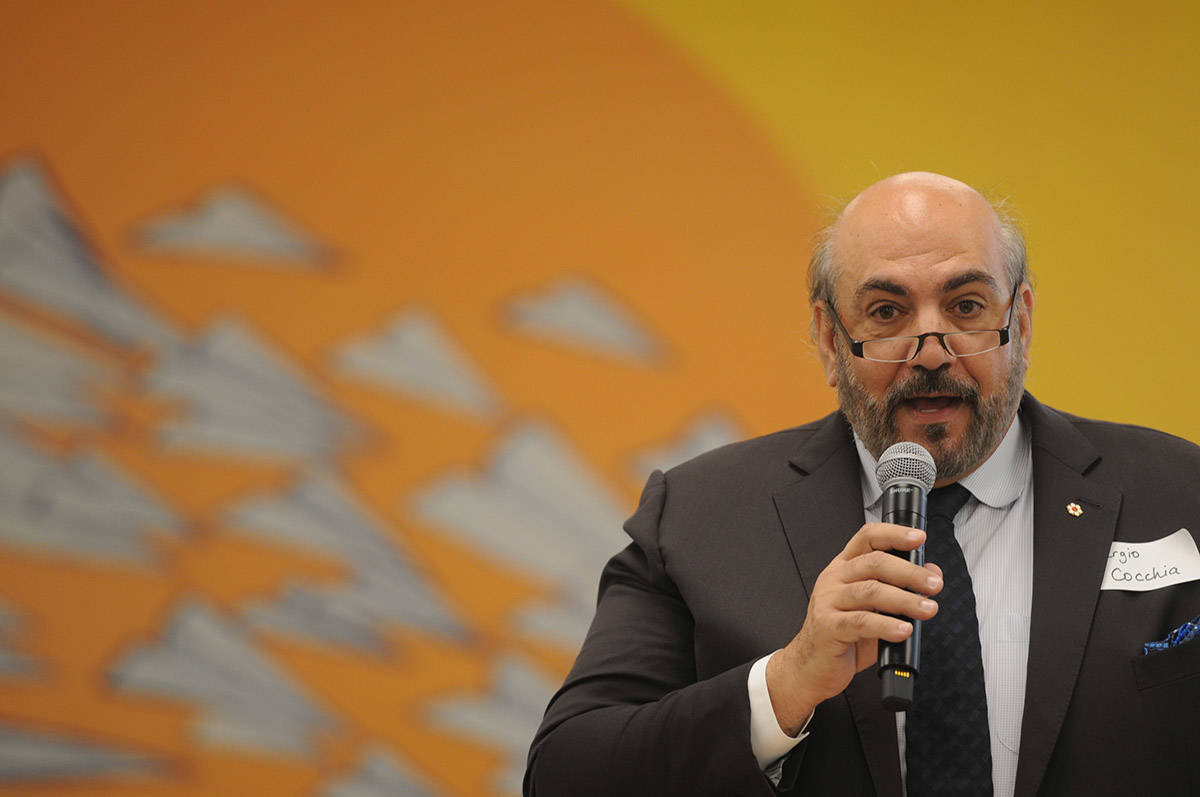 Sergio Cocchia board chair of the Pacific Autism Family Network speaks during the grand opening of their new Chilliwack location on Tuesday, Dec. 3, 2019. (Jenna Hauck/ The Progress) 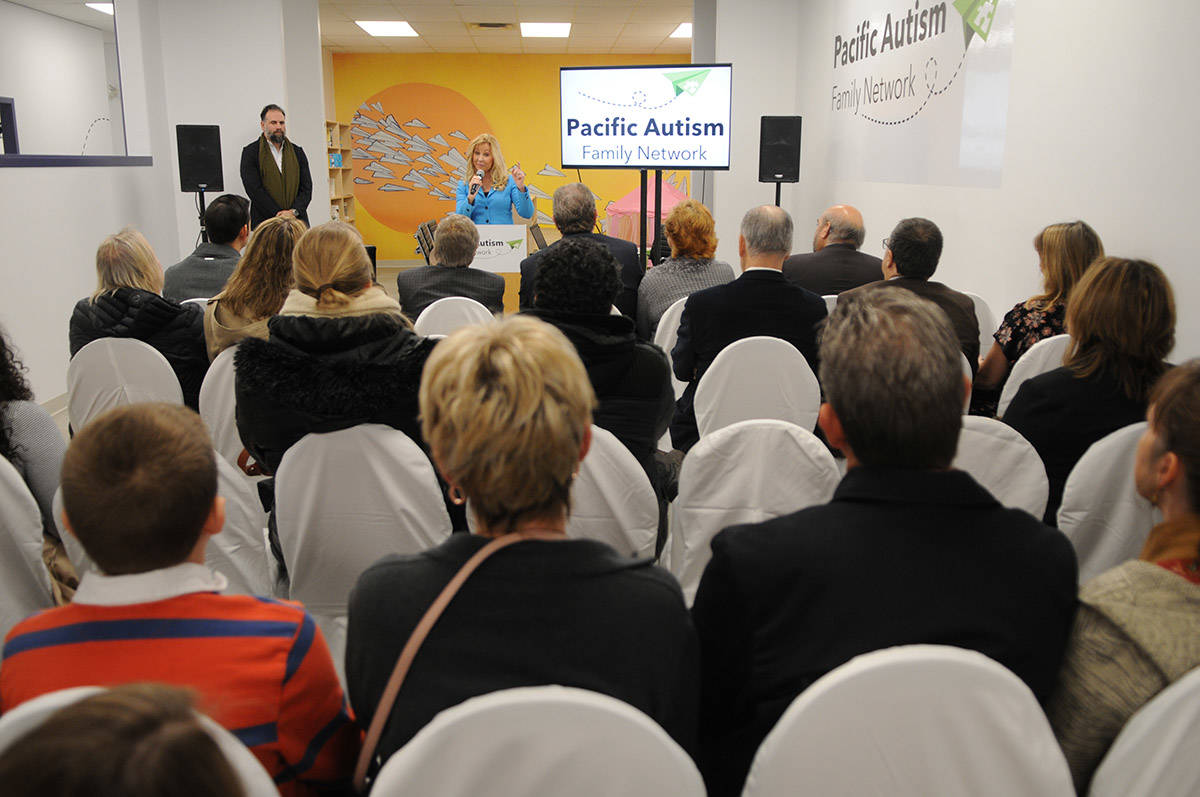 Wendy Lisogar-Cocchia, co-founder of Pacific Autism Family Network speaks during the grand opening of their new location in Chilliwack on Tuesday, Dec. 3, 2019. (Jenna Hauck/ The Progress) 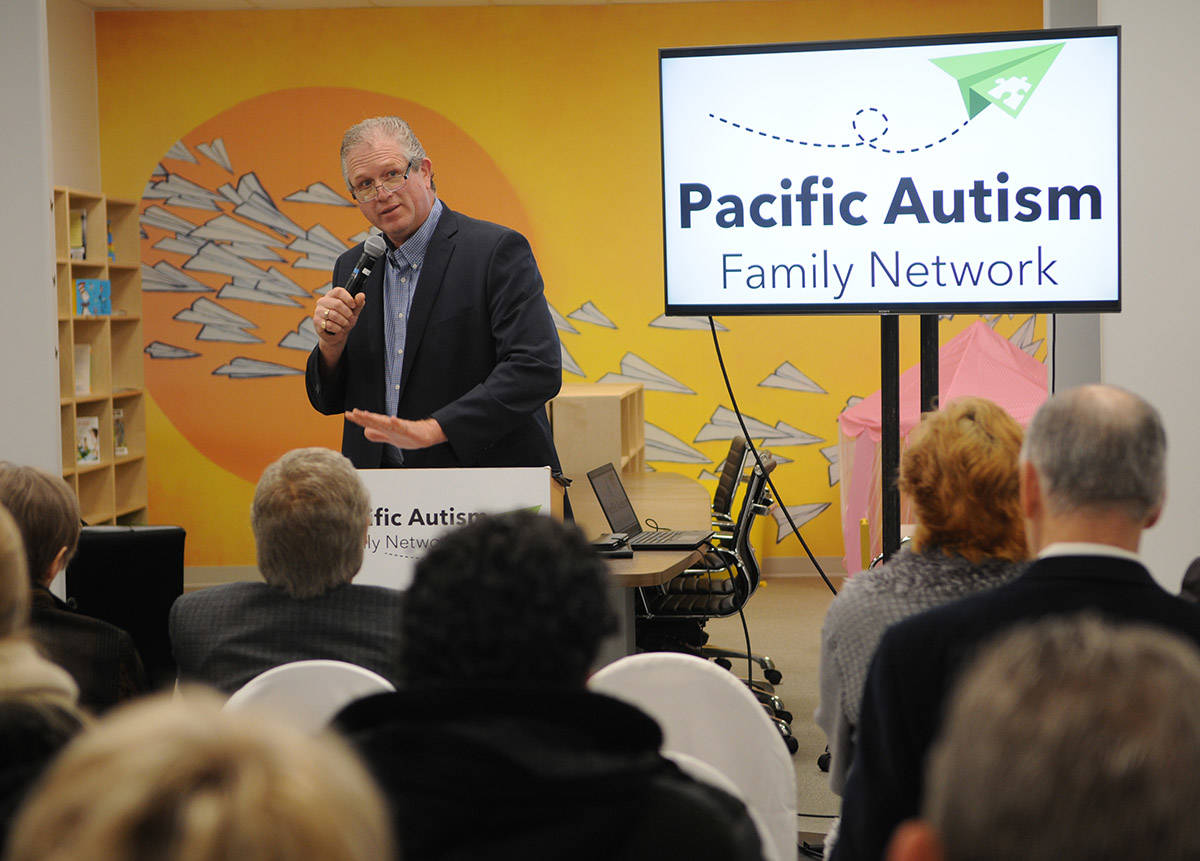 WEATHER: A chance of showers in Langley 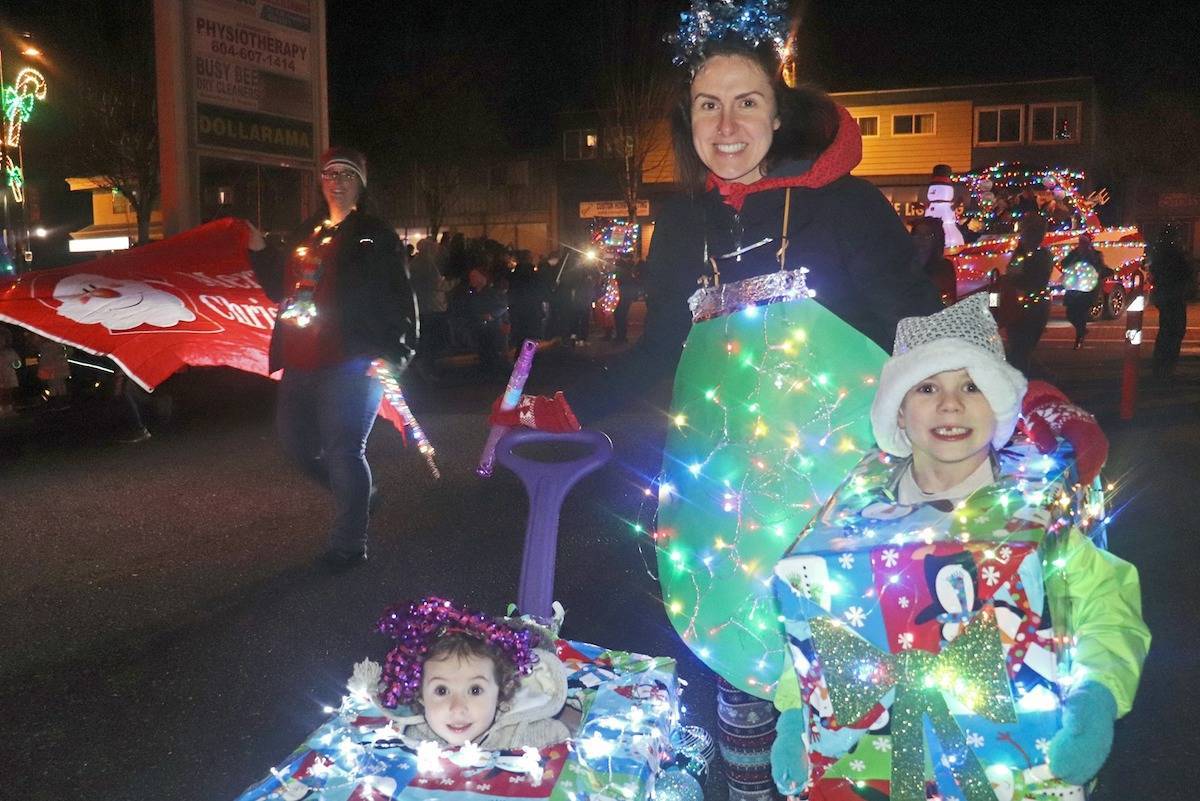 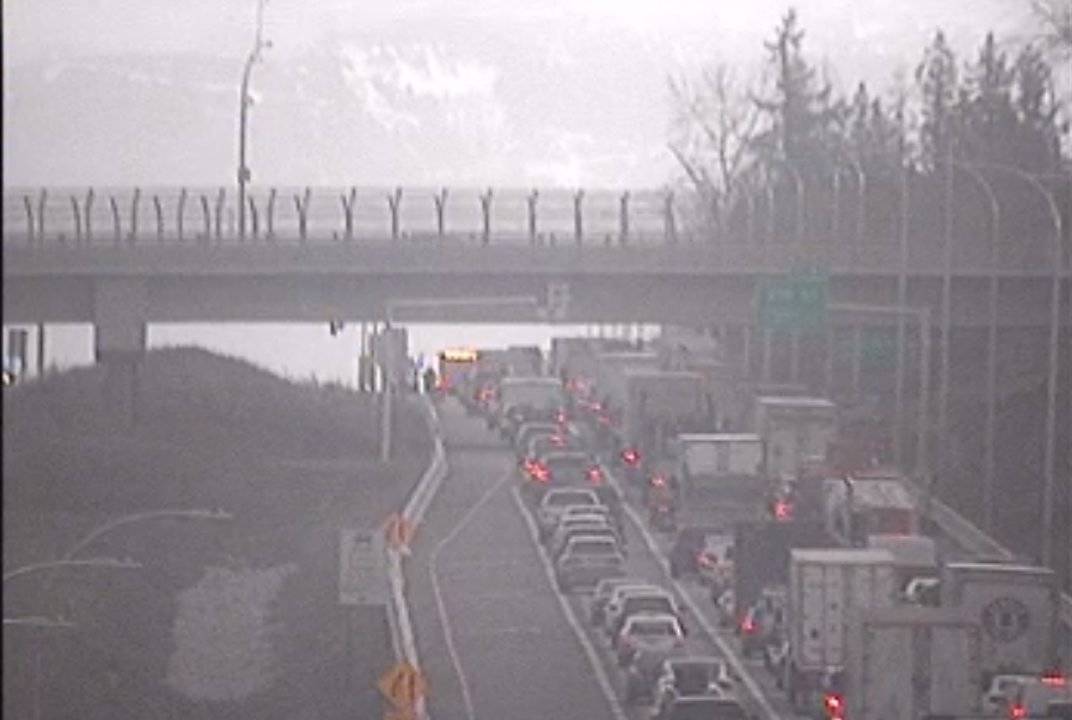 New incident is reported eastbound underneath the 216th Street overpass 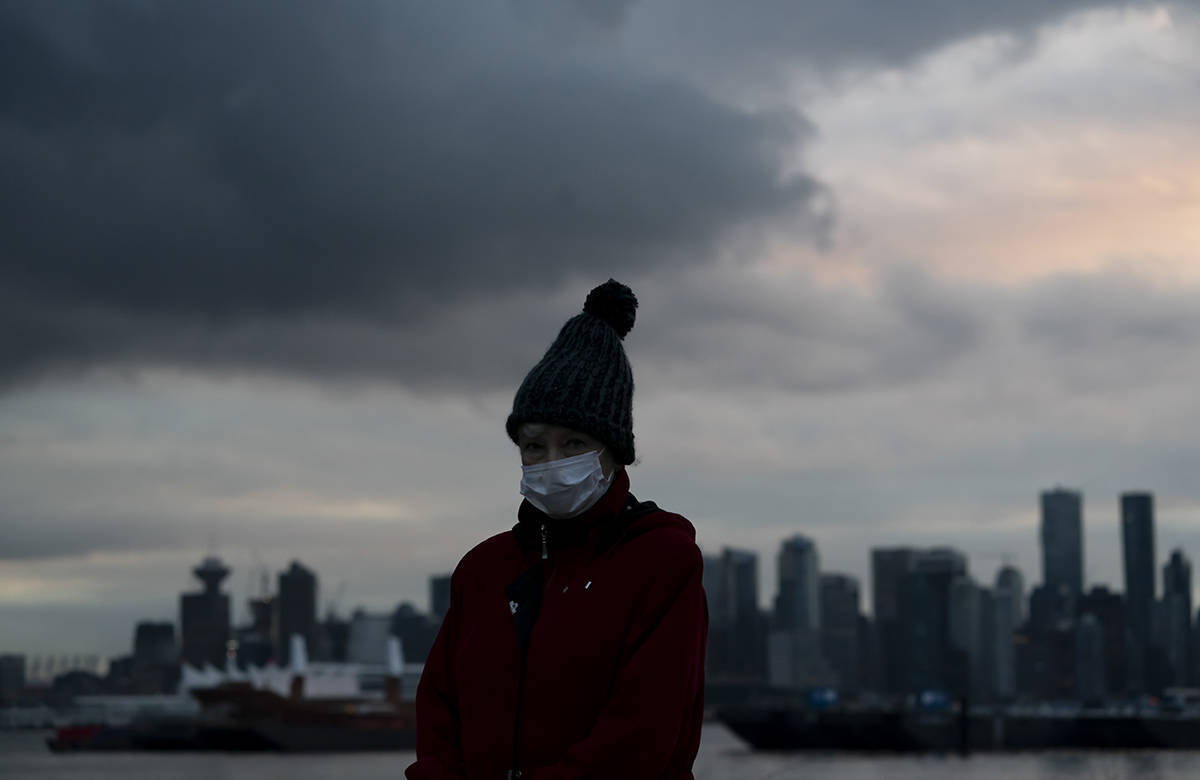 Hospitalizations reach more than 300 across the province