An man has been arrested in Ontario and charged with the 2009 murder of 26-year-old Kevin LeClair, who was gunned down outside a popular restaurant in Walnut Grove.

Charged with one count of first degree murder is 37-year-old Kreshnik Ismailaj of Whitby, Ontario.

He was then transported back to the Lower Mainland.

Ismailaj has no criminal record and had recently moved to Ontario from B.C.

He has been remanded and there is currently no future court date that has been set.

LeClair, a member of the Red Scorpions and associate of the Bacon brothers, was shot to death in a busy Langley shopping centre parking lot in front of a number of witnesses.

The Vallee trial in B.C. Supreme Court was told members of the UN gang were hunting for LeClair when they spotted his truck shortly before 3 p.m. that February day and followed it to a restaurant in the Thunderbird Mall in Walnut Grove.

When LeClair went inside, Vallee and another UN gang member went to get weapons and returned in a van with a 9mm handgun and an AR-15 rifle and waited for LeClair to leave the restaurant.

When LeClair came outside after an hour, Vallee and the gang member got out of the van and started firing at LeClair in the parking lot of the shopping centre at 88 Avenue, east of 200 Street.

Witnesses have told the Times as many as 40 shots were heard.

At the time, Armstrong was the officer in charge of the Langley RCMP detachment.

“I recall walking around the crime scene a few days later, looking at the bullet holes and really shaking my head in disbelief and wondering how these gangsters thought that they were going to get away with this,” Armstrong said during a 2011 press conference.

Police said the investigation into the murder remains “active and ongoing.”

Police are still looking for another suspect alleged to have participated in the killing, Conor Vincent D’Monte, who has been on the run since 2011.

“This investigation, and all those investigations connected to it and the gang conflict in the late 2000s, has involved hundreds of officers from dozens of police agencies and units. The officers and support staff have remained determined and committed over the years to ensuring that justice is obtained for the many victims,” said Staff Sergeant Lindsey Houghton, CFSEU-BC Advisory NCO.

“Time does not dampen our resolve and we are confident that we will eventually find and arrest the last remaining suspect in Kevin LeClair’s murder, no matter where he might be hiding.” 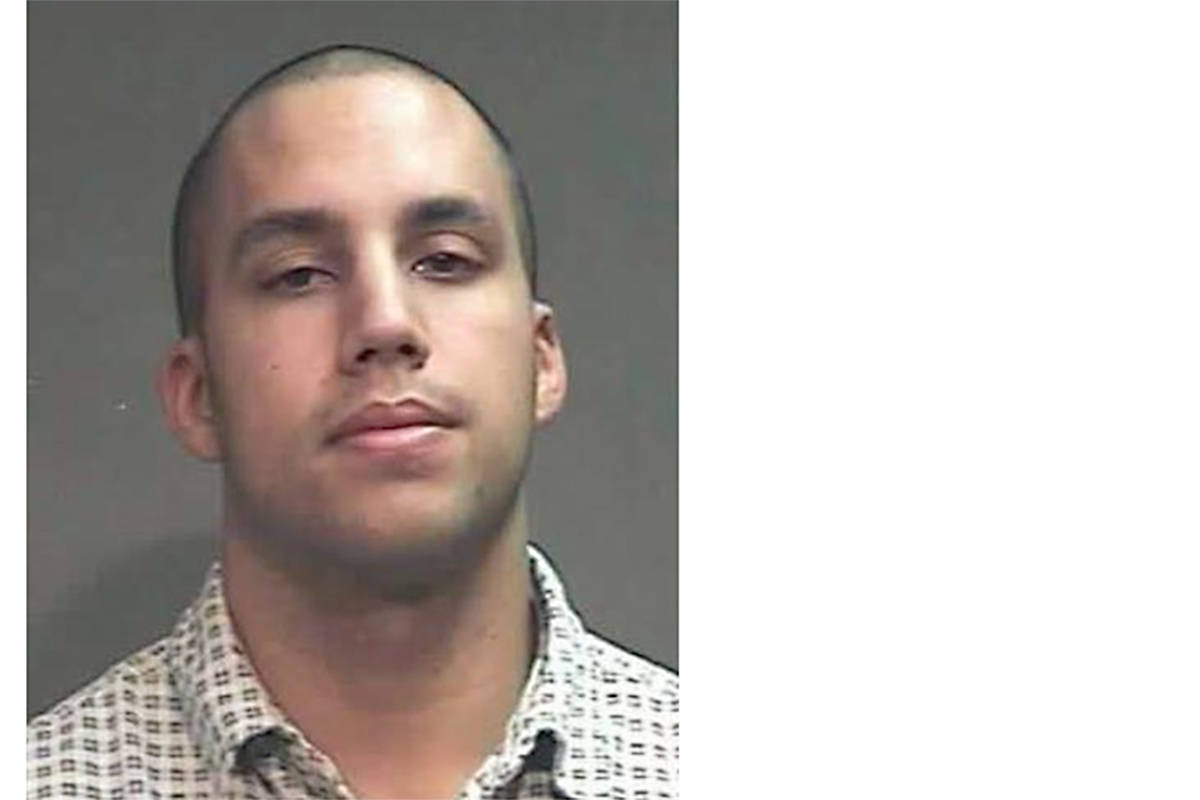 Police are still searching for Conor Vinent D’Monte, who is wanted for murder in the LeClair case. File photo