Langley’s new middle school, set to open in Willoughby in September 2019, has officially been named Peter Ewart Middle School, after Langley artist Peter Ewart, who passed away in 2001.

Peter Ewart Middle School will be converted from the current R.E. Mountain Secondary to help address concerns about capacity at Yorkson Creek Middle School in the 2019-2020 school year.

Students and staff from the current R.E. Mountain Secondary will move to a new facility now under construction nearby, carrying the name R.E. Mountain with them.

School District communications manager Ken Hoff said Peter Ewart Middle School is the first school in Langley to be named after an artist.

“He is a well-known artist that lived in Langley. One thing that struck a chord with the board was this is the first time a school has been named for an artist. Art, education and students, were all passions of Mr. Ewart.”

Ewart was famous for Canadian Pacific Railway poster art and was one of the founders of the Langley Community Music School, which opened in 1969.

In February, the Langley School District asked the public to submit names for the middle school.

School Board trustee Rosemary Wallace said a group presented the name to the board and outlined Ewart’s love for art and his involvement in the Langley Community Music School.

“They were passionate in the delivery and very good friends with his daughter, Linda Ewart, who taught at Simonds Elementary before she passed away. She really continued on his legacy of who he was as a person.”

Wallace added it’s important the arts are incorporated in the school curriculum.

“As the curriculum changes, creativity is one of the things we look at now. I don’t know how often they (schools) are named after artists.”

The future Willoughby slope catchment areas for Yorkson Creek Middle School and Peter Ewart Middle School were approved at the Langley School Board meeting on Sept. 25.

Assistant superintendent Mal Gill presented the proposed catchment areas and made recommendations to the board.

Gill recommended that the new middle school should offer programs for grades 6, 7 and 8, establish a Transition Committee to assist students, and consider catchment cross-boundary students on a case-by-case basis.

Hoff said the Transition Committee is in its early stages, but will be made up of staff, students and parents to help develop the new middle school community and address any concerns.

Peter Ewart Middle School will be ready for students in the 2019/20 school year. 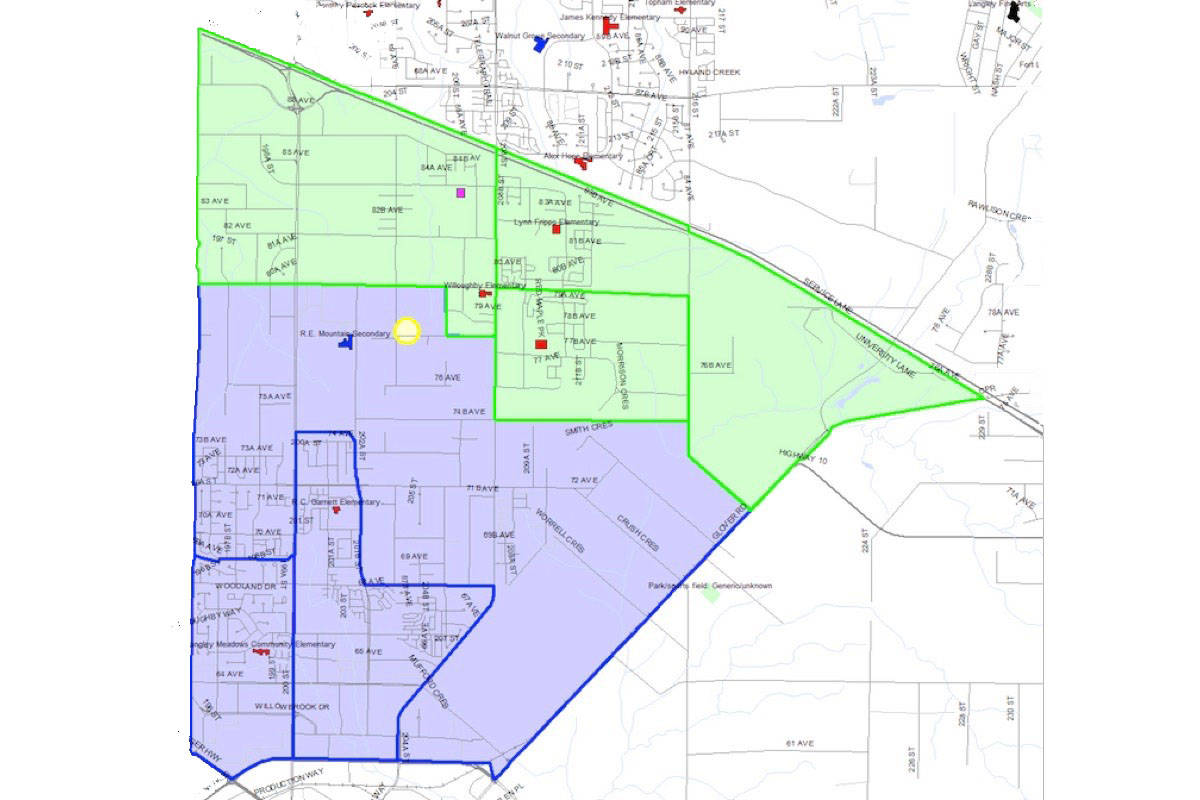