The biggest news story of 2022 in Langley is also one of the most horrific incidents to ever take place in the community – a mass shooting that ended with the gunman and two victims dead, two more victims wounded, and a community frightening and grieving.

Over the next five hours and 45 minutes, he would spark a massive police response and a region-wide emergency alert.

The attacks began at midnight, in the parking lot of the Cascades Casino, just off Fraser Highway in downtown Langley City, where Goggin shot and critically wounded a woman. She was rushed to hospital.

Goggin then disappeared for three hours, before arriving in fresh clothes at Creek Stone Place in the 6400-block of 200th Street, where he murdered Paul Wynn, 60, a formerly homeless man who had been stabilizing his life in the supportive housing facility.

According to Paul’s brother John Wynn, Paul was outside tending to one of the building’s garden plots when Goggin walked up and shot him.

Again, Goggin vanished for a time, as Langley RCMP now had two shootings in a single night.

Then at 5 a.m., Goggin shot and killed Steven Furness, 43, a local homeless man who grew up in Langley, at the bus loop on Glover Road in downtown Langley.

Finally, at about 5:45 a.m., Goggin attacked the for the final time, shooting a man riding a bicycle on 200th Street near the Langley Bypass. The man was wounded in the leg, but survived.

Goggin was shot and killed by officers, apparently in the parking lot on the northeast corner of the intersection.

In the afternmath, Goggin’s car was left in the middle of the lot, while an RCMP SUV was nose-down on the embankment between the road and the parking lot. A row of bullet holes was stitched across its windshield – police would later decline to say if the bullets were fired in by Goggin, or out by officers shooting back at him.

After four shootings, police were still not certain there had been only one shooter. At 6:15 a.m., thousands of people in Langley were jolted by a loud emergency alert on their cellphones, warning them that there might be an ongoing threat to the public, and advising them to avoid downtown Langley.

Although the shootings were over, the impact would only be felt over the coming days and weeks.

An informal vigil held the night after the attacks, on Tuesday, July 26, drew about 100 people to Innes Corners in downtown Langley City, close to two of the four shooting scenes.

Organizer Alyssa Cappon told the crowd she didn’t think so many would come.

For her, it was a personal issue.

“I, myself, was a homeless person for many years,” Cappon said.

The fact that Goggin appeared to have targeted homeless people was on the minds of many, especially those living on the streets or in shelter beds in Langley.

Several people told the Langley Advance Times that the attacks were an escalation of the harassment they already face regularly.

“I’m going to sleep at the police station, up there in the front yard. Safest place there is,” Stephan Steinfest said the day after the shooting.

Politicians locally and across B.C. were alarmed by the attacks, with both Langley City and Township mayors speaking out, as well as B.C. Solicitor General Mike Farnworth.

“This senseless act of violence is very disturbing, and completely unacceptable,” Farnworth said.

A formal vigil a week after the attacks saw another 200 people turn out to honour those who had been killed and wounded.

Very little has been released by police about Goggin. He had no criminal record, but police said he had had “non-criminal contact” with them in the past. He didn’t even have any serious traffic tickets listed under his name in the online court database.

The only encounter between Goggin and the court system seems to have been a lawsuit against him for a 2018 crash in Delta. The plaintiff accused Goggin of driving over a pedestrian island, across 120th Street, and drove head-on into her vehicle.

The case had been scheduled to go to trial next year.

Both the Integrated Homicide Investigation Team (IHIT) and the Independent Investigations Office (IIO) announced investigations of the incident. The IIO looks into all incidents where civilians are injured or killed during an interaction with police. Their report has not yet been released.

In the aftermath of the attack, IHIT officers asked the public for any tips they had, including sightings of Goggin before or during the attacks, as they attempted to determine his motive.

With Goggin dead and no suspicion that he had any accomplices, there will be no trial. 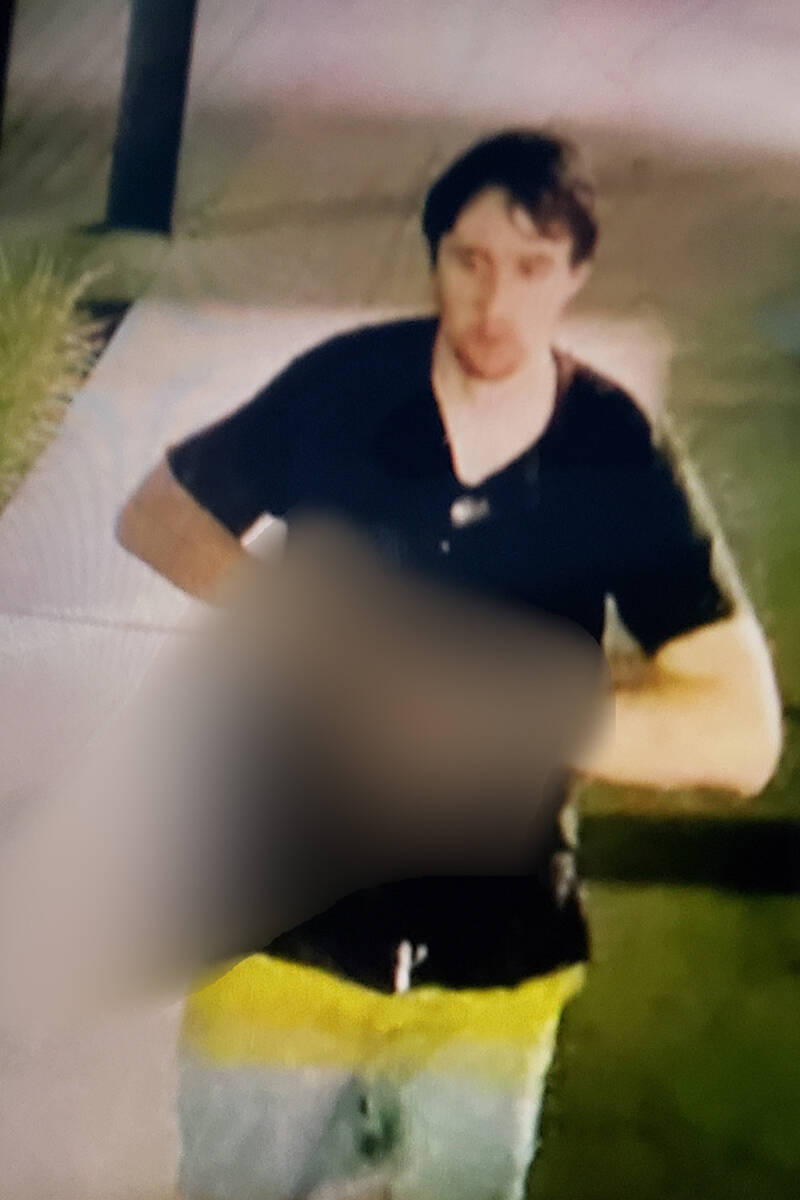 Jordan Daniel Goggin is the suspect in four shootings in Langley that killed two and injured two more. He was killed by police Monday morning. (IHIT/Special to Black Press Media)